You make art late at night, Early in the morning,

Whenever you can etch out the time

To carve a glinting facet

The art of glyptics – carving on precious and colored stone, ivory, glass, metal – originated so long ago that now it is impossible to name the exact timeframe of its appearance. Stone-cutting figurine, intaglio, cameo, medal... all of this is a sculpture of small forms. 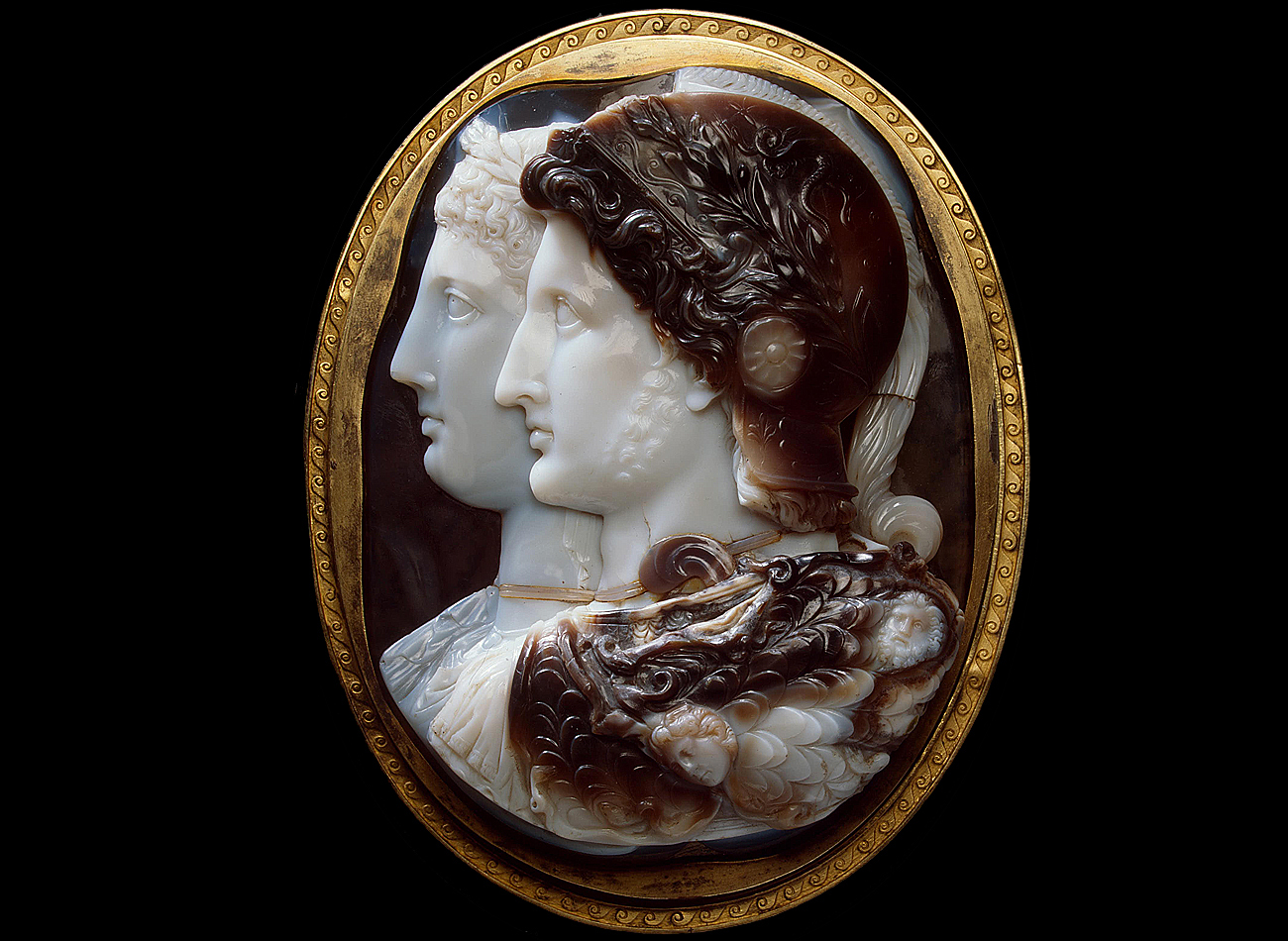 Our acquaintance with the art of glyptics with the Renaissance. The middle ages led the art of stone carving almost to the complete decline. However, the late-antique and early Christian gems continued to be valued so highly that they — regardless of the subjects depicted on them – decorated crosses and frameworks of icons, crowns and reliquaries, they could be seen on the covers of the gospel books and priceless folio. With the seizure of Constantinople by the Turks in the 15th century, the Greek masters of stone carving found refuge in Rome and gave a new impetus to the development of this art in Italy. 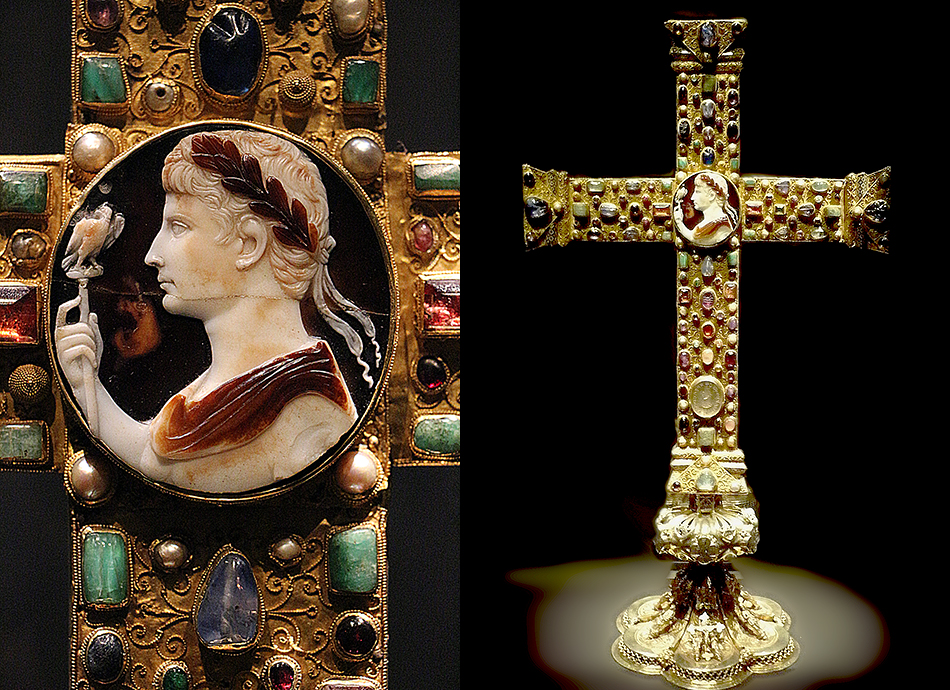 Its highest flowering the stone-cutting art is experiencing in the 16th century, and reaches a level comparable to the ancient one. At this time, Lorenzo de' Medici entrusts Giovanni Desiderio Bernardi of Castelbolognese to teach that art in Florence. Bernardi was one of the most famous stone carvers of his time, for the beautiful works made in the carnelian (cornelian) he was called Giovanni delle Carniuole. He worked as a successor of the famous sculptor and jeweler, artist and medallist Benvenuto Cellini at the papal mint and is recognized as a renewer of stone-cutting art in Italy. 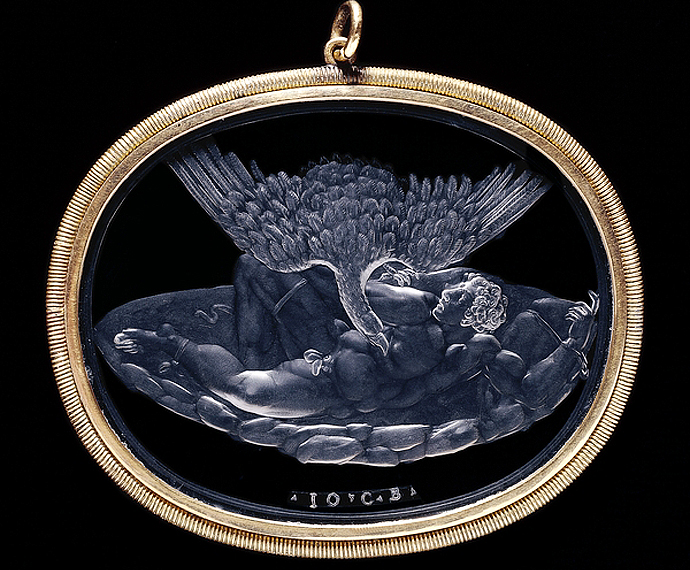 Benvenuto Cellini, the famous Florentine sculptor and medallist of the XVI century, did not escape the fashion trend. In the Arsenal of his works, there is at least one engraved ruby, set in the ring of gold and silver, and depicting the coat of arms belonging to Jan Zamoyski, the Chancellor and the Great Hetman of the Polish–Lithuanian Commonwealth, the richest nobleman of his time. Today, this jewel, which once was the pride of the Treasury of the Polish gentry family, has become the subject of a detective investigation. 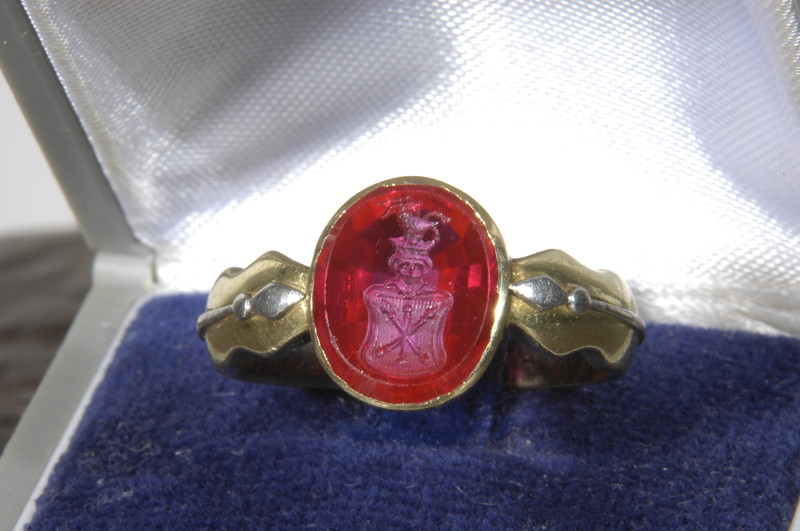 The ruby ring by Benvenuto Cellini.

Italian masters, who lived in a stormy time, filled with dramatic events, depict emotional, energetic, passionate faces on cameos. For the expression, they did not have enough low-relief antique cameo: the face of the person portrayed is taken out of the plane as much as possible, it turns in three quarters, it is represented in an unusual sharp turn. The leading Italian masters of this period are considered to be Domenico Campagna (a.k.a. dei Camei) and Ambrosio Caradosso of Pavia, the first one to bring himself to the diamond carving (he carved portraits of the Church Fathers on the diamond for Pope Julius II). 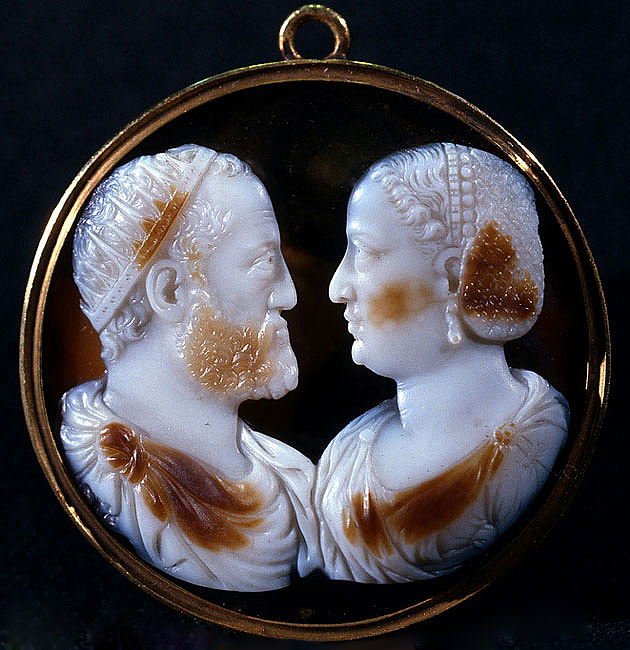 Although the resurrection of the art of gem cutting in Italy revived the development of glyptics in other European countries, Italy kept maintaining a leading position in this area. This shall be primarily applied to Milan, where Miseroni, the family of stone-cutters, worked. Their stone-cutting masterpieces made of agate, lapis lazuli, heliotrope can be found in the largest treasuries of Europe. The sixteenth century was marked by the excellent work of another family of Milanese stone carvers – the five brothers of Saracchi: Simon (born in 1548), Giovanni Ambrogio (born in 1550), Stefano (1551-1595), Raphael (died in 1595) and Michele – the fame of which resounded throughout Europe. Amphorae and caskets made of rock crystal by Annibale Fontana (ca 1540-1587), Valerio Belli and Jacopo da Trezzo (1514-1589) also testify against high development of glyptics in that era. 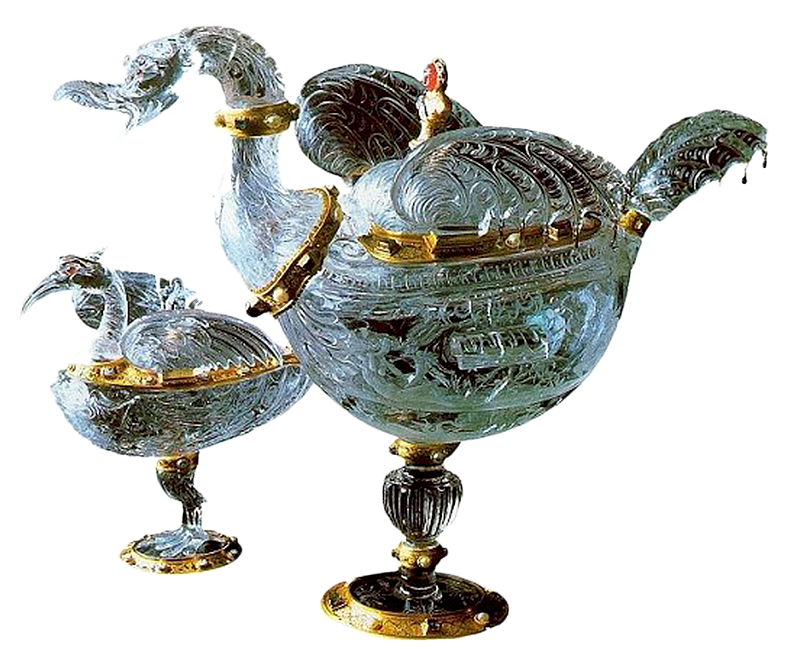 The revival of the art of glyptics in Italy contributed to its development in European countries such as France and Germany. This was facilitated by the policy of the Holy Roman Emperor Rudolf II of Habsburg (1552-1612), who gathered outstanding stone carvers at his court, and the Bohemian wealth of gems included at that time in the Empire of the Habsburgs. One of the outstanding stone carvers of Emperor Rudolf II can be considered a native of the ancient Milan dynasty of jewelers, Ottavio Miseroni (1567-1624). Being a young man, he arrived in 1588 in Prague and would stay there forever. Having started as a stonecutter at the court, thanks to his talent and perseverance, Miseroni was appointed to the post of guardian of the imperial collection of works of art, stored in the Royal Palace in Hradcany. 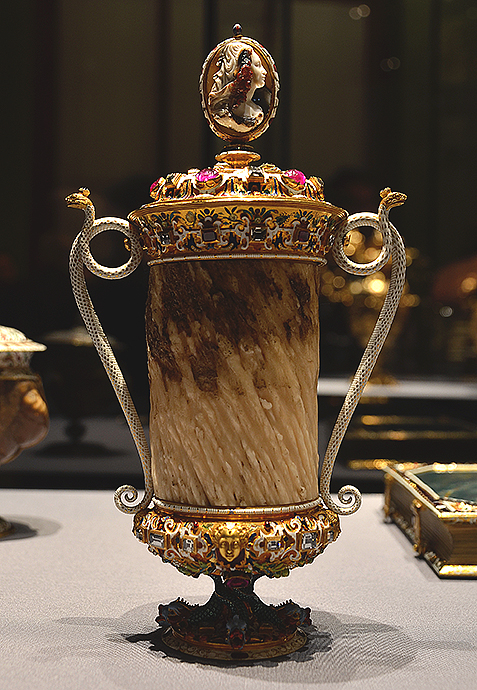 Cup of "unicorn horn" (narwhal ivory) by Jan Vermeer,
made in Miseroni's workshop in Prague in 1600.

All his knowledge he gradually passes to his son Dionisio, who from a young age was to become a devoted student of his father, quickly learning all the secrets of wisdom and sophisticated artisanship. By growing up a little, Dionysio helps his father in the management of the imperial collection. 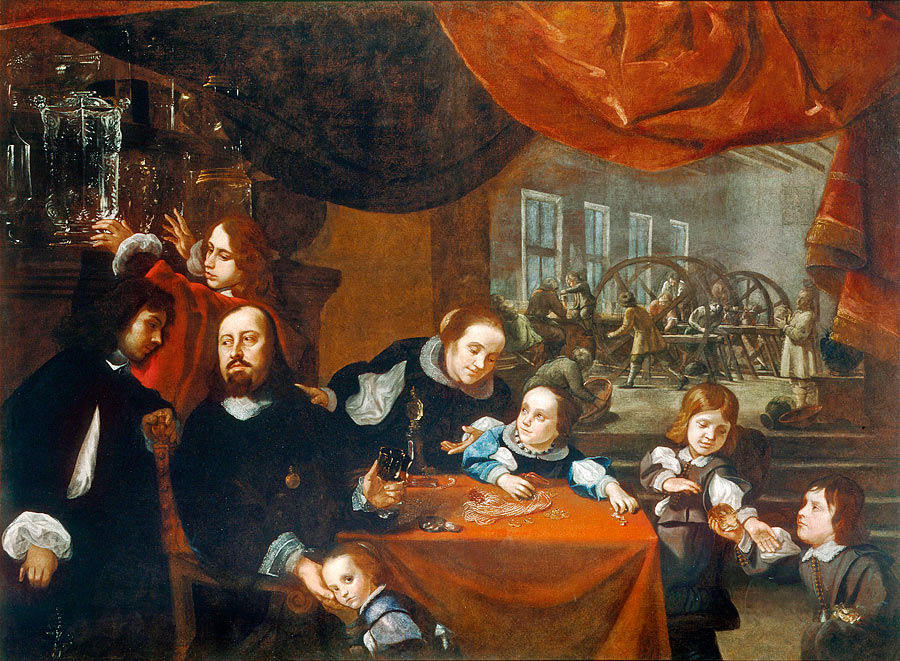 It was to him, Dionisio Miseroni, in 1641, Ferdinand II, the Emperor of the Holy Roman Empire, would order to make the world's only emerald unguentarium out of a huge emerald, which has still been the world's largest one ever subjected to treatment. The exact weight of the original, untreated crystal is unknown, but it was more than three thousand carats. This vessel is unique and virtually priceless, although they have been trying to find a suitable monetary equivalent throughout the past centuries. 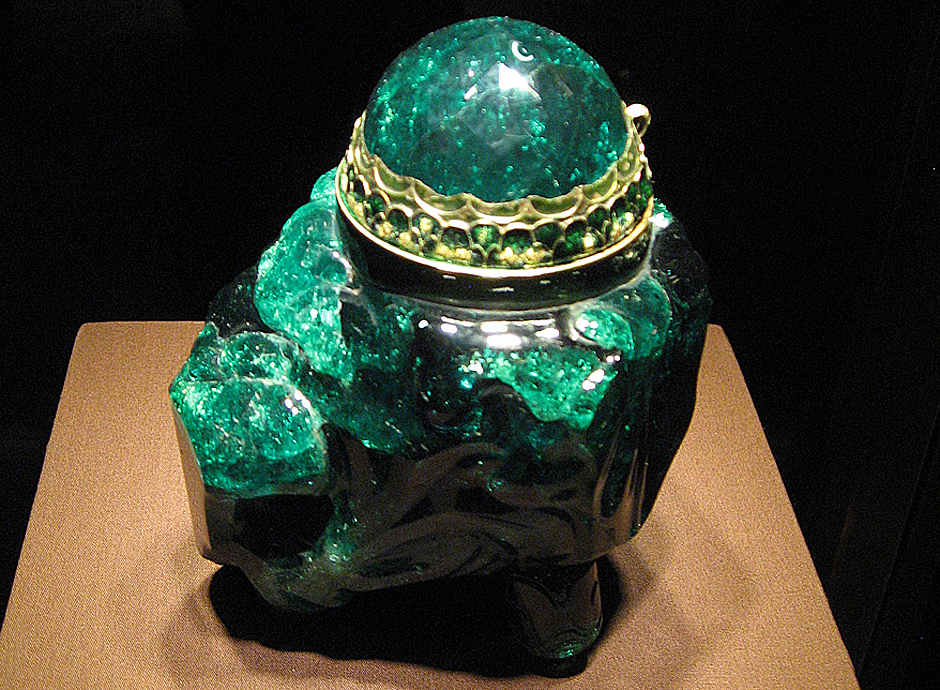 The world's only emerald unguentarium. The weight of 2860-carat emerald (572 g),
the Hofburg, Vienna.

At the same time, the intaglios made of mother-of-pearl become fashionable. One of the centers of their creation in Germany was Nuremberg, where, in particular, drawings and engravings by Albrecht Dürer served as the standards. German artisans studied the art of glyptics first in Italy, mainly in Milan, and later in France, in Paris. Hans Neuburger, Daniel Engelhard (died in 1552), and Lucas Kilian (1579-1637), who was so skillful carver that he was called the German Pyrgotĕles were the most famous ones among them. 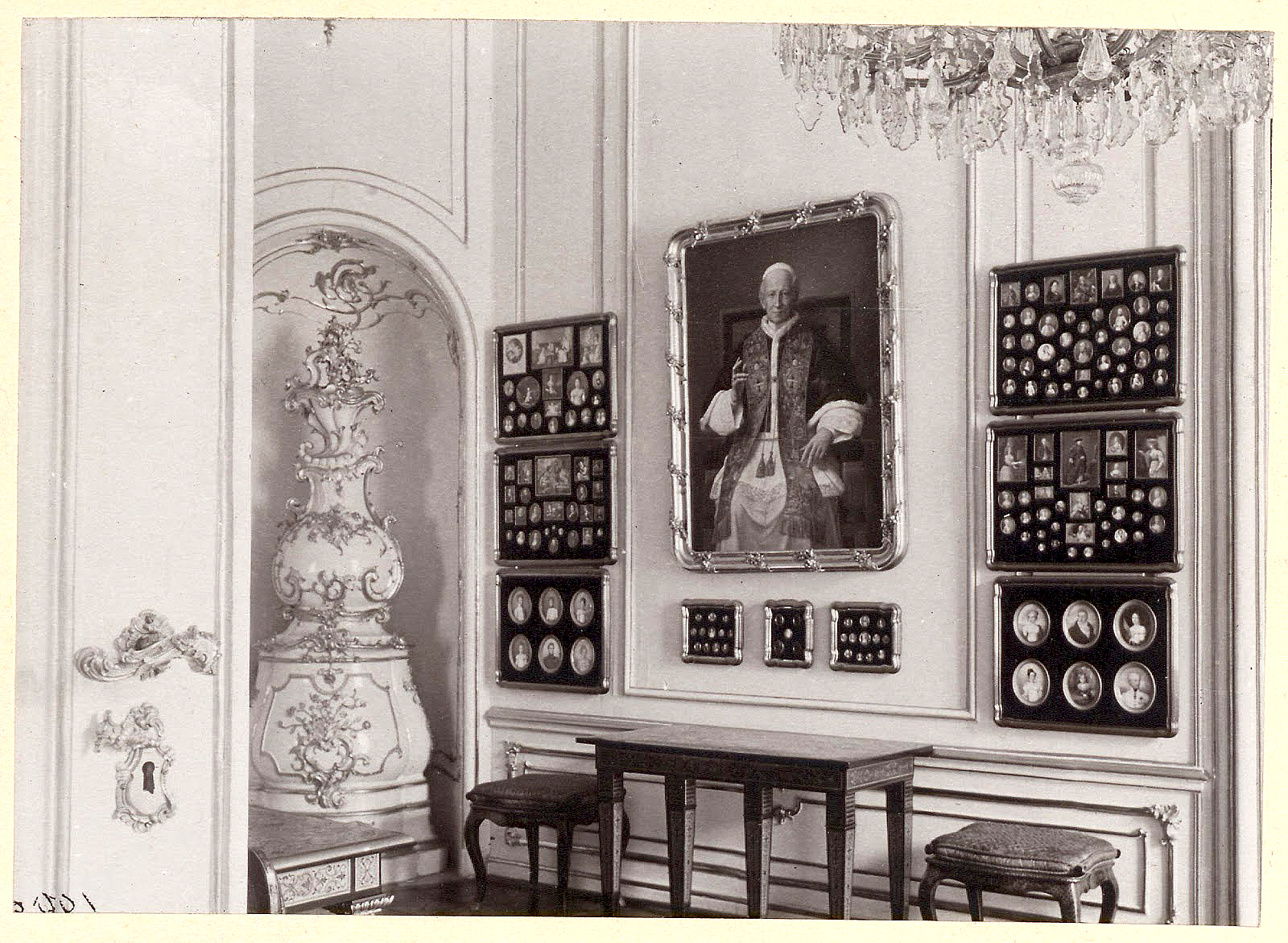 Historical photo of a miniature study in Hofburg. Framed cameos are located directly under the portrait of Pope Leo XIII, surrounded by two miniature tables. The photo by Paul v. Salis-Soglio, 1904.

After that, a break of almost 200 years in the development of the art of carved stone comes again. Until the period of the neoclassical movement of the second half of the 18th century – the first third of the 19th century was marked by archaeological discoveries in Pompeii and Herculaneum. Thanks to them, Europe was conquered by the real fashion for glyptics. Collections were formed at all the European courts. 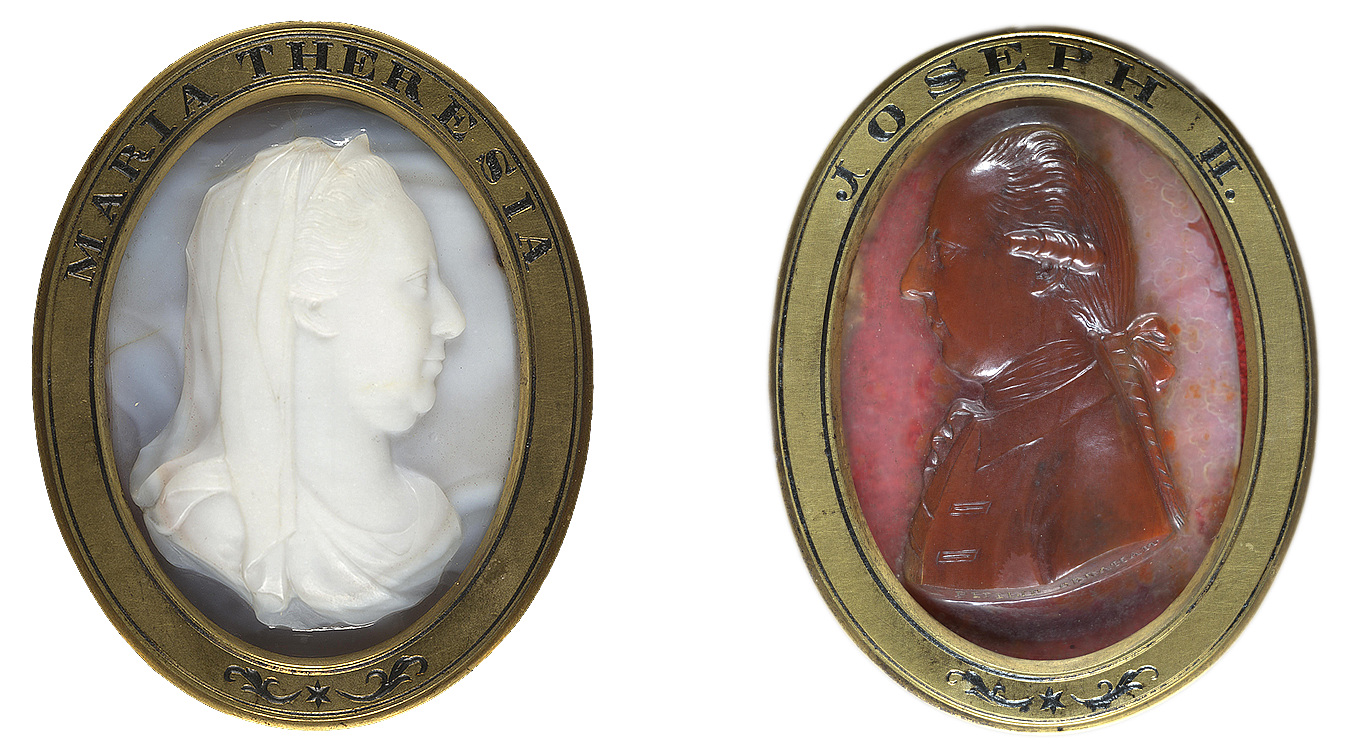 By the end of the 18th century, national schools of carving on natural decorative stones were formed in France, Germany, England, Austria and later in Russia. The main center of carving is still Rome, where the works of the Pichler family become more famous at that time. Joseph Anton (Antonio) Pichler (1697-1779), a Tyrolean by birth, moved to Italy in the first half of the eighteenth century. Johann (Giovanni) Pichler (1734-1791) will be recognized the most famous of all family members. Born in Naples on January 1, 1734, but raised almost in Rome, where his father moved in 1743. Giovanni was the son of Antonio Pichler from his first marriage and, by having adopted the technique of carving on hard stones from his father, he completed his artistic training at the artist Domenico Corvi (1721-1803). He, in turn, teaches the family craft to his stepbrothers Johann-Joseph (Giuseppe) Pichler (1760-1820) and Ludwig (Luigi) Pichler (1773-1854). 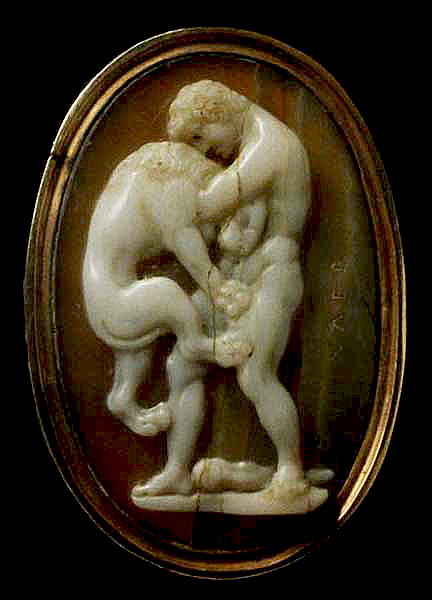 At the beginning of his career, Giovanni was an artist experimenting with encaustics and mosaics. Encaustics is an ancient technique of painting, in which the binder of paints is wax. As a rule, it is applied on the wall, marble, wood, terracotta, ivory, on canvas very rarely. The technique involves melting of the pre-cooked pieces of wax mixed with paint, on fire, on a metal palette. Paints are applied not only with a brush, but also with a heated metal stick. His first works on historical themes, made in the encaustic technique, Giovanni performed in the monasteries of the Franciscans and Augustinians. 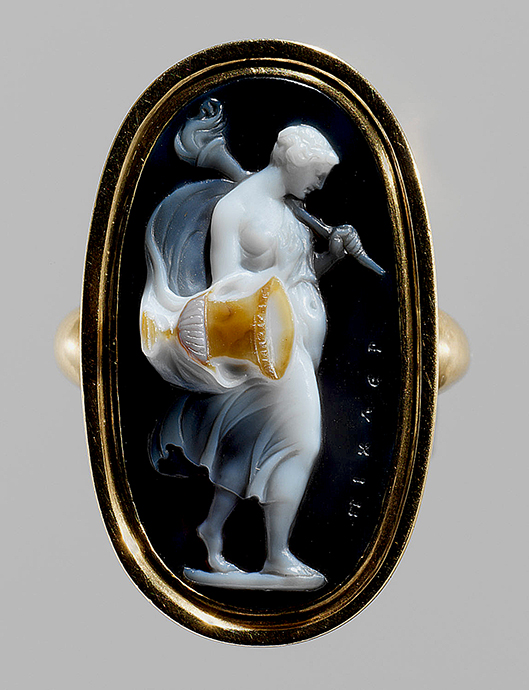 Giovanni Pichler. Young Woman with a Torch and a Vase. 1770-90.
The Metropolitan Museum of Art, New York.

By improving his skills in stone carving, Giovanni gradually moves away from painting, and fully devotes himself exclusively to stone carving, performing the work of the greatest beauty and elegance. 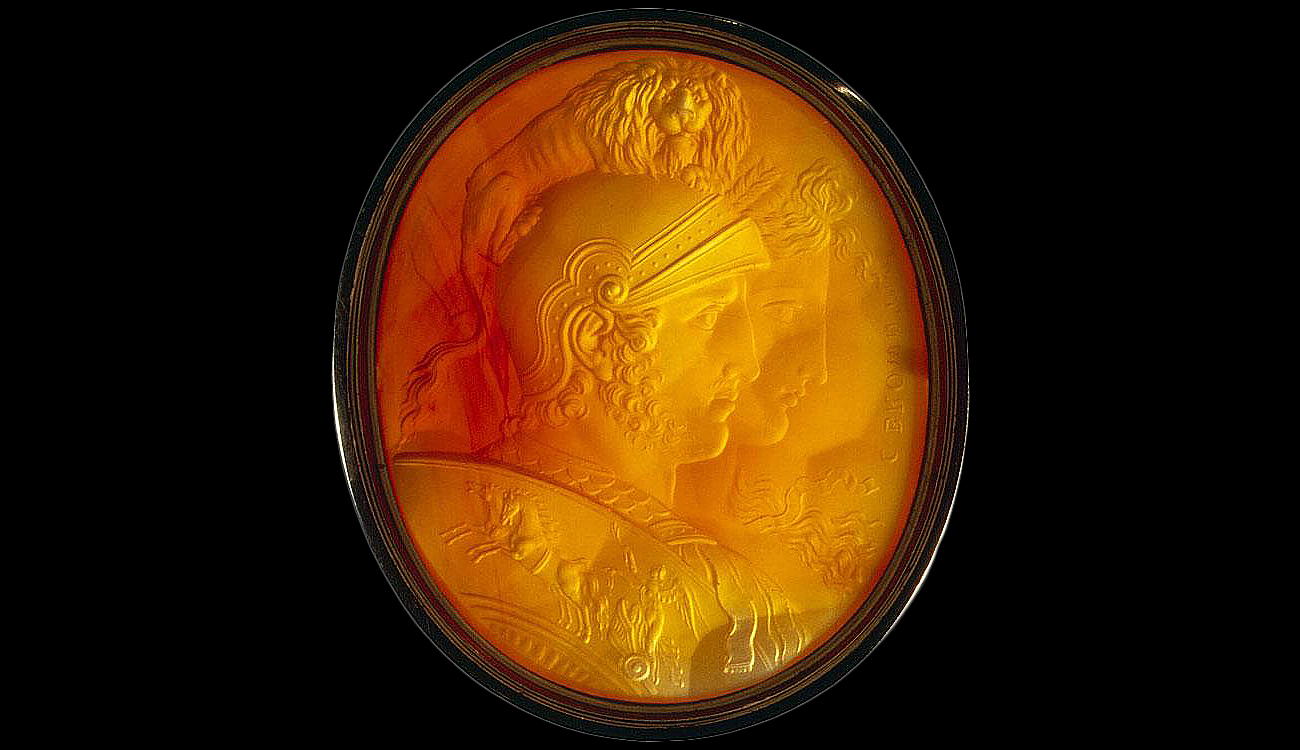 The second largest center is London, where the school of stone carving was opened. The most highly valued works of Nathaniel Marchant (1739-1816), one of the most important representatives of classicism and a rival of Giovanni Pichler and Brown brothers – William (1748-1828) and Charles (1749-1795). Their remarkable products are characterized by virtuosity in the use of colors and stone structure. Especially good entail, usually carved on the brothers' favorite red and yellow carnelians. 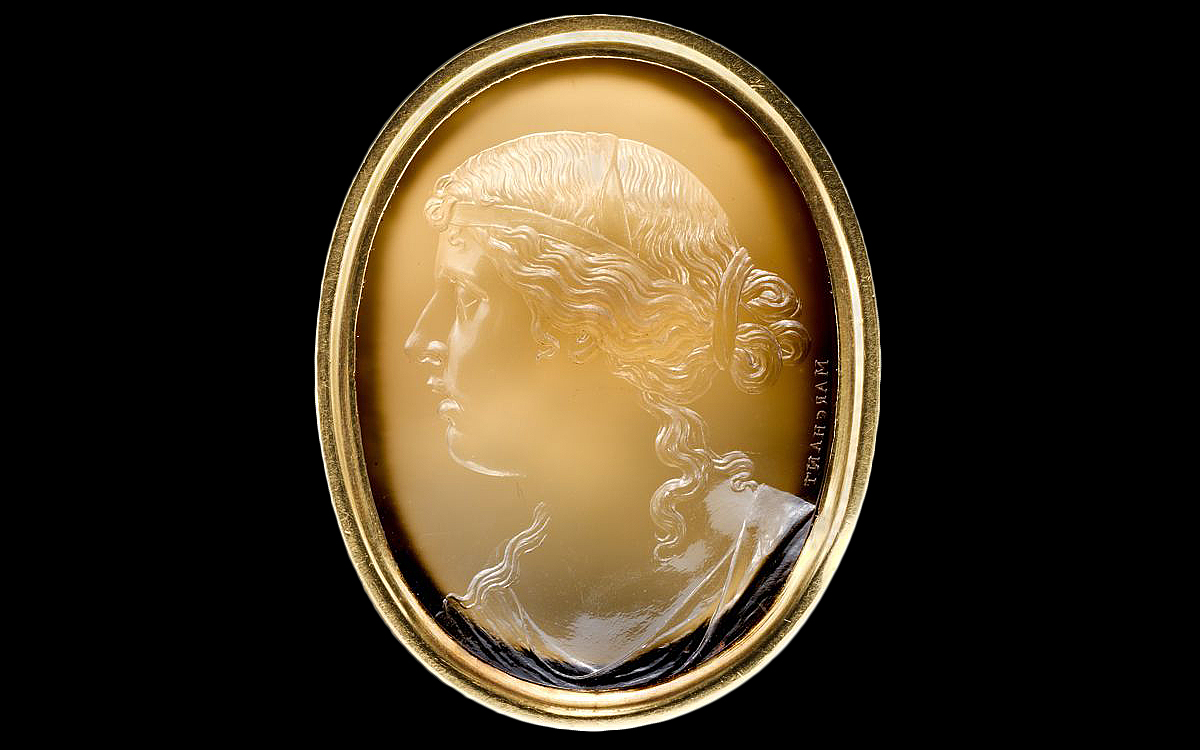 It is impossible to ignore Johann Lorenz Natter, the famous artisan of German Switzerland, connoisseur and collector, the author of the catalog of antique gems in private English collections with his own drawings, and Johann Christoph Dorsch (1676-1732), the artisan from Germany. His best works include the garnet with the image of Alexander the Great, as well as a series of portraits of Russian tsars. 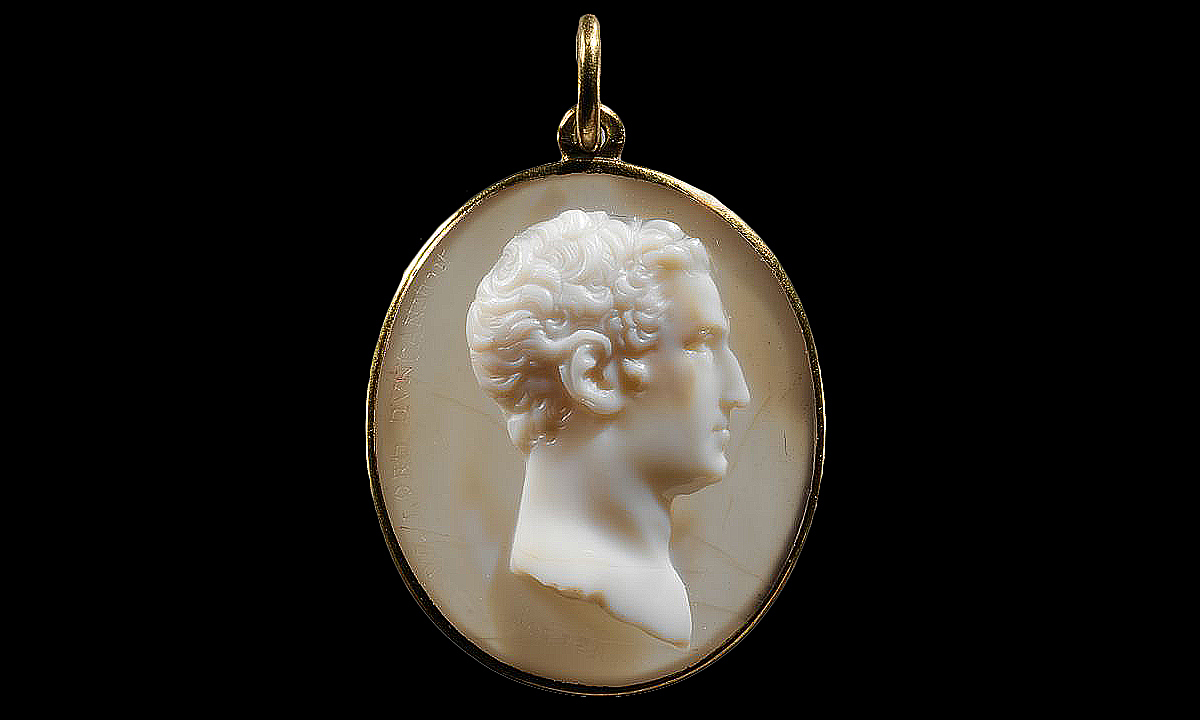 Quality and complexity of works by Gottfried Benjamin Tettelbach (1750-1813) were on a par. This Dorsch's compatriot was the engraver of gems and coin-operated stamps, lived in Dresden, and held the employment of Saxon Court and Cabinet. 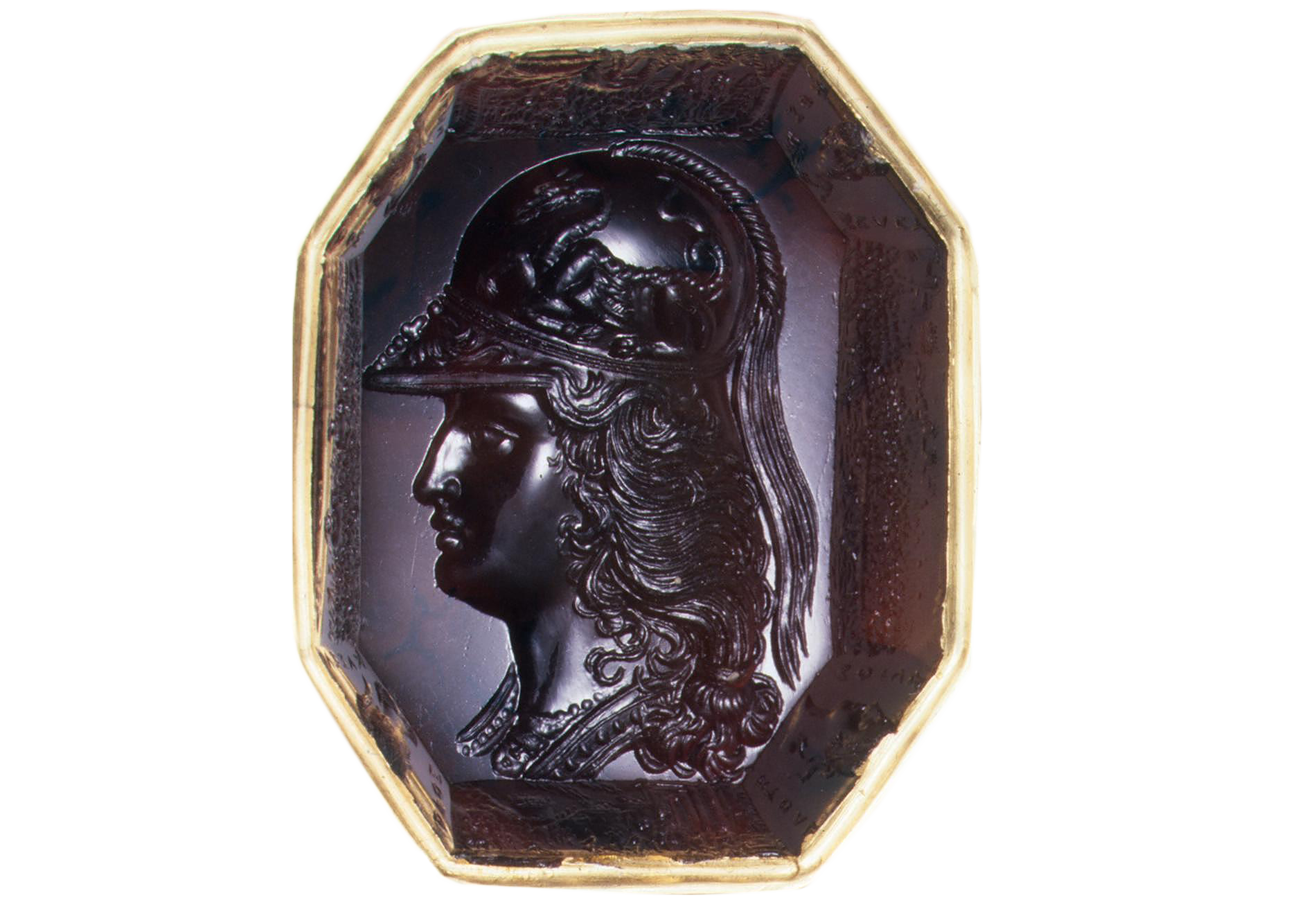 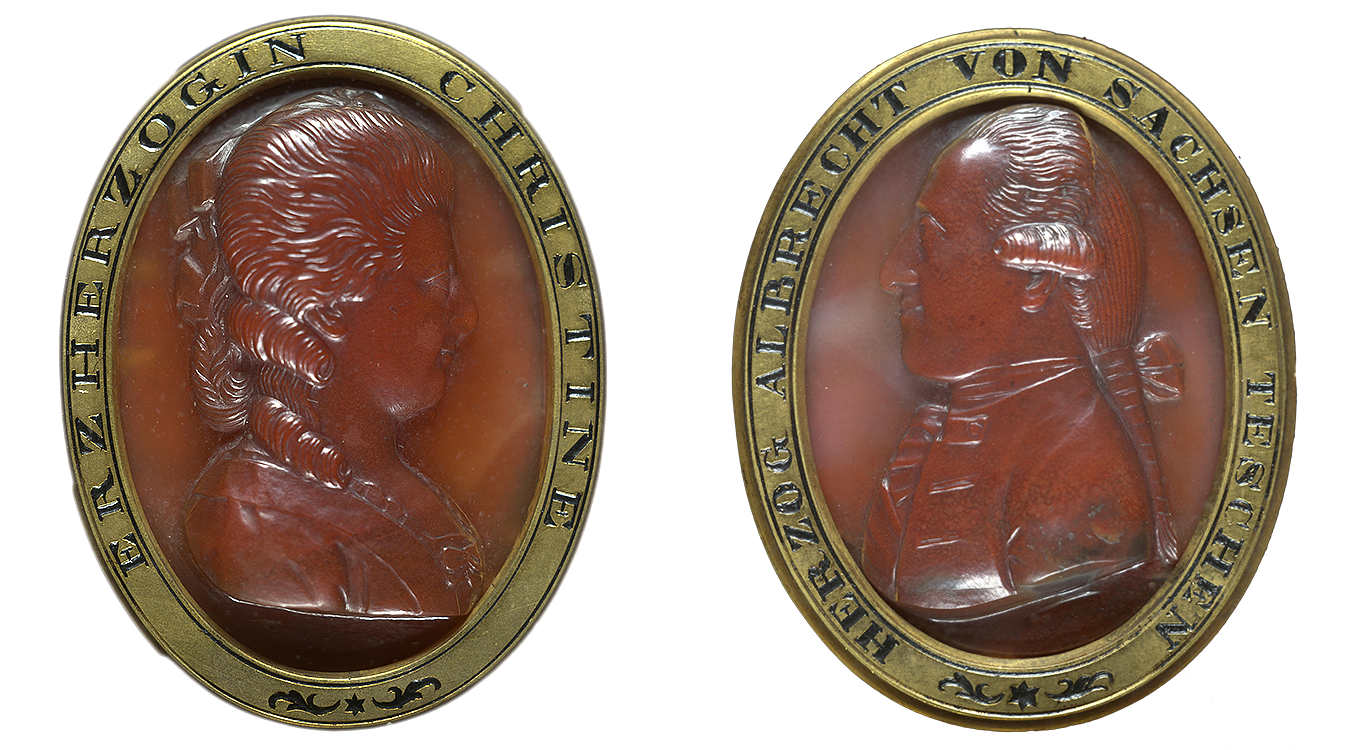 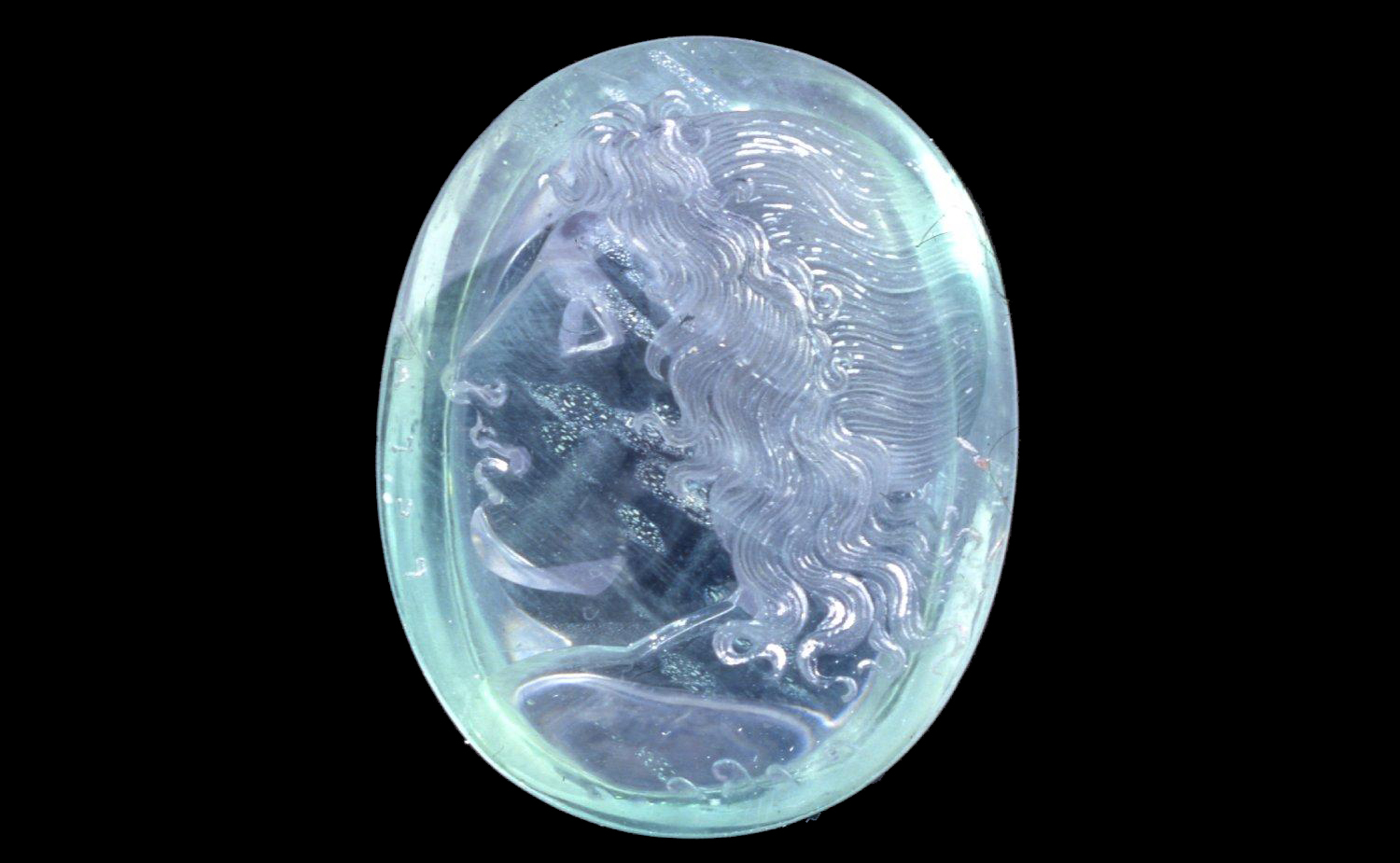 and engraved gems by Frenchman Jacques Guay (1711-1793), court engraver of Marquise de Pompadour, whose paintings were distinguished by exceptional fineness. 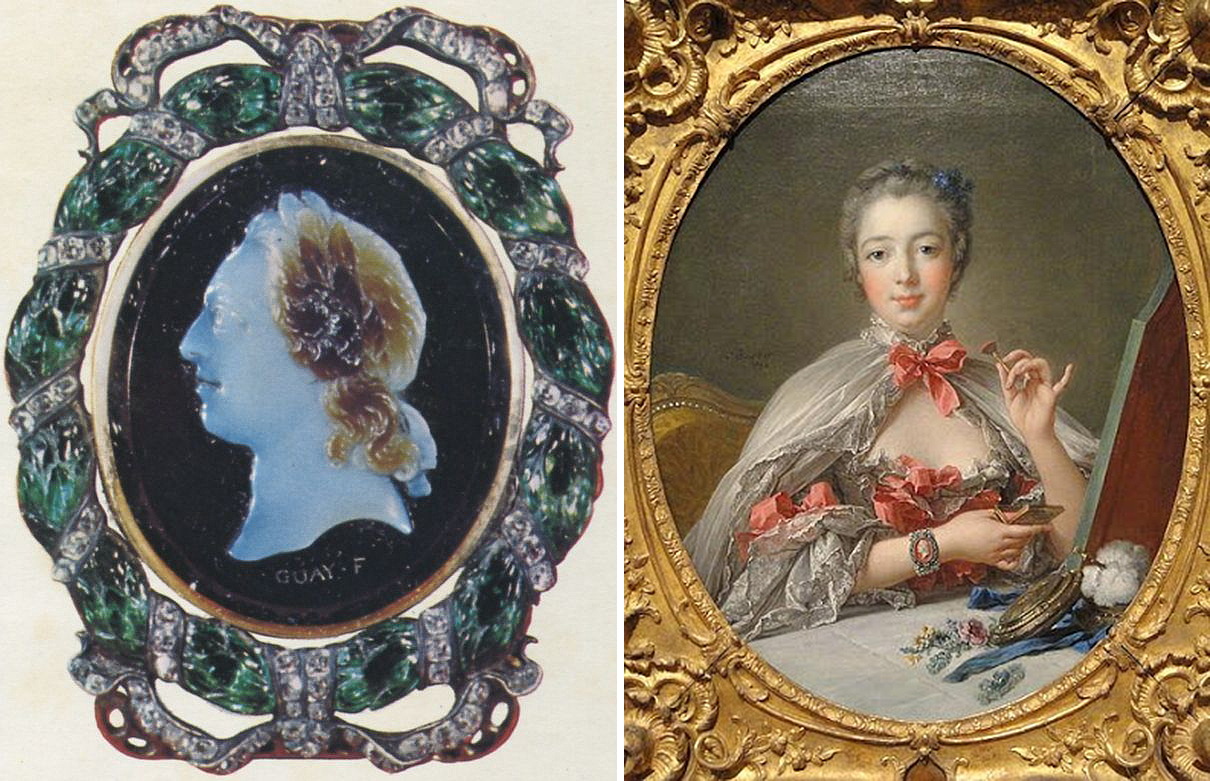 A special place in the glyptics is taken by ivory carving. Since time immemorial, the masterly artisans of ivory made interior sculpture, decorative objects of daily life and worship, which were of extreme beauty and craftsmanship. By right, these magnificent masterpieces occupy their places of honor in the world's best collections. Often the fees of the most talented and sought-after ivory carvers exceeded the fees of the best jewelers. Over time, interest in ivory products has not faded, finally moving from the field of necessary, in the field of art, wealth and luxury. Currently, ivory products have become an indicator of the high social and material status of their owners. 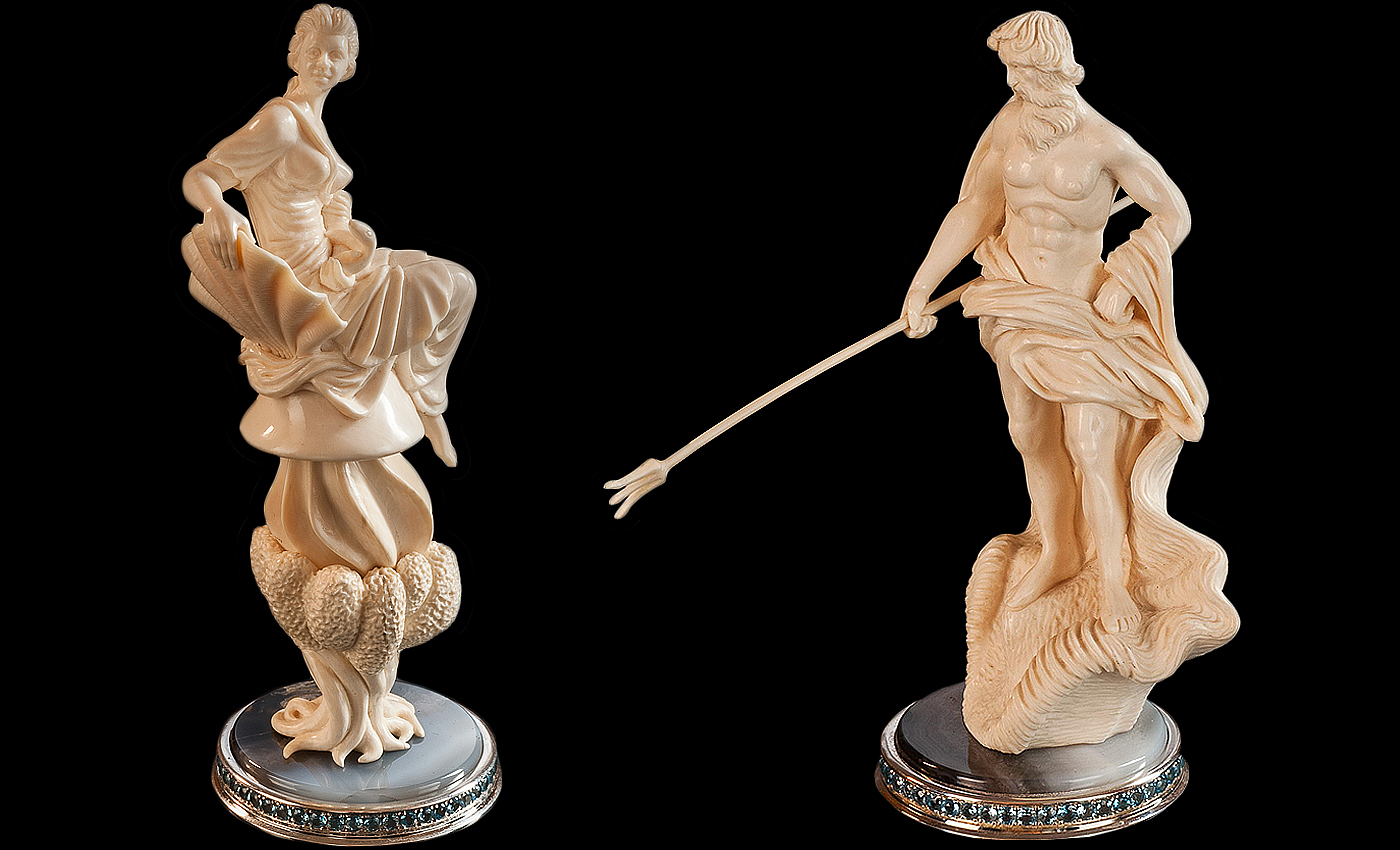 Aristocratic splendor, wealth of imagination, impeccable style, refined taste, high quality and fine workmanship characterize each item made by artisans of Lobortas turning those into a true value.