In 1925, the International Exhibition of Modern Decorative and Industrial Arts was held. In the jeweled works of 30 different artists presented at this exhibition, the aesthetics of the era reflected surprisingly clearly: abstract shapes, clear volumes with smooth surfaces, sharply marked faces, restrained and contrasting tints, a variety of materials in the most unexpected combinations. The form was dominant. The era of art deco began.

Brooch. Cartier, 1924. Cabochon sapphire at 57.63 carats in a figured cartouche of mother-of-pearl,
diamonds and onyx. The frame is made of rock crystal with two pearls

Cartier showed incredible insight. The first designs of jewelry in geometric shapes appeared at Cartier in 1907. Art Deco was a style that opposed futuristic fashion, by creating works expressive and original, but not being in harmony with the human body. Therefore, in 1925, the House of Cartier refused to show its works with other jewelers in the Grand Palais and decided to deploy its exposition in the pavilion of Elegance, next to well-known designers.

Strap bracelet. Cartier, ca. 1929. The branch is lined with diamonds, the leaves are carved rubies, berries are round sapphires and emeralds with diamonds, and the frame is of platinum.

Just had time to get used to the new style, as Cartier presented another discovery: white Art Deco. Gradually, color left jewelry, and geometric shapes became more conservative. In jewelry by House of Cartier, unusual white note sounded. The emergence of a new style is associated with the arrival of Jeanne Toussaint, a new employee in the House of Cartier. She was temperamental woman with a special taste and unimaginable commercial flair. Few people know that the famous black and white motif of “panther skin” – a favorite theme of the artists of the House of Cartier — owes Madame Toussaint for its appearance or rather her nickname. 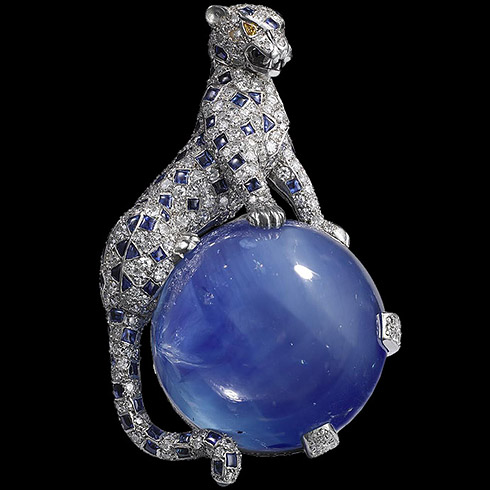 Panther brooch of the Duchess of Windsor. Cartier, 1949.
Panther of sapphires and diamonds sitting on a sapphire cabochon of 152.35 carats. Mounted in platinum.

Jeanne Toussaint was engaged in the development of silver products. Jewelry and trinkets, made under her leadership, had the extraordinary success. However, evil tongues said that the success of all is only that Jeanne enjoys a special favor from Mr. Louis Cartier. Whatever it was, the silverware by Cartier did transform. Leather was added to the noble metal with exquisite enamels. Some elements were covered with gold. Ordinary table jewelry turned into the most exquisite works of art, even completely useless little things were bought up by wealthy clients. 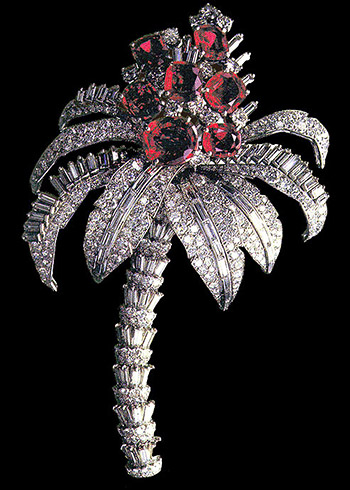 Palm Brooch. Cartier, 1957. The leaves and trunk of rounded and elongated diamonds on platinum,
the bunch is of rubies and diamonds, the trunk is flexible.

However, Louis Cartier, fascinated by the elegance of black and white compositions, did not reject the color. Europe or rather Cartier in person assembled customers from all around the world. Oil tycoons from Arab countries bought expensive jewelry from Cartier; Indian Maharajas brought ancient jewelry with huge precious stones, the gems of the most incredible colors and shades to the restoration. Jacques Cartier and his Brother Louis collected the treasures of Maharajas, in order to pour this screaming-bright precious rain on the amazed fashionistas. Jewelry, household items, table trinkets exploded with colors, shades and halftones. House of Cartier called this style Tutti Frutti (Fruit Salad). Rich color gems turned into intricate flowers and fruits. 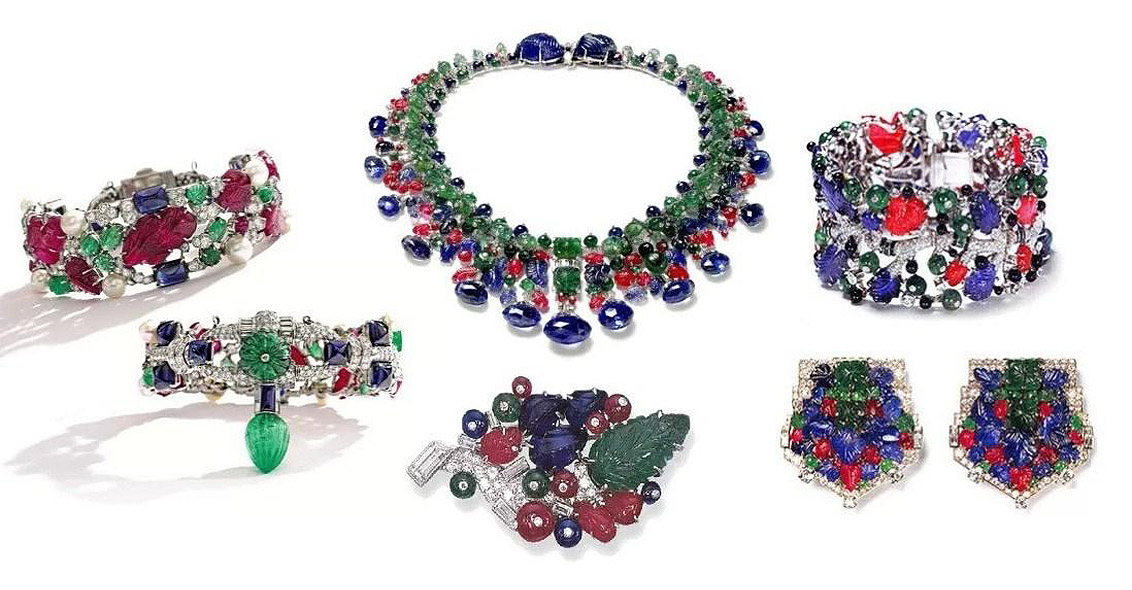 Cartier. Products in the style of Tutti Frutti.

A series of table jewelry such as "Lilies of the Valley" was created. The flowers themselves, as a rule, were made of carved stone, stems and leaves – of gold or gilded silver, and vases filled with illusory water – of rock crystal. The thing that was called aimless Oriental splendor and vulgar bad taste yesterday has now become the pinnacle of elegance. 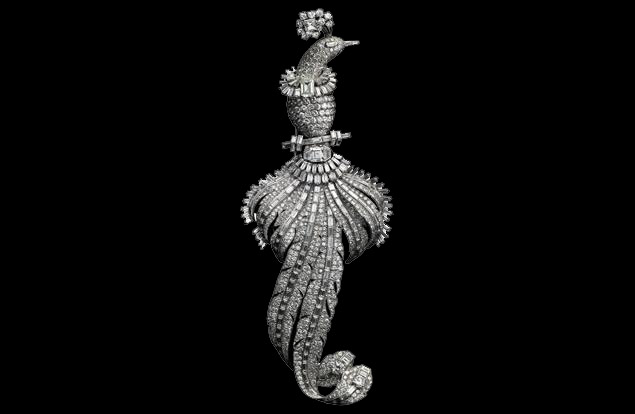 The Bird brooch. Cartier, 1957. Jeanne Toussaint was inspired to create this work by
a growing number of women who wanted to celebrate their increasing independence while remaining feminine.

The House of Cartier escaped the Great Depression, the greatest economic crisis that began in 1929, more or less safely. In terms of sales, it was ahead of competitors in Europe and America. The name of Cartier has become synonymous with impeccable quality and noble luxury. It was during the period between the two world wars that the most of the legendary Cartier jewelry was created. In addition, the House was a success in the American market, which is a considerable merit of Pierre Cartier. Out of the three Cartier brothers, Pierre, who inherited from his father and grandfather a special courtesy, diplomacy, wholesome ingenuity and business acumen was the most talented and perspicacious businessman. One example. Pierre long hunted for Evelyn Walsh McLean, one of the richest women in America. At first, Ms. McDean bought from Pierre Cartier gorgeous diamond Star of the East with a weight of 94.8 ct. The French jeweler kindly allowed Evelyn to take the diamond for one day without payment. The trick worked, and the next day Evelyn Walsh McLean bought the jewel. 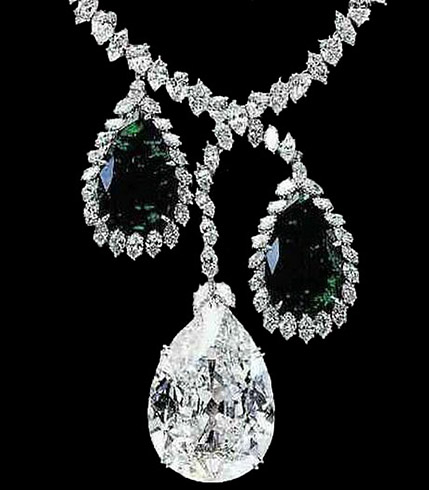 The Star of the East 94.8-carat diamond. 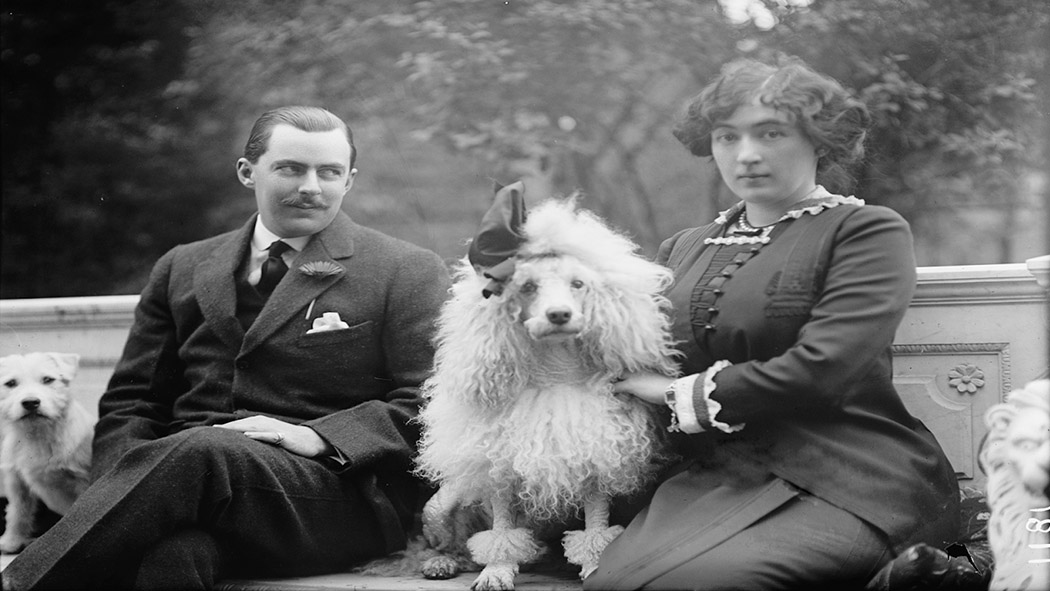 Five years later, Ms. McLean bought from the same Pierre Cartier another unique stone: 45.52-carat blue diamond for a price of 154 thousand dollars fabulous at the time. In order to sell the stone for such money, Pierre Cartier composed a poetic legend about it. And as if casually added that, according to legend, this stone can influence positively just for the owner, who honestly bought it. Businesslike jeweler promised that if Mrs. McLean had the slightest personal trouble within six months, she would be able to return the stone immediately. It was Pierre Cartier to have sold the jewels of the house of Romanov and Prince Yusupov. 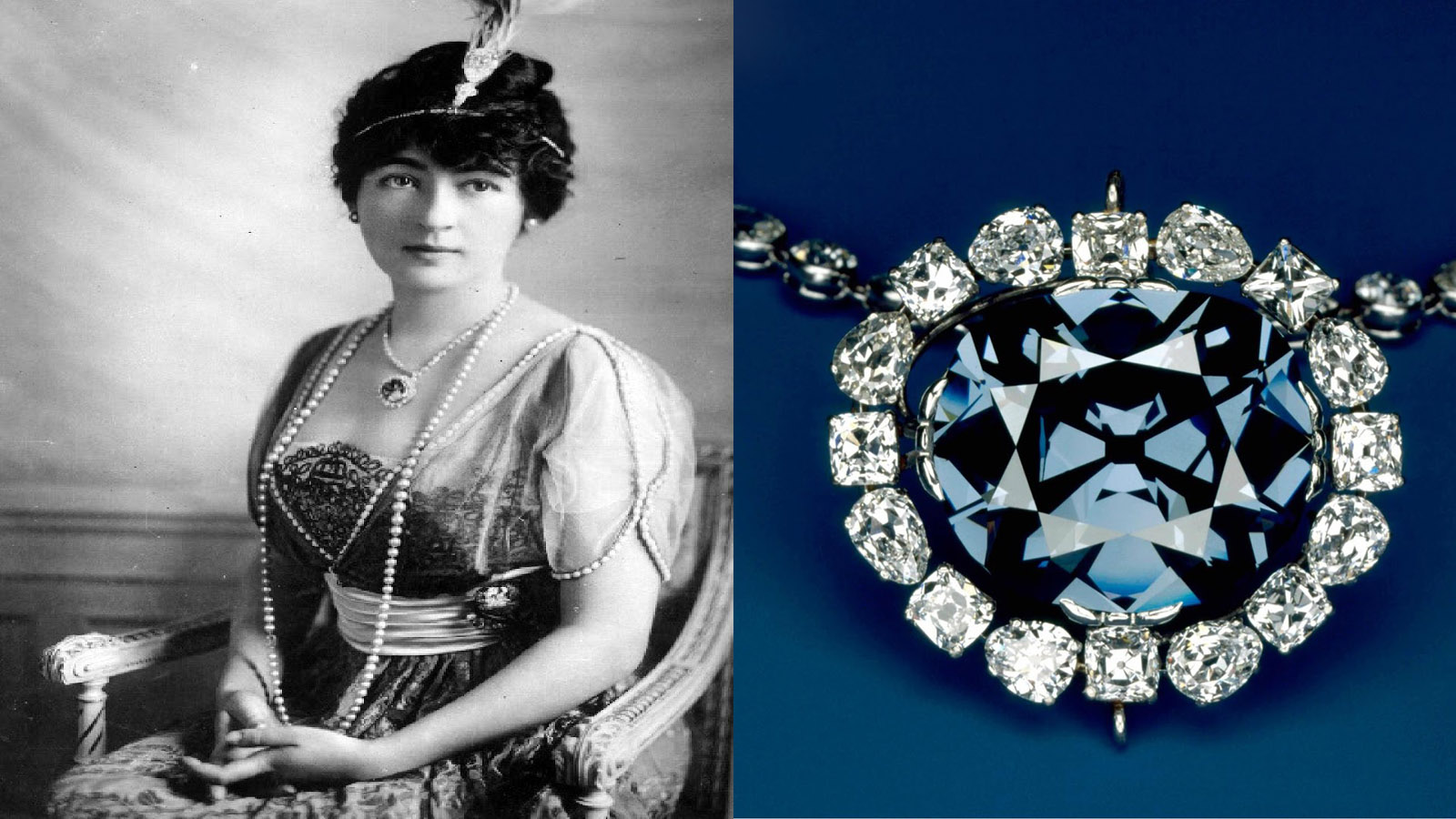 In 1933, Jeanne Toussaint took the post of the company's head. The House of Cartier had entered its golden age. The most unimaginable projects were implemented. The things that seemed to be groundless dreams became a reality. Under the guidance of Madame La Panther, the geometrism of Art Deco was painted in perfect white. But for London, the House of Cartier has always offered a collection of colored jewelry as a tribute to England's long-standing ties with India. Shapes of jewelry by the House of Cartier became voluminous. They sometimes gravitated to the massiveness, which ddid not exclude the usage diversity of the products. Georges Bezault, who was responsible for Cartier's technicality, proved it. He invented many of the most useful things: hinges, clasps for necklaces... Most famous invention by Bezault is clips. Such jewelry transformed from clothespins for linen changed their form without anyone's help. The clips could be worn separately: when joined together, they turned into a brooch; when attached to the bracelet, they decorated it; in the center of the necklace, they turned into a pendant. The lines became more flexible. The House created a series of funny brooches: Ladybug (1936), Hand with Rose (1937), Indian Head (1938).

Dragonfly Brooch. Cartier, 1953. The body is a cabochon emerald, eyes and tail are made of rubies,
webbed wings, antennae and legs are made of diamonds, a frame is of gold and platinum.

The already great grief of the World War II turned into grief triple for the House of Cartier. In 1942, Louis and Jacques Cartier died. The loss was huge, but the House could not, and did not intend to cease to exist overnight. Despite the war and mourning, Cartier's jewellery and art pieces have flared up with a variety of colours, lively and original forms. Jewelry, prompted by nature and made in a realistic manner, were gradually stylized, becoming airy, softer, more transparent. Everything changed with the end of the war. A woman became the Woman again. Largely thanks to Mr. Dior, with whom the House of Cartier willingly cooperated in the postwar years. Platinum and diamonds returned in the world of jewelry. Oh, dear! How did they harmonize with furs! There were jeweled animals and plant motifs. Jeanne Toussaint insisted on resuming the topic of Panther. 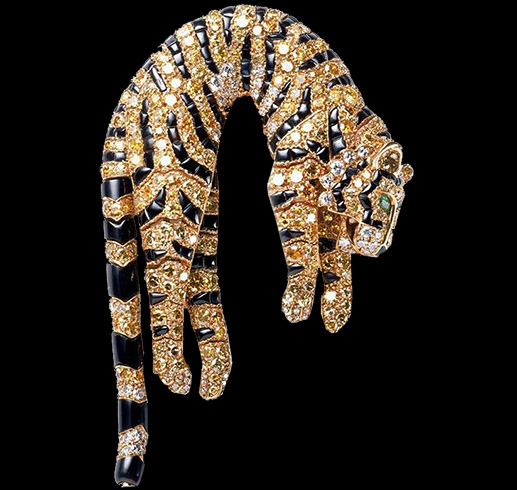 In Cartier's workshops, not only elegant women’s jewelry was made. Pompous academicians ordered their rapiers here. The Duke de Gramont was the first to come up with this idea in 1931. In 1934, Francois Mauriac ordered the rapier from Cartier. In 1936 it was Georges Duhamel, in 1938: Jacques de Lacretelle, James Hyde's secretary. In 1939, Cartier made the rapier for Andre Maurois. The rapier is a specific object. Making it requires considerable skill. Its design and shape does not tolerate sudden changes. Tradition requires the academician's rapier to be decorated with symbols associated with the life and work of its owner, his creative work, environment, family. It is almost unthinkable to combine such a number of characters on a rapier. The Jean Cocteau's rapier can be regarded as the remarkable success of Cartier artisans. Jean Cocteau and Louis Cartier had a personal friendship, and after the death of the great jeweler Cocteau turned to Cartier workshops to order a rapier. Cocteau painted the picture of the future artwork by himself. 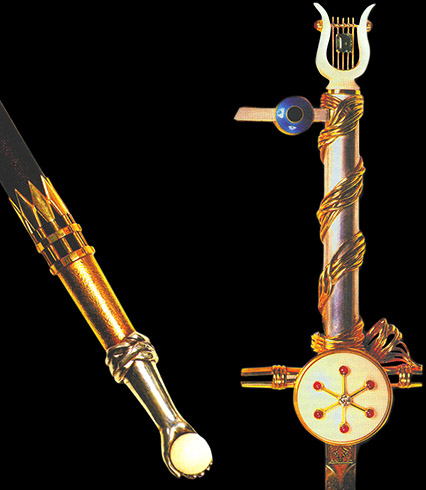 In the 1960s, the fourth generation of the Cartier family gradually gave up their possessions. The miracle of art had to continue its life in other hands. But that's another story…