Turn to the great artisans. They teach us not to create poor art...

Alma Pihl was one of those who at the turn of the XIX-XX centuries assigned to women the right not only to wear, but also to create jewelry. Her worldview, artistic and aesthetic taste left a bright, unique trace in the culture. She conquered the jewelry art, which by default was considered the area of male interests at that time. 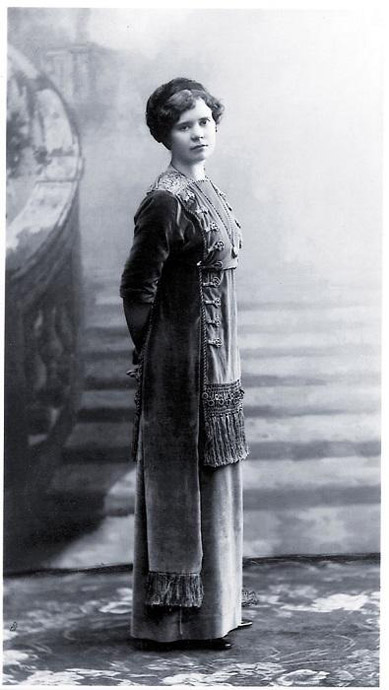 Alma Theresia Pihl was born on November 15, 1888 in Moscow to a Swedish family. Her parents were from a family of Russified Swedes who spoke to each other in Russian, but retained the Lutheran faith. Her father was hereditary jeweler Knut Oscar Pihl, mother – Fanny Florentina Holmström, daughter of jeweler August Holmström and sister of jeweler Albert Holmström. Her father, Oscar Pihl, was the chief artisan of the Moscow branch of Fabergé from 1887 to 1897. After her father's death, in 1897, Alma moved with her mother and brothers to St. Petersburg. The whole jewelry family took care of the orphans: grandfather August, uncle Albert, artist aunt Hilma Alina. Carl Gustavovich himself did not neglect them. Alma thoroughly studied at the Annenschule, school at the Lutheran Church of St. Anne, and she studied painting with Evgeny Yakobson while working constantly for Carl Fabergé on a regular basis. After graduating from high school in 1905, Alma continued her studies at the Central school of technical drawing of Baron Stieglitz. 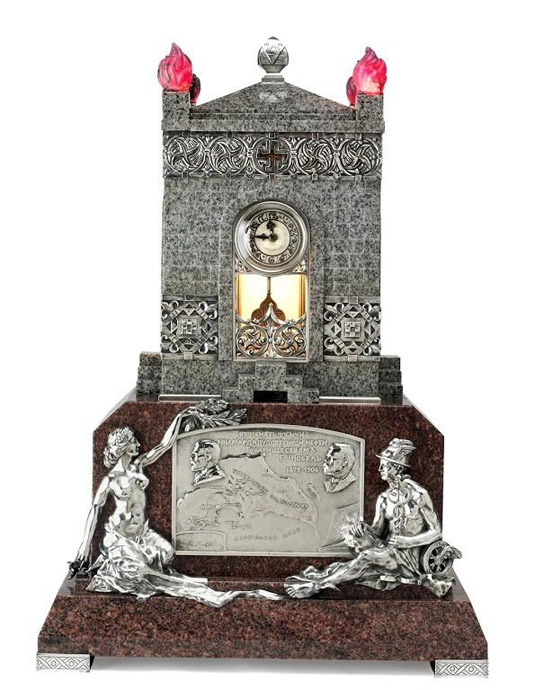 Fireplace clock. The firm of Carl Fabergé. After the drawing by Evgeny Jacobson.
Gray and red granite, silver, rhodonite.

In 1909, Alma went to work as a draughtswoman in Fabergé's studio, which was headed by her uncle Albert Augustovich Holmström. Alma kept working albums of the studio: she redrew them in watercolor full-scale sketches of each product made by jewelers of Fabergé workshop, with a detailed description of the details and stones used and an indication of the cost of work in the drawing. In rare moments of leisure she tried herself in designing, and when her uncle Albert noticed these drawings, her life took a new turn. Therefore, when Alma was twenty-one, her artistic career began: she was offered a place of assistant designer. 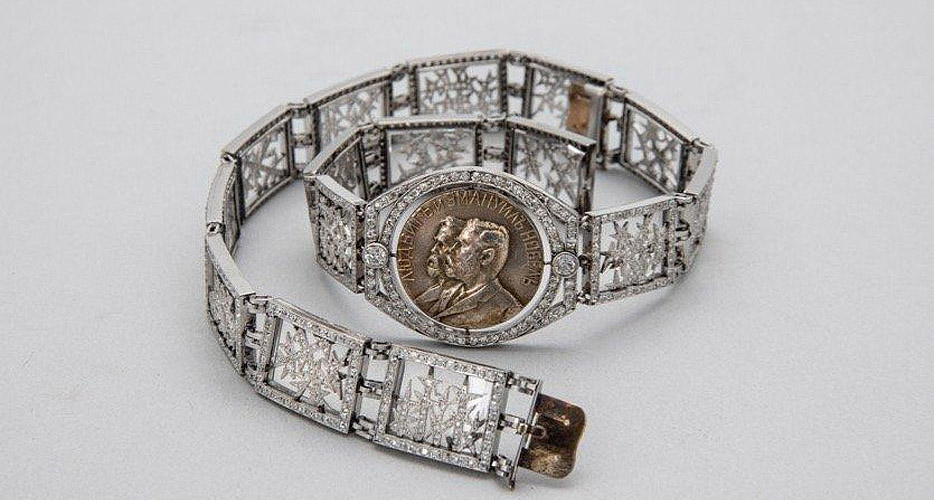 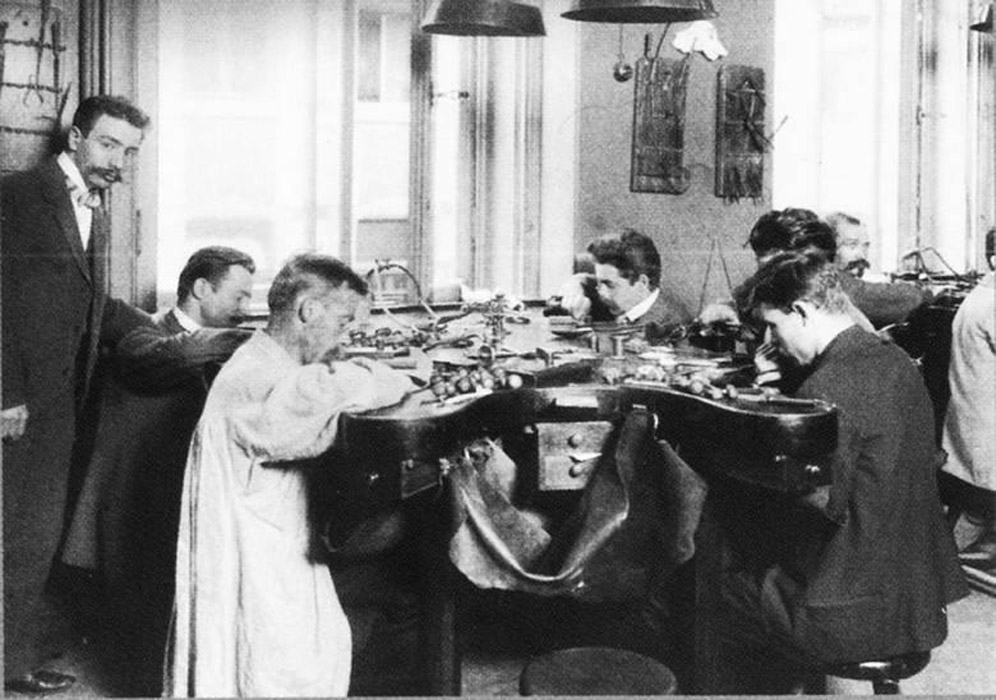 Alma's finest hour came in the early 1910s. One of the Fabergé's regular customers was an oil magnate Emanuel Nobel, nephew of Alfred Nobel. Some time later Emmanuel made an urgent order for forty small brooches. Brooches made of inexpensive materials (perhaps intended as souvenirs for the wives of foreign clients) had to have an absolutely original, new design, so that the gifts could not be interpreted as bribes. Alma developed sketches of a diamond snowflake brooch, which was enthusiastically approved by the customer. Nobel stunned by such a beauty instantly issued the order... Alma Pihl was the first and only female designer working in the jewelry company of Carl Fabergé, and her name was the most closely associated with winter, ice and snowflakes. 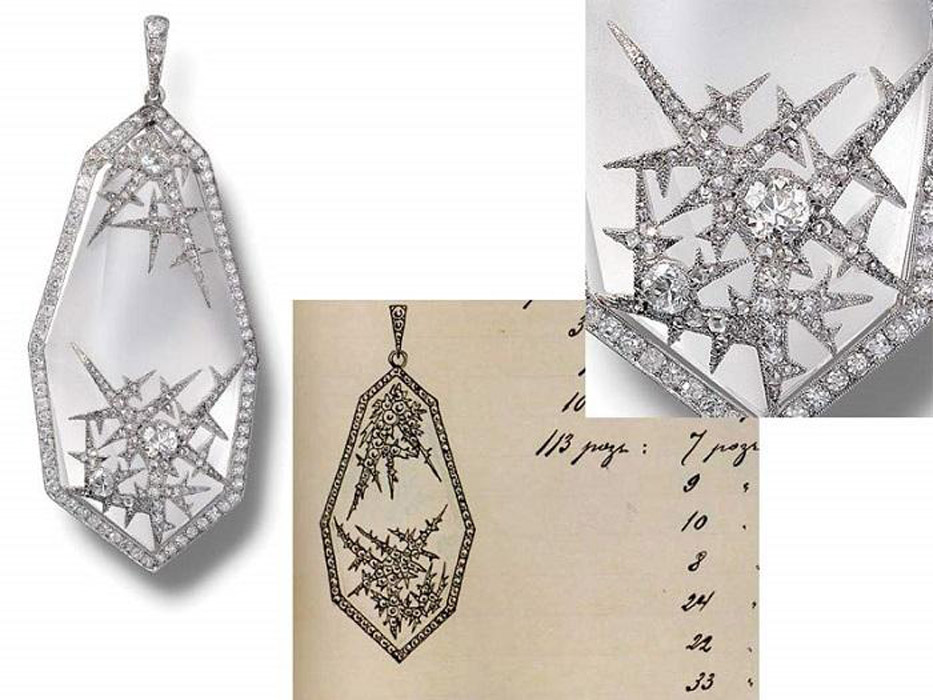 In 2001, the Winter Egg was sold for a record price ($9,600,000) at the Christie's auction in New York. This is the most original of the surviving Easter eggs holding a surprise made by the firm of Carl Fabergé. Fabergé Eggs is a series of jewelry that was created between 1885 and 1917 for the Russian Imperial family and private buyers. 71 copies are known to have been created in total. The first egg was ordered from Carl Fabergé in 1885 by Alexander III as a gift to his wife Maria Feodorovna in connection with their twentieth wedding anniversary in November 1886. The Emperor knew that since childhood his wife had admired the egg that her aunt, Princess Wilhelmina Maria of Denmark, had had. The Emperor did not insist on a certain design of the future jewelry masterpiece, Carl Fabergé and his artisans were free to choose creative solutions and material, but he had a requirement: the egg should contain a surprise. When the egg was presented, the Empress was so impressed and pleased that Alexander III had no choice but to order another one from Carl Fabergé for Orthodox Easter. Subsequently, Alexander III made an order every year. After the death of Alexander III in November 1894, this tradition was continued by his son Nicholas II, who ordered an Easter gift from Fabergé, not only to his mother, but also to his wife Alexandra Feodorovna. In the period from 1885 to 1917, fifty-two eggs were produced for the Imperial family, of which only forty-two have survived to date. 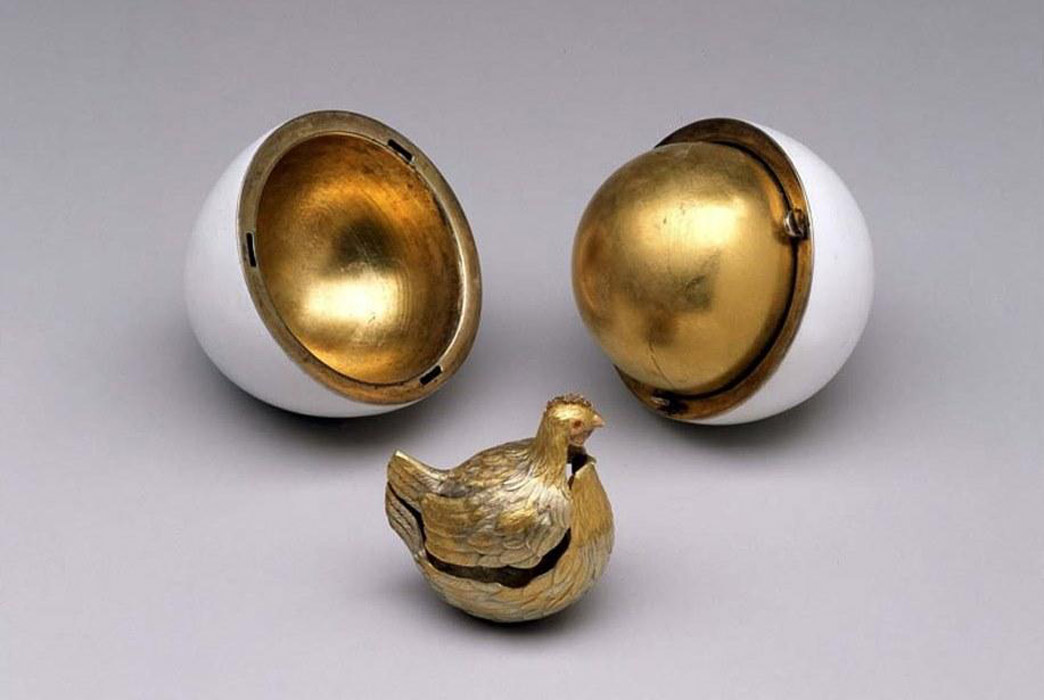 The most original of all the eggs created by Fabergé for the Imperial House was the Winter Egg. Nicholas II did not spare money and paid Carl Fabergé for it 24,600 rubles, the largest amount of all ever paid for such products. The author of this masterpiece, known all over the world, was Alma Pihl, a young designer of the Fabergé firm. 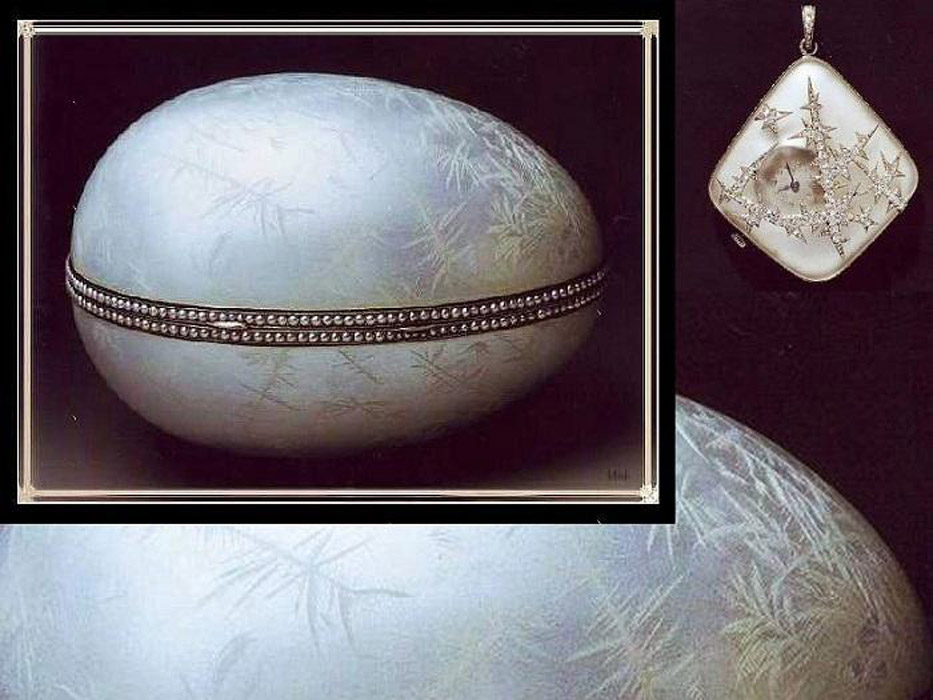 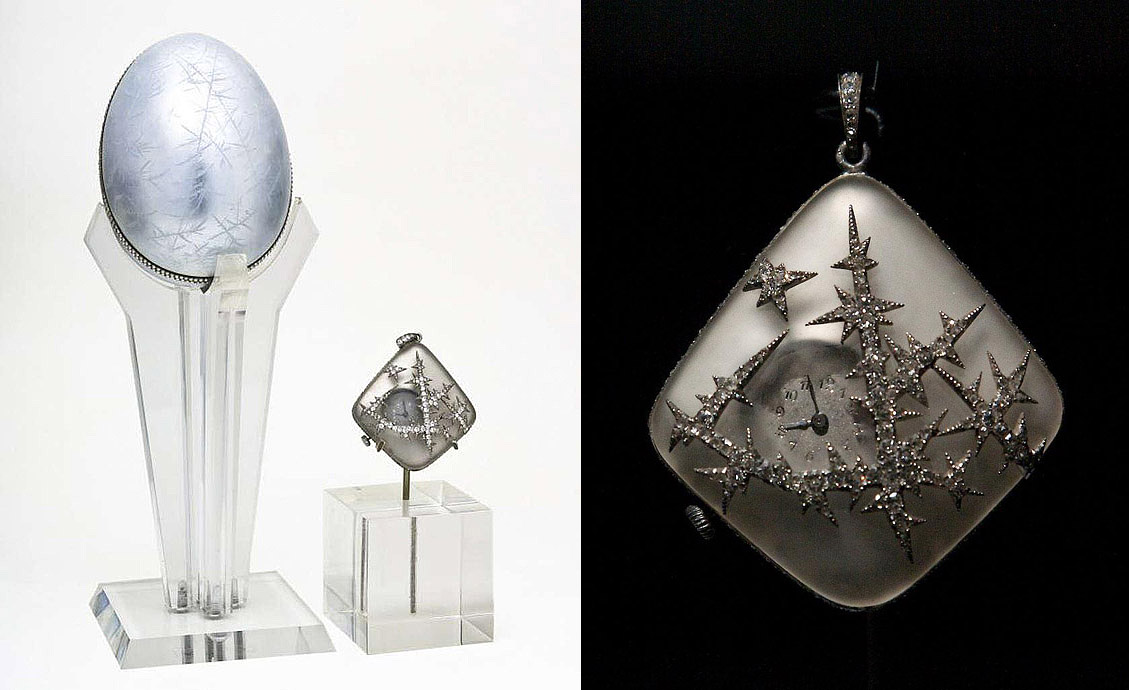 Work on the Imperial Easter orders for the following year in the famous St. Petersburg firm of Fabergé began almost the next day after Christ's Sunday. The process of making eggs was complex, long and was kept a big secret. The 1913 was a special year for Russia. In spring, the 300th anniversary of the Romanov dynasty was celebrated, and Nicholas II wanted to give his mother, Empress Maria Feodorovna, a special gift for Easter. Since the celebration of Orthodox Easter does not occur on the same date every year, and is chosen the first Sunday after the spring full moon, not earlier than the day of the vernal equinox, the number of celebrations each time can be quite far apart. In 1913, Easter fell in the early spring, when the snow had not yet come down and was just beginning to melt. Carl Gustav Fabergé, discerning and witty man, instructs to create sketches of royal gifts to the young artist. 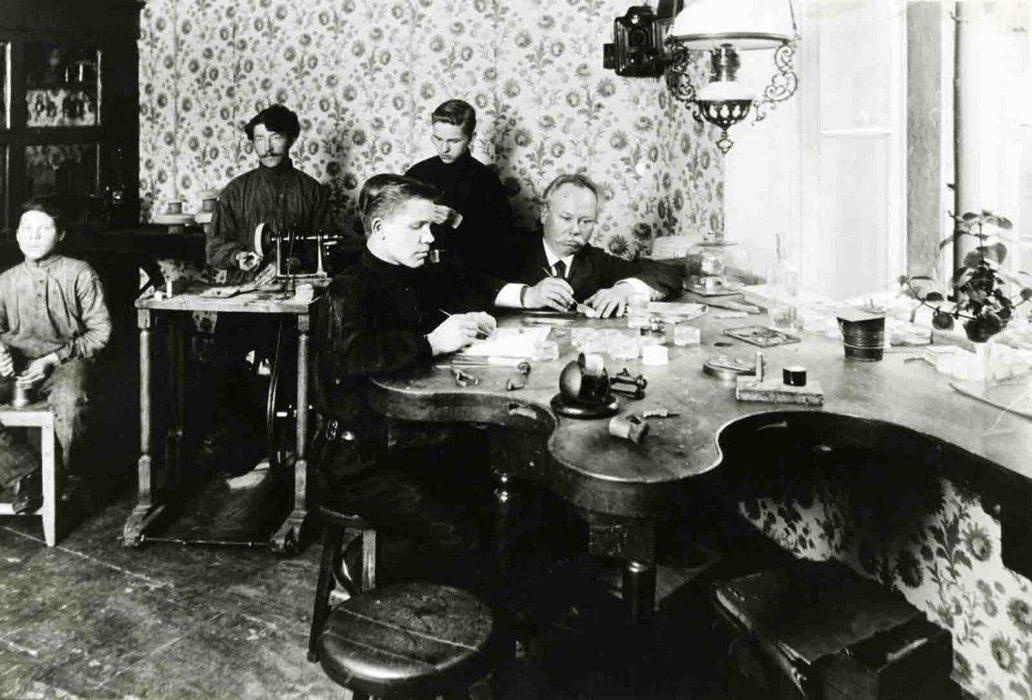 At the same time, Alma was preparing for the wedding. Perhaps lace wedding dress motifs prompted Alma the idea of a frosty pattern, maybe something else, nevertheless the design of the Winter Egg become an unsurpassed example of the winter motif in the history of the global artistic jewelry and an exceptional phenomenon among all the eggs created by the firm of Fabergé for the Imperial family. 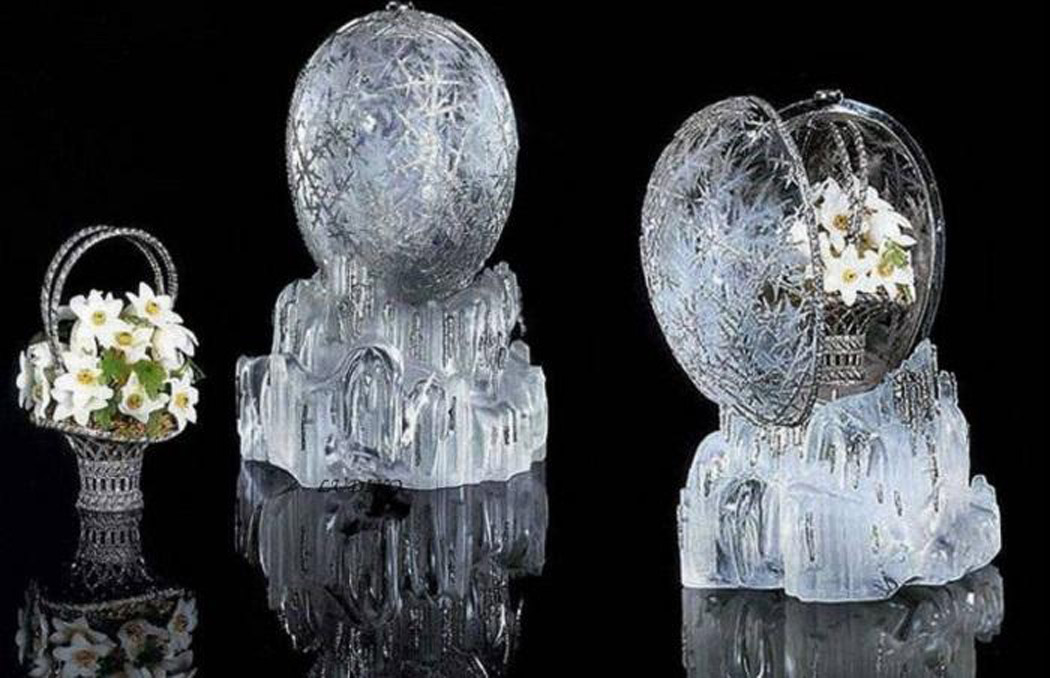 The Winter Egg represents the period of time when the snow is melting, and the last icicles dazzlingly shine under the rays of the bright sun. Due to the immobility of the ice fragments and the rapid movement of water, a stunning, sparkling play of light is created in the streams. It is for a more lively transmission of this natural phenomenon that Alma combines several thousand simple uncut diamonds, as well as cut diamonds. Carved Siberian rock crystal has found its embodiment in the icy shell of a gift. And as a surprise, there is a small platinum basket decorated with pink diamonds, with early spring flowers, personifying the reviving life and warmth inside the eternal ice, as well as symbolizing the Resurrection of Christ and the victory over the cold of death. For Alma herself, on the eve of the wedding, it symbolically meant spring, life, love, happiness. 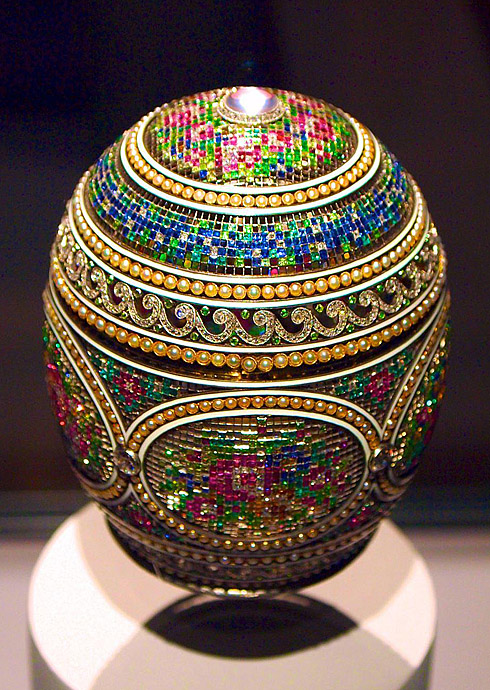 In 1912, Alma marries Nikolai Klee from a family of St. Petersburg Germans, the Director of the Finnish firm of Kymi, the son of the last owner of the Grand Hotel Europe. Despite the fact that the groom's family owned shares of the hotel and restaurant in the same hotel, the newlyweds had to live with Klee's mother for some time due to the lack of their own housing. Alma continues to work productively, and soon begins to work on the design of the next Easter Egg for the Empress Alexandra Feodorovna. For the future holiday, Nicholas II asks to make something unusual and sincere for his wife. In reflection on the order of the imperial court, Alma spends long quiet evenings in the company of her husband and mother-in-law. According to legend, seeing his mother-in-law behind the lace-frame, Alma remembered how she embroidered her dowry, and imbued with the idea to embody embroidery in precious stones and metal. The process of creating the conceived things promised to be long, time-consuming and required the efforts of jewelers of the highest level. 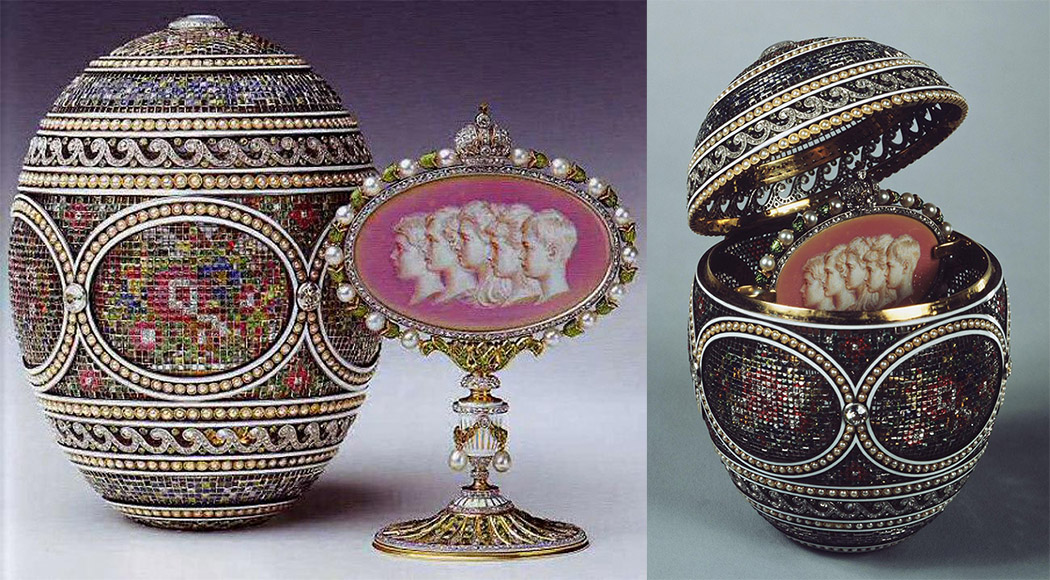 A year later, Carl Gustav presents to the Emperor one of the most complex and unusual Imperial Easter eggs, which was called Mosaic one, as it imitated an embroidered canvas with a Russian folk motif. Each of the miniature gems had to be processed and adjusted in such a way that it would fit unmistakably into the square holes of the platinum canvas mesh, which was worn over the golden body of the egg, on which diamonds, sapphires, rubies, emeralds, topazes were set instead of multi-colored threads, by creating motifs from wild flowers, i.e. a feminine cozy ornament, shimmering with all sorts of color shades. On top, on the lid of the egg, it was decided to place a moonstone, through which the monogram of Alexandra Feodorovna was easily read. As usual, a nice surprise – a medallion with profile portraits of five royal children, fixed inside the golden clasps and surmounted by the imperial crown – was hidden inside the egg. The Empress was pleasantly surprised and touched by such an Easter gift. 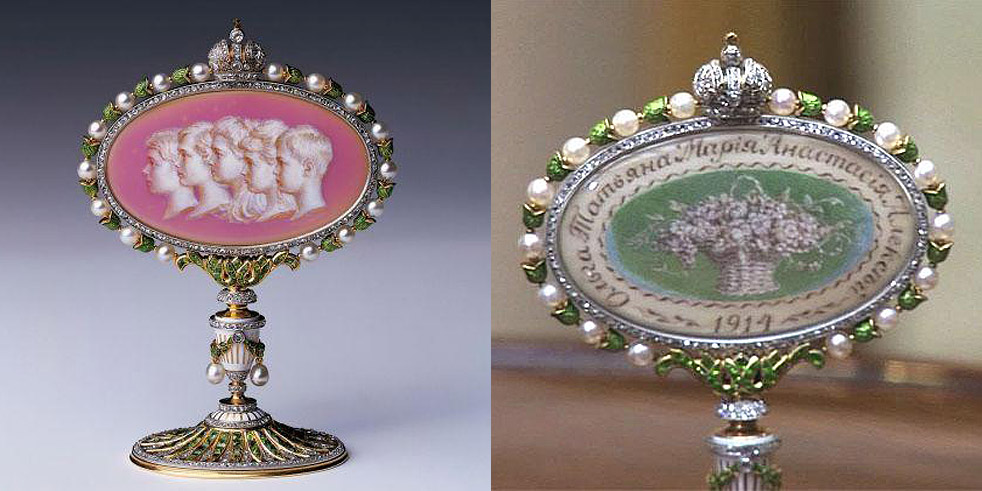 The tragic events of 1917 forced the artist to stop her work and put an end to her brilliant career. The firm of Fabergé and the company, where Nikolai Klee worked, closed their St. Petersburg offices. Most of the workers immediately moved to Finland, but Alma's husband wanted to stay in Russia to look after the property of Kymi. Subsequently, this decision has repeatedly turned into trouble, i.e. up to serious threats to the life of Nikolai. In an effort to escape from the devastation, hoping to return at least some part of the former quiet life, in the summer of 1921, with the support of Maxim Gorky, Nikolai's regular client, the families of Klee and Holmström managed to get permission to leave Petrograd and move to their native Finland, which by that time has ceased to be a part of the Russian Empire. 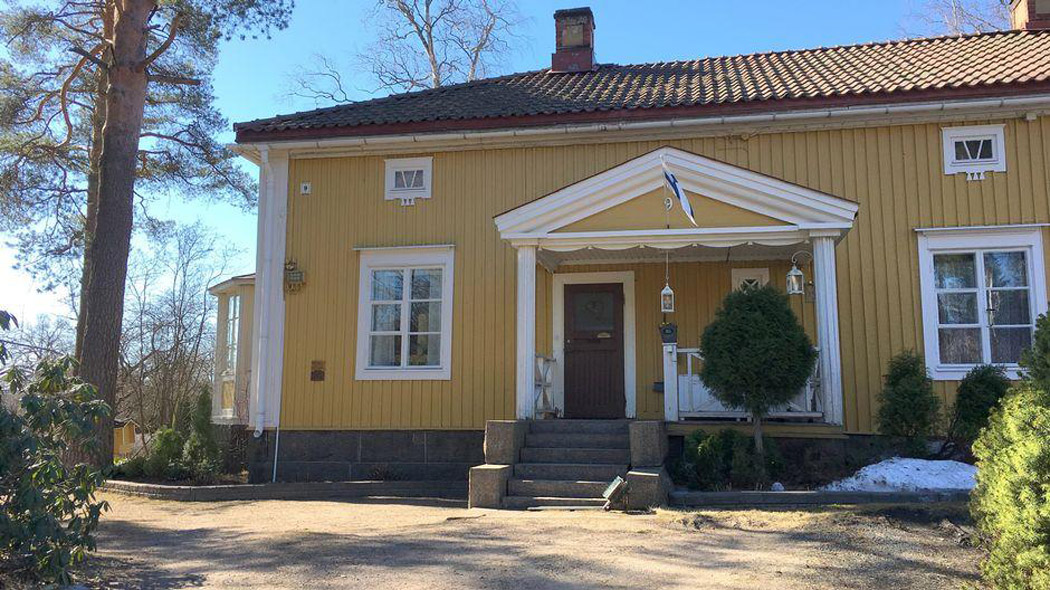 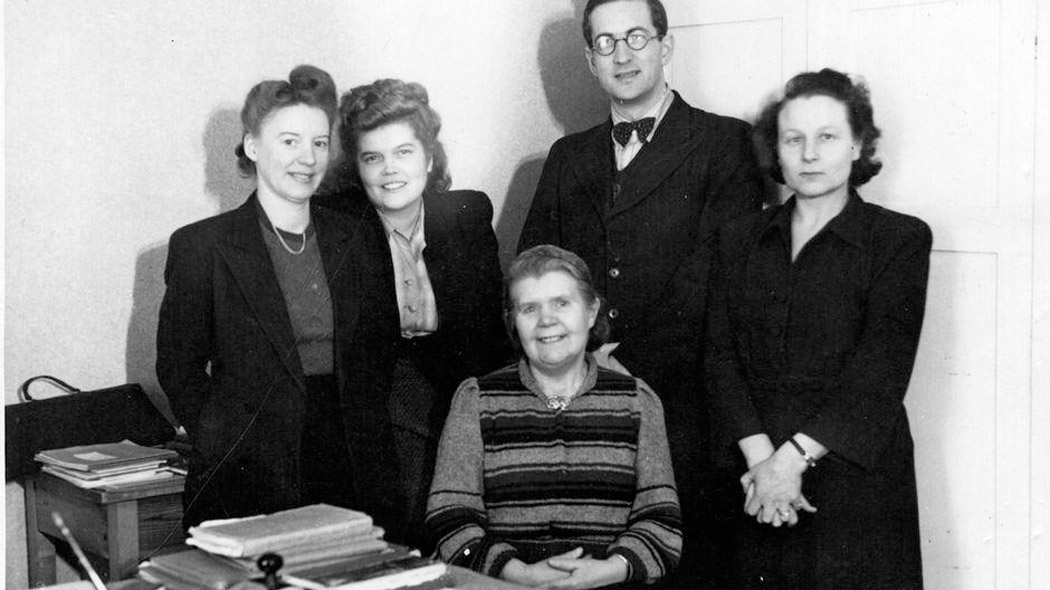 Twenty-four years she taught fine arts, but none of the wards knew about her past. Until the end of her life, she remained modest and quiet woman for the villagers. No one knew that she was one of the best goldsmiths of her time in her former life and worked for the world famous Carl Fabergé, and she managed to design about two thousand precious products in her short career. 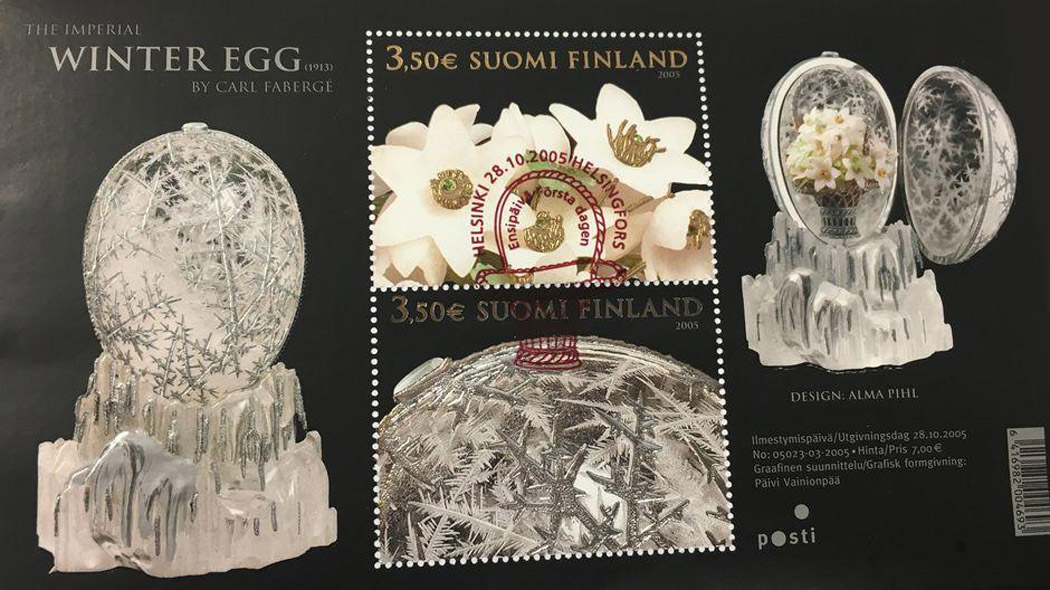 In 1948, together with her husband, Alma moved to Helsinki. The only person, to whom the former designer a few years before her death revealed the truth about herself, was her beloved niece Lydia. Alma Theresa Pihl left this world on July 11, 1976 at the age of 87. Today, jewelry masterpieces created according to the sketches of Alma Pihl are estimated at millions of euros and occasionally appear at the world's leading auctions. Sketches in Alma's albums dedicated to the Winter Series and now owned by the company of Wartski give an idea of how great was the power of her talent.