The Legacy of Duke di Verdura

Fulco di Verdura, the great Italian jeweler and artist, the founder of the glorious Jewelry Company “Verdura”, was born at the end of the XIX century in the aristocratic family in Palermo. The elegant manor house of the di Verdura family was built in the XVIII century. Small duke was surrounded by love and wealth, shine and luxury, peculiar to the usual way of life of the italian nobles of the nineteenth century. With the increase of years Fulco was carried away by reading. There was an excellent library in the house, so once, when he burrowed in it, ten-year-old Verdura found the book, dedicated to Raphael Santi, the Renaissance artist. Fulco was shaken by the paintings of the great artist! Since that moment, the love to the Renaissance art remained for entire life, and the beauty of the island and the azure sea greatly contributed to the formation of the aesthetic and creative vision of the would-be jeweler. 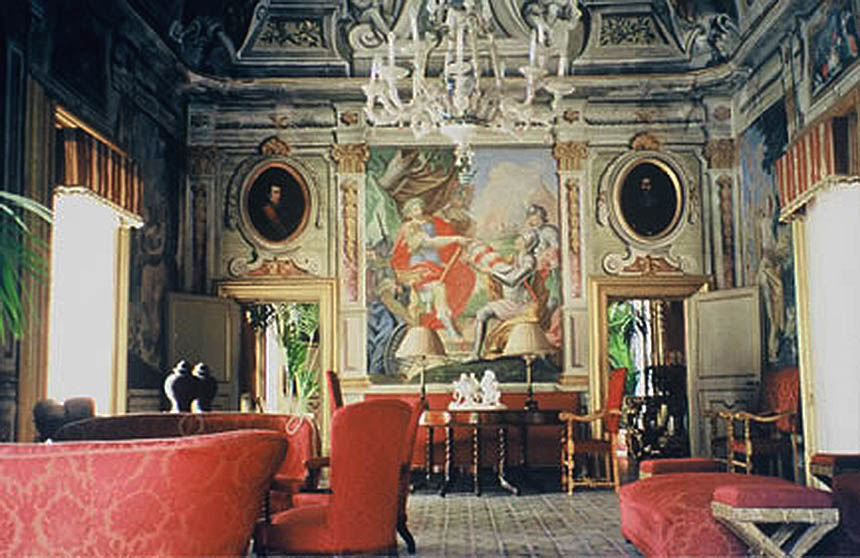 The House of the di Verdura Dukes in Palermo.

Having become adult, Fulco kept enjoying his blissful way of life, being frequent in the high society of Italy and giving way to his joyful disposition. However, momentum towards the creativity had already woken up in him and he began to practice painting and tried to find a way out of his creative energy.

After the World War I the Italian cities become popular in the American and European high society. They attracted the rich and famous people. Linda and Cole Porter were among them. Thus, during one of the Linda and Cole Porter’s parties, Fulco di Verdura, Italian with excellent taste, meets with Coco Chanel, who in those years had already been at the height of her fame. The acquaintance with her had forever changed the life of young duke. 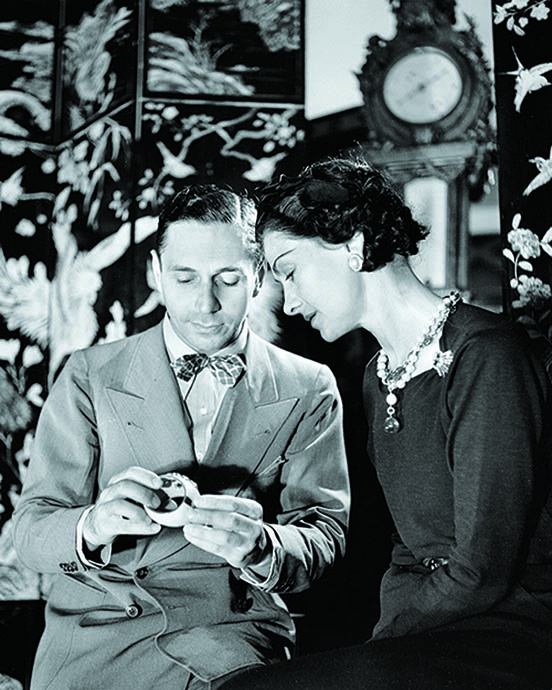 Fulco accepted the Coco’s offer to move to Paris and to help her in the creation of new fabrics. It took just six months to earn a high reputation from the Mademoiselle. Fulco said: “Chanel was the most elegant woman of all, I knew, and she was the first person who took me seriously”.

While living in Paris that was a center of cultural life in 1920s, Fulco met with the beau monde representatives of the time: Picasso, Hemingway, Diaghilev, Niki de Gunzburg, Daisy Fellowes, the Rothshilds and many others. Pompous masquerade balls, loved so much in Paris of the 1920s, won Fulco’s heart. The charm and the ease of his nature made him a desirable guest at all receptions. He was the unfailing and favorite companion of Chanel in all trips and public appearances. He easily fit in with the beau monde of the time, reliving them with his wittiness and ease. 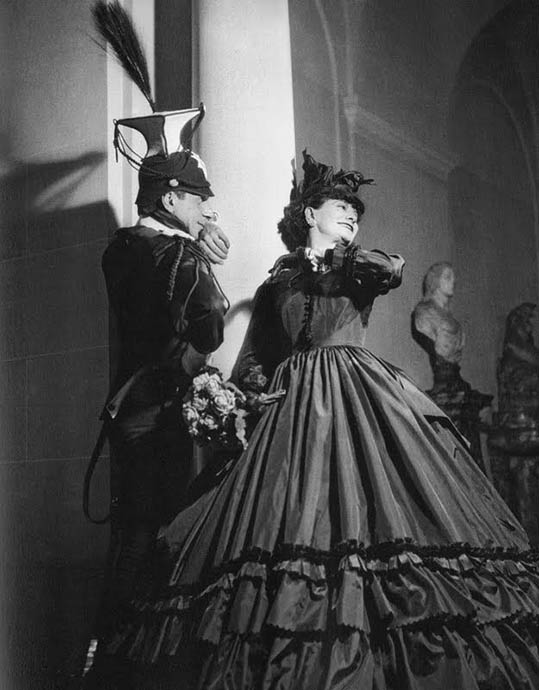 Fulco di Verdura and Coco Chanel at the masquerade ball in Paris.

In 1930, Coco Chanel asked Fulco to renew the jewels, given by fashionable admirers of hers. She was bored by an obsolete, to her mind, jewelry and Fulco did an incredible thing: he gave them not just a second life, but an immortality, by having turned them into cultic masterpieces of jewelry. It was the time when the massive bracelets with Maltese Crosses crafted out of gemstones were born. They became emblematic for both the House of Chanel and the Company of Verdura. From that moment Fulco di Verdura was making history of the jewelry art. 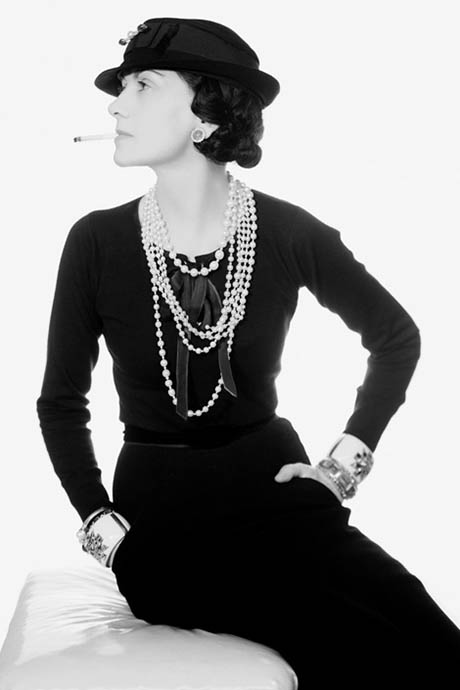 Chanel wearing bracelets with the Maltese Crosses.
The photo by Man Ray.

Coco Chanel said: “The time has come, when princes and counts started to work for me… Italian duke Fulco di Verdura had the luxurious ancestry and excellent taste that helped him to create an amazing jewelry. ‘The Maltese Crosses with diamonds’ was his idea, over which time has no power.” 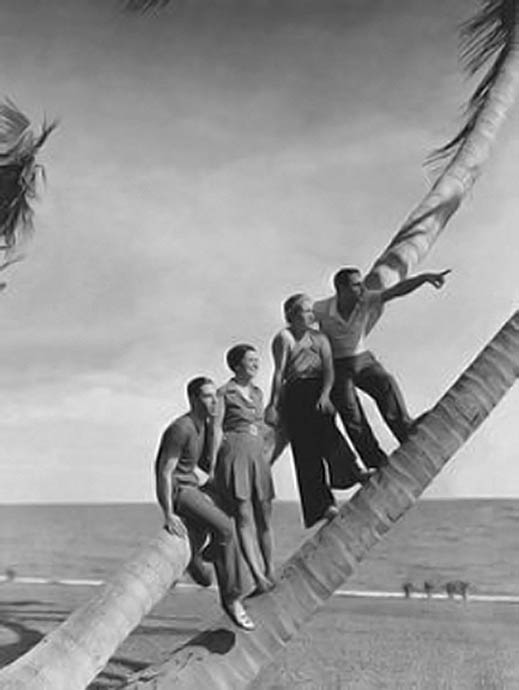 Their creative cooperation lasted for eight years approximately. Coco was thrilled with Fulco’s jewelry and very rejoiced that they were parts of her fashion house’s finery. But the main achievement of the artisan was that he managed to show the women that jewelry can be worn not only on a special occasion, but every day. In 1934, Fulco di Verdura together with his friend Niki de Gunzburg left for America. 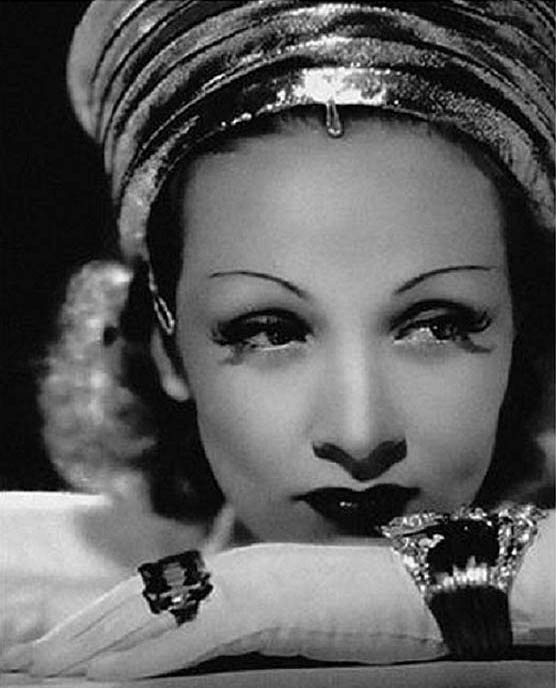 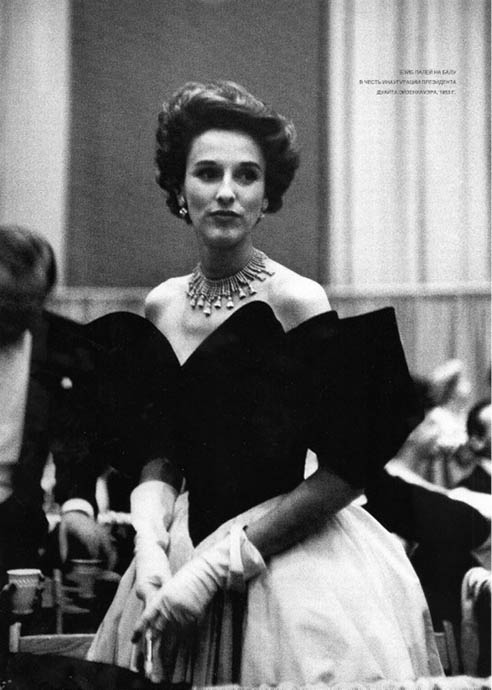 Years of work in the Hollywood had done their duty, Fulco became famous. Having moved In New York, Verdura with the help of Vincent Astor, the offspring of the legendary American Astor dynasty and Cole Porter, his old friend, opened the salon of “Verdura” at Fifth Avenue in Manhattan. The opening was held on September 1st, 1939, the day of the beginning of the Second World War in Europe. Owing to his muse Babe Paley, the style icon of the time, Fulco set the tone in the world of jewelry and gained the reputation of the jeweler, whose creations only people of the higher layers of society could afford. 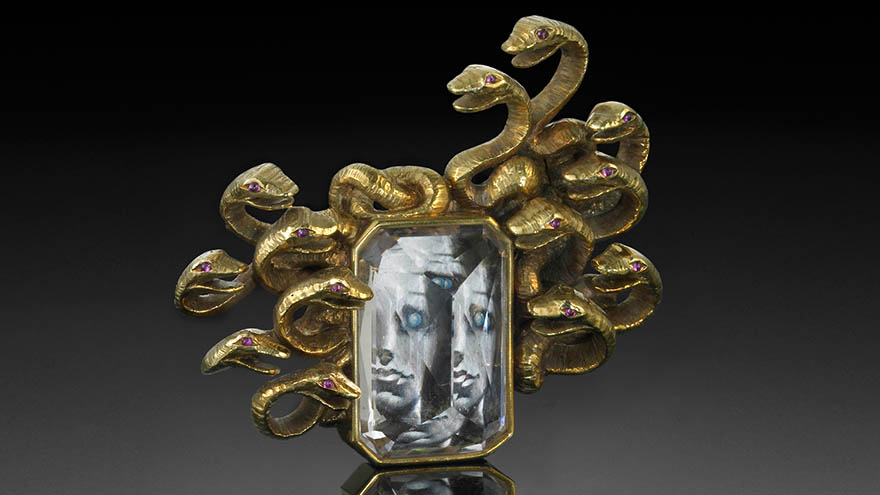 Princess Grace of Monaco, countess of Marlborough and countess of Windsor, Jackie Kennedy, the Vanderbilts were the Verdura’s customers.

The work of Fulco with Salvador Dali over the collection of jewelry, presented in one of the New York art galleries for the first time in 1941, had a significant impact on his later collections, in which an addiction to his favorite surreal motifs is obvious.

In 1973, Verdura sold the jewelry business to his partner, and then moved to London where he embarked on a new career, but already on another assignment. He drew the exquisite sketches, wrote the memoirs, met with friends. In 1978, Fulco di Verdura passed away at the age of 80 years. 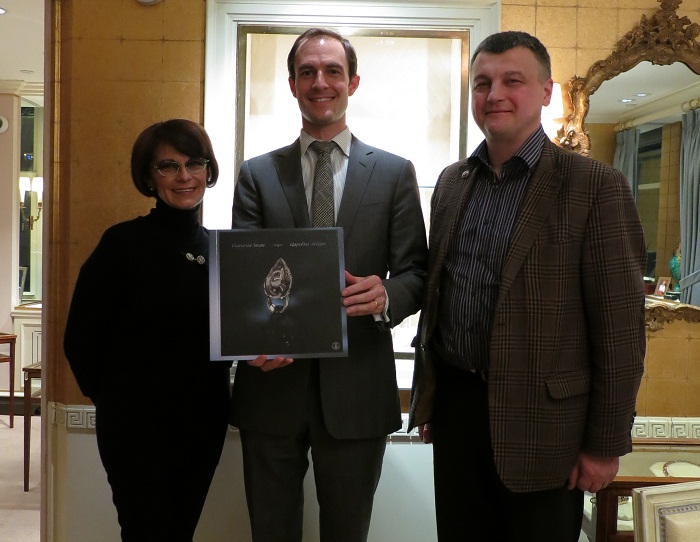 Nico Landrigan (in the center) – the President of the Verdura Jewelry House
on photo: Natalia Sergeeva, Nico Landrigan and Igor Lobortas

The contribution of Fulco di Verdura in jewelry is enormous. He revived the technique of multilayer covering of gold with enamel, development of the motifs with stringing in jewelry belongs to him. He made a contribution in the fashion industry, he created the original collection of the flexible millinery clips. He convinced jewelers to take platinum as the material, more valuable than gold.

For all time of existence of the “Verdura” brand Fulco created a great number of sketches with the most of them not realized. The modern jewelry, released under this brand, has so far been made from the sketches of Duke di Verdura. The highest degree of excellence remains the cornerstone of the Jewelry House “Verdura” up to this day. 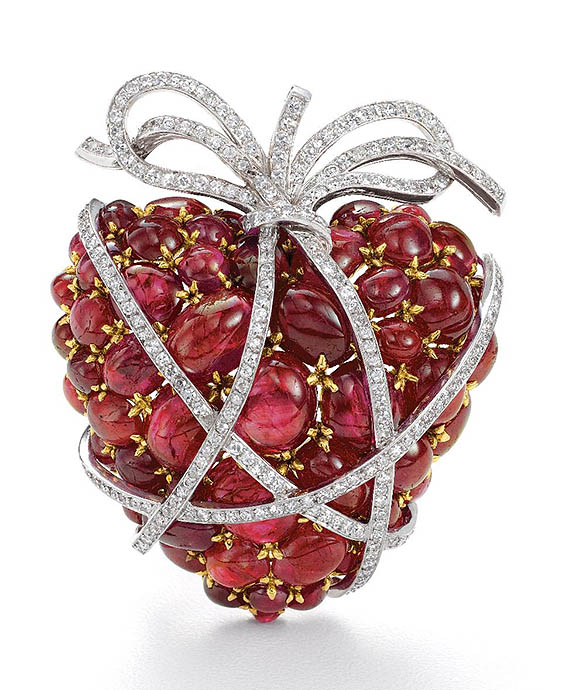 The aristocratic splendor, the richness of the imagination, the purity of style, refined taste and high quality and very elaborate work characterizes each product by the artisans of Lobortas, who made the creative and aesthetic vision of the work-of-art creation the corner-stone as the distinguished master did. 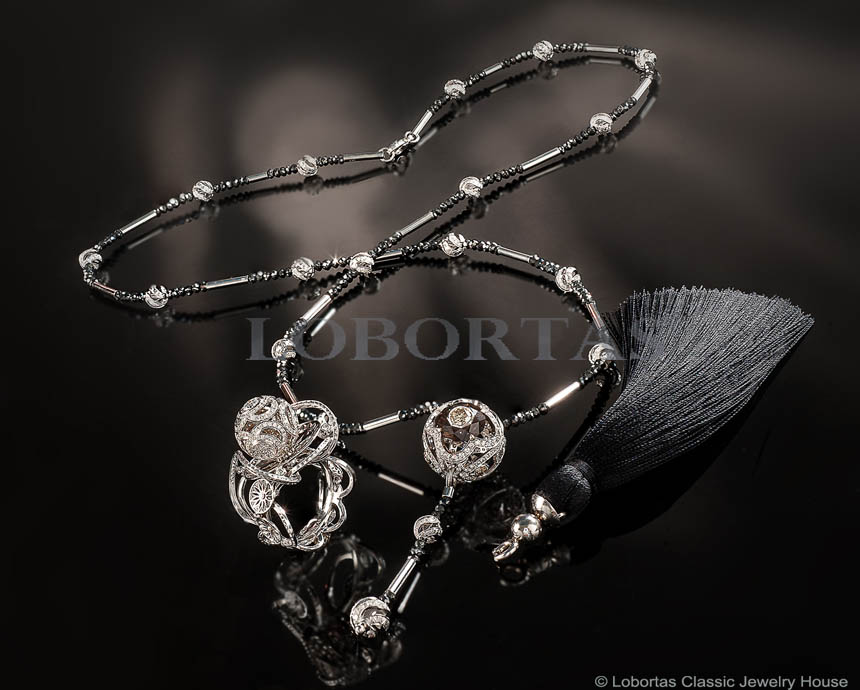