Sons successfully continued their father’s work. In 1870s, success came to the Castellani brothers. The Castellanis newly rethought Greek and Etruscan styles; before them, Jewelers believed that from that period nothing new was possible to cull, and sought for inspiration in the recent past. The Castellanis also turned to the recent past, they studied the methods of gold processing, but then confronted a difficult task: to discover the secret of the Etruscan filigree. They managed to achieve impressive results and create a method that is similar, though not identical, to the one that the Etruscans used. Etruscan filigree covers the surface with microscopic spheres of gold. When looking at them it seems that, the lightest whiff would take them away. 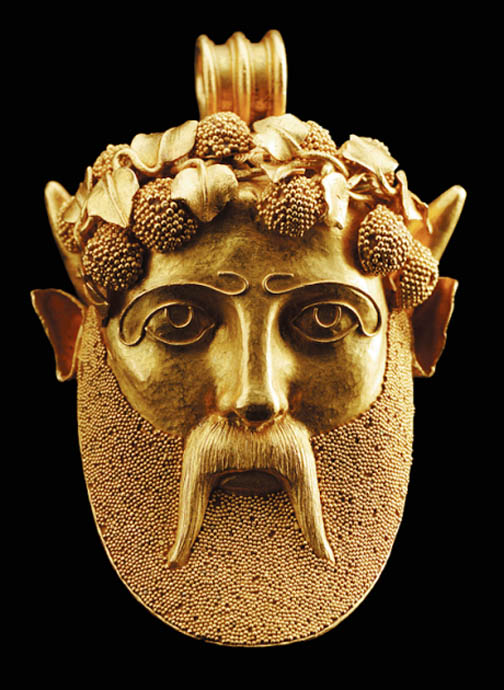 The complexity here is not how to make those spheres, but it is how to attach them to the surface without deformation. In 1870, the Castellanis announced that they managed to discover the secret of the ancient Etruscans, by studying the technique of working with gold in a remote village in the Apennines. Those skills had been lost until the brothers found them in a remote area of the Apennines, where ancient jewelry making techniques were still practiced. That was another source of inspiration for Castellani. Later, Victoria and Albert Museum in London has bought a collection of authentic Italian peasant jewelry collected by Alessandro. 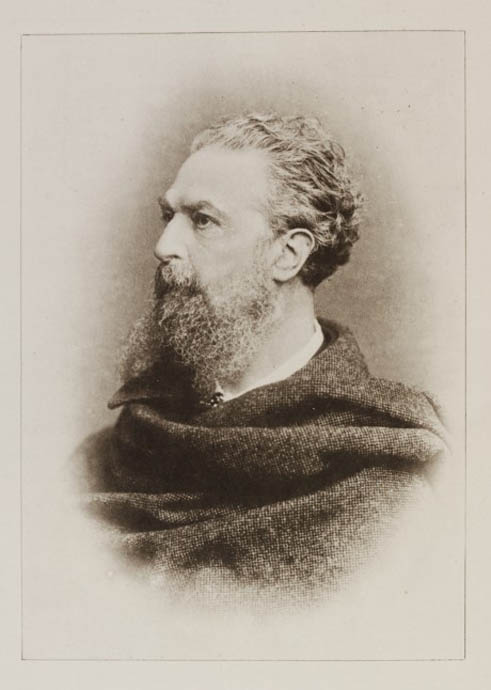 Even if the Castellanis really discovered the technique, used by the Etruscans, they never described it for obvious reasons. However, most likely, they just worked in similar technology that allows achieving a good result, but not a true delicacy and lightness of the original.

In 1876, glory of this Italian family reached America where they took part in the Philadelphia Centennial International Exhibition. A year later, that jewelry collection was presented at the Metropolitan Museum of Art. 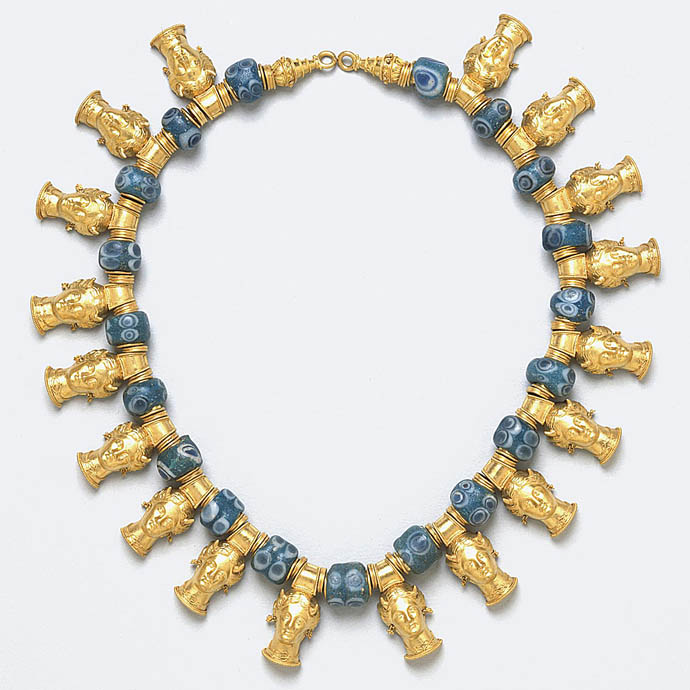 This necklace was put up for sale at the Centennial International Exhibition of 1876 in Philadelphia.
Victoria and Albert Museum, London.

In 1881, the main store moved for the last time to Piazza Fontana di Trevi. The “Museum”, of the “Castellani” Jewelry House became the main attraction of that luxury store. Augusto divided the family collection at eight different periods and displayed them in the showcases around the walls of the trading hall. The calculation was that the customers, fascinated by original decorations of ancient civilizations, had an opportunity to purchase a modern replica in-store or to have it produced in the workshops. 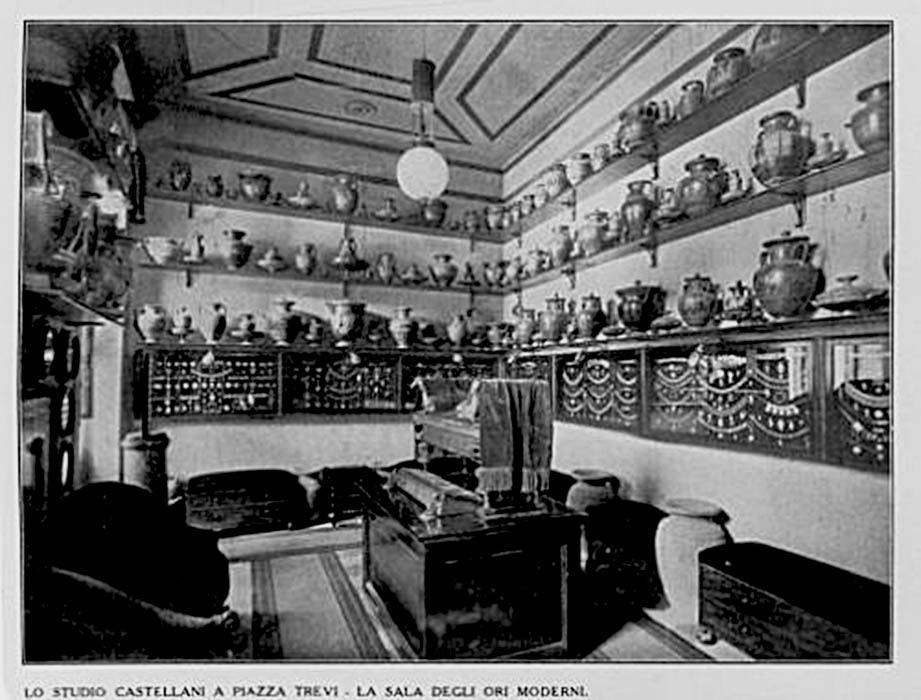 The “Museum” of the Castellani Jewelry House at Piazza Fontana di Trevi in Rome.

In 1883, after the death of Alessandro Castellani, Augusto Castellani and his son Alfredo ruled the Castellani Jewelry House. Augusto gradually withdrew from business, passing on knowledge and experience in the management of jewelry shops and stores to his son. Augusto dedicated a lot of time on research. His work on the progression of art by Italian jewellers, from prehistoric times to the present day, was one of the first modern attempts to divide the history of jewelry design in time. 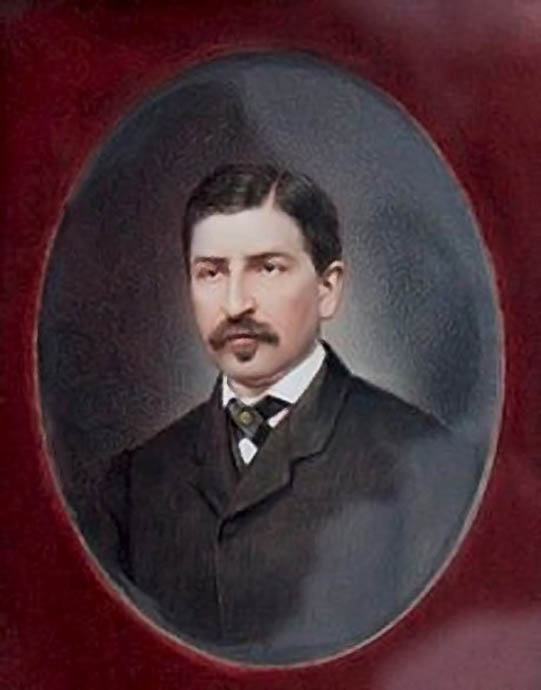 Augusto Castellani passed to his eternal rest in 1914 and company management was completely converted to Alfredo Castellani. By that time, trade has fallen considerably due to changes in European taste to jewelry, but the Castellani Jewelry House kept staying afloat at the expense of customers charmed by the proximity of Rome, its ancient ruins and archaeological wonders of the Castellani family museum. Alfredo had no children, and realizing that the Castellani family trade would die with him, he took measures to preserve family collections and archives in various museums of Italy. Perhaps the most significant of these was a collection of antiquities and jewelry in combination with 526 items, manufactured in the workshops of the Castellani family, which was transferred to the Museo Nazionale Etrusco di Villa Giulia in Rome. Alfredo Castellani’s heart stopped beating on January 8, 1930 year. Shortly thereafter, the Castellani Jewelry House permanently closed its doors. 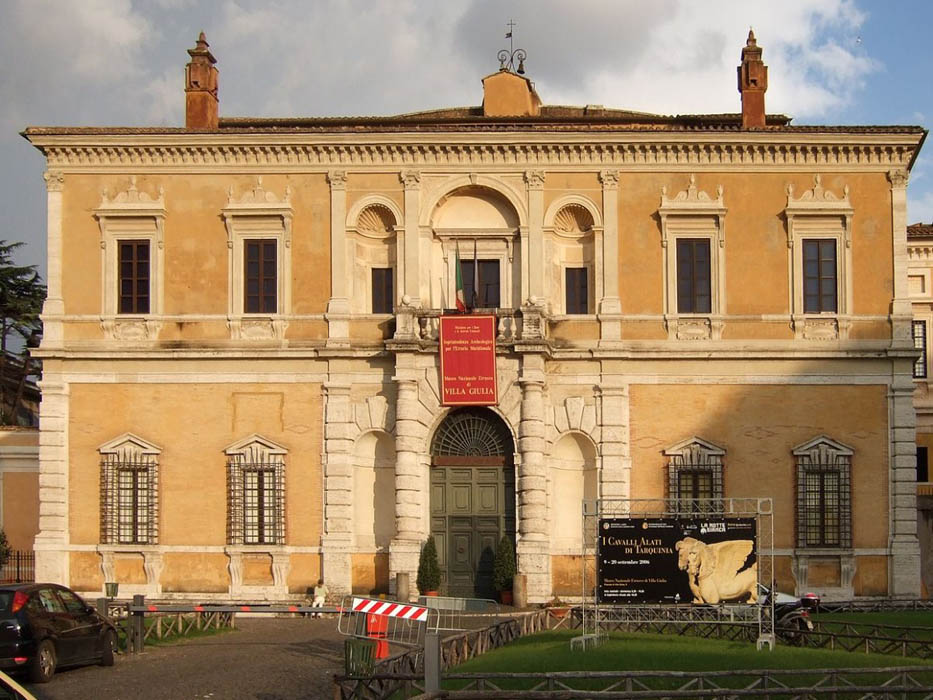 Contribution of Fortunato Pio Castellani and his sons, Alessandro and Augusto, to the development of the jeweler’s art is priceless. They became the most famous masters of the “archaeological” styles with a very ambitious task, not simply to achieve external similarities, but also accurately reproduce jewelry techniques used by ancient masters, and the scope of their creative interests included a wide range of European civilizations. Monuments of Etruscan jewelry art were only the starting point for the subsequent extensive research, museum, restoration and exhibition activities of the Castellani Jewelry House. 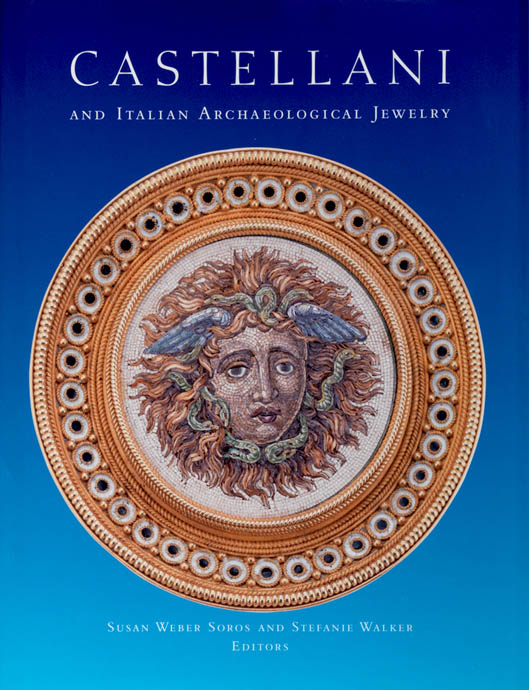 Thus, the appealing, initiated in Italy by the Castellani Jewelry House, to antique jewelry art was subsequently reflected in the works of many leading European artisans. Copied works in the initial phase helped to popularize the developed style and wide public interest to one. That process was made possible largely due to the success of Castellani at the international exhibitions of 1860s. Later, in 1870-80s, that led to the emergence of independent artistic works marked at virtually all national expositions. 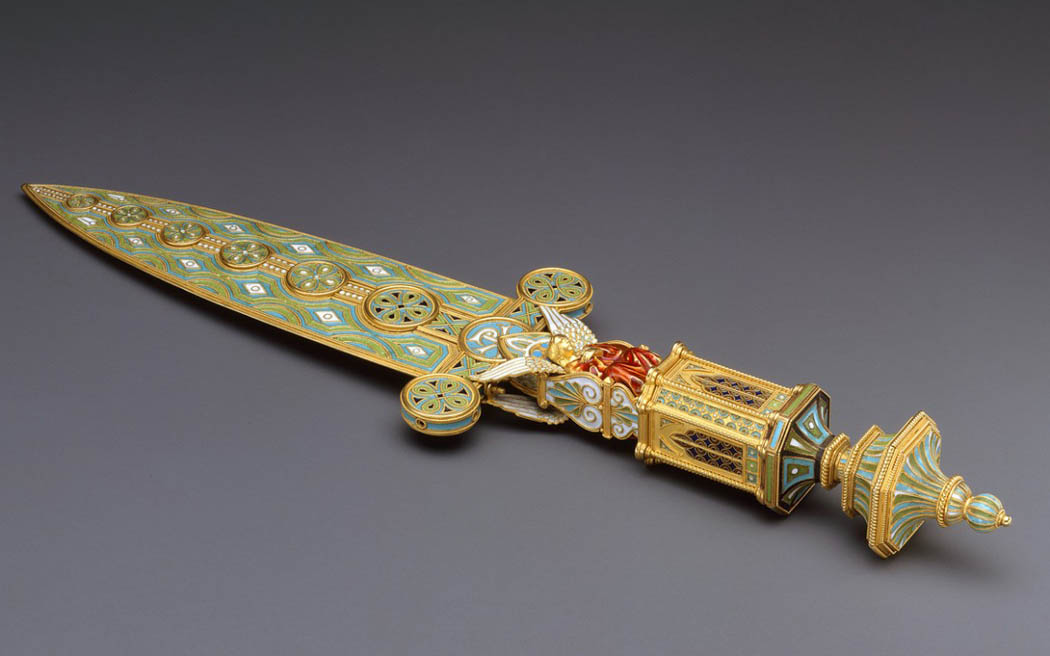 Decorating flat or curved surface with ornaments of various combinations of granulation and filigree, initially focused on antique designs, provided a broad creative freedom to artisans of the Castellani Jewelry House. When creating constructively new jewelry, the Castellanis widely used vintage parts. For this reason, critics still could barely make out where are the original antique items, restored at the end of the 19th century, and where are the stylized pieces by trendy Italian jeweler. Today, pieces of jewelry by masters of the Castellani Jewelry House are very sought by collectors and are very expensive. 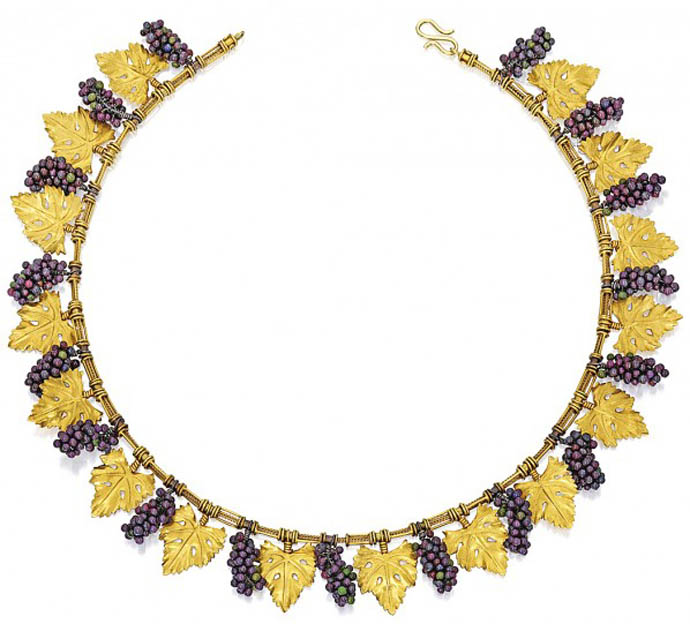 The technology, first mastered by Castellani family to create jewelry and then by other famous jewelers, is among many techniques, which must possess every professional jeweler. The presence of small parts in jewelry and very careful their procession, which makes the manufacturing process extremely time-consuming, is the basic condition for the labelling of products to luxury class. 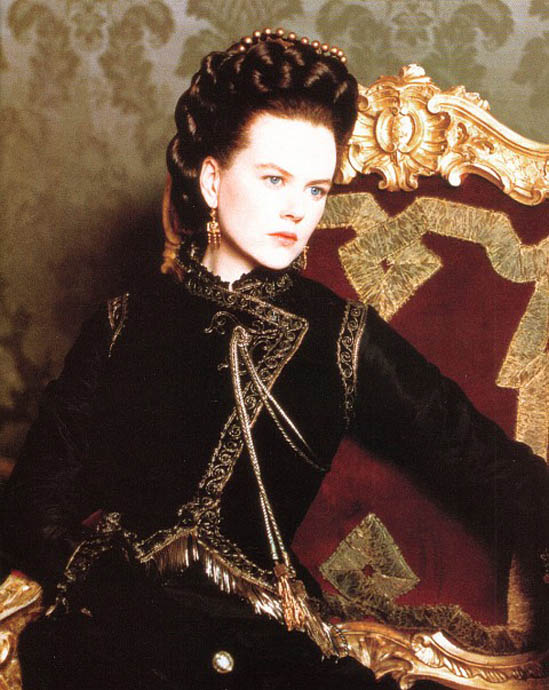 The Portrait Of A Lady, starring Nicole Kidman,
presents jewelry in the style of “Archeological Revival”.

This is why the artisans of the “Lobortas” House use technology, restored by the great Italian jewelers of Castellani in the handicraft of subtle and original products, completed with a brilliant sense of style and taste. 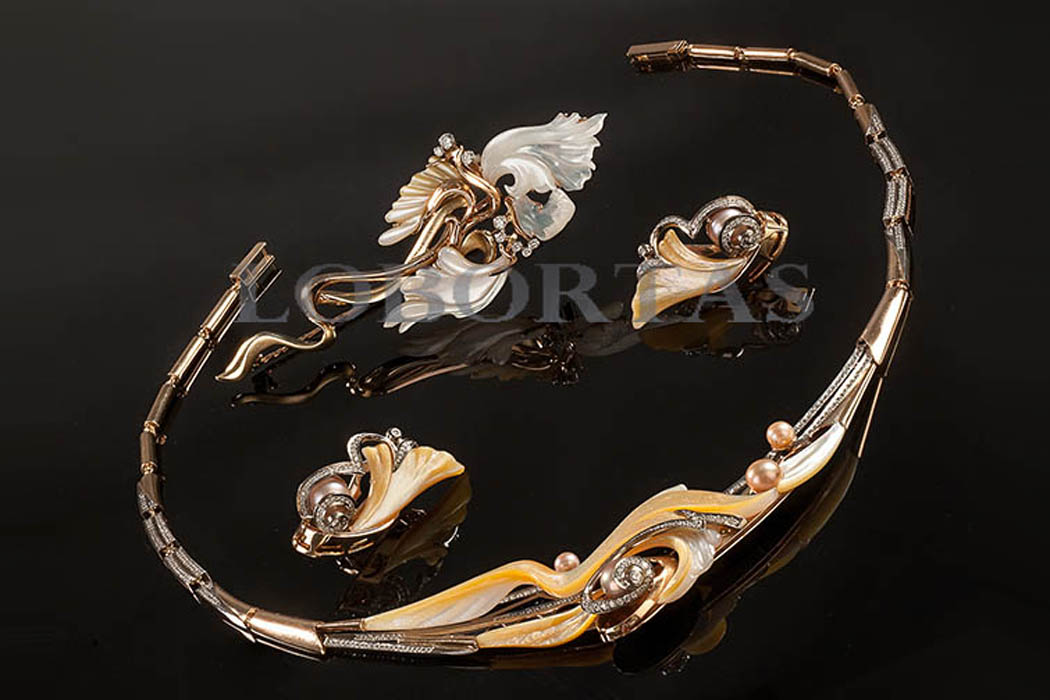