"So we sailed up to the sun

Till we found the sea of green

And we lived beneath the waves

In our yellow submarine".

These words from the famous song "Yellow Submarine" by the Beatles, written by Paul McCartney was loved by everyone. The song immediately became all-popular. Certainly, only few know that the popular song "Yellow Submarine" appeared in August 1966, at the time when the world successfully built and tested the first nuclear submarines… However, let us turn to the history of the submarine sailing… 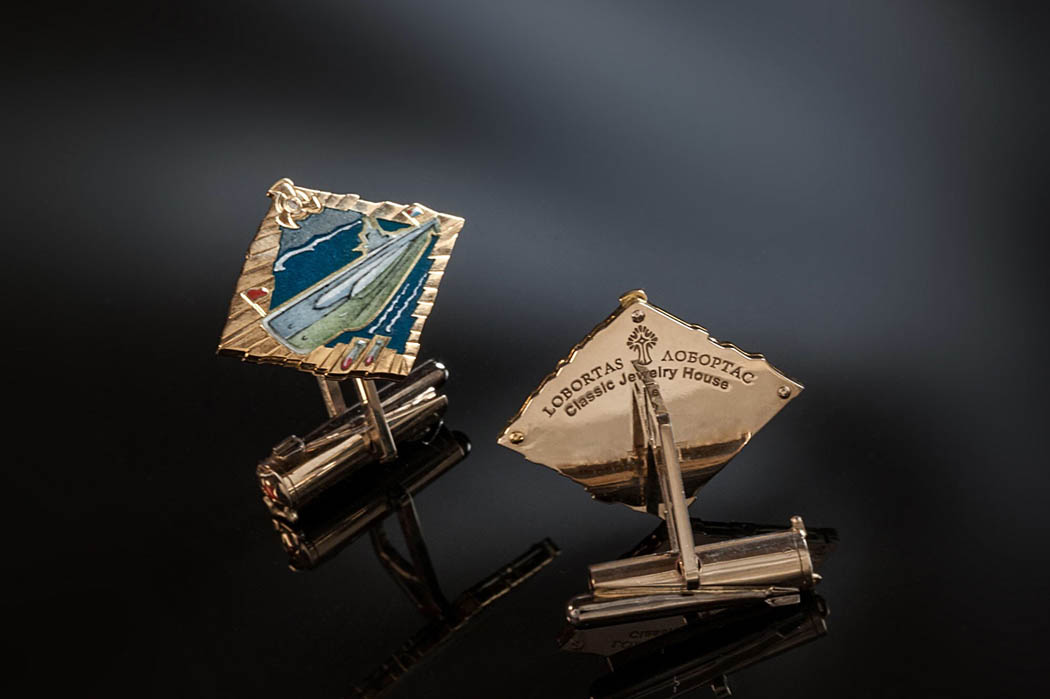 The first mention of the technical means for lowering people under the water can be found in works of the ancient Greek historian Herodotus, dated 450 B.C. And the first mention of the vessel, capable of submerging, is dated 1190 A.D. Unfortunately, the sketches or even the drawings of the vessel have not left, that is why the reality of its existence is impossible to confirm or to deny.

An outstanding Italian engineer and the great artist of the Renaissance Leonardo da Vinci carried out works to create the watercraft capable of submerging as well. One of his books Codex Atlanticus stored a sketch of the small oval-shaped submarine, with a ram and a cabin with a hatch in the center. It is impossible to make out any constructive characteristics from this sketch. He had subsequently destroyed his draft, as he feared of the devastating effects of the submarine war. 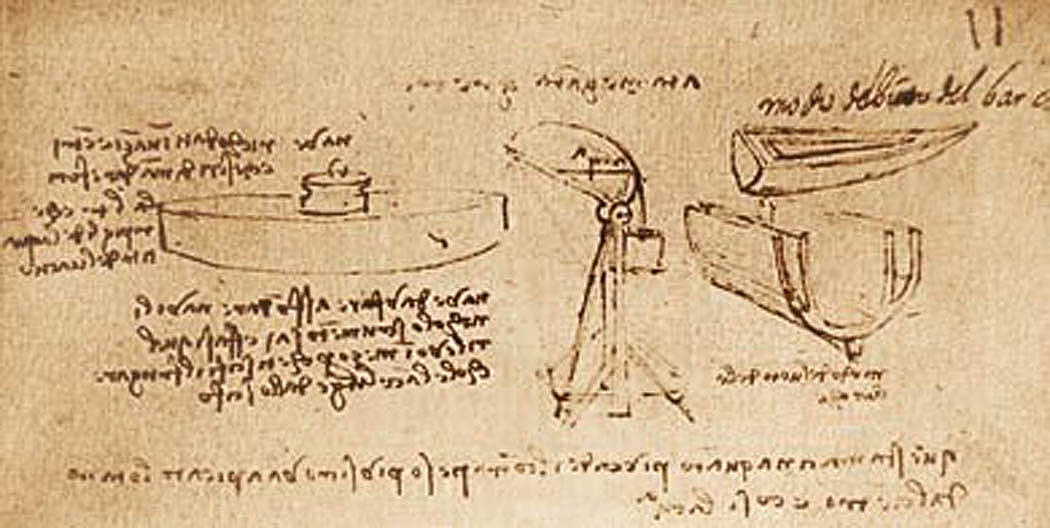 The sketch of the submarine of the Leonardo da Vinci.

Also, sometimes chaikas, lengthened boats of Zaporozhian Cossacks, are considered as preimages of the submarines. Such boats could be used as submarines when they were turned over.

It is considered that the first submarine was built and tested on the River Thames in 1620, the Dutch mechanic and the physicist Cornelis Drebbel …

Nuclear submarine entered the world’s history as the first true submarine watercraft. All of its diesel predecessors were the underwater boats. They were the "diving" boats and the lion's share of the time they spent in the periscope position. Only unquenchable flame of the nuclear reactor gave an opportunity to escape under water completely, providing the submarine with an inexhaustible source of energy.

The submarine is the most invincible and devastating sea weapon, against which there is still no reliable systems to counter in the history of the Maritime wars. Nuclear submarine cruiser may covertly operate in the deep water for months and its weapons are capable of incinerating all life on several continents. 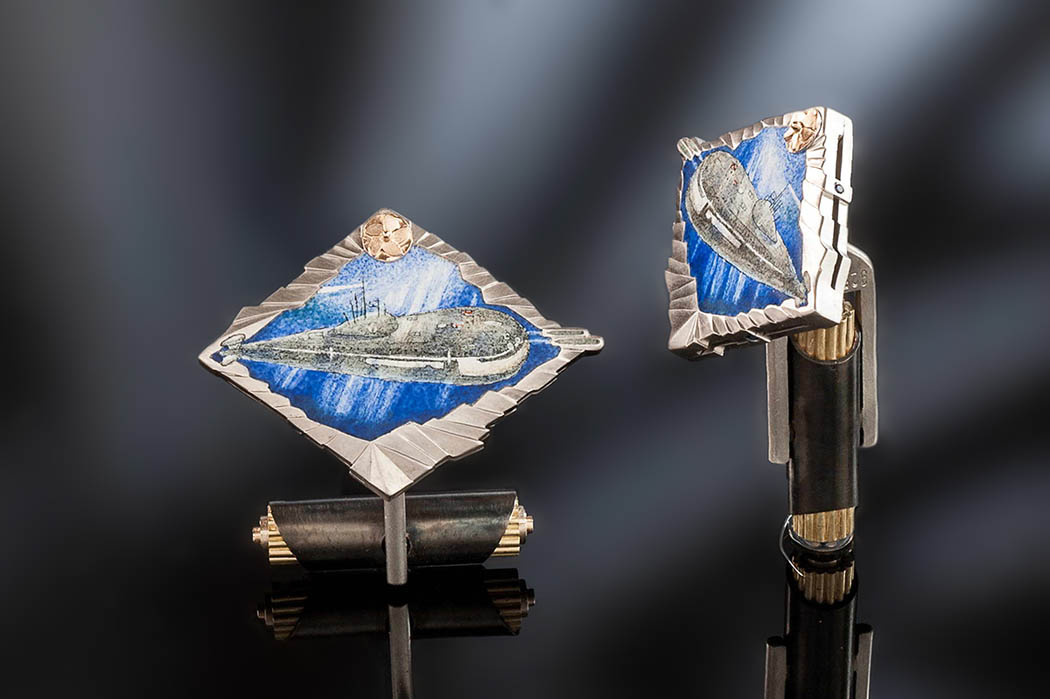 The modern submarine – one of the most complex in the world fortifications, and it would be naive to believe that the crew trains short, examining the high-tech equipment. It would be a good tradition to award the officer personnel with commemorative cufflinks at the end of the training.

Maritime theme has manifested itself in different genres of art and particularly exquisitely in the jewelry works of the C. Faberge firms. These were mainly the cigarette cases or plaquettes, awarded to the most worthy officers of the fleet. In times of С. Faberge the submarine fleet only dawned and the glory of the battlefields was yet ahead. But there is no doubt that this great company would refer to stories related to the underwater fleet in our days. As a continuation of the traditions, the Classic Jewelry House "Lobortas" creates unique cufflinks and captures the history of fighting submarines in them. 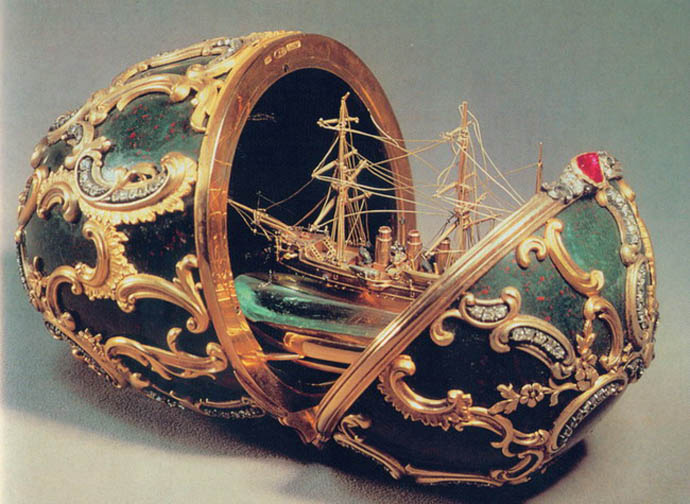