"Art exists to forget the abominations of life."

The works penetrating deep into life and the laws of realistic plastics by François Auguste René Rodin, Aristide Joseph Bonaventure Maillol, Emile Antoine Bourdelle, Demeter Chiparusa in France, Heinrich Ernst Barlach in Germany, Ivan Meštrović in Croatia have a powerful impact on all national schools. François Auguste René Rodin's work is rightly considered one of the most interesting and significant phenomena in the history of world art. Being a fanatical admirer of the living body, Rodin thoroughly studied human anatomy. 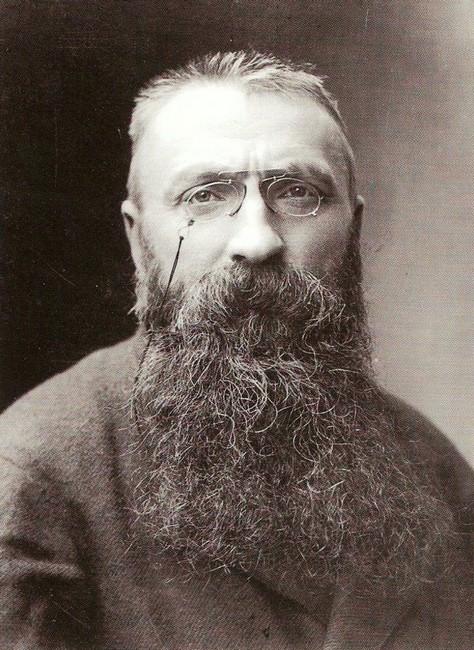 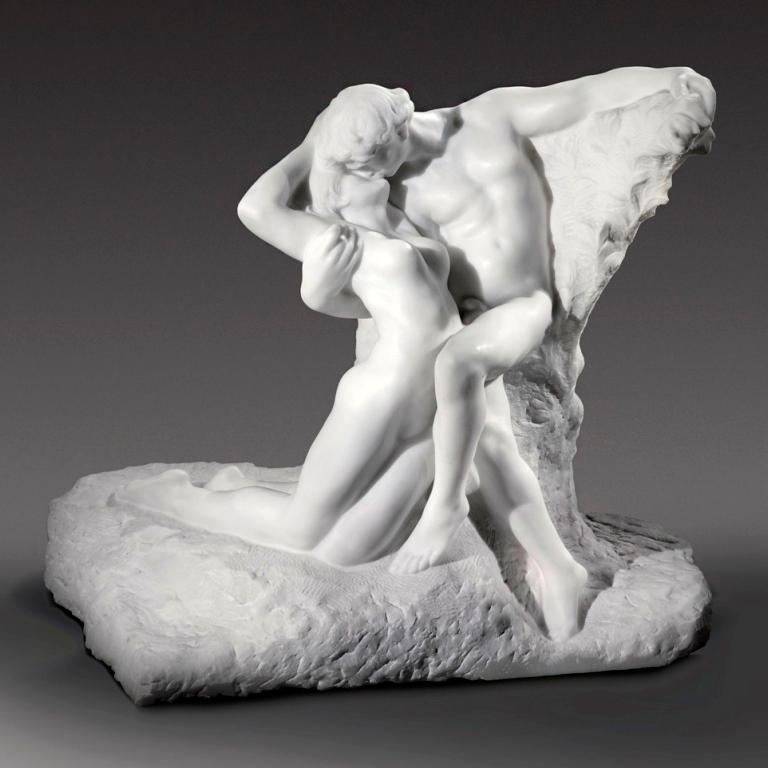 Rodin was able to "grab" that fleeting, barely perceptible thing, which is typical for a person in constant motion. Dynamism, energy and emotionality of the artisan's works often differed from the usual static academism, which made the viewer suffer from bewilderment, misunderstanding and, very rarely, evoked sincere admiration. Rodin's thirst to depiction of the intimate moments of life was met by contemporaries at dagger point. Only after dozens of years, the sculptor's works were recognized as ingenious. 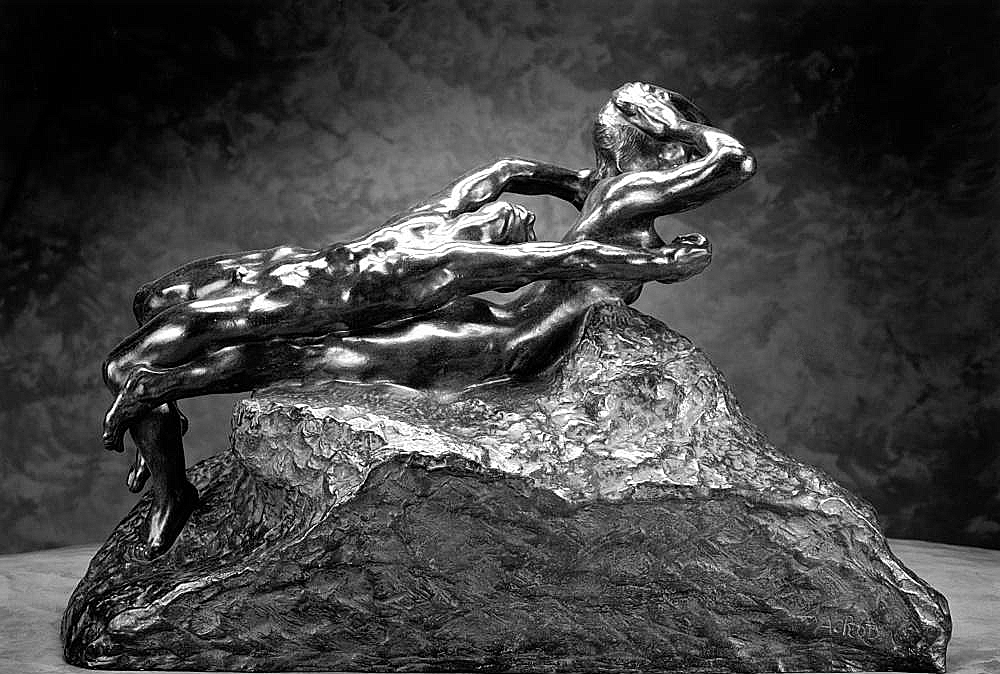 He had the honor to bring a fresh stream into the plastic art, by destroying the frozen academic traditions. Rodin is considered one of the modern sculpture's founders. Emile Antoine Bourdelle once said about himself: "I sculpt in the vernacular." Indeed, his sculptures are devoid of refined exquisite grace, they are full of power, unbridled energy, and filled with raging emotions. 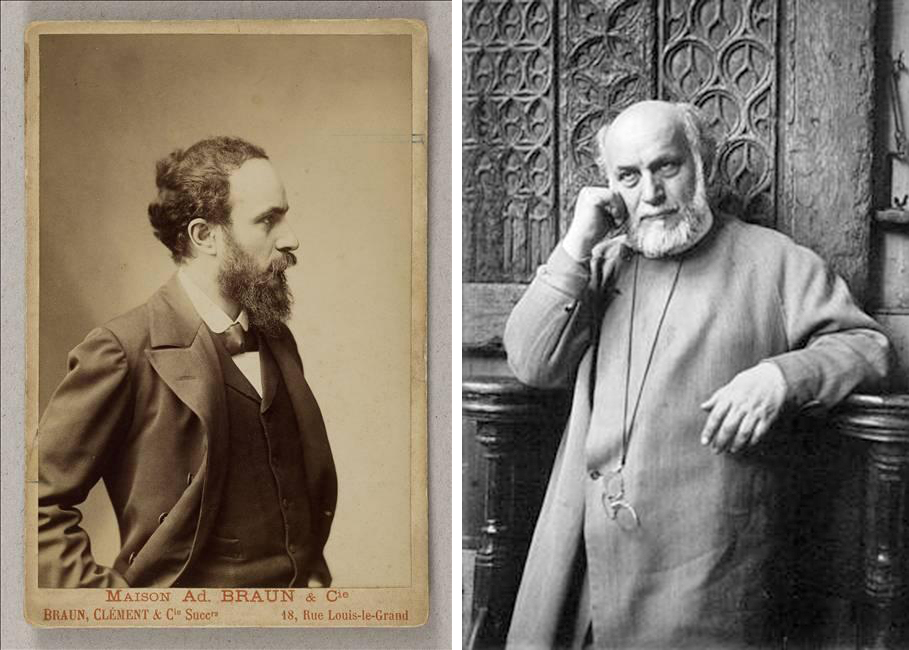 He preferred the laconic and figurative language of Greek archaism, rather than the aestheticism of Hellenistic culture. These features are clearly expressed in the statue of Hercules the Archer in 1909. 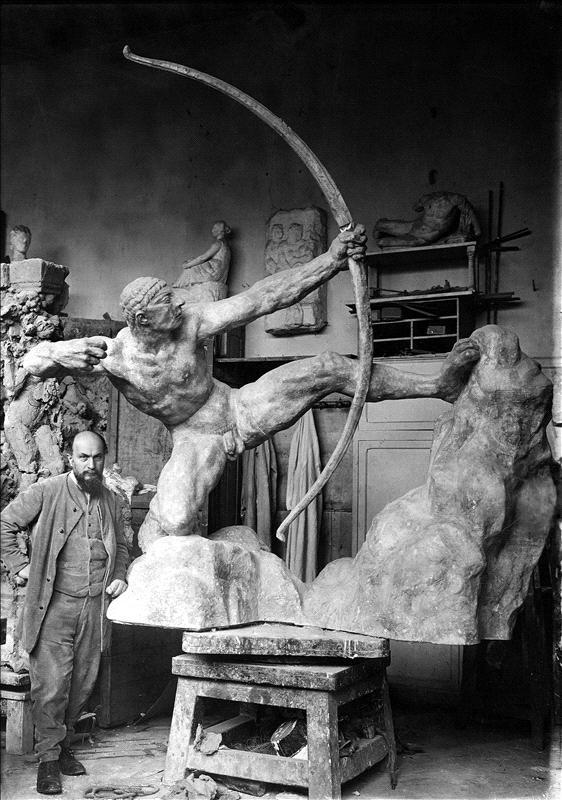 The sharp-featured mighty figure is permeated with energy concentrated in the last effort before the shot. This elastic, expressive image of Hercules is the embodiment of strength, power, as if collected in a ball of energy, ready to break out. To create a sense of vitality, the sculptor depicts the play of muscles and sharp, expressive facial features. The tension is clearly seen in how a huge mighty hand pulls back the bowstring, as the archer's leg sets against the rock with the tendons swollen thereon. 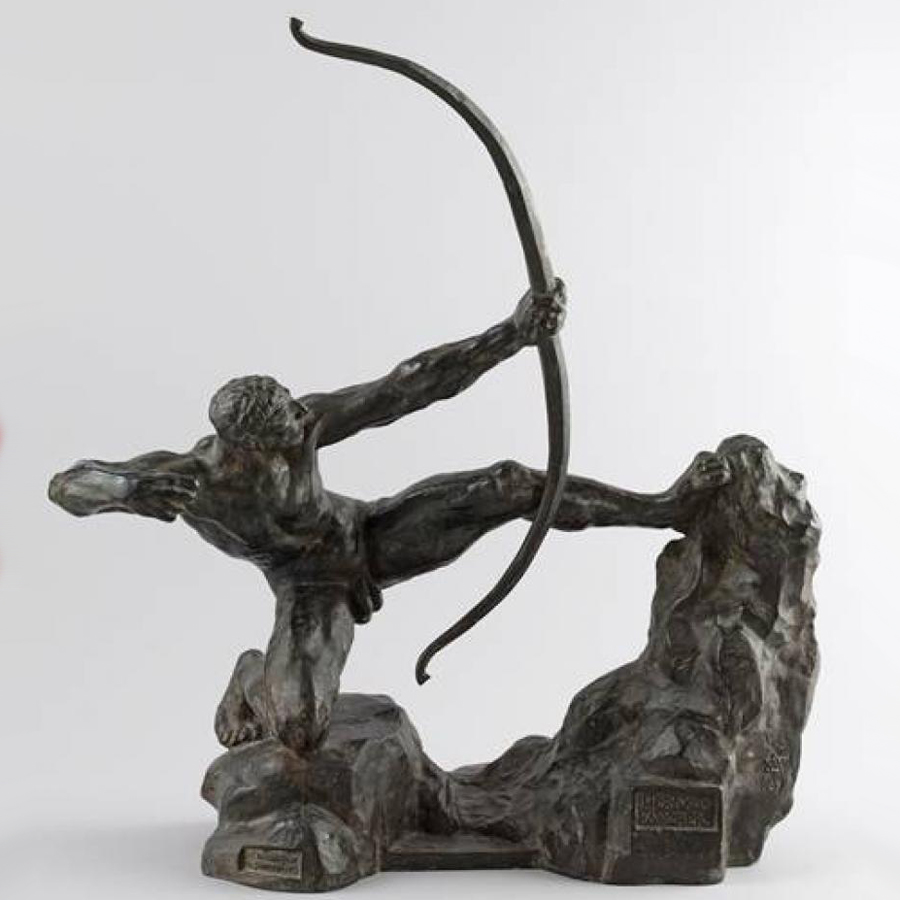 The best works by Emile Antoine Bourdelle, the artist of intense feelings and high thoughts, are imbued with the spirit of heroic struggle, consonant with the progressive aspirations of the era. In the center of his attention are the mighty characters, effective, active, purposeful people. The main theme of Bourdelle's art is a heroic action, understood in the broadest sense, not only as a military heroic feat, but also as a creative tension, as a spiritual activity. 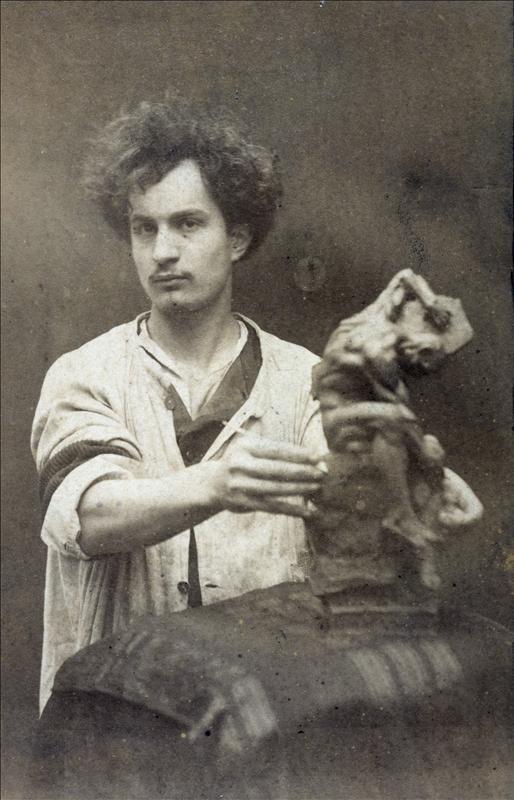 Bourdelle was an Auguste Rodin's disciple, but he followed less his teacher's free style then studied ancient Greek and Gothic plastic. Inspired by the images of antiquity, Bourdelle sought to create a similar impression of density and volume. This was at odds with the fashion of the time, when the sculpture was attracted to the "graceful" shapes. 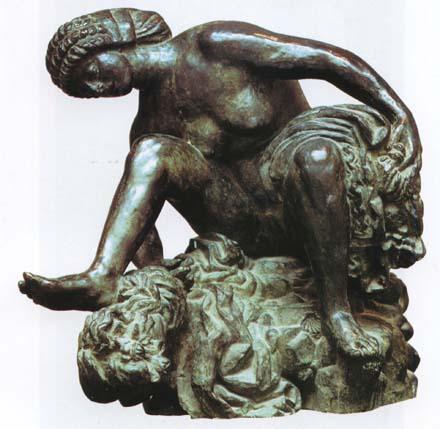 The process of dehumanization of society and alienation of the individual in the 20th century, its revolt against oppression from the outside, the appearance of people with complex nervous organization and powerful intelligence caused the flowering of psychological portraiting. Bourdelle created a gallery of bright portrait images marked by emotional disposition and psychological complexity. 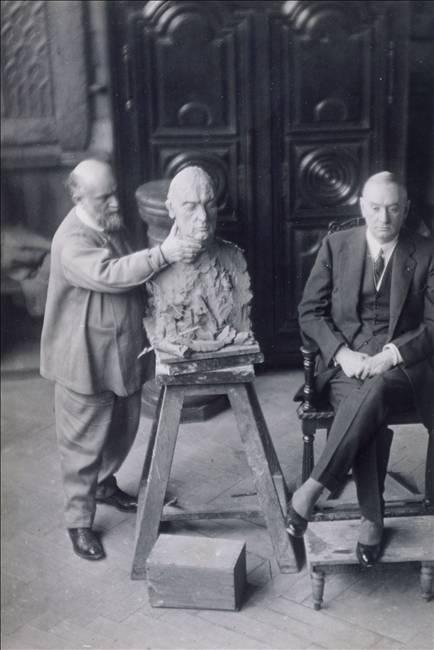 His creative heritage is huge – it is not only sculptures, but also drawings, paintings, illustrations, frescoes. Disciples of Antoine Bourdelle were well-known sculptors such as Vera Mukhina and Alberto Giacometti. 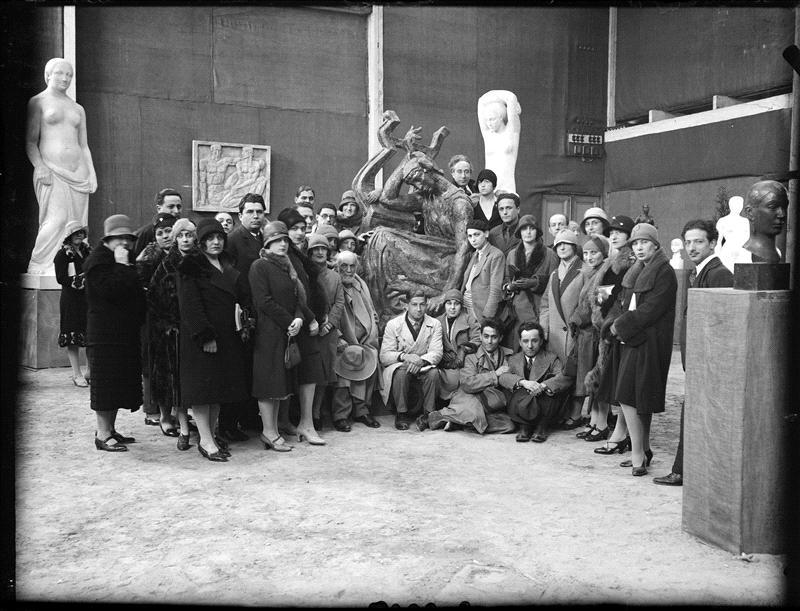 Antoine Bourdelle, his disciples and Cléopâtre Bourdelle-Sevastos near Sappho
at the opening of the Le Domaine des Tuileries in 1928
© Musée Bourdelle / H. Roger-Violett

The importance of Maillol in the art of the 20th century is determined by the fact that, in the turbulent period of the rise of avant-garde movements, he managed to continue the classical tradition by filling its canons with new content drawn from nature and modern reality. 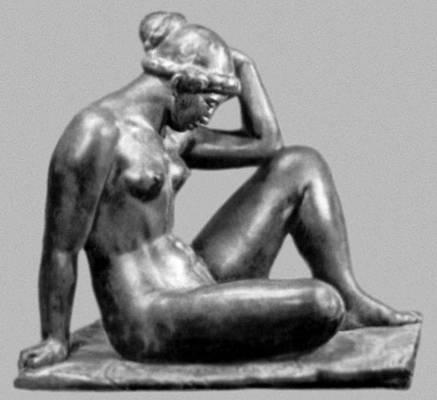 In his works, Maillol first managed to show one of the most important features of his work – the intimacy of expression. Women by Maillol, made of bronze and stone, remarkably natural, plastic, sometimes innocently flirty. It is just small statuettes, but their structural basis is that they look like mighty, huge sculptures in the photos. 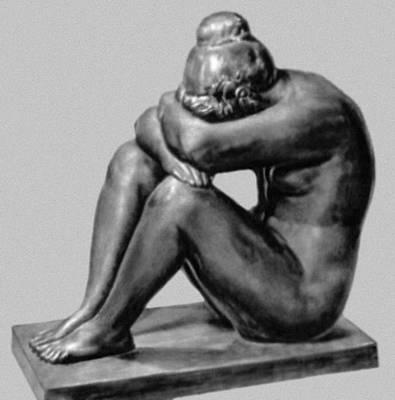 Following the picturesque expressiveness of Auguste Rodin and the emotionality of Antoine Bourdelle, the classical simplicity of Aristide Maillol destroyed the last traces of academism, having returned the ancient foundations to the sculpture of the 20th century. Carriage of the figure in space, the transfer of its movement, posture, gesture, chiaroscuro modeling, enhancing the relief of the form, architectonic organization of volume, the visual effect of its mass, weight relations, the choice of proportions, specific in each case, the nature of the silhouette, are the main expressive means of sculpture created by artisans of Lobortas. 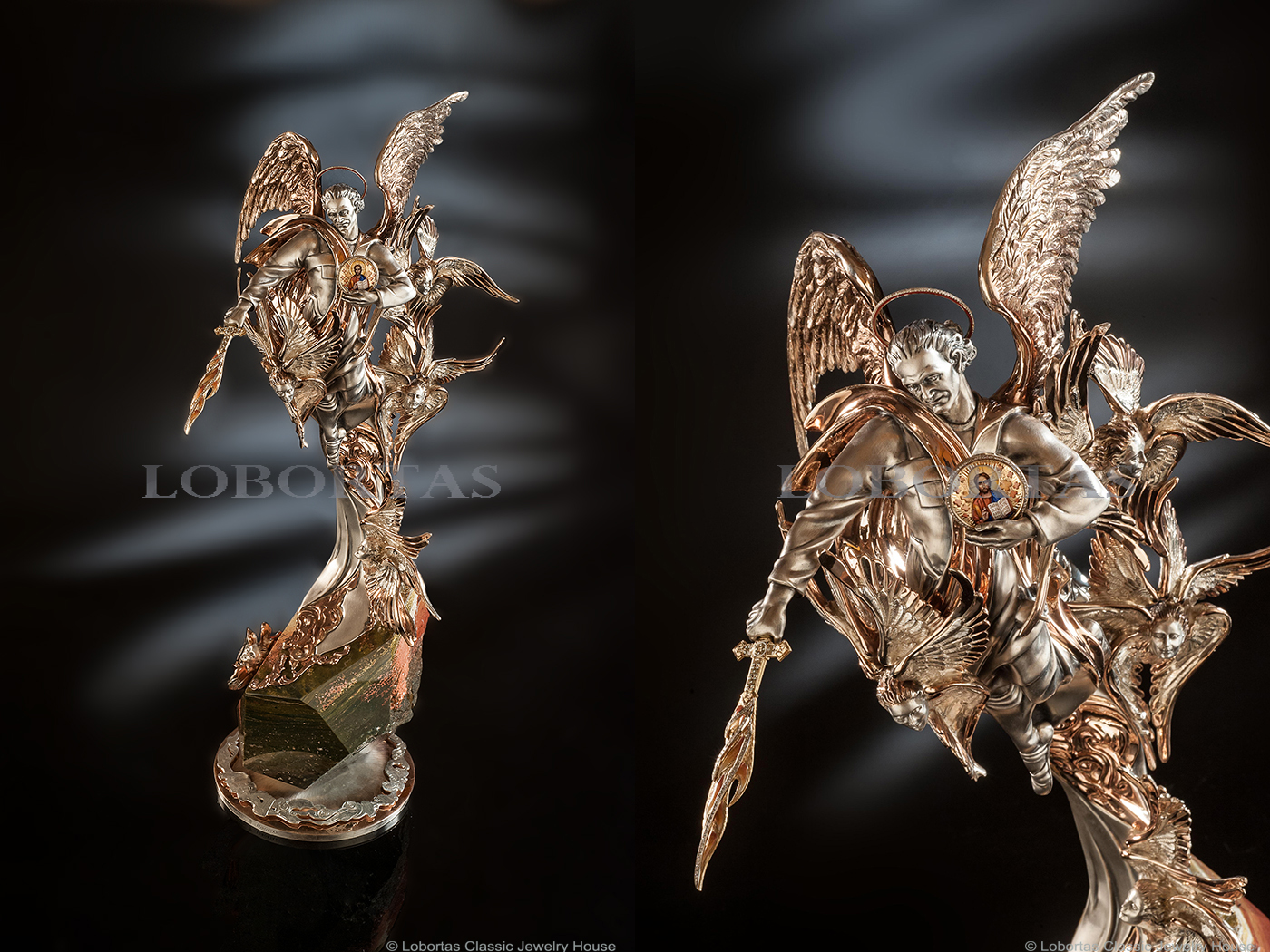 The volume of sculptural form is built by artisans of Lobortas in real space, according to the laws of harmony, rhythm, balance, interaction with the surrounding architectural or natural environment, based on the naturally studied anatomical (structural) features of a model.