C&E: What if we compare Faberge and such famous companies as Cartier, Boucheron, Tiffany?

Louis Cartier II ably took over the experience of others. For example, he mastered the art of enamel, by studying the works of the great Karl Fabergé. Louis Cartier II was a kind of rival of Karl Fabergé at the world jewelry Olympus. By the beginning of the 20th century, the relationship between Cartier and Fabergé was reminiscent of the David-and-Goliath Battle. Louis thoroughly followed the assortment and all the novelties of the Fabergé firm and almost always repeated them in his own style. This was especially true for the stone cutting. Over time, Boucheron joined their company. 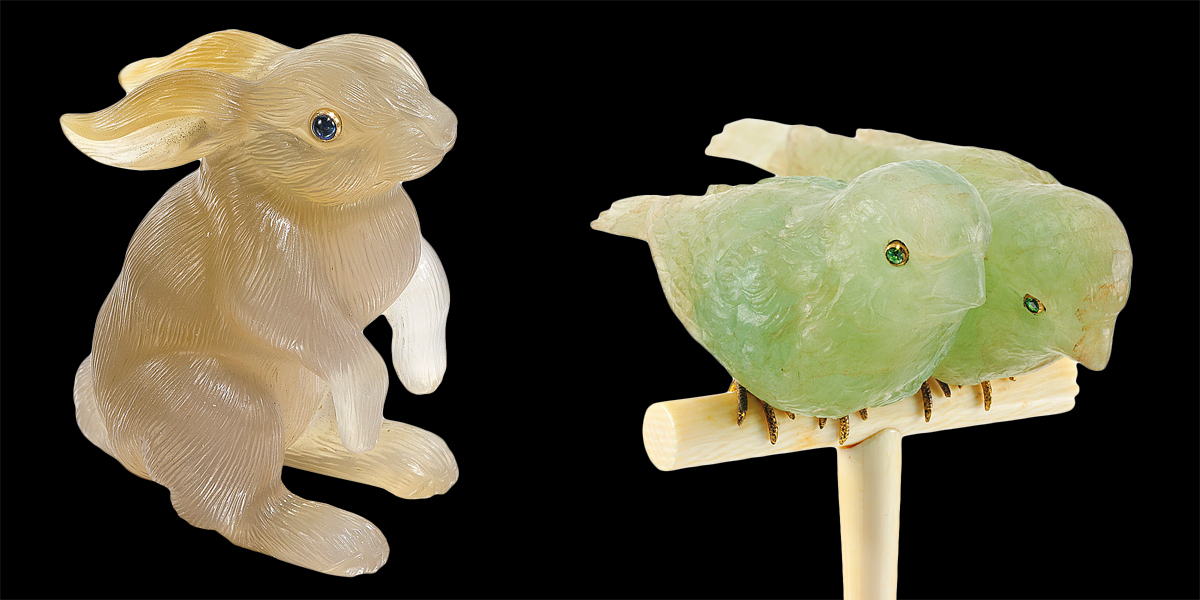 According to Franz Petrovich Birbaum, chief designer of Fabergé, almost all stone-cutting works until 1908 were performed according to the drawings and models of the company at the Karl Fedorovich Werfel's plant in St. Petersburg and the stone-cutting firm of Stern in Idar-Oberstein (Germany). It would not sound ridiculous, but it is documented that both Cartier and Boucheron placed orders for stone-cutting works there as well. Moreover, gems for the manufacture of products were purchased from the same suppliers. 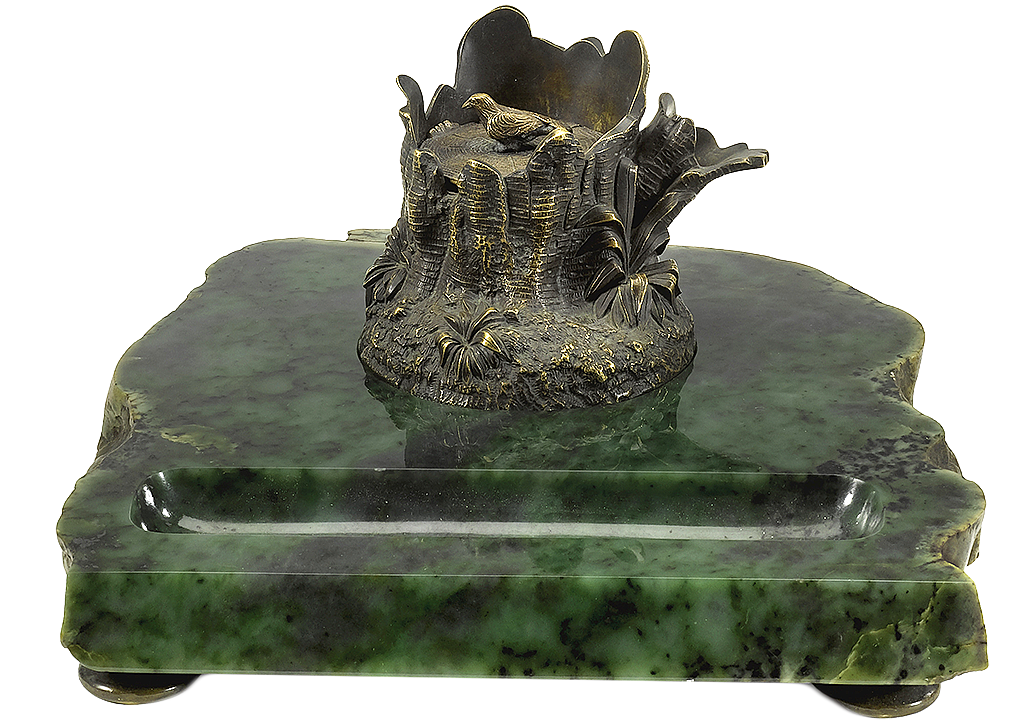 Cartier and Boucheron did not make fakes, they made their own amazing high-end jewelry and decorative works, but we cannot say about them as geniuses of art, because initially they were aimed at mass production, while Faberge along with mass production created very expensive unsurpassed masterpieces. 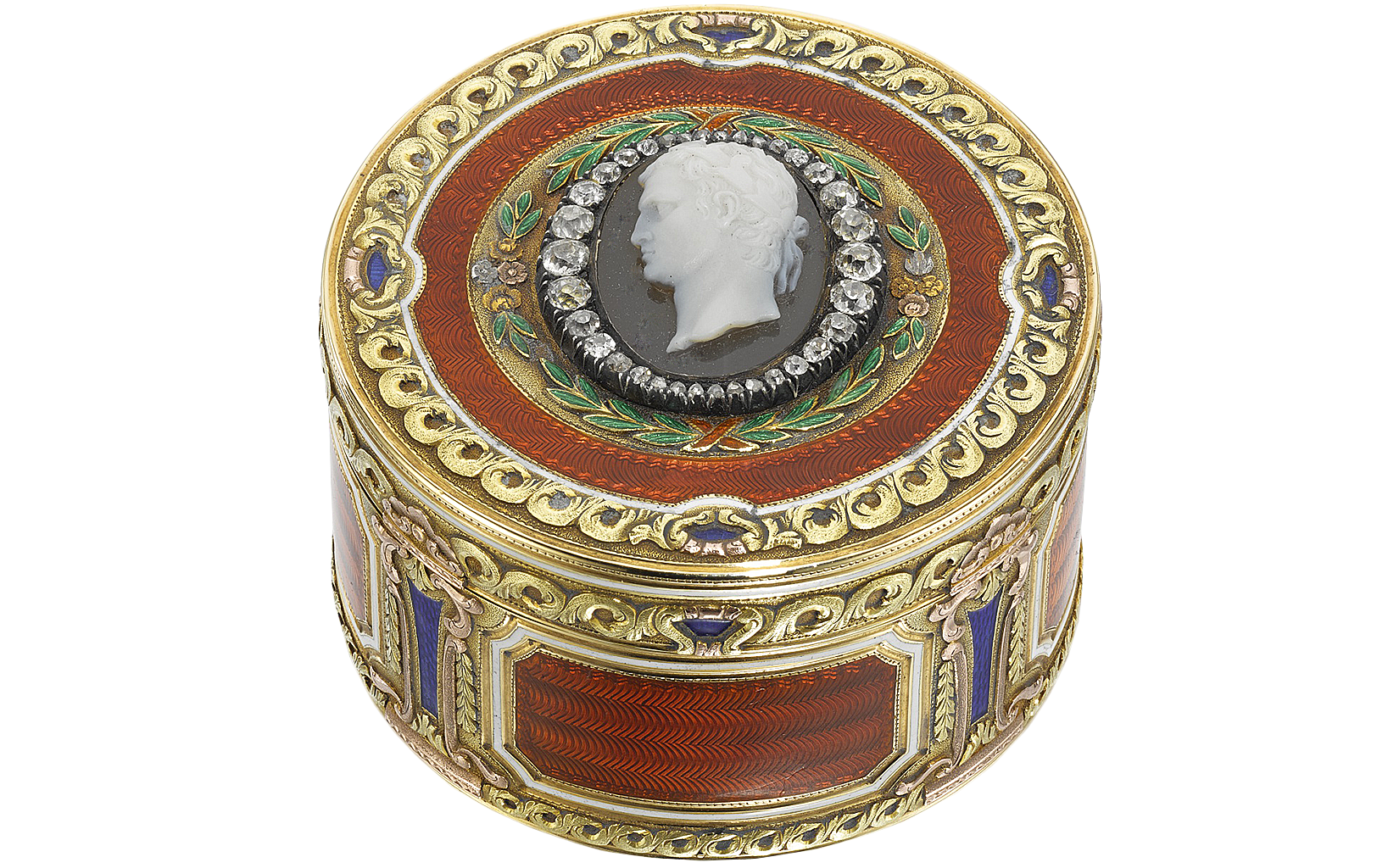 Sculptural figures of animals and floral arrangements by Fabergé have always been more elegant, in great demand and valued very expensive. On the wave of mass interest in stone-cutting figures, they became collectibles, and the strength and hardness of the material made them eternal works of art. 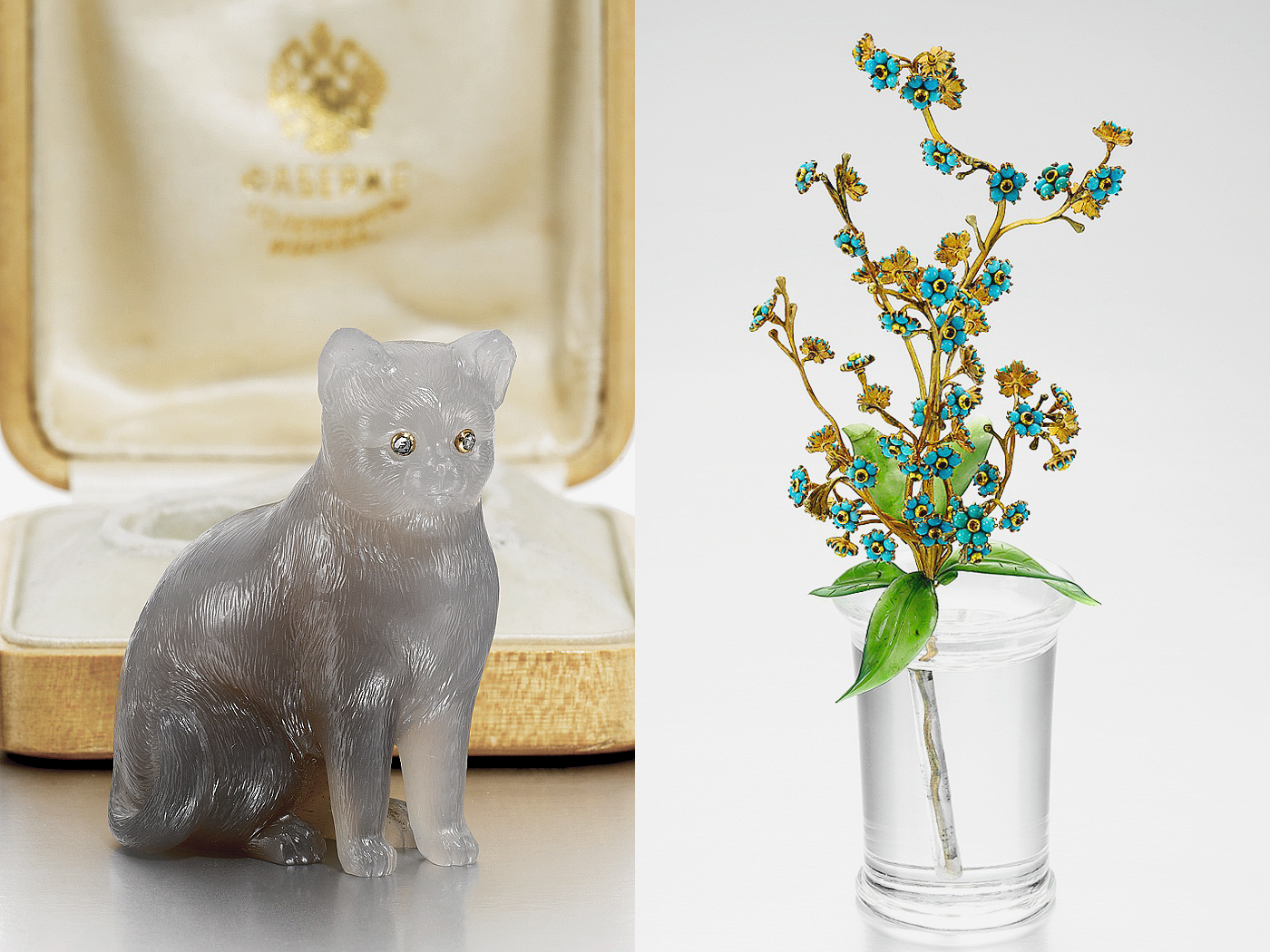 One of those is the collection of stone-carving miniature sculptures by Fabergé, stored in a large collection of artistic masterpieces of Queen Elizabeth II. It is the so-called Sandringham zoo – there are about two hundred figures, and they are still charming, graceful and sweet. 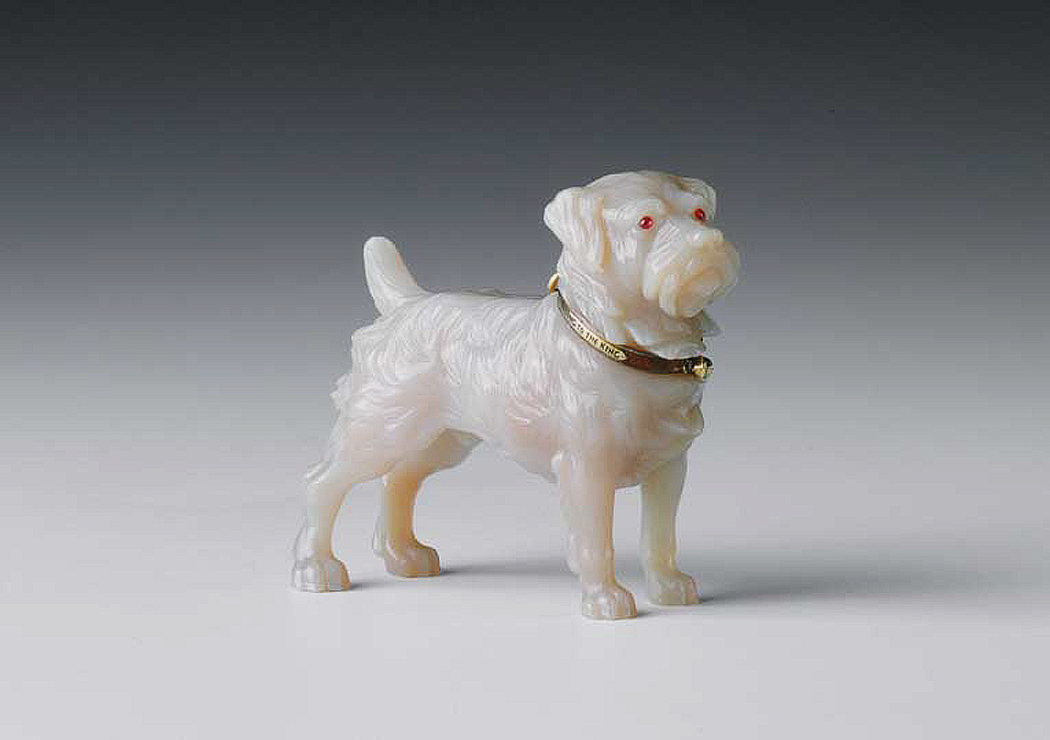 At the World Exhibition in Paris in 1900, Russian art stone products were a huge success. After the exhibition, Fabergé opens its branch in London, which served England, France, the USA, India and Siam. To be continued... 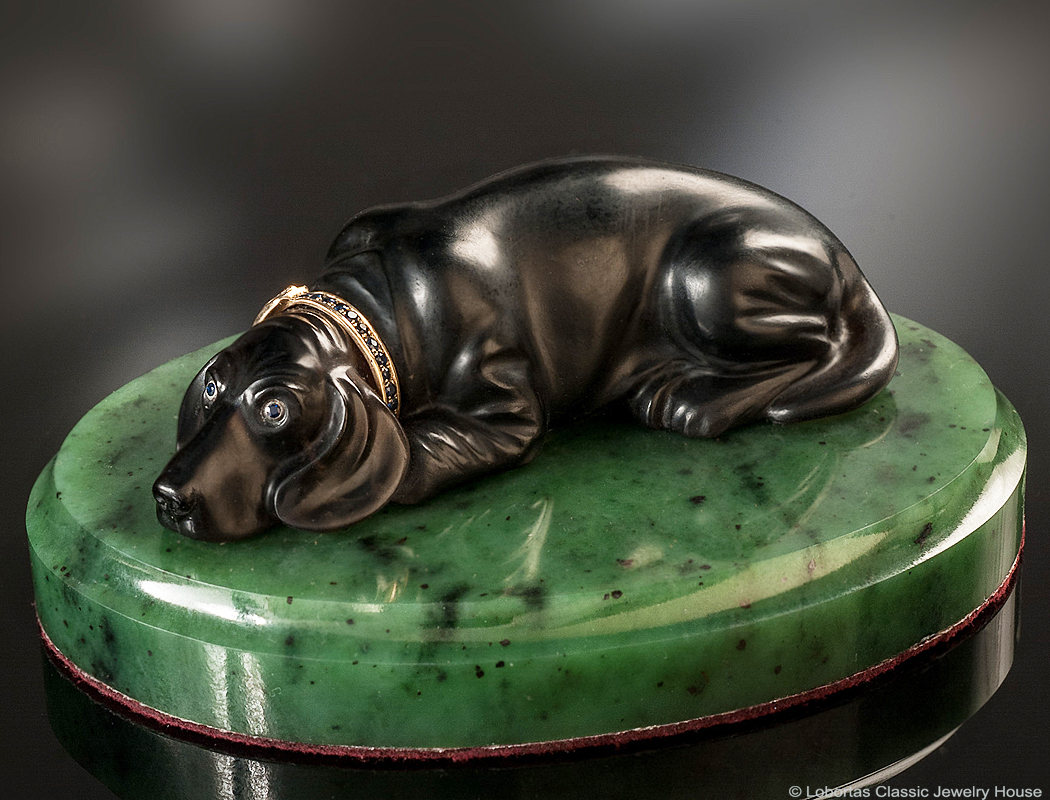 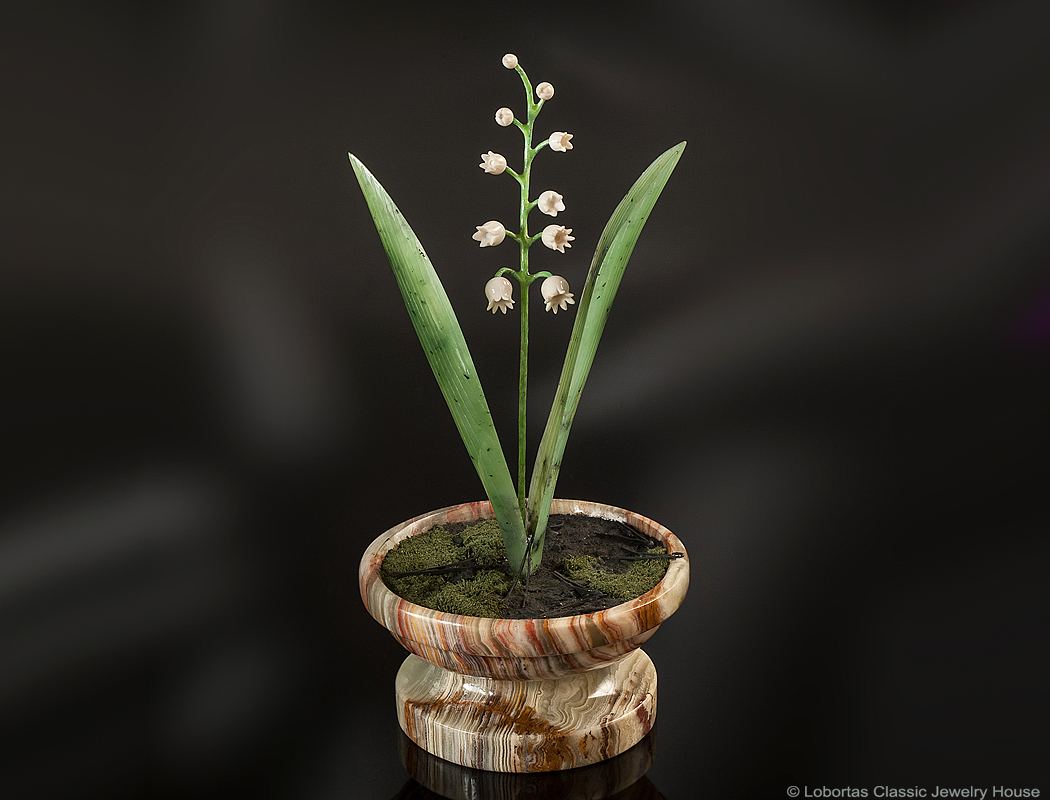