We can rightly consider Max Le Verrier one of the most phenomenal sculptors of the Art Deco style. At the first International Exhibition of Modern Decorative and Industrial Arts, held at the heart of Paris in 1925, from which the style of Art Deco originates, Max Le Verrier gets a gold medal for his work, created in 1919. The style of the sculptures to have been made was described as "an eclectic mixture of elegance and modernism, the lightness of the silhouette and the conciseness of the composition." 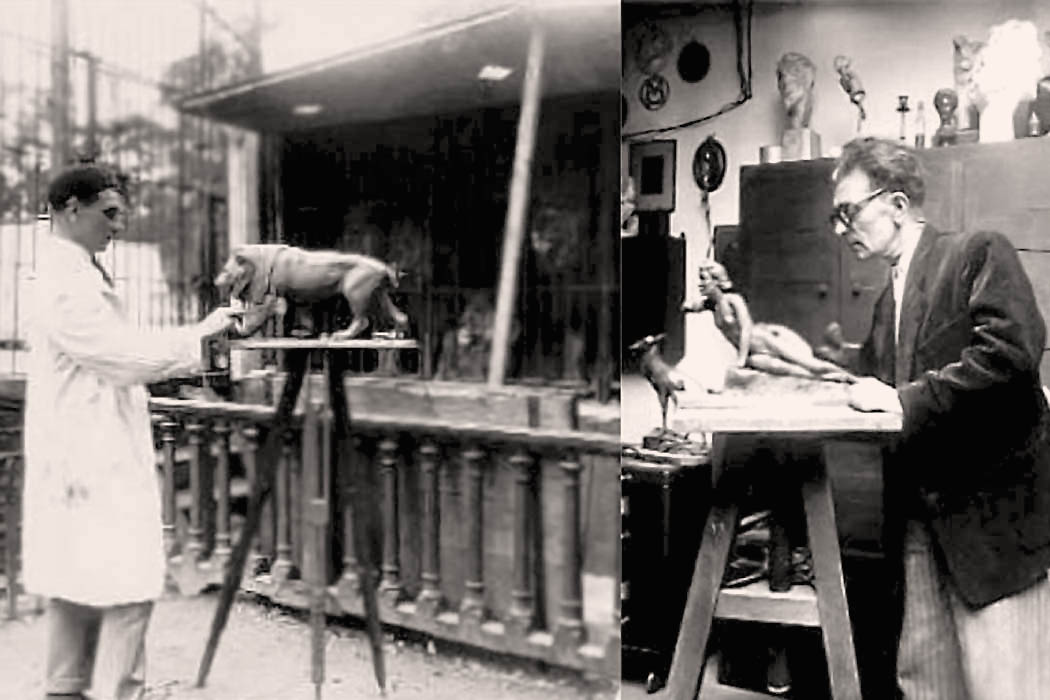 Le Verrier's love to drawing and sculpture manifests itself very early. His Father, being a jeweler by profession, has not approved his son's hobbies, and being confident that the future belongs to agriculture, sends Max into the agricultural schools of Sainte-Sévère and La Réole against his will. Maxime Le Verrier devotes all his free time to sculpture. 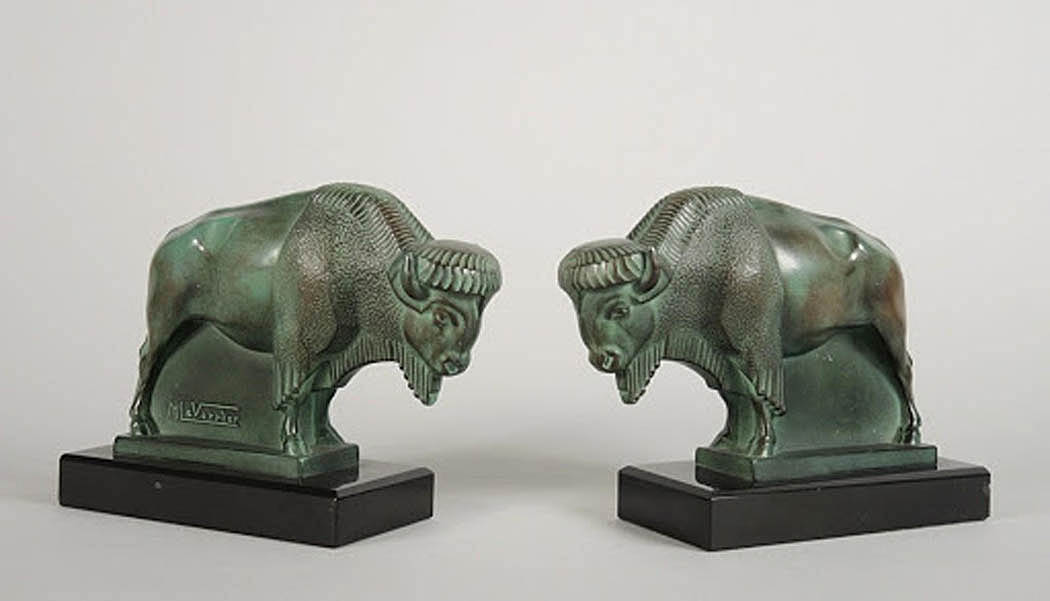 Many years of ordeal are to pass, until Max Le Verrier becomes one of the best students at Collège de Verneuil sur Avre, the school of fine arts in Geneva. At the age of 16, he returns to Paris in search of the work. In 1909, he will move to London, where he will not be able to find a job for a long time. Working in the flight school as mechanic will help Max Le Verrier to obtain a pilot's license in 1913. During the World War I, he served in the French bomber squadron. May 25, 1915, in an air battle, he will be brought down by a German fighter. During the captivity, he sculpts a variety of clay images, mainly of his comrades. In 1917, Le Verrier will be interned to Switzerland as a part of the prisoner exchange practice. 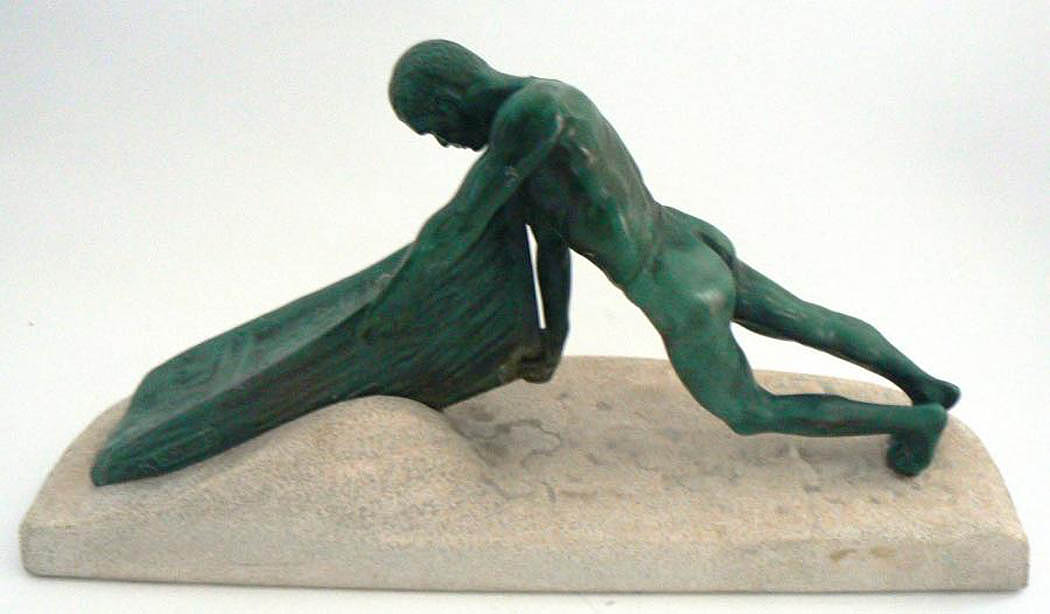 After graduation from his school in Geneva, in 1919, Le Verrier returns to France, rents a painter's workshop and founds his own studio in Paris at Rue du Théâtre, where he worked 12 hours a day. From now on, Max Le Verrier will devote the rest of his life to sculpture. It was at this time for him to create his first popular sculpture – the famous Pelican, which will be awarded with the gold medal at the Paris International Exhibition of Modern Decorative and Industrial Arts in 1925. 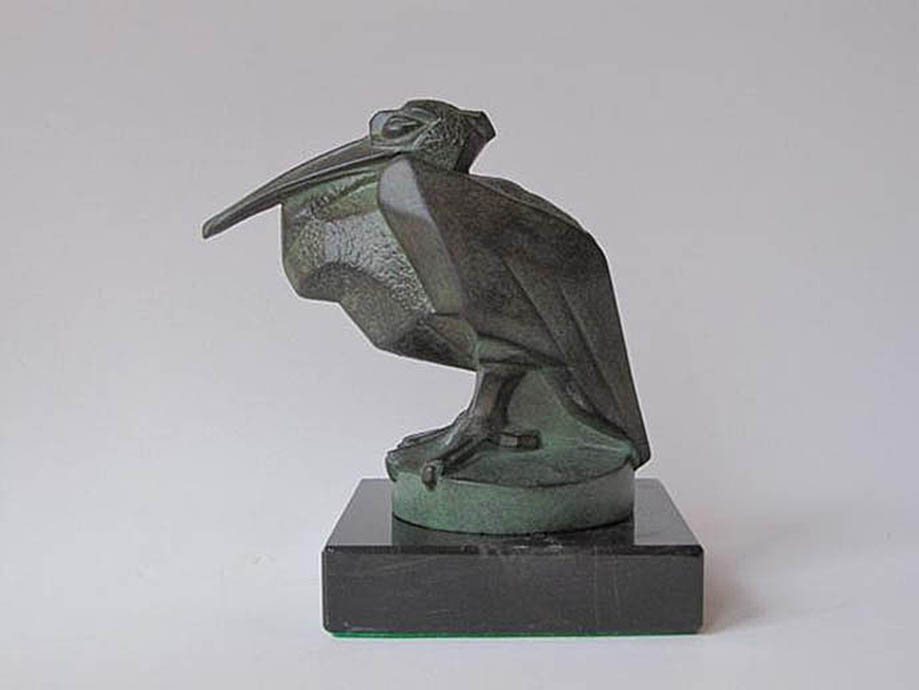 In 1921, Le Verrier creates a series of animal sculptures for which he seeks inspiration in zoos and circuses (Jardin des Plantes, Cirque Bouglione at Jardin d'Acclimatation in Bois de Boulogne).

At the same time, Le Verrier creates several car talismans, mascots, very popular at the time. His work was Eola, an exact copy of the famous bonnet ornament of Rolls-Royce, in particular. 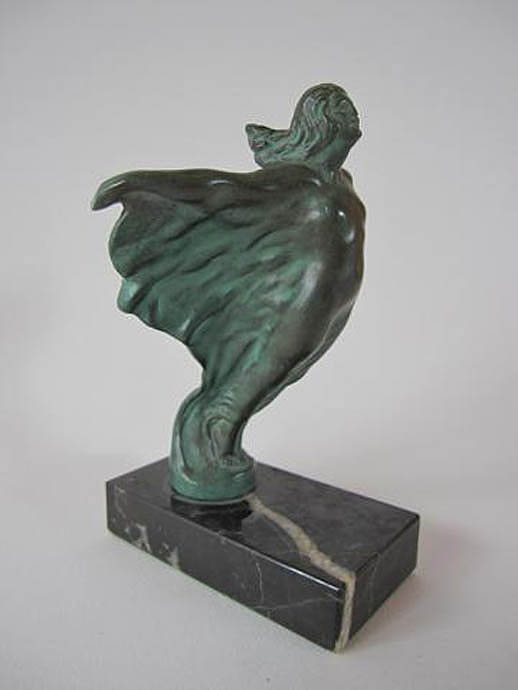 The mascot (French: mascotte) means a person, animal or object that brings good luck. The tradition of decorating the hood or radiator of the car with a figurine as an emblem can be associated with the bow ornamentations of sailing ships. On the sailboats, the figure symbolized a talisman against evil forces and evil spirits. This explains single-copy figurines and symbols, which are sometimes real masterpieces of jewelry and applied arts, to appear on the hoods. 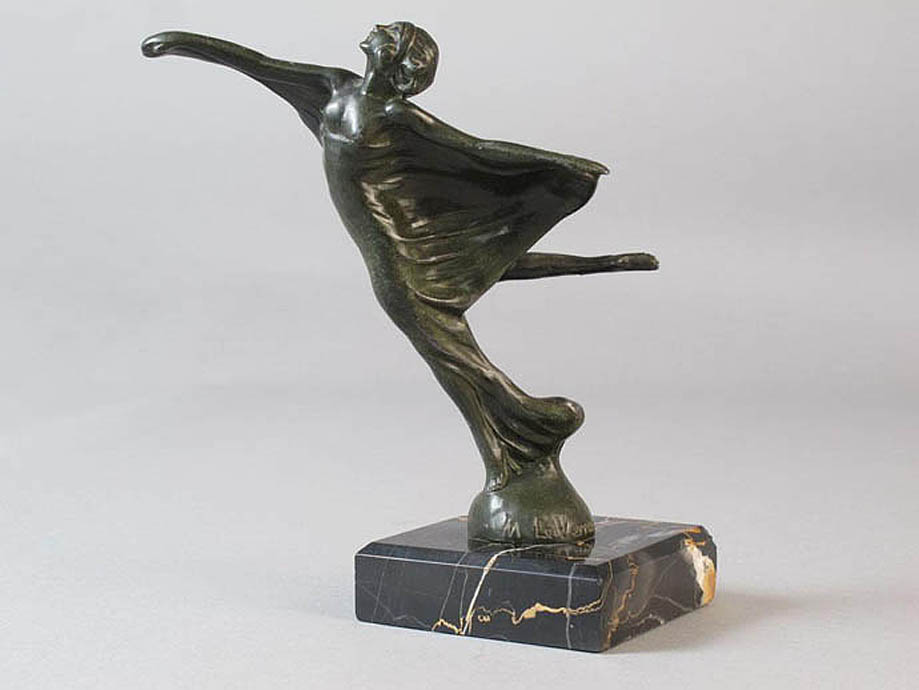 Unfortunately, there is no information about the one, who was the first to install a figurine on the car radiator, but it is believed that the first figurine appeared in 1911 on the hood of the Rolls-Royce vehicle. By order of Baron Montague, sculptor Charles Robinson Sykes made a statuette called "Silver Ghost". In 1926, Le Verrier opens his own foundry to cast products for a wide range of French sculptors of the time, including Pierre Le Faguays, Marcel Bouraine, and many others. From the very beginning, his company has gained an unsurpassed reputation for the very high quality of work, exceptional detail and precision of the products that it produces. 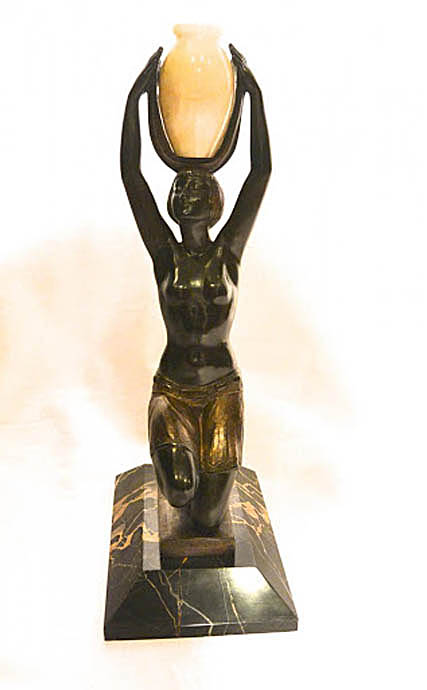 In 1928, Max Le Verrier creates his famous Clarte (a girl holding a glowing ball), a bronze masterpiece depicting a woman of that era in the style of à la garçonne. The idea of creating the image goes back to the ancient goddess of light, and, at the same time, it displays the appearance of a modern woman, as if descended from the pages of La Garçonne (The Bachelor Girl), the novel by Victor Margueritte. "When I was working on Clarte, I always felt that it was a precious witness to the spirit of this exciting time", with such words, Max Le Verrier spoke about the most important work in his creative career. 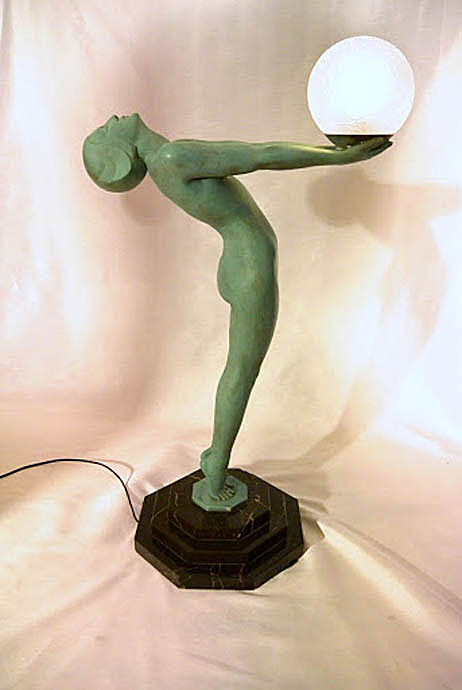 Le Verrier's contribution to the world Treasury was awarded with an honorary medal at the International Exposition of Art and Technology in Modern Life in 1937. During the World War II, Le Verrier helped the Resistance, struggling to create until his arrest in 1944. 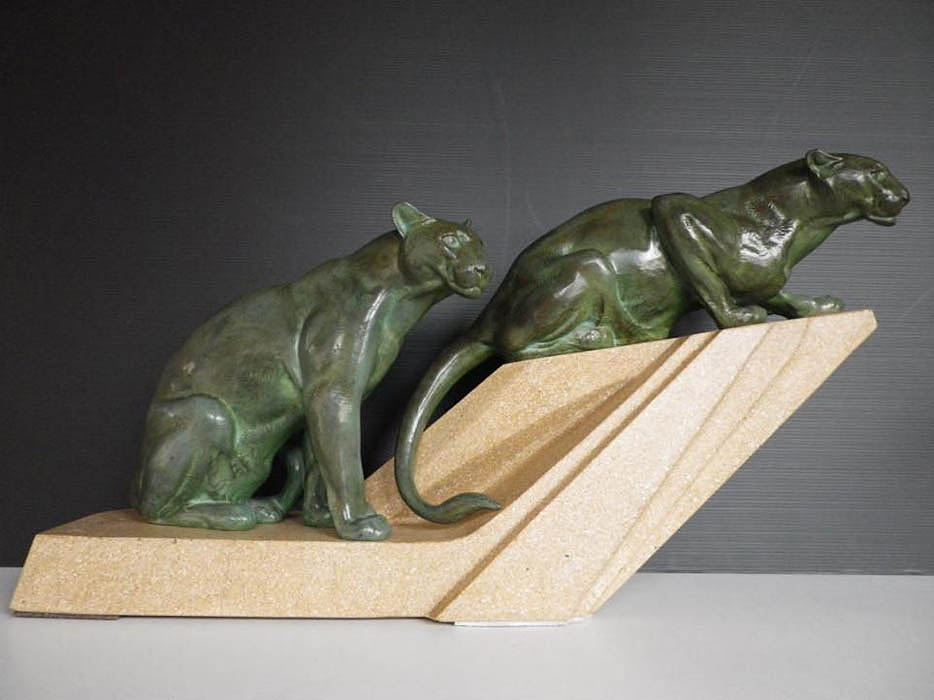 After the World War II, Max Le Verrier has to start all over again. Workshop and factory were mercilessly looted. Gradually, he revives the production, mainly focusing on the bronze artistic casting by releasing the ashtrays, office items, religious memorabilia, statuettes. As a tireless sculptor, Le Verrier creates another collection of smaller bronze animals and a group of characters based on Don Quixote and Sancho Panza. 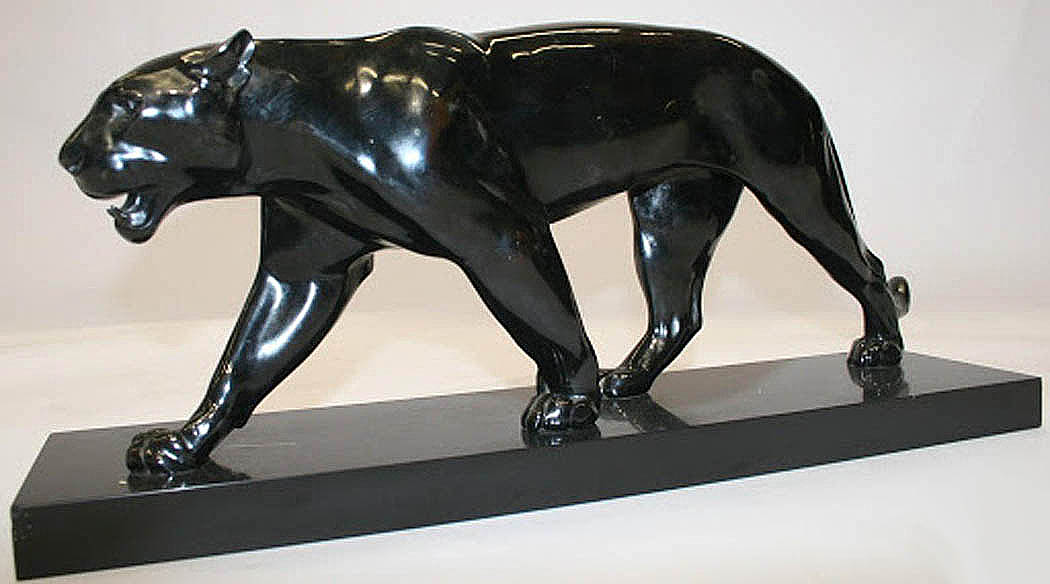 To his last breath, Max Le Verrier was devoted to his favorite trade. He finished sculpting his last work, a small sculpture of a Panther, in a hospital bed three days before his death. At the age of 82, Max Le Verrier went for good and was buried in a cemetery in Fontenay-lès-Briis, next to his friend Pierre Le Faguays, who had left this world ten years earlier. 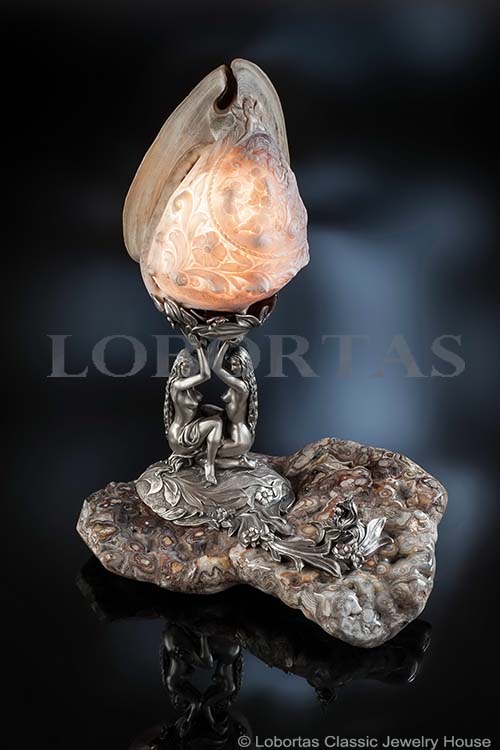 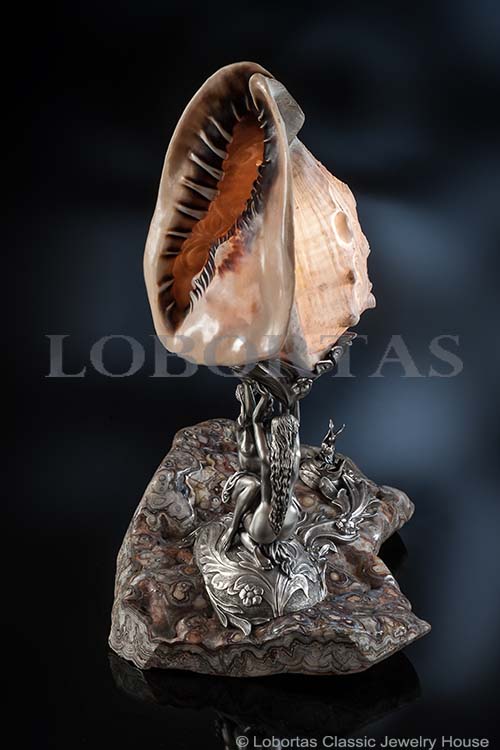