The French sculptor Pierre le Faguays (1892-1962) stood out for bright and original creativity. 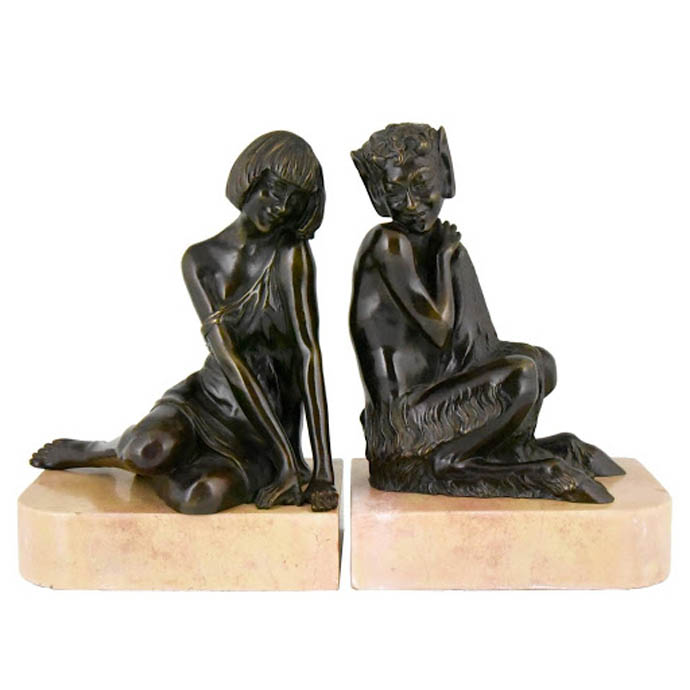 During the World War I, Pierre le Faguays studied at the school of fine arts, in Geneva, in the Studio of the sculptor James Vibert. At school, he met with the future famous sculptors Marcel Andre Bouraine and Louis Octave Maxime Le Verrier. Friendship will last until the end of their lives and will give the art many unsurpassed masterpieces. 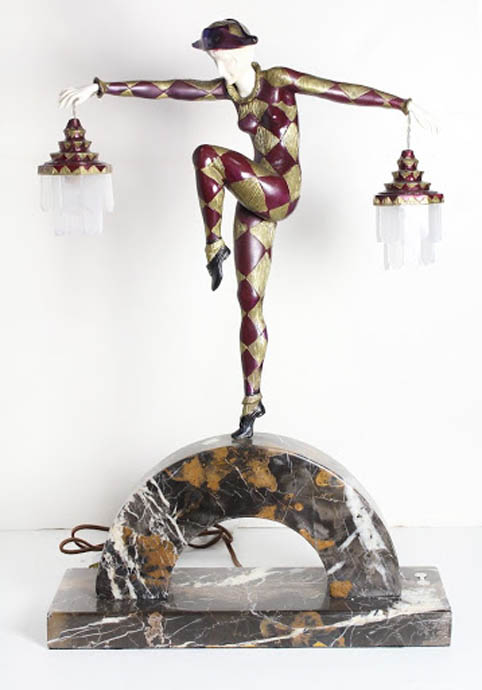 In this sculpture, the masters turn to another popular theme of Art Deco, the characters of the Commedia Dell'arte. The image of harlequin perfectly suited for the sculpture of small forms, firstly, due to the decorative effect of his costume, and secondly, because it involves a wide range of different poses, dynamic and interesting in silhouette. Masks of Commedia Dell'arte originated in Italy in the XVI century, and enjoyed their popularity in European culture, particularly in France, just at the late XIX - early XX century. Commedia Dell'arte masks owe this success to Russian Seasons to a large extent, to the Carnival ballet in particular, which in turn inspired Pablo Picasso to create his Harlequin series. Moreover, through the Great Spaniard, images of Italian masks have penetrated into the work of many artists, including those working in the style of Art Deco. 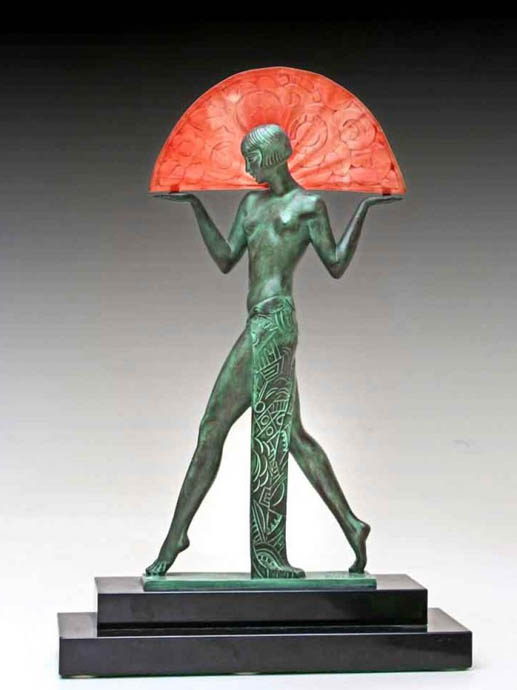 Pierre le Faguays shows his first works at the exhibition in the Salon of the Société des Artistes Français in 1922. His style is close to the style of Demétre Chiparus. 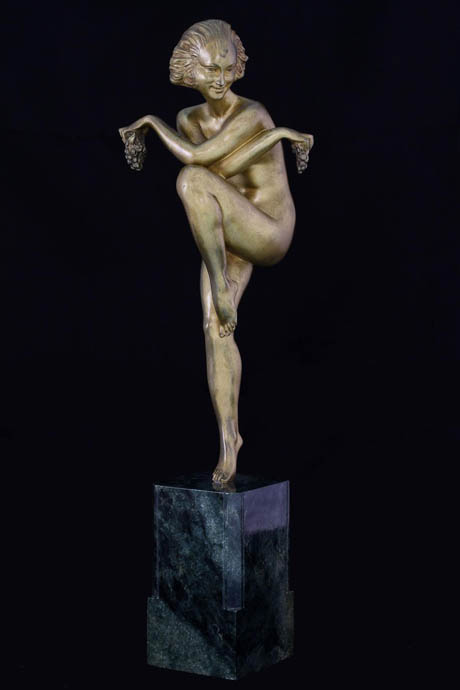 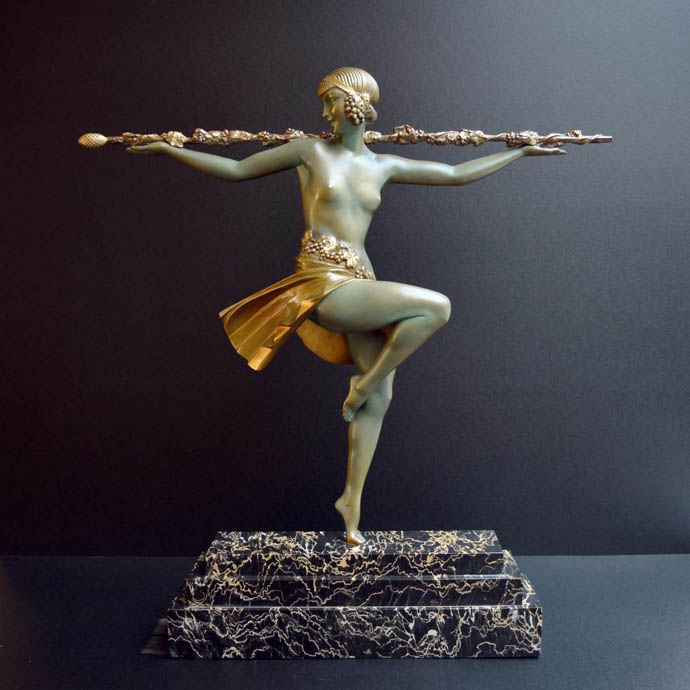 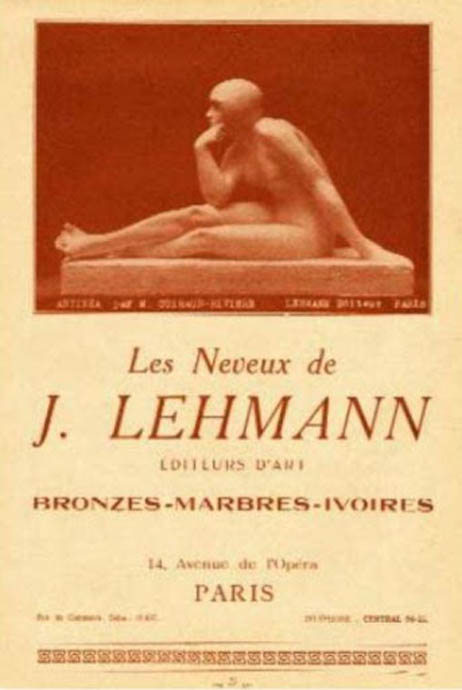 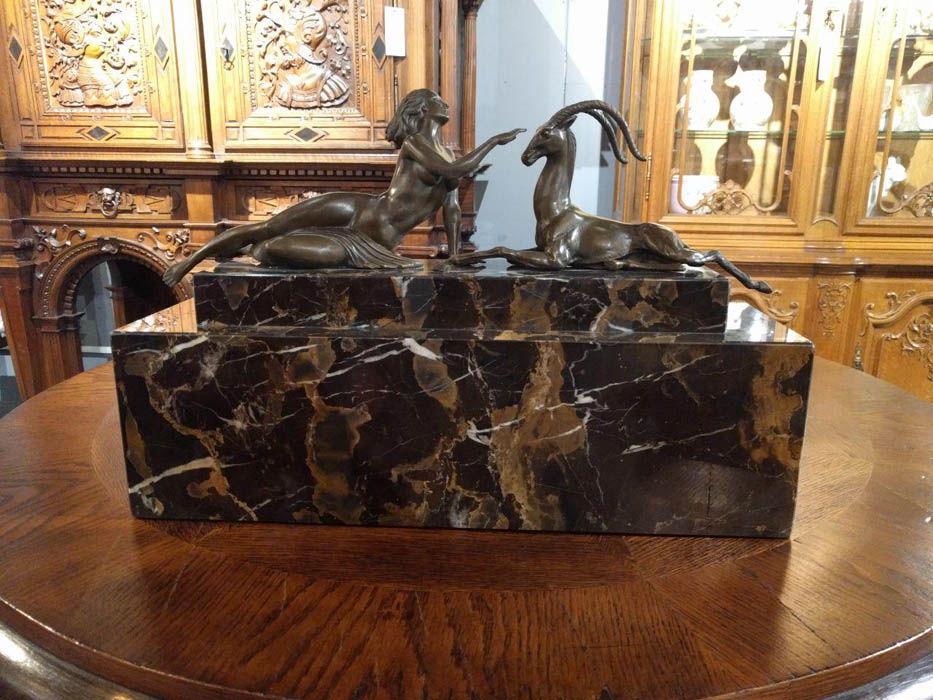 Pierre le Faguays has often created his works using the aliases of Guerbe and Fayrel (his mother's and wife's names). 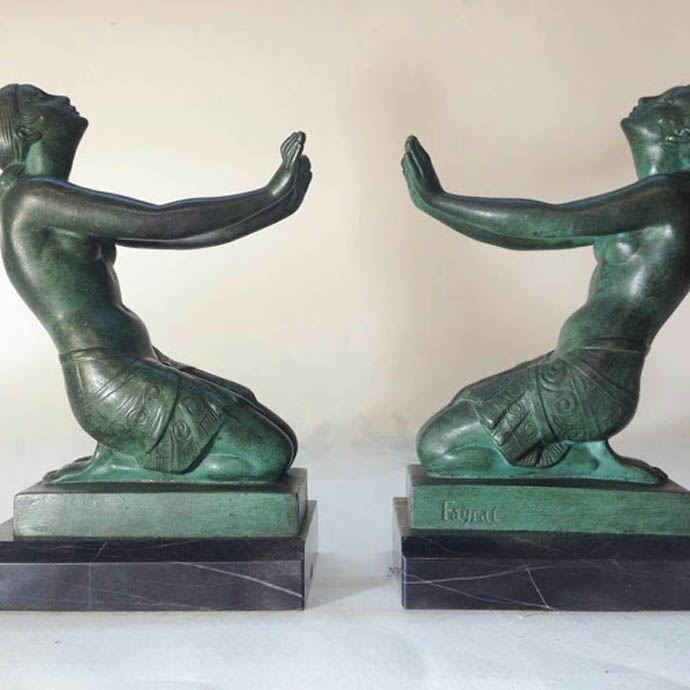 The works by Pierre le Faguays were constantly presented in the Arthur Goldscheider's pavilion, at the International Exhibition of Modern Decorative and Industrial Arts, in two groups: La Stèle (modern sculpture) and L'Evolution (styling). 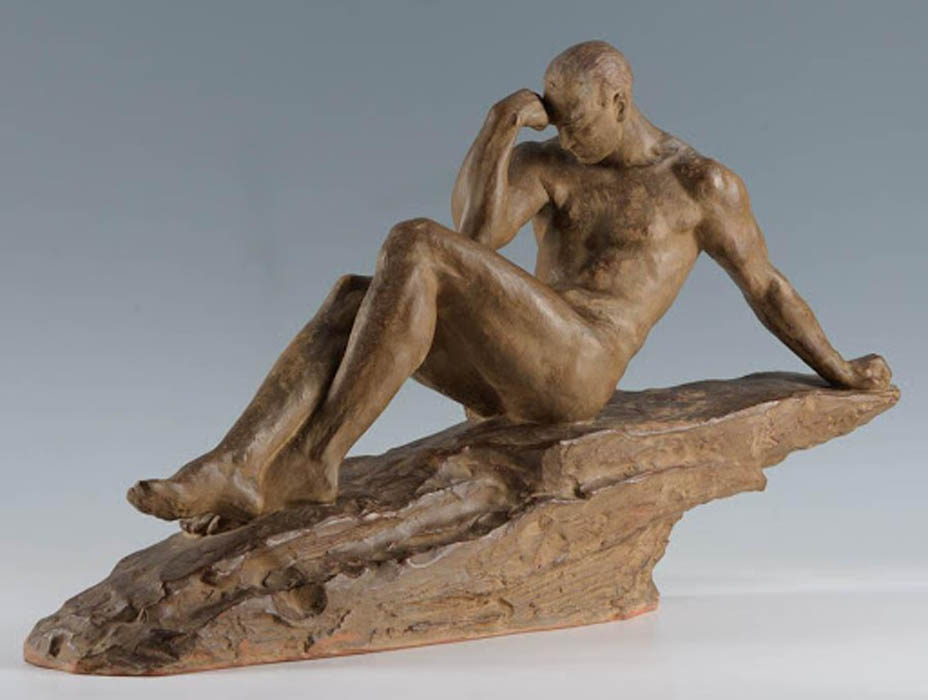 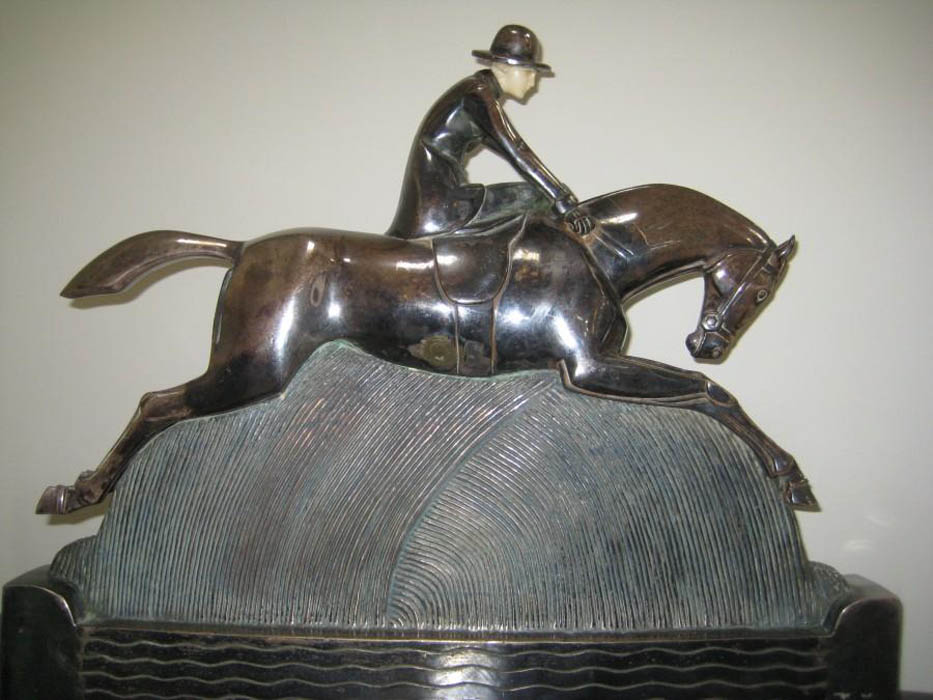 The composition is interesting for the use of geometric lines as a visual means, a typical sign of Art Deco design. 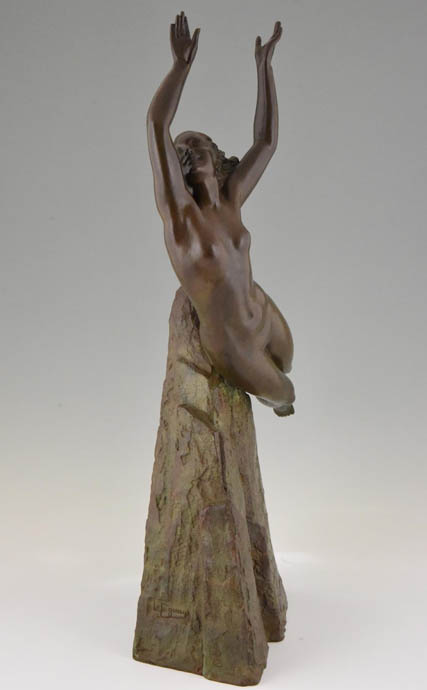 After World War II, Pierre le Faguays devoted himself to painting entirely. He painted pictures at the Рlace du Tertre, in the "heart" of Montmartre. 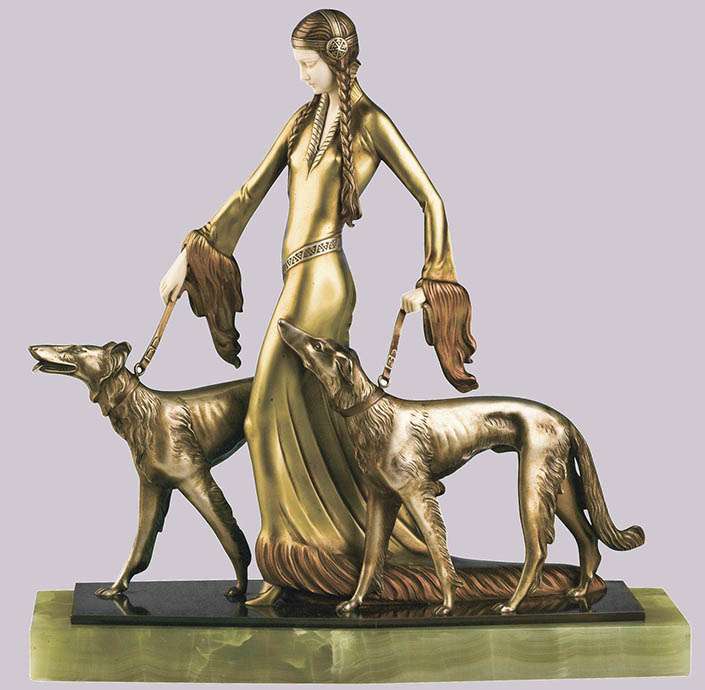 Refined and elegant, incredibly luxurious and dynamic images can be seen in the works of German sculptors Hermann Hugo Otto Poertzel and Otto Hoffmann or ironic ones in the Roland Paris’ creations, which can rightly be considered as examples of the expressive potential of chryselephantine technology. 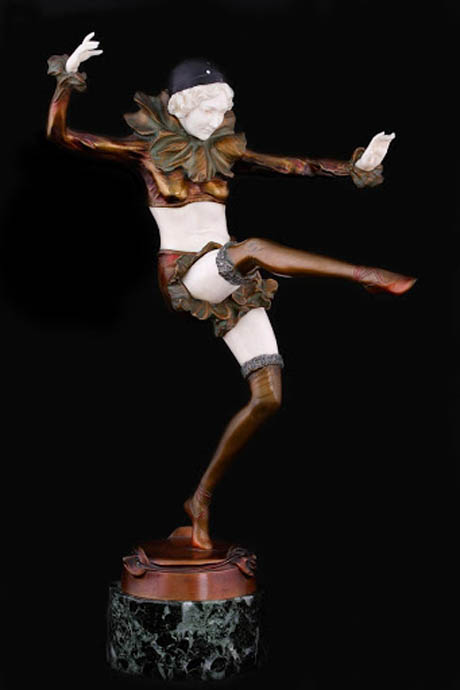 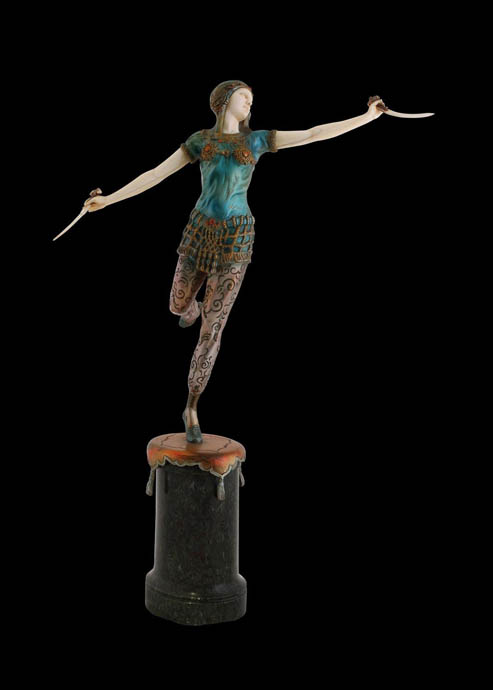 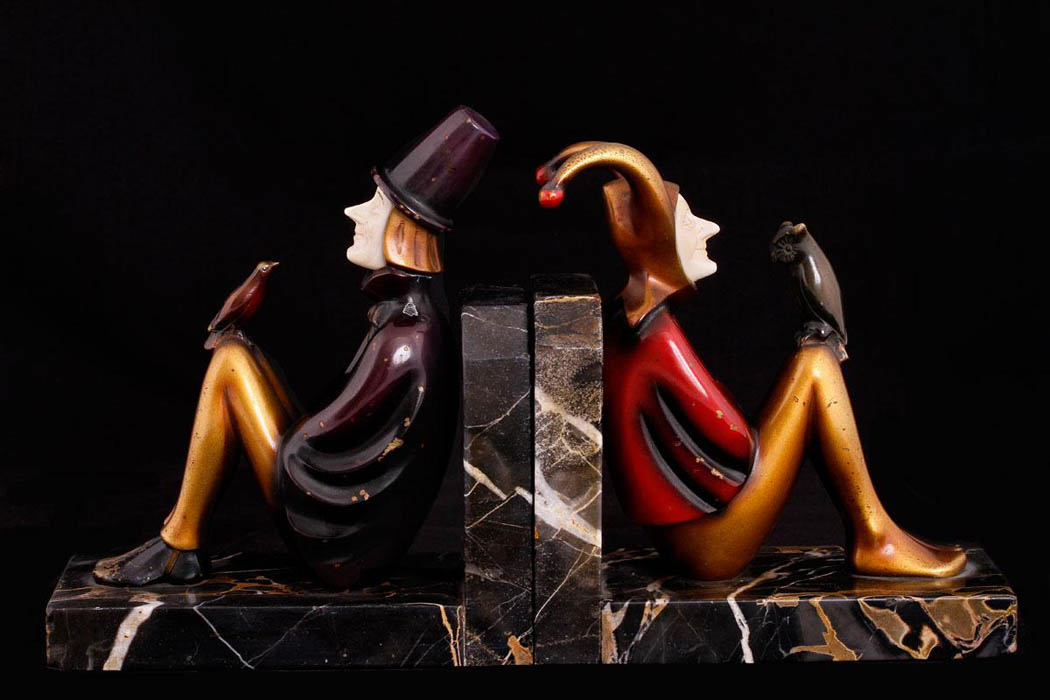 The works by Spanish sculptor Enrique Molins-Ballesté distinguish themselves through innovation and meticulous attention to the detail. Enrique was born in Barcelona and then moved to Paris. He worked and created in France mainly. He signed his works as Molins or Ballesté and as Bal sometimes. 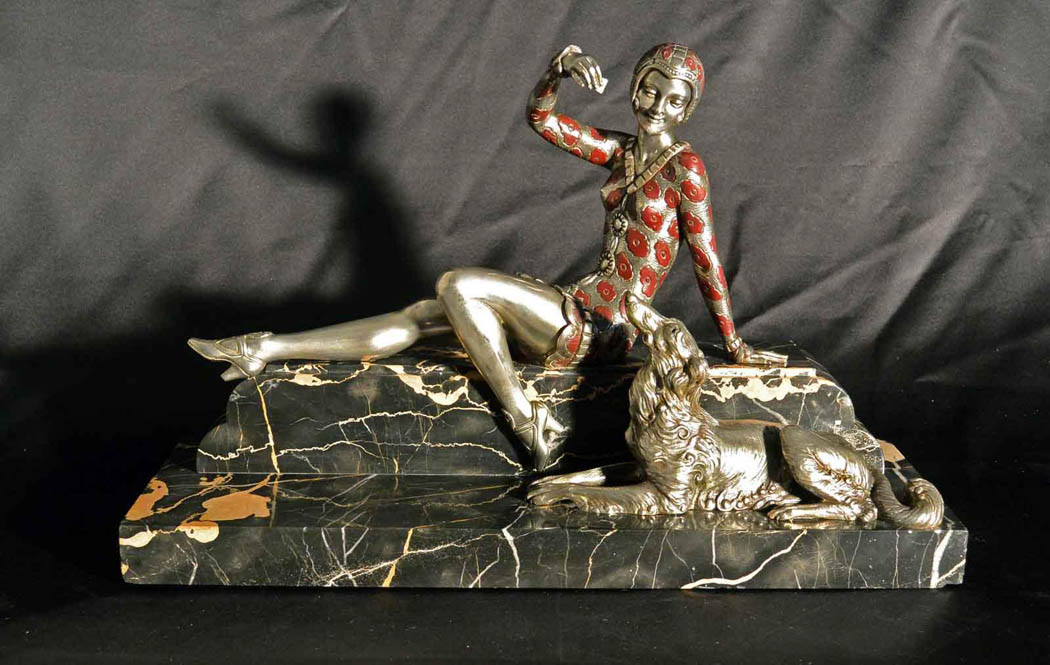 The uniqueness of the works by Enrique Molins-Ballesté is that many sculptures were created using the wood as the main material. 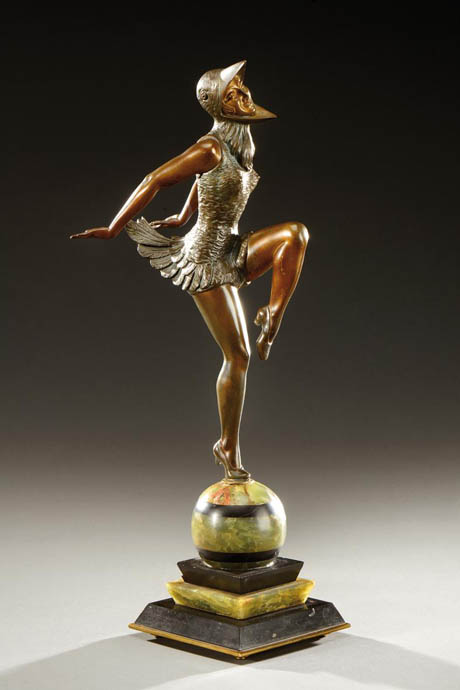 Precious sculptures made by artisans of Lobortas, can be considered as masterpieces of the jeweler's art, which through a combination of all kinds of aesthetic concepts and images, use of the materials and design solutions, which has never been used in small-scale sculpture before, possess great artistic value and remain valid beyond time. The unusual design and unexpected combinations of materials certainly win even the most demanding connoisseur of originality. 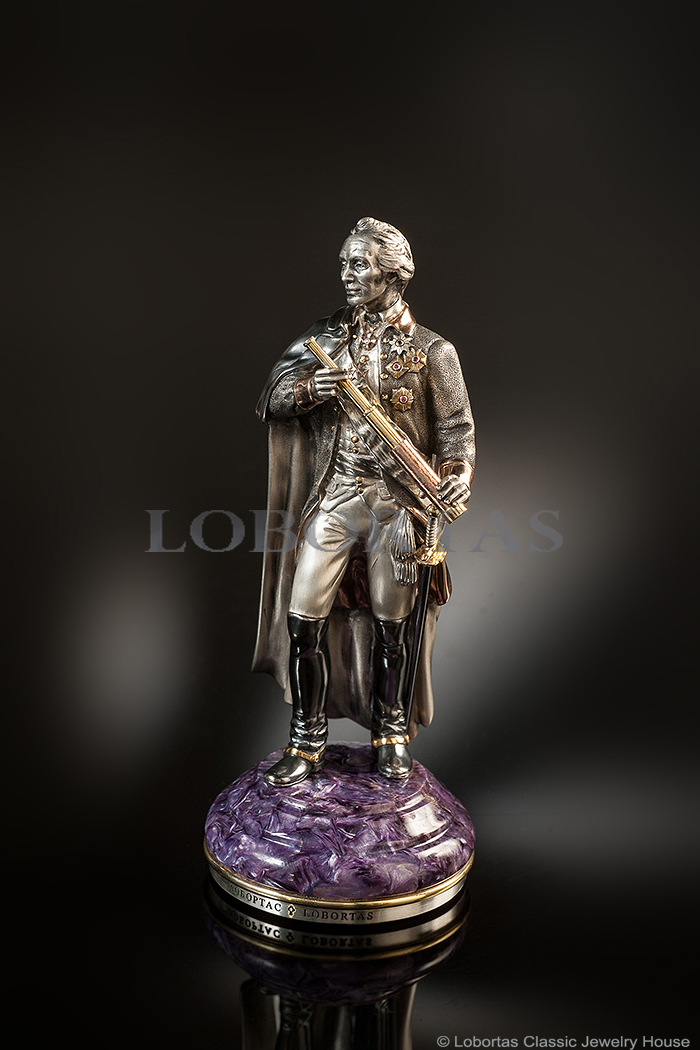 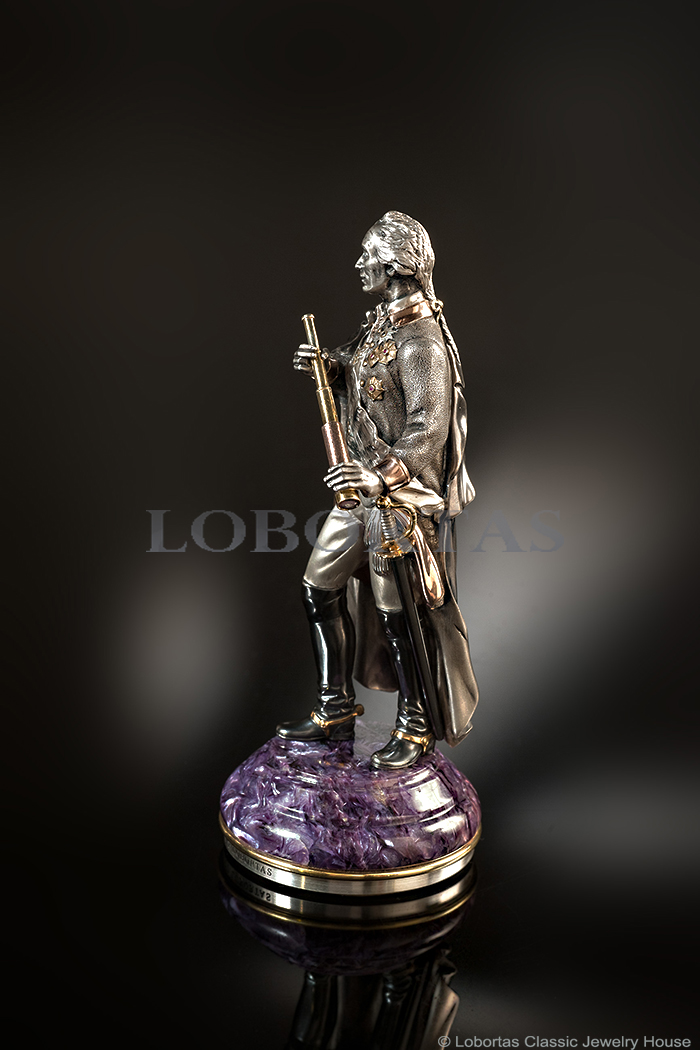