Louis Comfort Tiffany, having become the heir of the “Tiffany & Co.”, continued his father’s work. Louis Comfort got an excellent education, dreamed of being an artist, spent several years in the creative journeys through France, which at that time was a Mecca for a man of art. 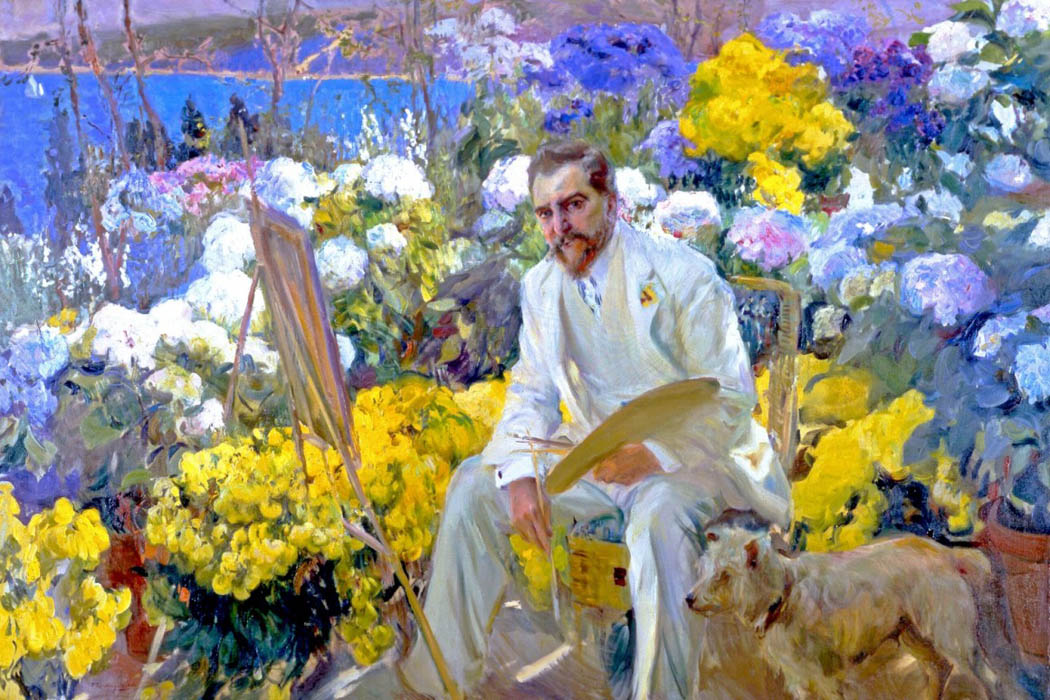 The Portrait of Louis Comfort Tiffany by Jacques Sorolla, 1911.

His status as a leading American designer established back in 1882, the year when the President Chester A. Arthur invited him to work on the project to decorate the White House. Louis Tiffany became the first Art Director of Tiffany & Co. after the death of his father, he also opened “Tiffany Artistic Jewelry”, a new subdivision in the company dealing with developments in the field of jewelry design. 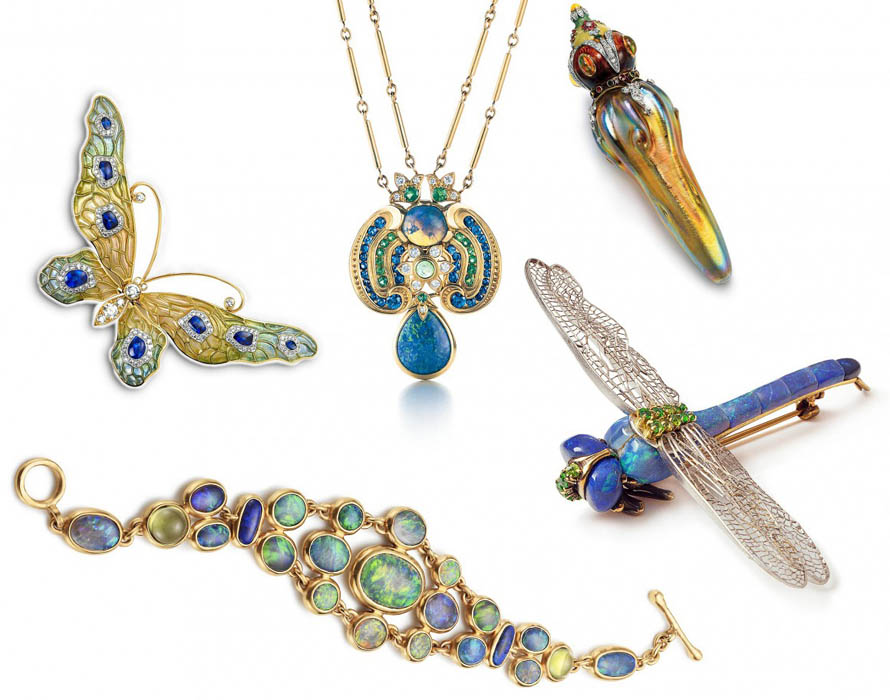 “With glass, gemstones and enamel as his primary tools,
Louis Comfort Tiffany celebrated nature and the art of exotic cultures. Tiffany & Co.

In 1904, in one of the Tiffany workshops, young Franklin Roosevelt ordered a classic engagement ring by Tiffany already. 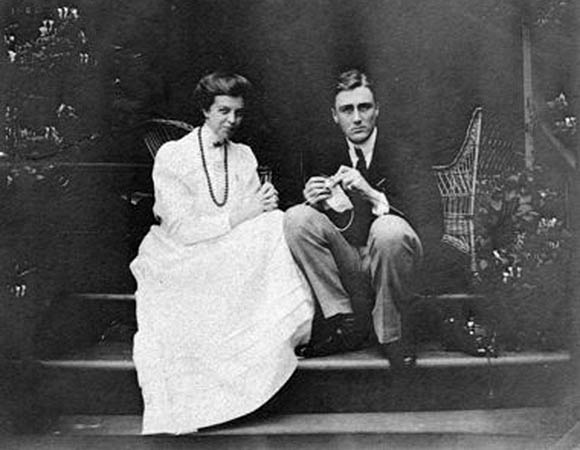 The jewelry by Louis Tiffany in the art nouveau style was presented in St. Louis at Louisiana Purchase Exposition and brought regular prize awards to “Tiffany & Co.” Julia Munson dealt with jewelry design at that time. No data on her has survived. It is unknown whether she was an artist or the Head of Jewelry Department. 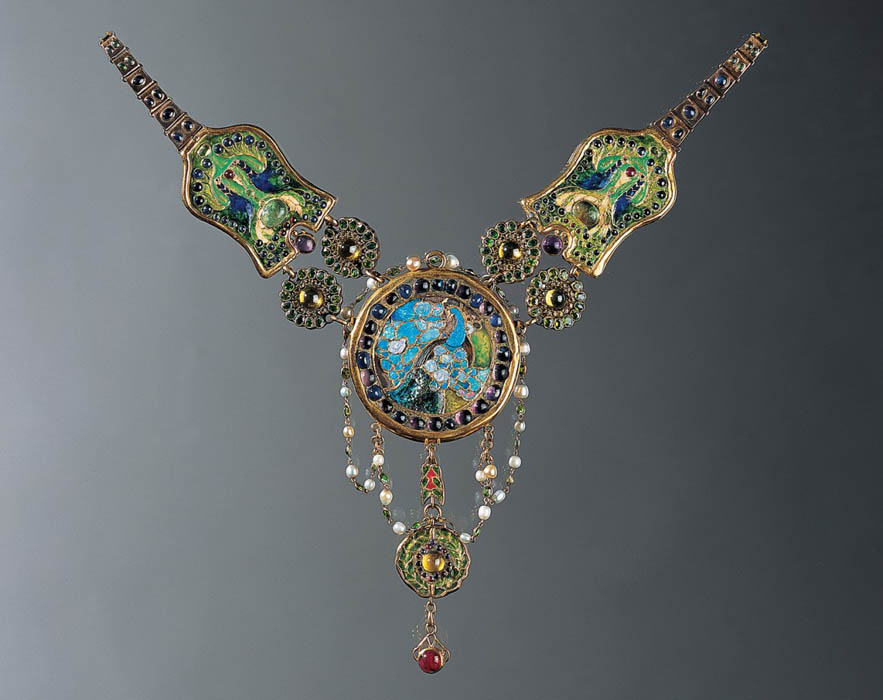 In 1905, the company together with the storeroom moved to a new building at the 37th Street in New York. It was built in style of Venetian Palazzo by “McKim, Mead & White”, the largest architectural firm of that time. 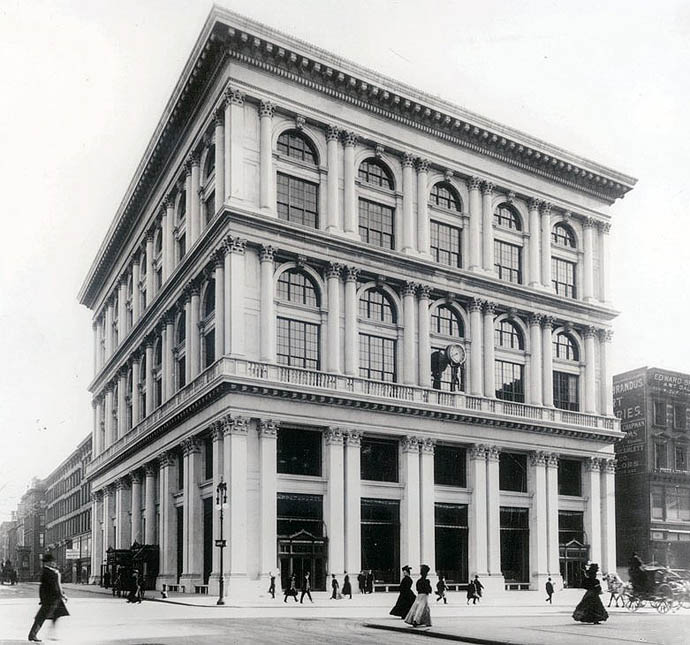 Louis Comfort Tiffany headed father’s company not for long time, chose a career of artist, and passed the right to take decisions fateful for Tiffany & Co. to John Moore, grandson of famous silversmith, who supplied silver to «Tiffany, Young & Ellis». In 1907, John Moore became the President of Tiffany & Co. With the assistance of George Frederick Kunz, Chief Mineralogist of Tiffany & Co., the company management was seeking the United States to take a common metric system for weighing gemstones (carat) that was officially adopted around the world. The name of Tiffany was inscribed in the book of the jewelry art history once again.

In 1919, artisans of Tiffany & Co. perfectly worked on the design of honorary medal of the United States Navy, better known as the “Tiffany Cross”. The medal was awarded for heroism shown in peacetime. 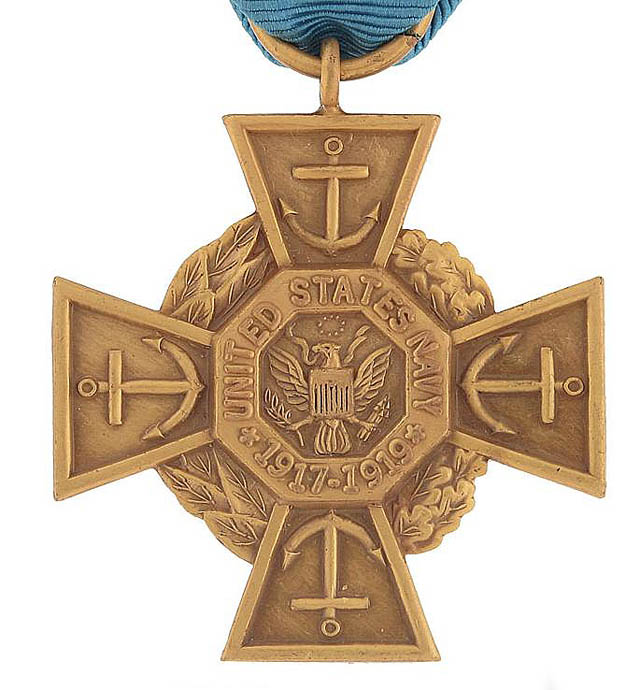 In 1926, standard defined by Tiffany & Co. for the purity of platinum became an official platinum standard of the United States.

The 1929 stock market crash exposed Tiffany & Co. to long heavy period. In 1930, sales fell sharply, and in 1932, the year when the Federal Government introduced an additional 10% excise tax for jewelry, reached a minimum. From 1933 to 1939, permanent layoffs followed, the company annually lost a million dollars of accumulated capital. However, by using its own reserves, the company never ceased to pay dividends, while the value of shares fell from 600$ to five dollars by 1940. They had to close the shop in London and take credit, just to stay in business. Louise Moore, by succeeding her father, became the Chairman of the Board of Tiffany & Co.

In 1940, the headquarters of Tiffany & Co. moved in the sixth and final time in the Southeast corner of Fifth Avenue and 57th Street in new seven-storey building, designed by “Cross & Cross” in the art deco style. It was the first building in New York City with central air conditioning system. 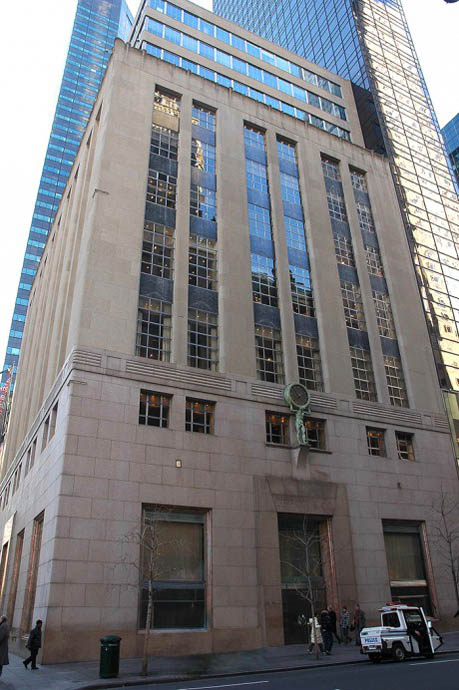 During the World War II, a large part of the workshops worked as military production, making precision parts for anti-aircraft guns and producing aircraft mounting blocks.

In 1949 net profit of the company “Tiffany & Co. was less than fifteen thousand dollars, and in 1952, the year after the closing of the store in Paris was no more than twenty-five. In 1955, sales did not exceed seven million dollars. Shareholders blamed the management for the conservative administration and outdated range of jewelry. Long succession of feuds, repurchase of shares, changes in policy and the management of the company followed then. As a result, a group of investors took control over the Tiffany & Co., control packet of shares and position of Chairman of the Board were acquired by Walter Hoving in 1955.

Having taken the powers of the Chairman of the Board of Directors of the company, Hoving got rid of all articles not relevant to his artistic views. He held the largest sales in the history of the Tiffany & Co., and invited an experienced stylist Van Day Truex, former President of the New York Parsons School of Design, to the position of Design Director and gave him broad powers for the execution of the main task: top quality with best artistic decoration of products and stores. From that year, the company began cooperating with Gene Moore, a window dresser. For 29 years, he developed about 5000 window installations for the Tiffany & Co. Many of them were a special kind of contemporary art. 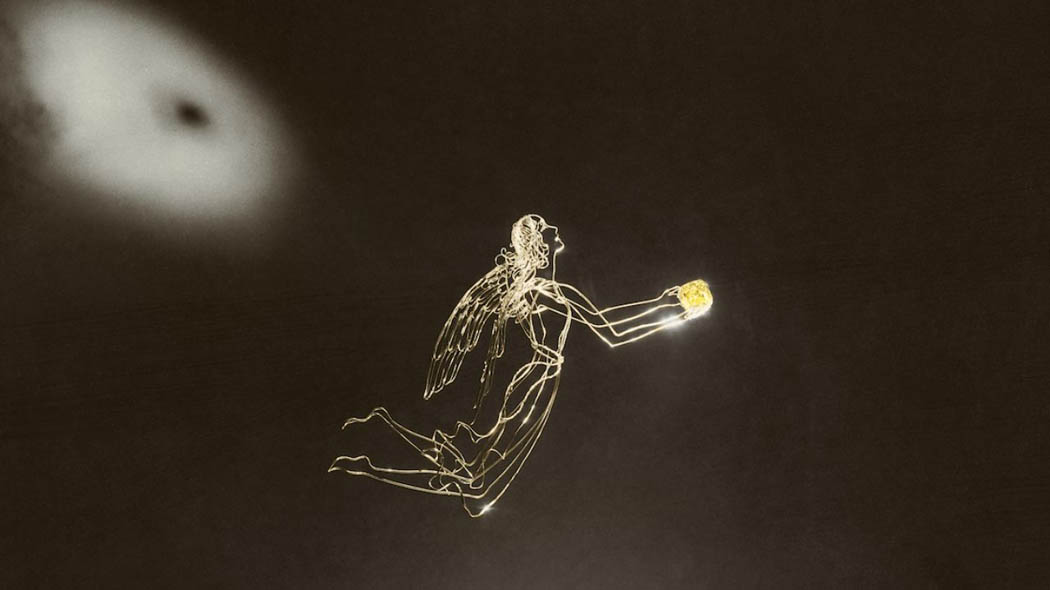 In 1955, in the window of the Tiffany store on Fifth Avenue, the 82-carat yellow Tiffany Diamond
was shown for the first and only time. • Design by Gene Moore.

In 1956, Truex invited Jean-Michel Schlumberger, talented French designer, who settled in the United States after the war. His jewelry inspired by natural motifs, immediately won the hearts of connoisseurs, including movie stars, and the representatives of Royal dynasties and marked the beginning of a new aesthetic heyday of Tiffany & Co. 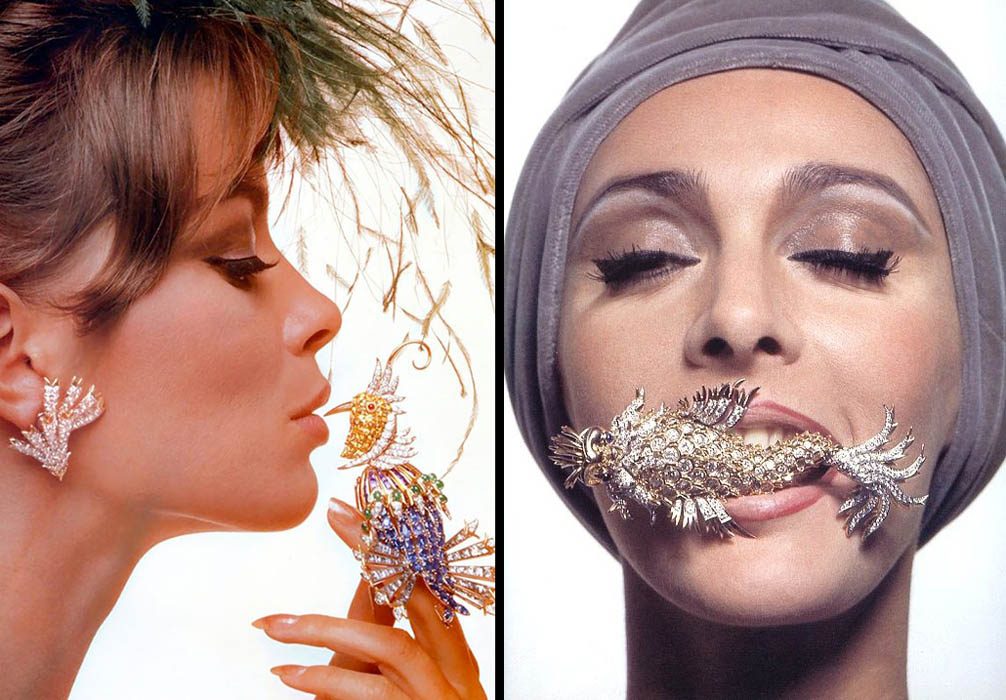 In 1958, Breakfast at Tiffany’s, the short story by Truman Capote was published. In addition, in 1961, film company Paramount started shooting the film starring Audrey Hepburn, based on that work. Audrey’s Heroine, Holly Golightly, was a fan of the philosophy and style of Tiffany & Co.

In 1962, one of the jewelry masterpieces by Jean-Michel Schlumberger, two Ruby strawberries with diamond petioles, was a Christmas gift to Jacqueline Kennedy from the spouse. 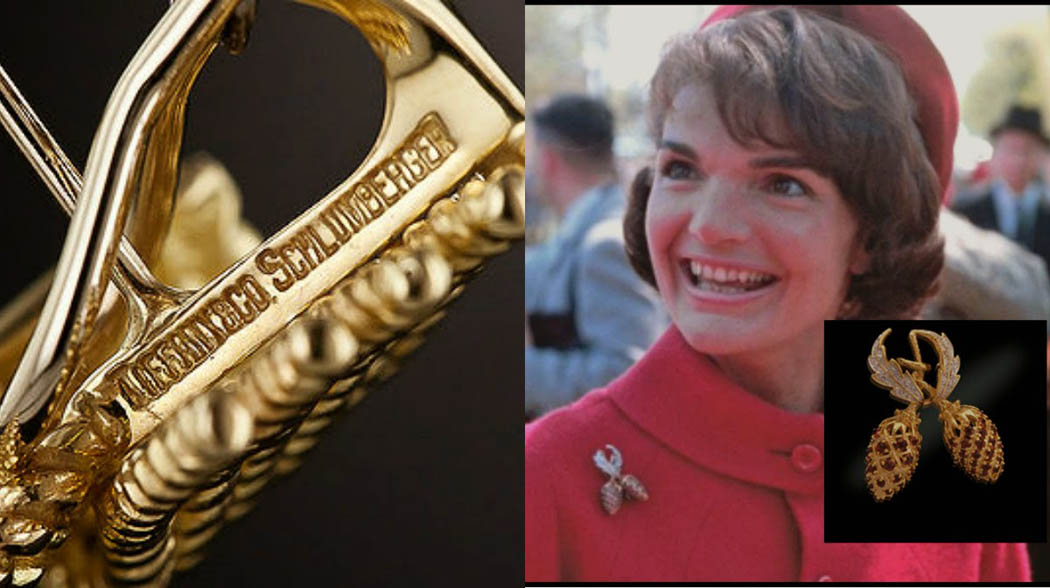 Works by artisans of the Lobortas House are eternity of beauty. Unusual, original and exclusive solutions to the mighty of this world.