The story of Chaumet, the vintage Parisian jewelry House, started at the end of the 18th century. Formation of the Chaumet’s traditions began from the moment, when the young Marie-Etienne Nitot arrived to be an apprentice of the famous master Auber, the court jeweler of King Louis XVI and Queen Marie-Antoinette. Marie-Etienne Nitot opened his first store in 1780. 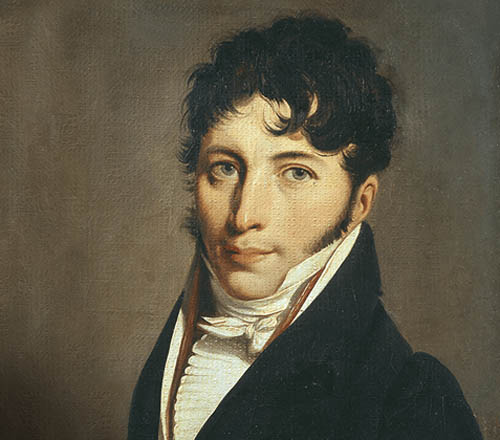 The story of Chaumet, the vintage Parisian jewelry House, started at the end of the 18th century. Formation of the Chaumet’s traditions began from the moment, when the young Marie-Etienne Nitot arrived to be an apprentice of the famous master Auber, the court jeweler of King Louis XVI and Queen Marie-Antoinette. Marie-Etienne Nitot opened his first store in 1780.

He quickly gained popularity among the Parisian aristocracy, by creating pieces of jewelry that were elegant and impressive at the same time. Nevertheless, the real fame came to Marie-Etienne in the first years of the 19th century, after his meeting with Napoleon Bonaparte, the First Consul of France.

Marie-Etienne Nitot offers Napoleon to use gems as a political tool, a kind of symbol of power and influence. That idea was to Napoleon’s taste: jewels are an eternal symbol of power. It is possible that this story is just one of the legends, but the fact that in the beginning of the 19th century Nitot became a personal jeweler of Napoleon, is historical. To Bonaparte’s order, Nitot made the rapier of the First Consul and decorated it with the Regent diamond, one of the history’s most famous stones, which belonged to the French kings at one time. 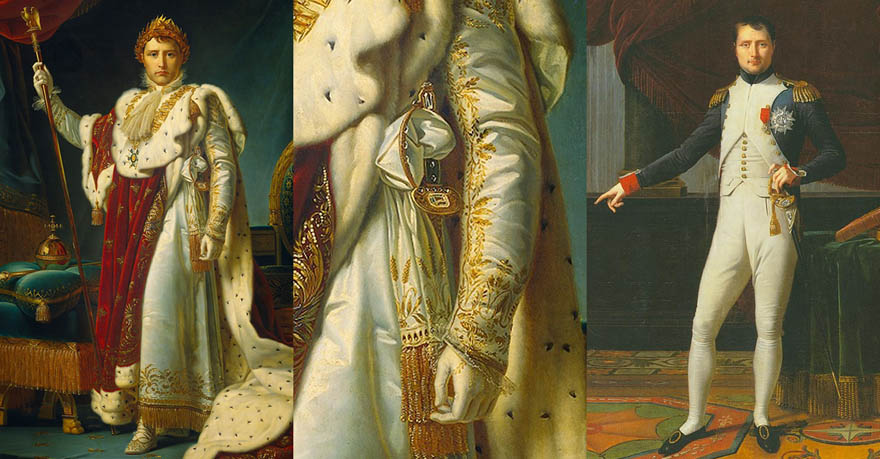 Napoleon Bonaparte First Consul with the rapier decorated with the Regent diamond.

In 1804, having become an emperor, Napoleon Bonaparte decided to return France to its former fame as the center of luxury and latest fashion, what had been considered before the French Revolution. Bonaparte shared tastes of Roman emperors; catchy jewelry was designed to emphasize power and wealth. Marie-Etienne filled numerous orders from Bonaparte: an imperial sword, the coronation regalia, the imperial crown, cameos and intaglio (loved by Napoleon very much) and luxurious, exquisite masterpieces of jewelry for his wife Josephine. 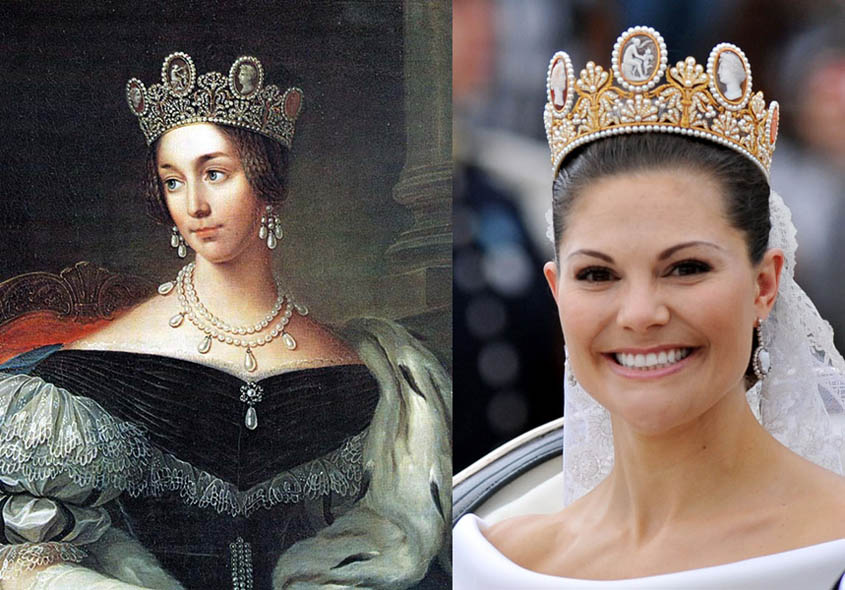 The tiara, made by Marie-Etienne for the coronation of Josephine, was represented by a styled laurel wreath. 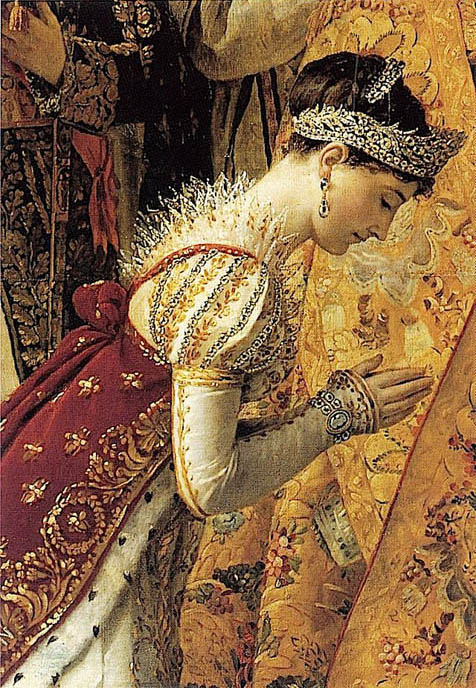 Fragment of the painting “The Coronation of Napoleon”.
Jacques-Louis David. The Louvre.

Bonaparte went into raptures because of the products’ beauty, and generously rewarded Marie-Etienne Nitot for his talent by making him the court jeweler. Nitot received universal acclaim and became one of the most famous European jewelers. His son Francois-Regnault Nitot did what he could to help to manufacture the masterpieces of jewelry.

Creations of the Nitot father and son can be seen in paintings by Jacques-Louis David, Antoine Gros, Robert Lefèvre and other French artists, who painted portraits and genre scenes involving the Napoleon’s entourage.

In 1809, Marie-Etienne Nitot passed away at the age of 59. Francois-Regnault inherited the trade and he made not less wonderful jewelry than his father did, but only until 1815. Alas, the Empire turned to be far less durable than the masterpieces of jewelry that brought fame to it. With the sunset of the Napoleon’s era, the best times for the family of Nitot remained in the past and Francois-Regnault sold the company.

The first wristwatch Chaumet. A pair of wristwatches belonging to Princess Augusta of Bavaria, daughter-in-law of the Empress Josephine. Gold, emeralds, pearls, about the year 1811. Private collection.

The company passed from hand to hand of various dynasties of goldsmiths, absorbing new trends and improving the design of the jewelry masterpieces. In 1848, Chaumet opened office in London. The combination of artisanship and French sophistication in products conquered the hearts of the London aristocracy in the blink of an eye. The heart of Queen Victoria failed to resist as well. 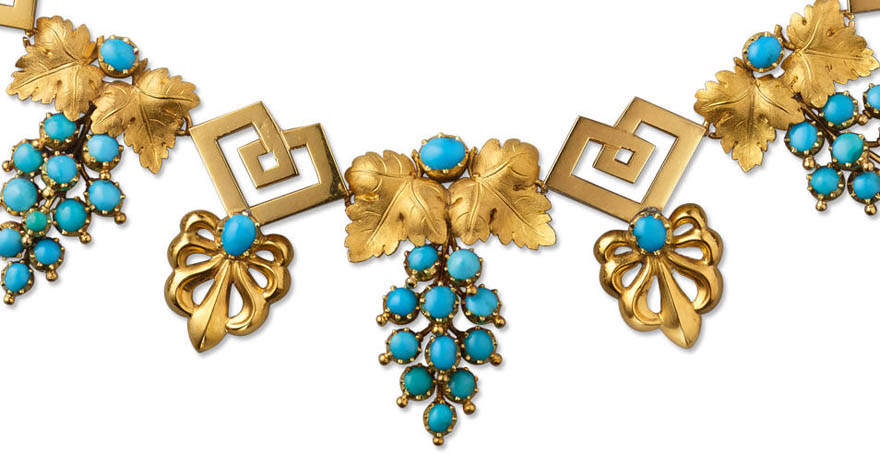 The title of the most lavish and vibrant capital of the world gradually returned to Paris and just in that period, in 1885, the company became headed by Joseph Chaumet, and in 1889 he gave his family name to it. 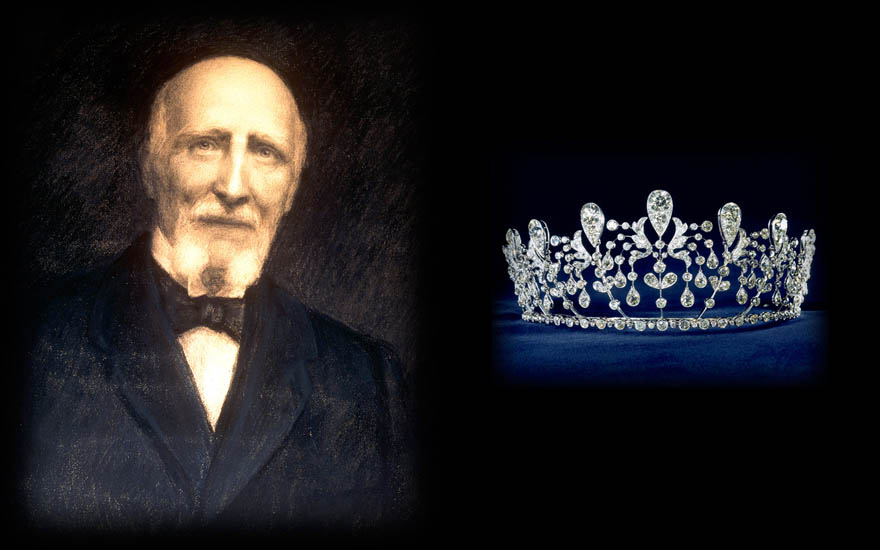 Chaumet, like his predecessors, was a great master of jewelry. Joseph personally participated in the designing of new collections, original interpretation of Art Nouveau and the elegant luxury of his creations drew new fans from the world of fame and big money. A new era had come; American millionaires and their wives appeared in the customer lists of the House of Chaumet.

In 1907, Joseph Chaumet brought the head office to one of the most prestigious locations, Place Vendôme in Paris, at house number 12. 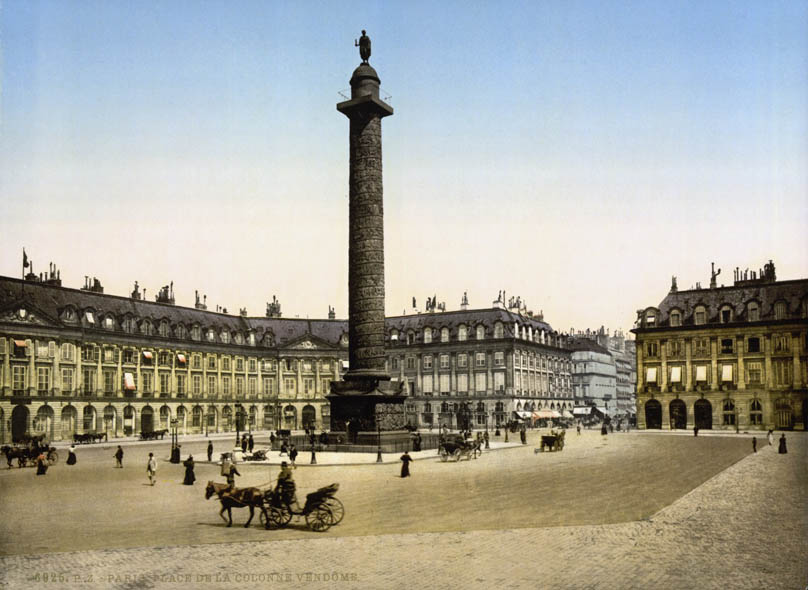 Place Vendôme in Paris of the beginning of 20th century.

For the period of the Belle Époque, the Chaumet brand gained popularity in the Russian Empire. Branded jewelry stores smoothly started to operate in St. Petersburg, Moscow, Kiev. 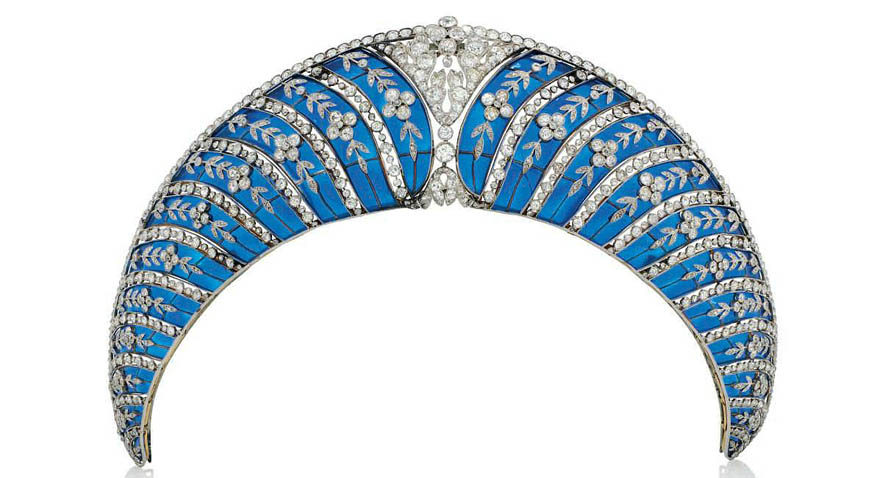 The Chaumet Jewelry House participated in the exhibition of 1902 in Saint Petersburg. Taste and sense of beauty of Joseph Chaumet was trusted by members of the imperial family, aristocrats, bankers Ephrussi and Gunzburg. In those years, the House of Chaumet created stunning tiaras, necklaces and belts with platinum finish for Grand Duchess Maria Pavlovna, wife of Grand Duke Vladimir Alexandrovich. 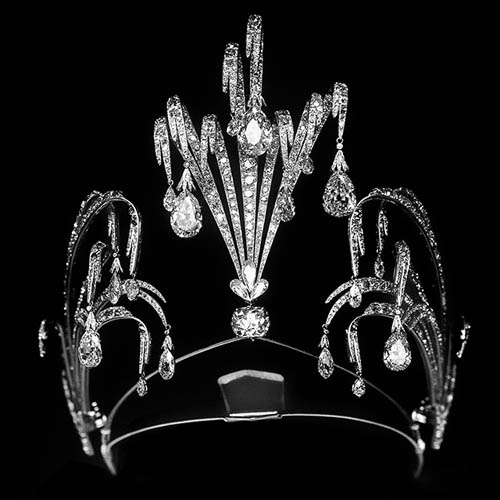 Tiara “Waterfall” was made by request of Prince Romanov, and was intended for his wife, Maria Feodorovna on the occasion of their silver wedding anniversary. Joseph Chaumet, 1899.

Among all the magnificence of the jewelry produced to orders from Russia, the most significant was the jewelry, made in 1914 on the wedding of Prince Felix Yusupov with Princess Irina Romanova.

Jewelry, made on the occasion of the wedding of Prince Felix Yusupov with Princess Irina Romanova. Irina Aleksandrovna Romanova, Princess of the Imperial blood, in the marriage Princess Yusupova, Countess Sumarokova-Holstein.

“Indian” period in the history of the Jewelry House lasted until 1930. Regularly cruising ships engaged the rich people from the East to Europe. Indian Maharajas were especially addicted to European luxury. In 1911, two luxurious pear-shaped diamonds were purchased by Chaumet specially for the Indian Maharaja of Indore. 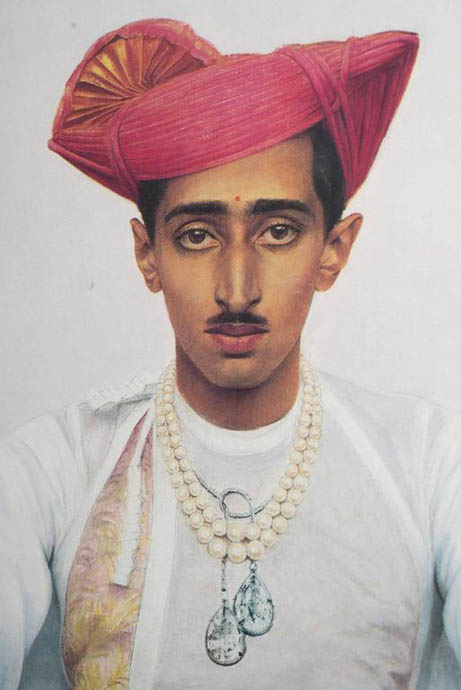 Fragment of a portrait of the Maharaja of Indore in the Chaumet necklace
out of two pear-shaped diamonds (46.95 and 46.70 carats),
which are called “Indore Pears”. Bernard Boutet de Monvel. 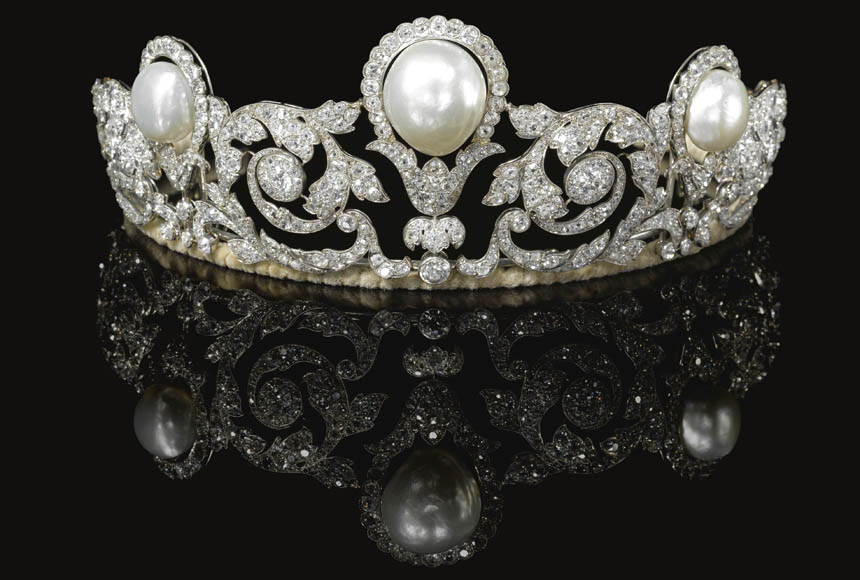 After the death of Joseph Chaumet in 1928, the company becomes Marcel Chaumet’s. Under his leadership, the style of the House of Chaumet steadily moved into the art deco: jewelry of that time was characterized by simplicity, elegance, rigorous geometrical forms, full of bright and contrasting colors, also during that period they started to use semi-precious stones in the manufacture of jewelry. 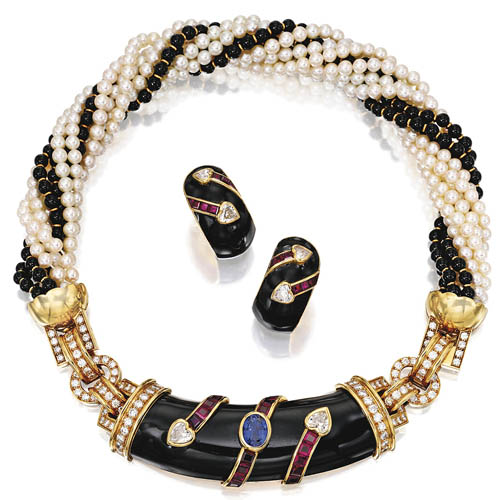 The mid-twentieth century came with the motto “from tradition to modernity” for the Chaumet Jewelry House. The Chaumet jewelry was deservedly popular among the rich and famous representatives of modernity. 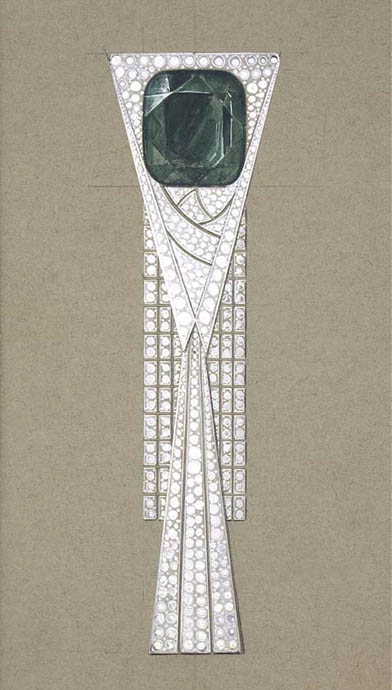 The 1970s were held with the motto “Art style” in Chaumet. In that period, great designers of jewelry of the twentieth century, Beatrice de Plinval and Pierre Sterlé, worked in Chaumet. Trying to smooth over the contradictions between a lush “royal” styled jewelry and much more prosaic daily routine, designers of Chaumet offered a new concept — golden jewelry with bronze and mother-of-pearl. 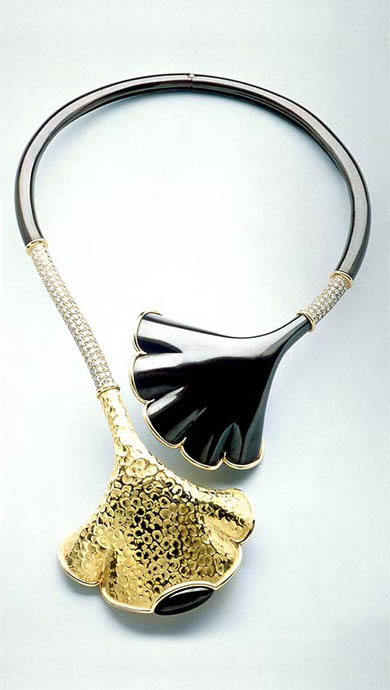 The jewelry by Chaumet conquered the cinema. In the picture “Belle de Jour” and in the picture with a talking, truly jewelry name “Place Vendôme”, Catherine Deneuve shone wearing the Chaumet jewels. 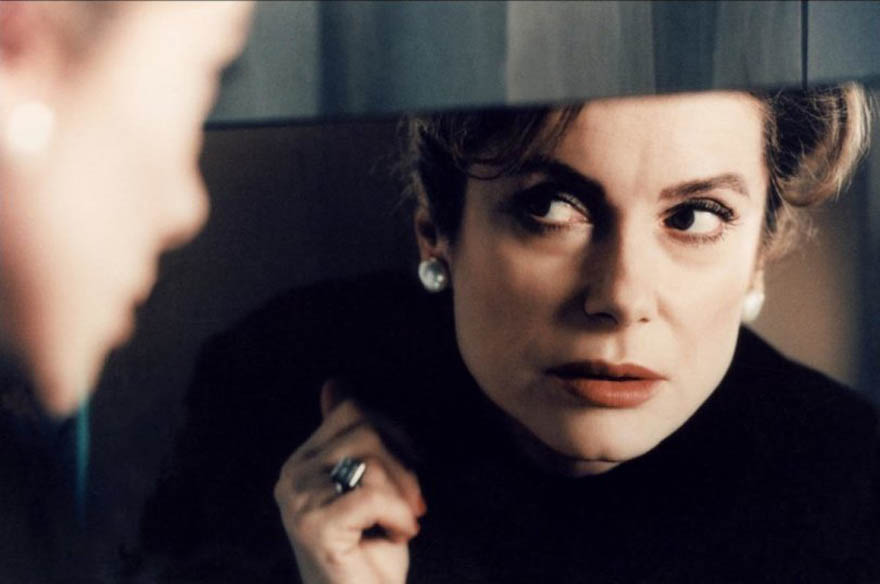 Catherine Deneuve wearing the Chaumet jewels. A frame from the film “Place Vendôme”, 1998.

Ornella Mutti, Carla Bruni and Sophie Marceau became the lovers of the Chaumet. Marceau has been the face of Chaumet to this day. 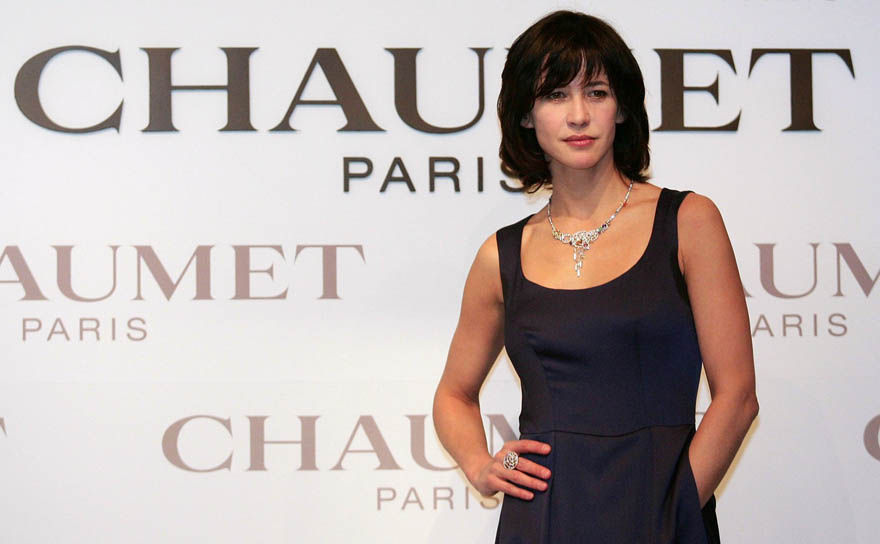 In 1987, the company ruled by the Chaumet brothers at that time, went bankrupt. The company was bought by Investcorp, the investment bank of Bahrain, and in 1999, Chaumet passed into the hands of LVMH, a major French transnational company, specializing in luxury goods.

Members of the royal families remained loyal to the unique design of original and unusual jewelry by Chaumet, which is considered the symbol of refined luxury and good taste. Possessing them is considered a sign of belonging to the higher society. 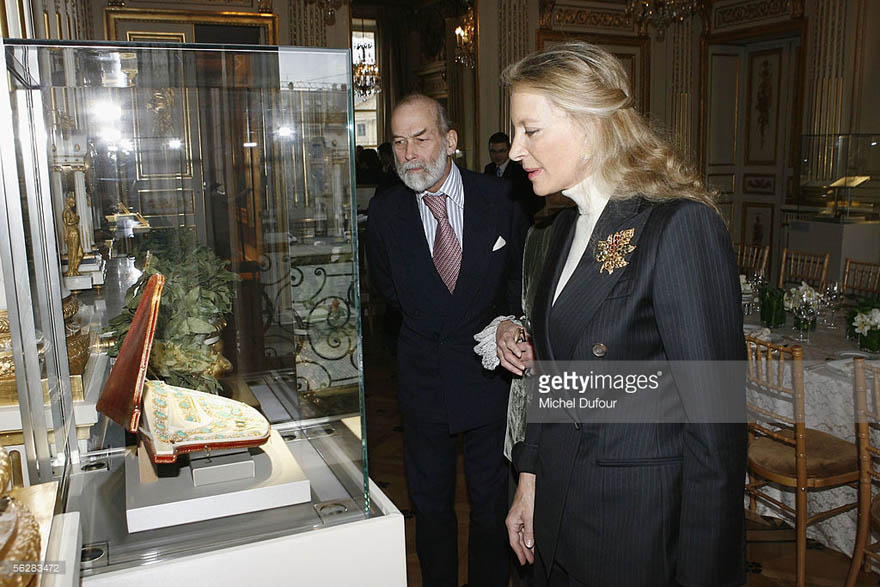 Prince Michael of Kent and his wife. Chaumet, Place Vendôme.

The works by artisans of Lobortas are intended for people with impeccable taste with their own ideas of style and elegance not imposed on them by someone. Cufflinks made by artisans of the Lobortas House became the perfect complement to the image of a successful, self-sufficient man who got used to invoke sympathy and has a way with people. 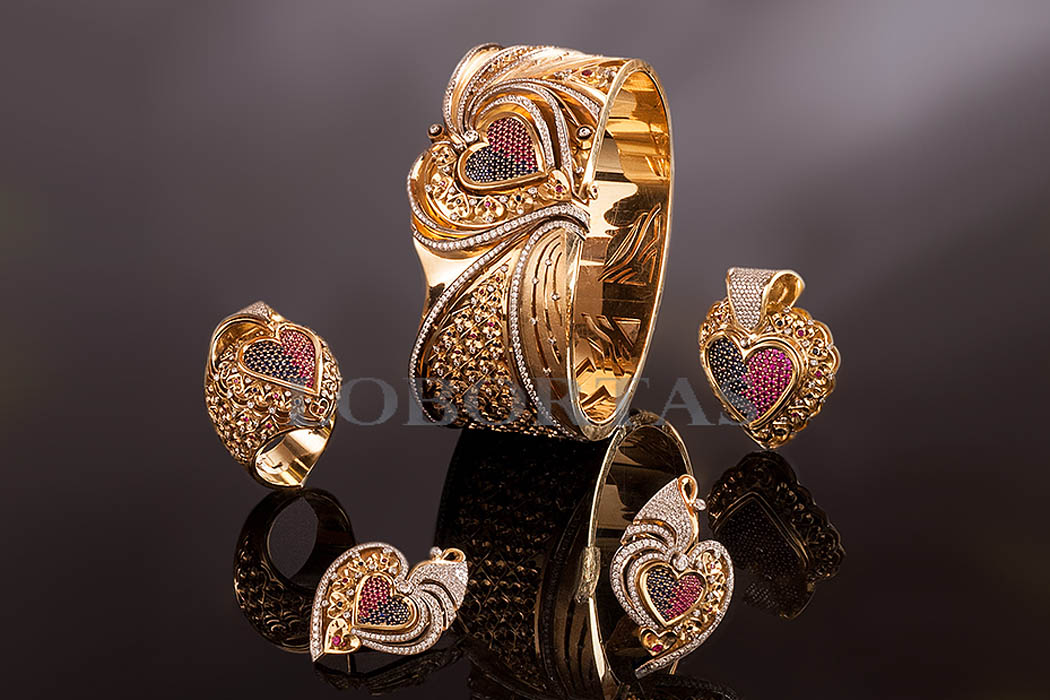 Unique jewels by the House of Lobortas will be a great addition to the image of a successful, self-sufficient person, who are used to arousing sympathy and have a perfect taste, having his/her own idea of style and elegance, not imposed on him/her.