Harry Winston – The King of Diamonds

“The King of Diamonds”. Harry Winston earned this title in his lifetime owing to his passion for the most beautiful stone, to which he devoted his entire life. Harry Winston – a legendary man, who rarely appeared in public, virtually no interviews, no contacts with the press – outstanding jeweler, who was famous for his passion to big diamonds and who created one of the largest jewelry brands – “Harry Winston” 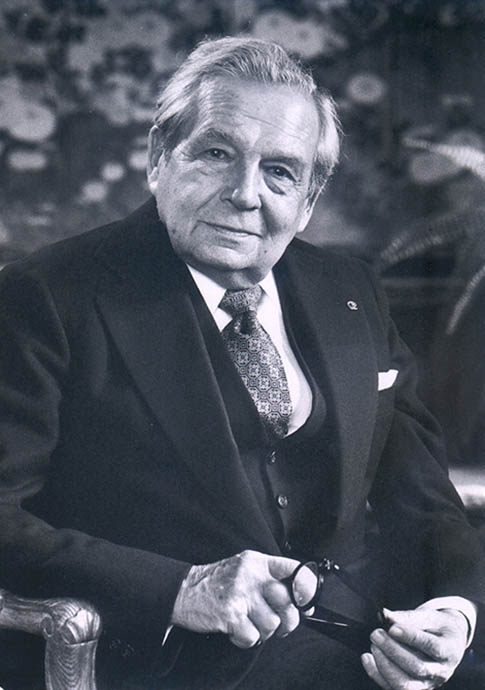 In 1890, Harry’s father Jacob Winston, an immigrant from Ukraine, opened, modest jewelry shop in New York at the Manhattan in which junior Winston acquired his extraordinary love to jewelry items and precious stones. From childhood, helping his father to handle and sell precious stones, young Harry Winston knew how to distinguish the true precious stone from the counterfeit one even in the window of the shop. By his thirty Harry Winston became universally recognized connoisseur of precious stones – the reputation, to which a lot of people tended almost for the entire life.

Harry Winston’s business acumen was developing in parallel with the love for diamonds. Harry was not just an excellent goldsmith, but also a sales genius. They said that he could sell snow at high price in winter. In the 1920s Harry opens the firm “The Premier Diamond Company” and starts to buy antique precious stones, cut them in a new fashioned way and resell. The artisan makes his jewelry manually, carefully selecting the best diamonds. Precious stones, that were in his hands, got their second lifetimes, being fastened in modern way and acquiring a new, unique style. The jeweler treated with particular pleasure to each product. A stone was the main thing for him, and the setting was to highlight its natural beauty, but not to overload with its massiveness and fancifulness. Therefore in each item by “Harry Winston” an elegant and small setting was used. That was a hallmark of Harry Winston.

Gradually the search for a truly worthy jewelry collections and their subsequent transformation in a contemporary style was a favorite trade for him. His first major purchase Harry made in 1925: he bought a collection of necklaces, brooches and rings of Rebecca Darlington Stoddard for a million dollars, and later a collection of Arabella Huntington for 2 million dollars. In 1930, Winston received a national glory of 39-carat diamond, the largest one ever sold at the American auctions. In 1932, he opens his second company “Harry Winston” at the 5th Avenue in Rockefeller Center. 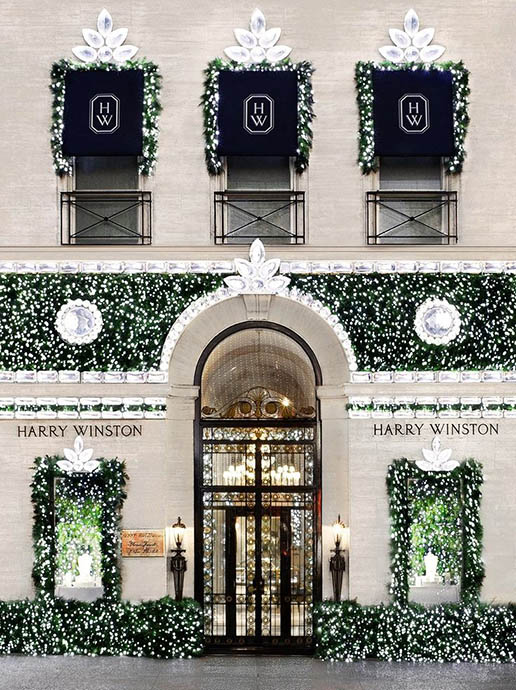 “Harry Winston” at the 5th Avenue during the Christmas holidays.

Passion for diamonds lead him to the biggest, the most famous ones. A record number of the most major rough and cut diamonds ever belonged to the collectors, royal families and even states are connected with the name of Harry Winston. 726-carat Jonker rough diamond, valued at 700 thousand dollars, was Harry’s firstborn. Lazare Kaplan, the jeweler from New York, took care of processing the Jonker diamond. Video Player

After its sawing and cutting, Jonker was reborn in twelve gleaming cut diamonds and became the first great rough diamond divided into several parts in the New, but not in the Old World. 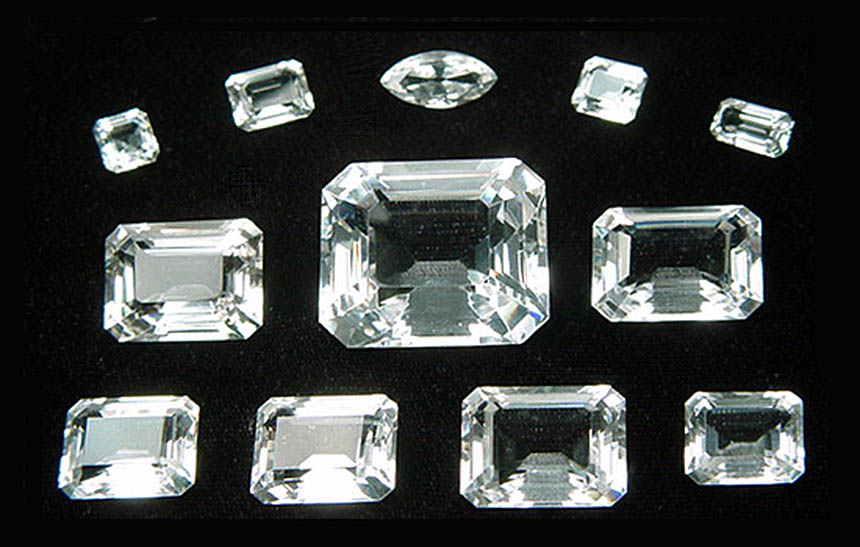 “Jonker” diamond after sawing and cutting

As to Winston, he sold all of the dozen for 12 million, having confirmed his reputation of a “King of Diamonds” and the brilliant businessperson. Harry Winston becomes the first jeweler of the New World, who conquered Europe with flawless diamonds and the filigree technique of jewelry execution. During following years the Harry Winston company acquired and cut a lot of rough stones, including 70-carat green diamond “Lal Oyla Diamond”, 204-carat rough diamond “Star of Independence”, future 240.80-carat “Taylor-Burton” stone, 601-carat rough diamond “Lesotho I Brown”, 726.6-carat “President Vargas”, 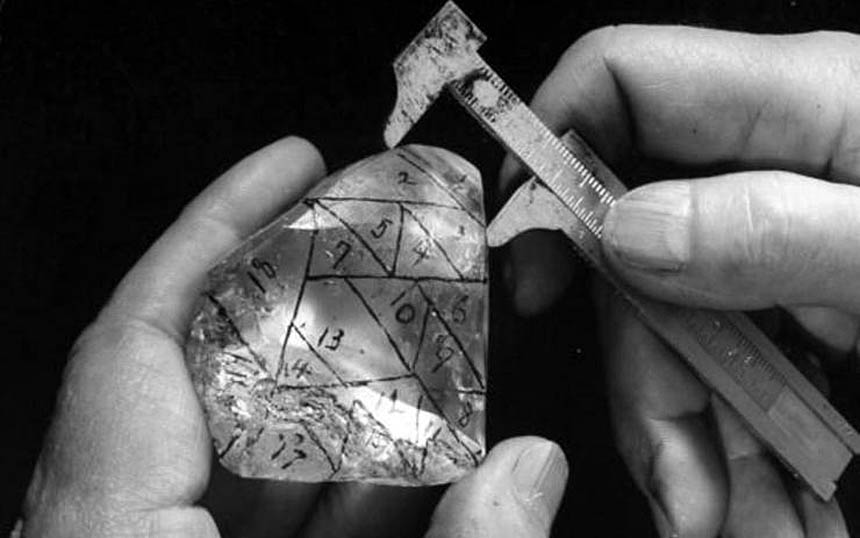 The biggest one of the 17 Star of Sierra Leone parts, with weight of 143 carats, had a small inclusion in one spot, and despite all the protests of the experts, Harry Winston decided to saw it apart as well. The diamond was divided into the six pear-shaped and marquise stones, five of which with 21-carat weight did not have the slightest flaw. The total value of the diamonds, has proved to be significantly above and the world was ecstatic with an acumen of the fortunate businessman. Harry bought not only rough diamonds, but also already cut stones. Hope Diamond, Portuguese, Winston Legacy and others astonish with their splendour as well. 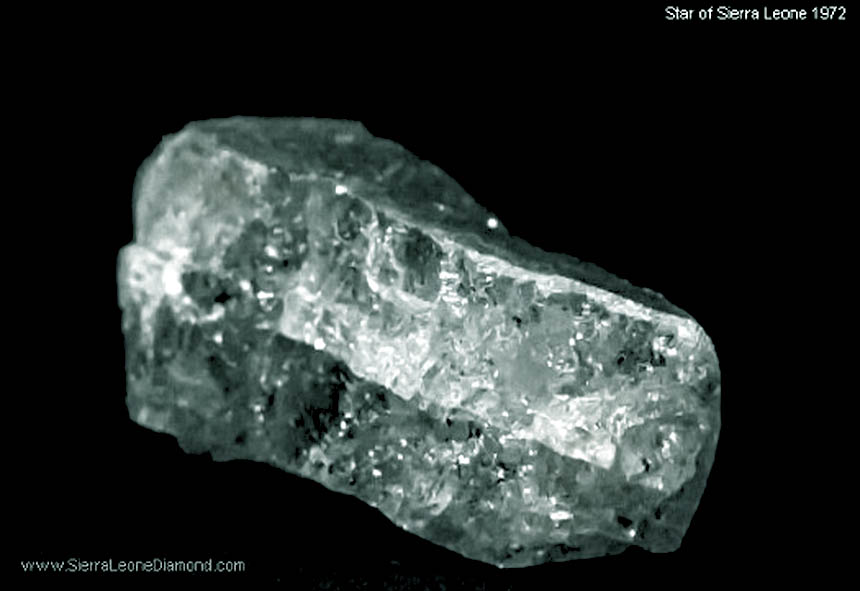 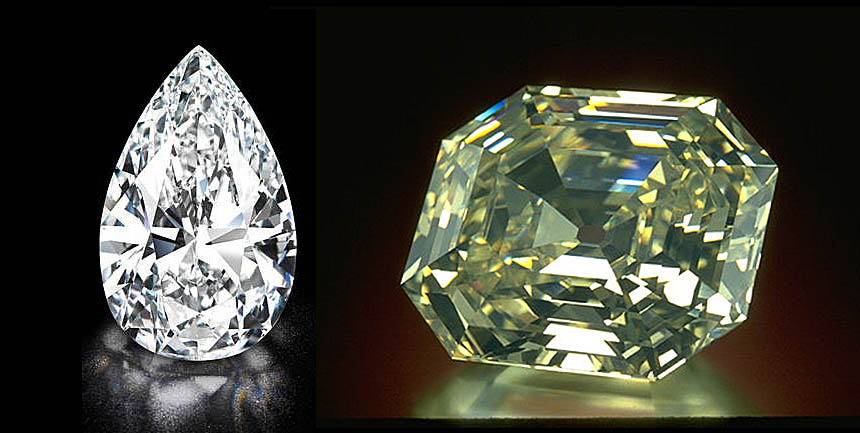 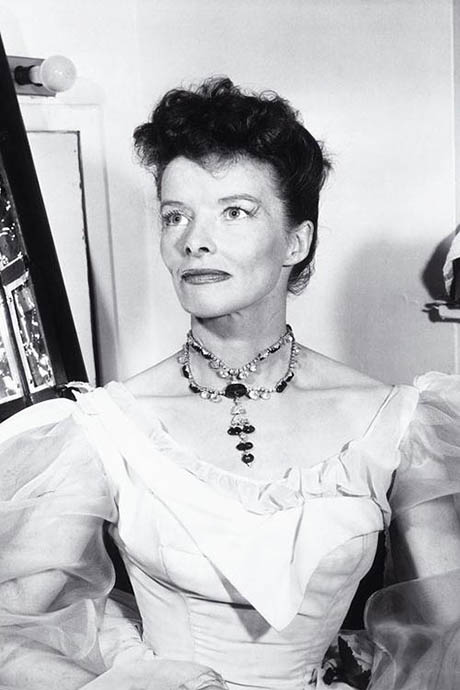 Since 1947, successful actors and Hollywood stars, the members of the royal families and the representatives of the higher society have started buying the items by the Jewelry House “Harry Winston” symbolizing the stability and luxury. 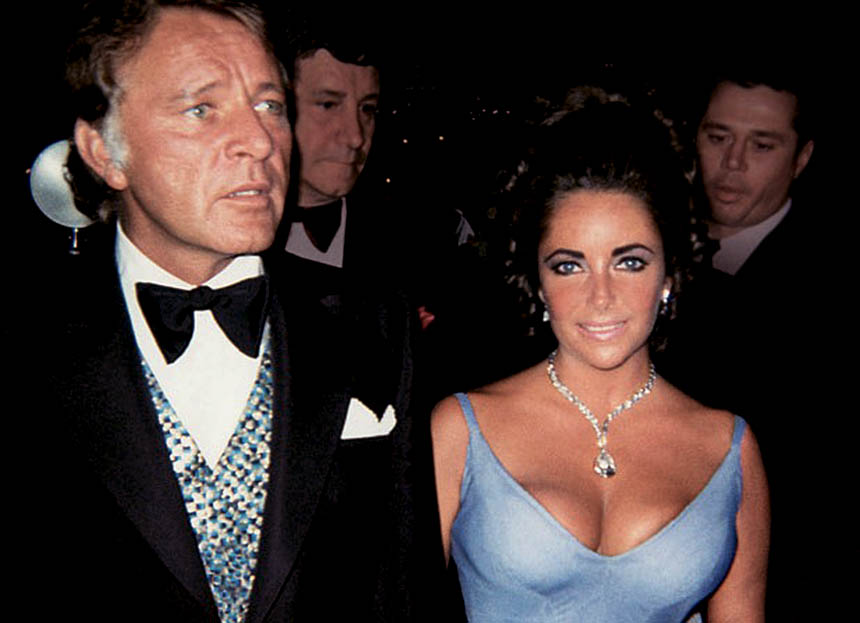 Richard Burton and Elizabeth Taylor and the Taylor-Burton diamond

Harry was loved and venerated, his precious stones are considered the most qualified on all five continents. In the famous song “Diamonds Are a Girl’s Best Friend” Marilyn Monroe asks Harry Winston tell her everything about the diamonds: “Talk to me, Harry Winston, tell me all about it”, although the other names significant in the jewelry world, Tiffany and Cartier, are mentioned as well. Harry Winston becomes the history’s first jeweler pictured on the postage stamp. A small African Republic has permanently saved the image of the American jeweller in a series of postage stamps. 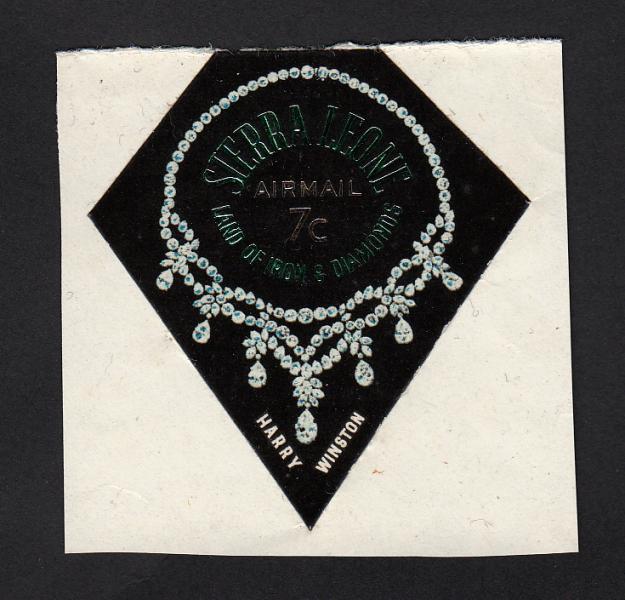 The postage stamp of Sierra Leone, 1965.

Harry Winston passed away in his extreme old age, in 1978, when he was eighty-two, having built up a collection of sixty unique diamonds, equal to virtually no one throughout the world. Now his son Ronald Winston continues the trade of famous jeweller. 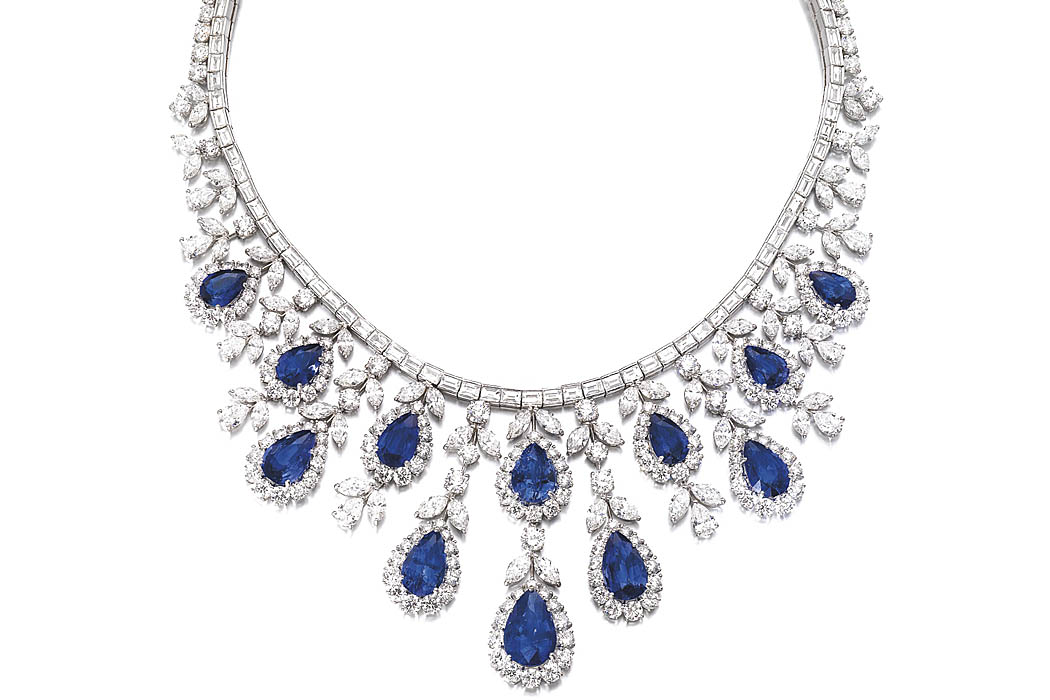 The contribution of Harry Winston in jewelry is enormous. He developed new types of diamond cutting, applied the new methods to create unusual settings. The idea of multilevel stone deployment and making of raised pieces belongs to him. He invented a technique of stone mounting with the deployment of stones in the platinum almost imperceptible “cells”, as “Harry Winston” jewelry is characterized by the demonstration of precious stones in all their glory. The same thing fully applies to the cufflinks of the “Harry Winston” brand. 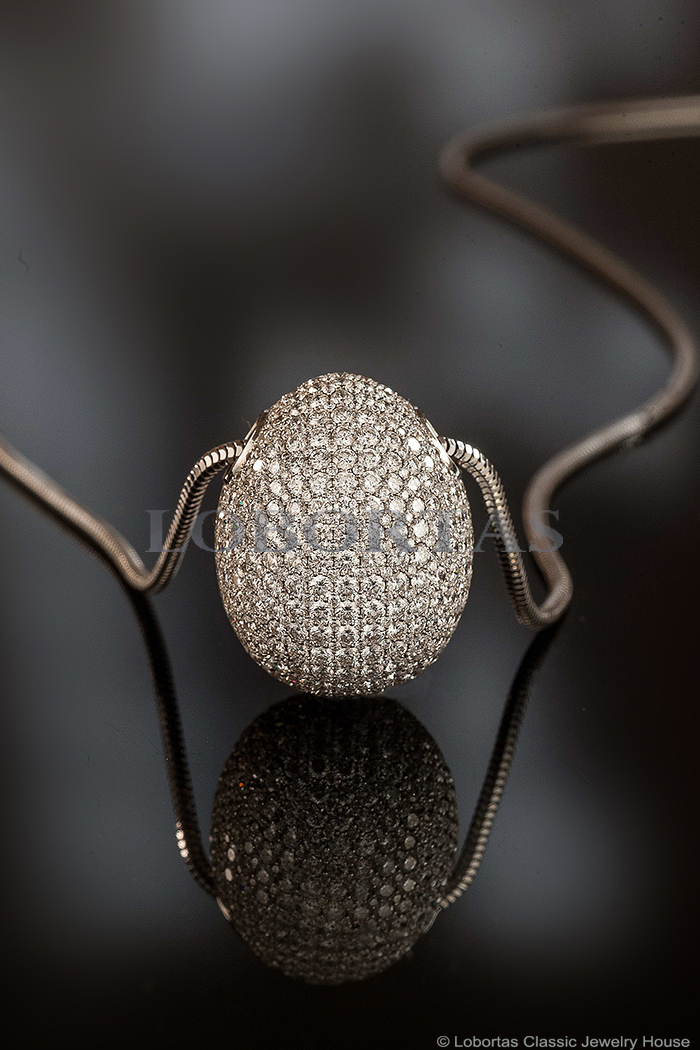