You can hardly find a person, who has never heard the name of Cartier. The history of one of the best jewelry houses began with a small private workshop in Paris, when Louis-Francois Cartier, the future jeweler of royal heads, became an apprentice of Adolf Piccard, a jeweler from Paris. Then he did not even imagine that he would supply the kings and court nobility with luxurious jewelry 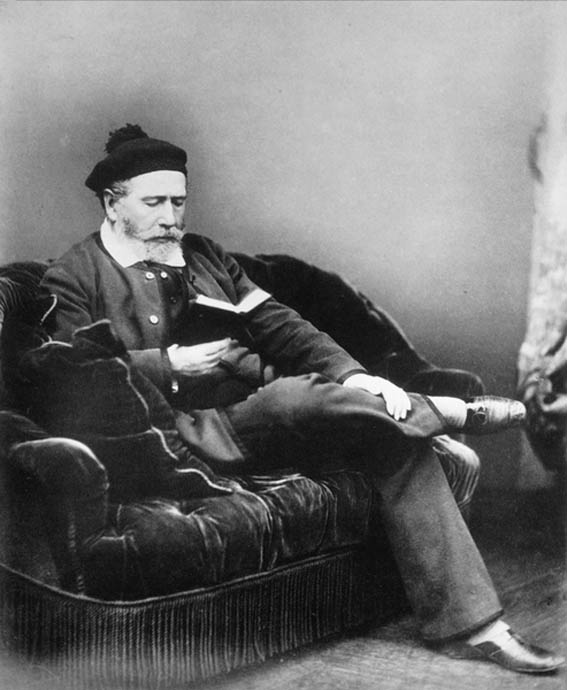 Adolf Piccard taught Louis François everything that he knew himself. Louis was diligent and possessed a gift of artist. In 1847, 26-year-old Cartier bought Piccard’s workshop and began to fulfill orders. Six years later Cartier opened another workshop in Paris. Jewelers were not in deficit in France, nevertheless young Cartier was ineffably lucky. In 1856, there was a symbolic event in the history of the workshop. That event was conductive to its subsequent prosperity. At that time Princess Matilda, the niece of Napoleon I and the cousin of emperor Napoleon III, as well as the wife of Anatoly Nikolaevich Demidov, bought her first jewel at the Cartier workshop. 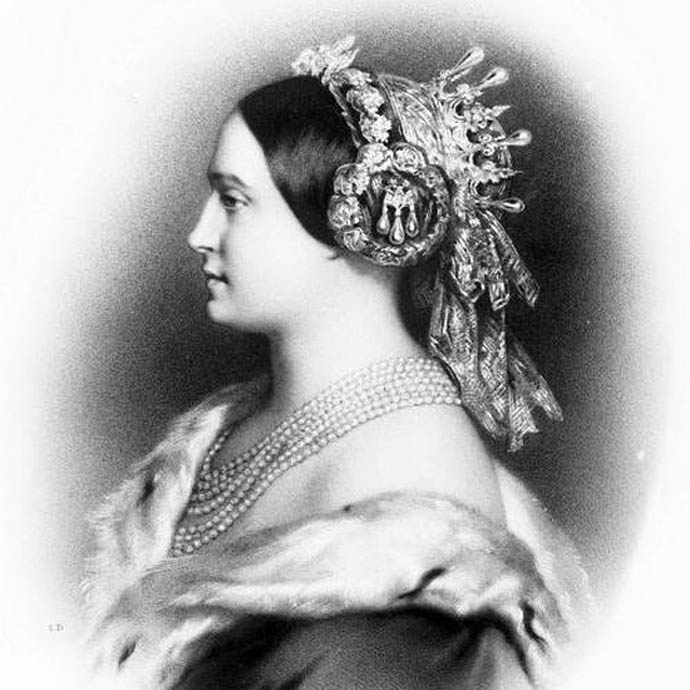 Princess Matilda, the niece of Napoleon I and the cousin of emperor Napoleon III,
as well as the wife of Anatoly Nikolaevich Demidov.

Empress Eugénie de Montijo, the wife of Napoleon III, Emperor of the France, is favorably disposed towards the jeweler. The success of the Cartier was fortuitous initially, nevertheless Louis-Francois did his best in order that everyone, who has acquired his products, might be confident that it would not be possible to see similar jeweled masterpiece during the aristocratic ball on the attires of acquaintances and friends, since Louis Cartier had not repeated himself. Any new of his creations was always different from the old ones. The Cartier’s auspiciousness and credibility of a skillful jeweler were constantly growing. He used the traditional techniques of the jeweler’s art and diligently combined them with new ideas. Before Cartier there were no artisans, who had created products in the shape of insects or animals, he simply contrived to see the true beauty in it. The artisan was able to do it so elegantly, making everyone admire the result of his creation. Consequently, brooches, rings, necklaces, cufflinks and other adornments in the shape of butterflies, snakes, and dragonflies had become extremely trendy.

That was the very moment, when the original flourishing began. The products from Cartier became fashionable in the aristocratic circles, representatives of the royal dynasties started buying the jewelry crafted by this jeweler. In addition, it needs to be admitted that the jewelry from the workshop of Cartier was worth it. In his works, Louis-François could magically combine the exquisite taste, traditional character and innovative ideas. Louis Cartier was the world’s first artisan who began to use platinum in his works. Artisans had used only silver and gold theretofore.

Desiring to involve the family to his business, Louis-Francois Cartier taught his son Alfred his trade. In due time Alfred passes on jewel creating to three his sons: Louis-Joseph, Pierre Camille and Jacques-Théodule. The brothers brought the business on to a truly international level; they had made their family brand be world-renowned. 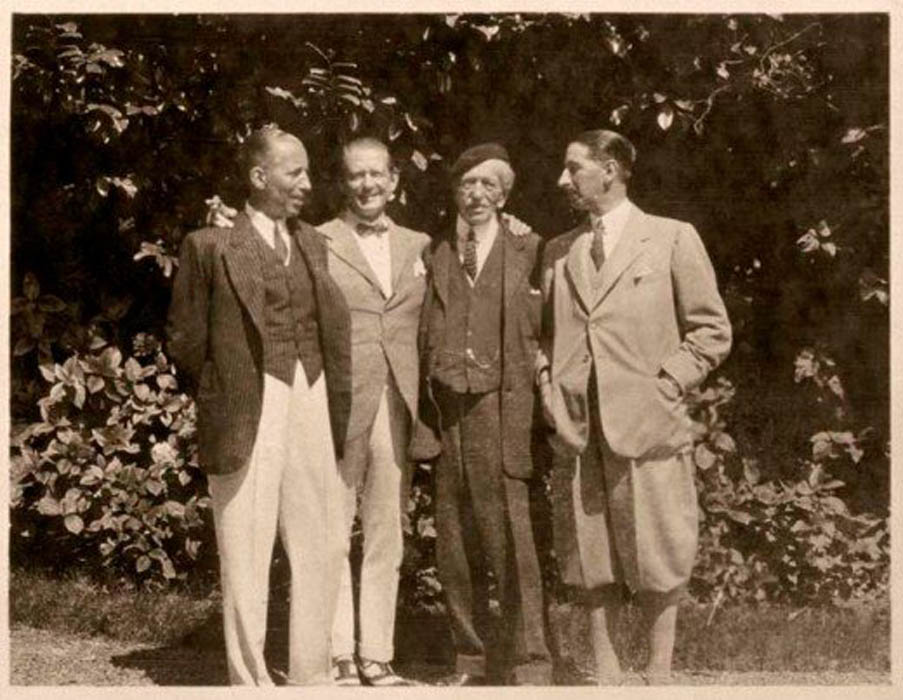 Louis-Joseph played the main role in the success, he was the one, who created the fabulous jewels, which were in great favor, and made everything that was the earnest of success of the Cartier brand. Louis Cartier II made products chic, endowed them with magic and aura. Louis Cartier could resist modern art, which was not loved by him; he designed jewels in the style of Renaissance and managed to overcome the fashionable caprices. The products of the firm, especially in the style of “Guirlande”, which hides the fasteners between diamonds, enjoyed the enormous demand. Jewelry in the neoclassical style with diamonds in platinum have still enjoyed great success among the royal heads and nobles of the entire world. 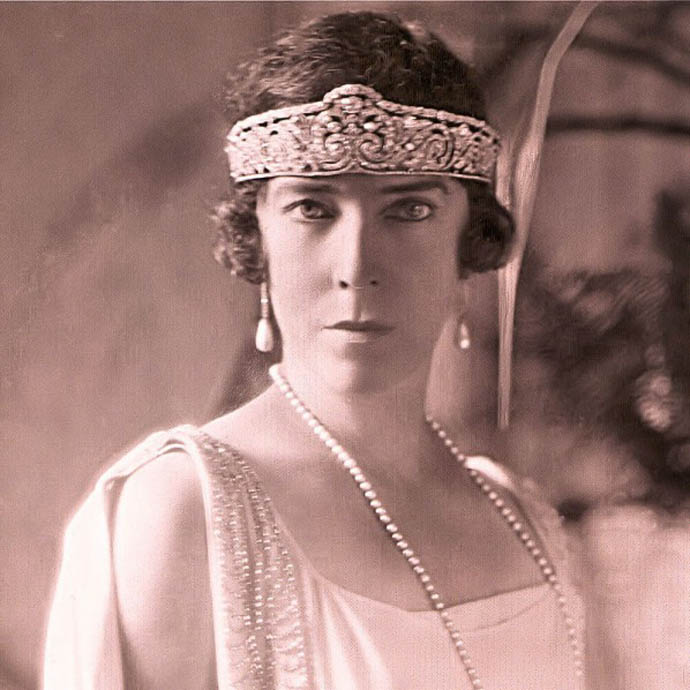 Elizabeth of Austria – the Queen of Belgium, the spouse of the King Albert I,
mother of King Leopold III of Belgium and Queen Maria José of Italy
in tiara from Cartier (platinum, diamonds), 1910.

Many critics believe that famous ballet “Russian Seasons” by Sergey Diaghilev and paintings by Pablo Picasso inspired Cartier to create the famous collection of the house in an avant-garde style of art deco. 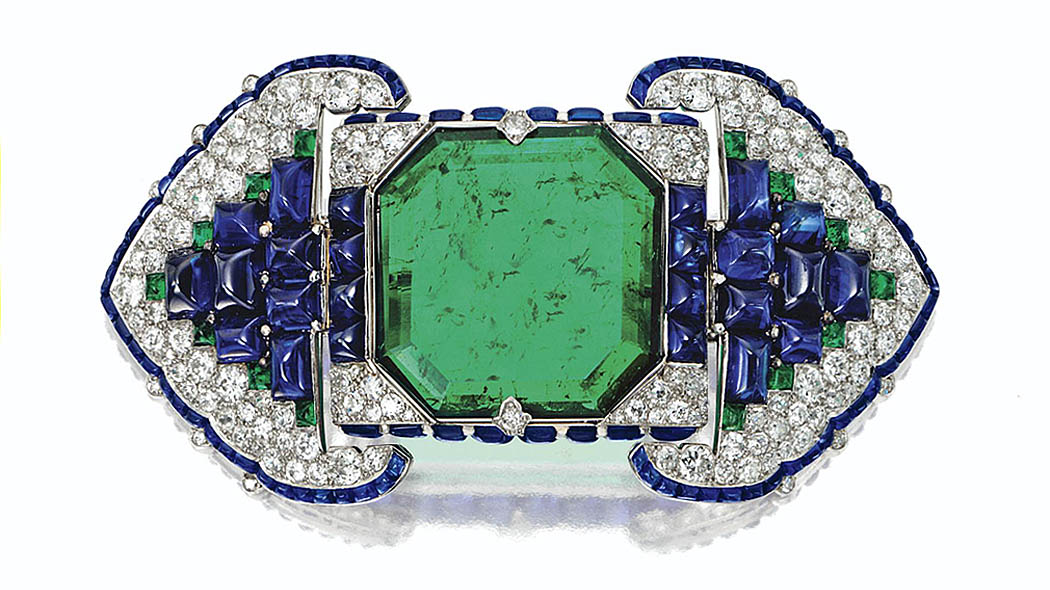 Louis Cartier skillfully adopted foreign experience. For example, the art of enamel he mastered by examining the works of the Great Carl Faberge. Louis Cartier was a kind of rival to Carl Faberge in the world Olympus. The Faberge products were more elegant; historians have no doubt that many of the products from Cartier were created under the influence of the work of the Russian artisans. It is unknown how the rivalry between Cartier and Faberge would have ended, if the war with the following it revolution had not begun in 1914. 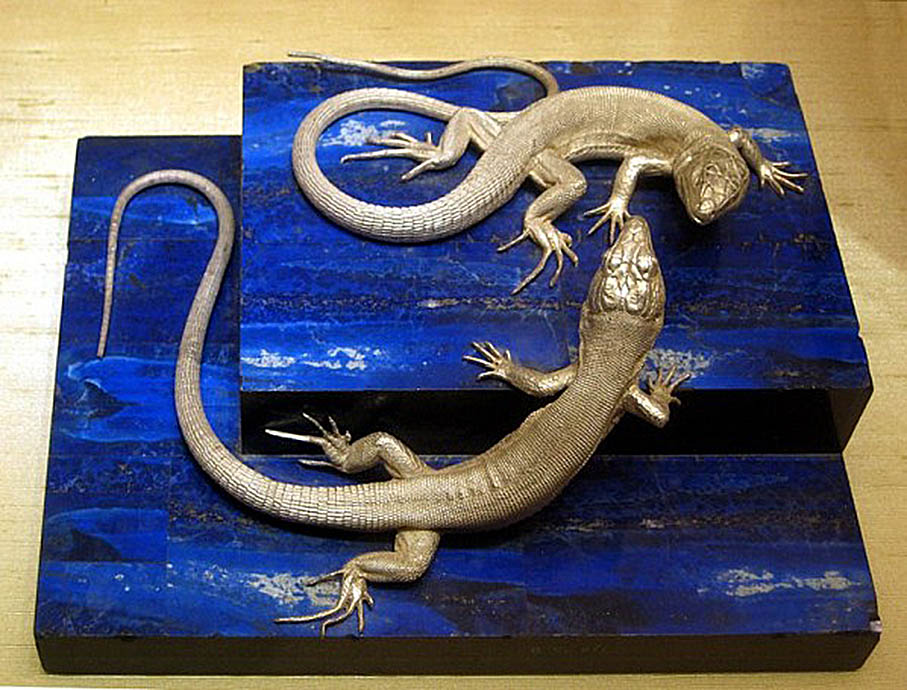 While the senior brother Louis-Joseph made beautiful jewelry, younger brothers worked on the expansion of geography of sales. Jacques went outside of France, the countries of the Persian Gulf became his objective. The Maharajahs of India, Siam and the Arab sheikhs were the permanent clients of the firm. 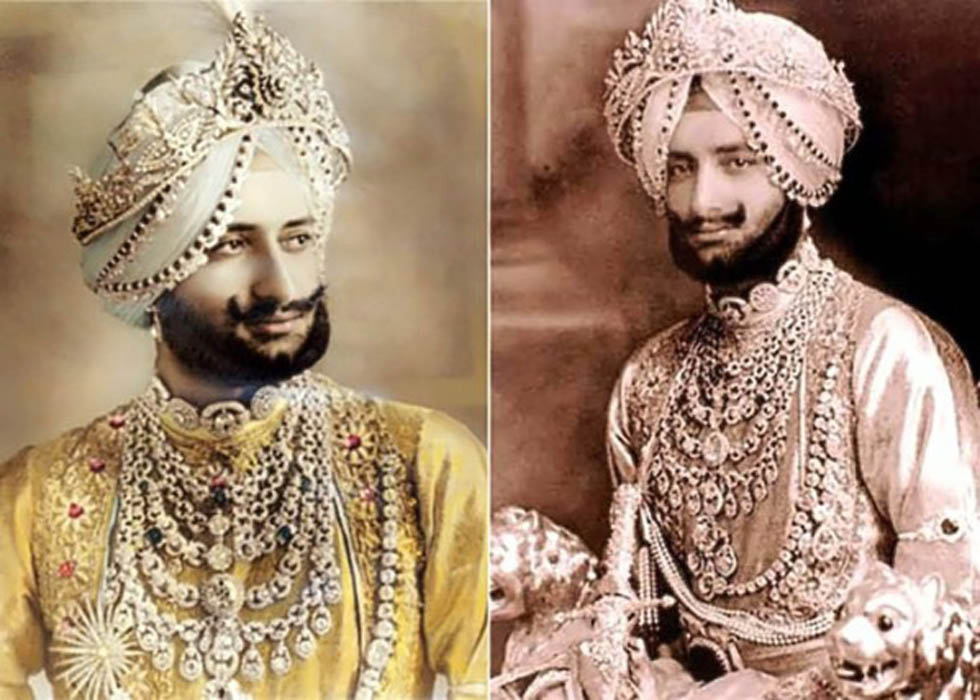 The most famous of the entire Maharajahs’ treasures is “Necklace of Patiala”, the necklace of the Maharaja Bhupinder Singh. The House of Cartier manufactured it for Maharajah of Patiala in 1928. Its total weight was almost 1,000 carats and included the famous diamond De Beers with the weight of 234.69 carats.

Pierre Camille goes to Russia to compete with Carl Faberge. In 1907, Cartier organized his exhibition in St. Petersburg in the hotel “Europa”, boutique-shop “Cartier” still was not opened, however he managed to obtain orders from Nicholas II. Moreover, Cartier became the official jewelry supplier to the Russian court. Before that, Louis-Francois Cartier together with his son Alfred had been court jewelers at the Royal Households of Spain, England and France. 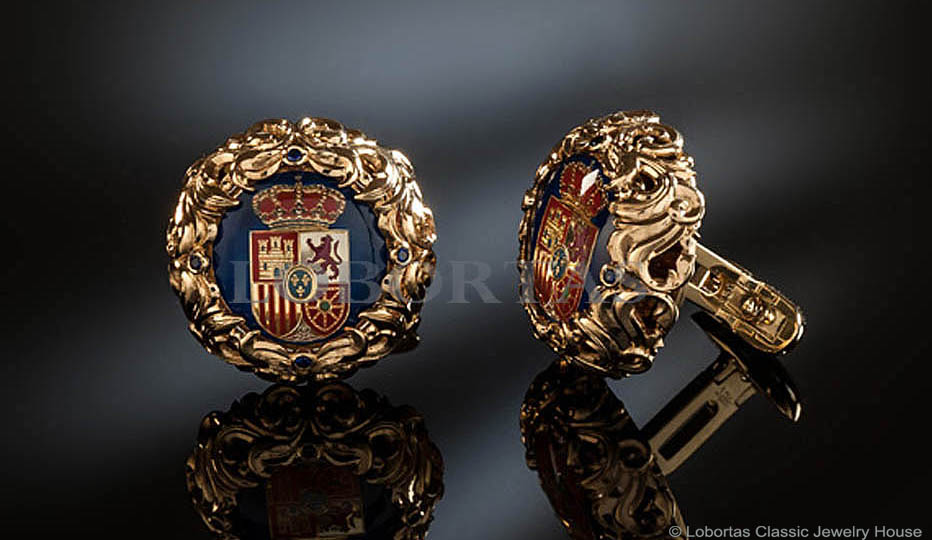 Pierre managed to enter the high-society circles of America. He developed a closer relationship with customers from the world of finance and industry of the United States, including the Rockefellers, the Vanderbilts, the Goulds and the Fords.

The Jewelry House, named in honor of the founder, has brought its art through many years in order to impress, fascinate and arouse the desire for possessing the treasures that were created in its bowels. The Cartier firm respectfully pertains to its history and its preservation; therefore, it buys back its own products, which are related to the different stages of the company’s development. Moreover, the history of the Cartier is chic and beautiful…

This year Alfred Cartier would have marked 175 years and Carl Faberge – 170 years. Paying tribute of respect to these great jewelers, the artisans of Lobortas have created a series of unique cufflinks with the gyroscopic rotating mechanism, following the trade of great masters and reflecting the era of the twenty-first century. 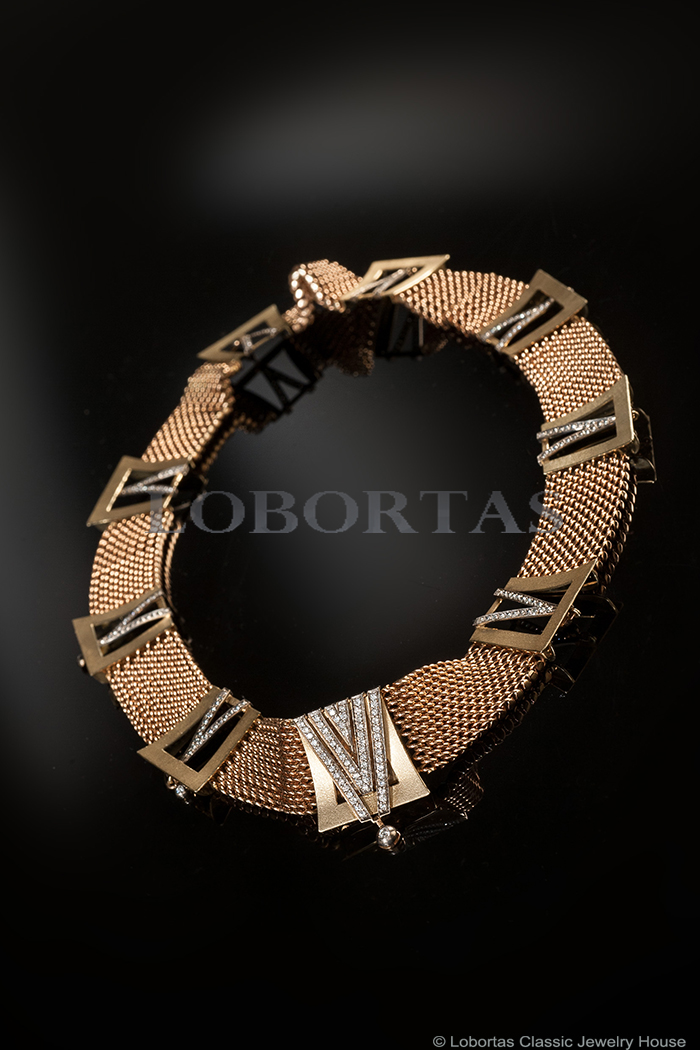 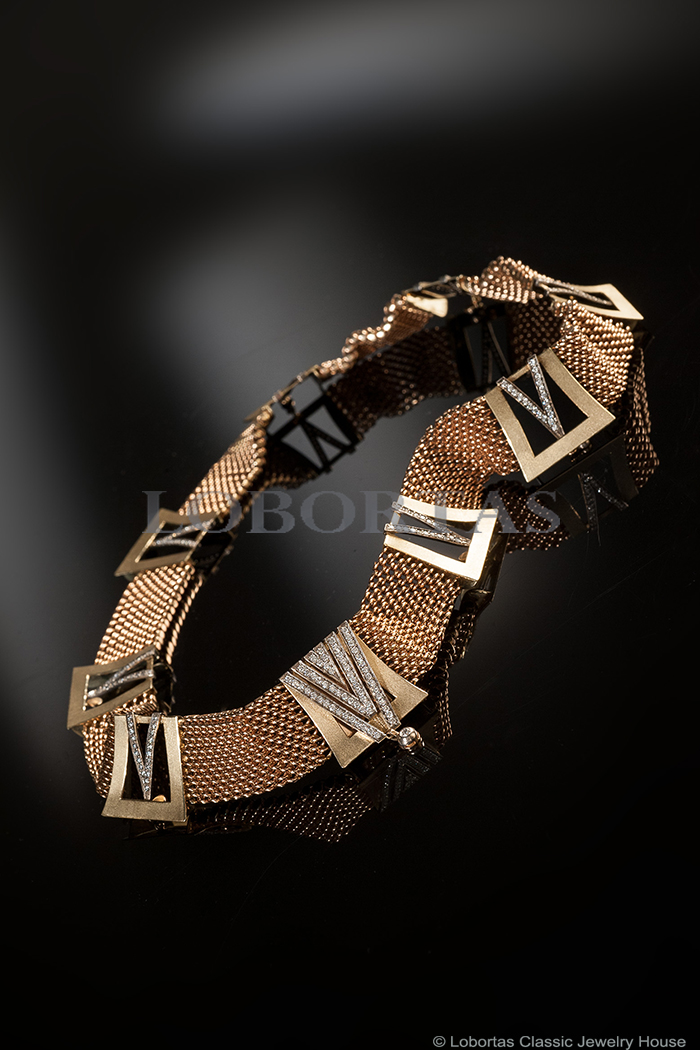