William Asprey founded the Asprey Jewelry House in Mitcham, the county of Surrey, in 1781. He was a descendant of the Huguenots, some of which fled from France to England. Like most French Protestants fleeing from persecution during the reign of Louis XIV, the ancestors of William were skilled artisans, smiths, tanners, watchmakers. The first products were a variety of traveling accessories, made of high quality leather. They laid the road upwards for a newly minted company, and gradually William Asprey’s company got a reputation of one of the best in the field.

In 1841, Charles, William’s son, took the reins of government in his hands, and the company began to develop with renewed vigor. Six years after, the workshop together with the store moved from Mitcham to the prestigious 165-169 New Bond Street, where the growing company got a great building. 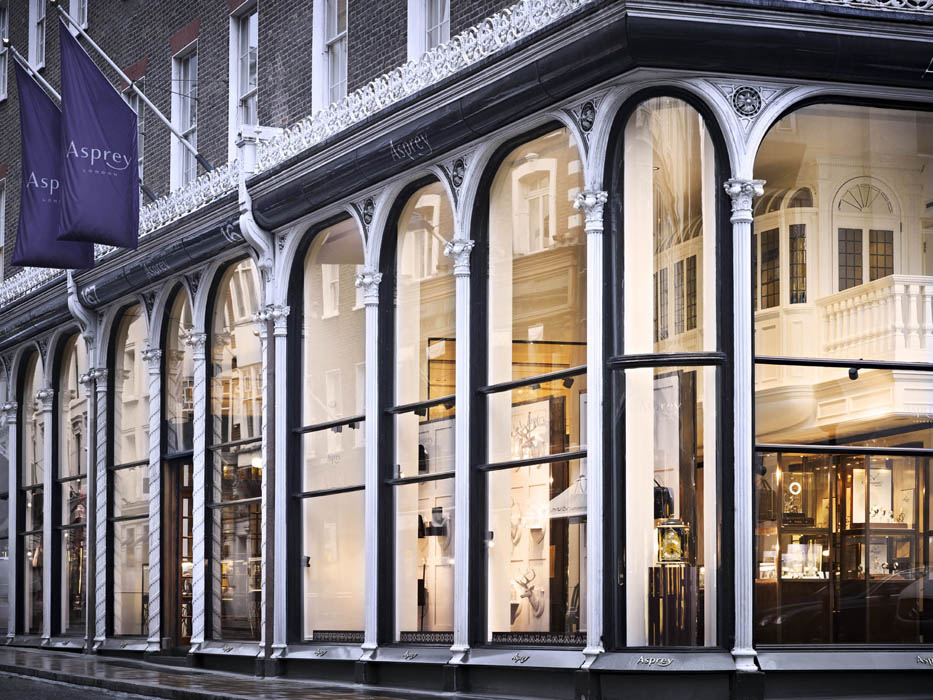 At the world exhibition, held in the Crystal Palace in London’s Hyde Park in 1851, the Asprey’s toilet-bags, renowned for their quality and style, were awarded with a positive assessment only. 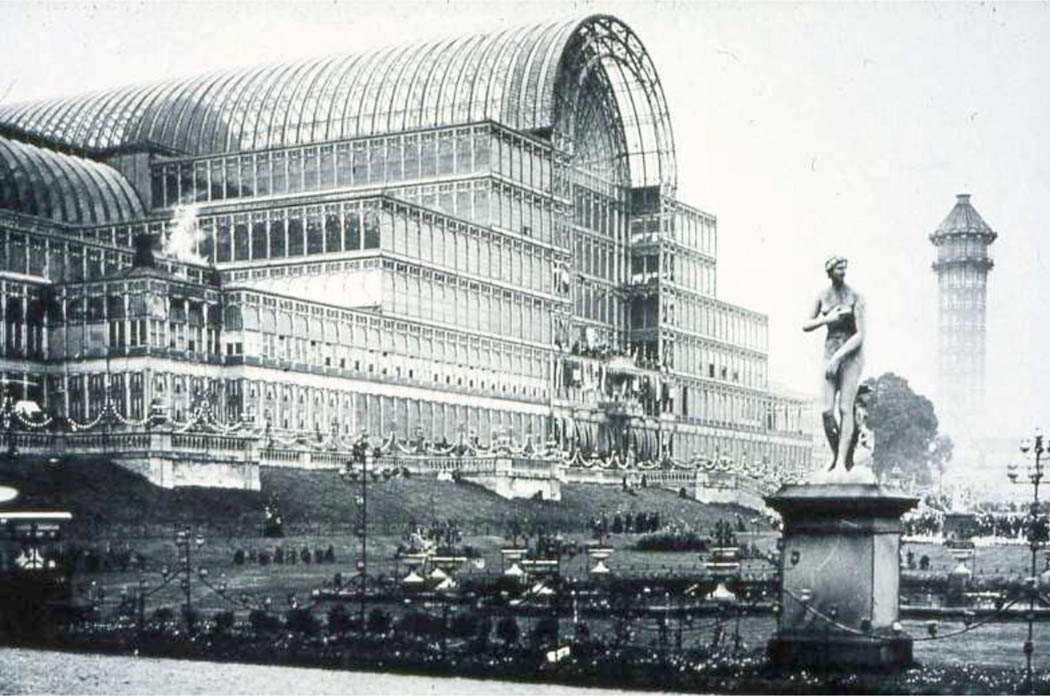 In parallel with the work to promote his own brand, Charles did not forget about competitors: in 1859, Asprey bought “Edwards”, the company from Holburn, which had previously supplied traveling bags to Queen Victoria, as well as trained highly skilled artisans. Moreover, it was the holder of the Royal Warrant, later followed by the purchase of the Alfred Club. In 1862, at the world exhibition in South Kensington Asprey was awarded with a gold medal for excellent quality of its products. Asprey became famous for its cute wooden caskets with accessories made of pure silver, which soon began to be crafted out of leather that was much more convenient than a bulky wood. Moreover, in 1862, Asprey was honoured to become a supplier to the Royal family, Queen Victoria herself gave them a Royal Warrant. 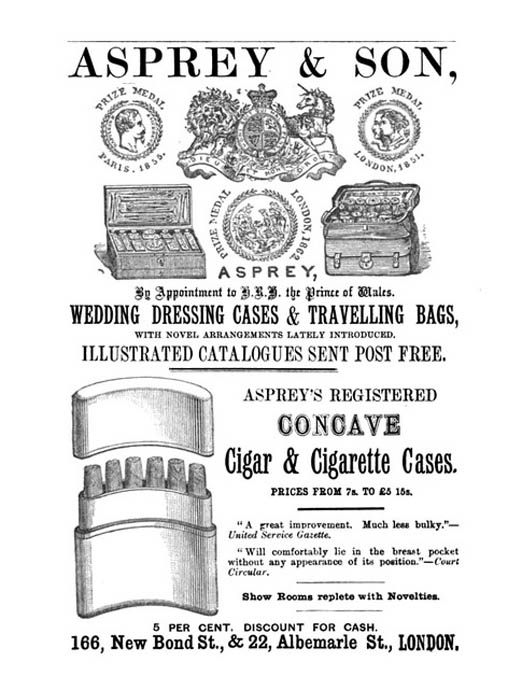 In 1889, Asprey celebrated the victory again: the House was awarded with a second Royal Warrant, this time from the hand of the Prince of Wales, the future King Edward VII. Asprey’s artisans were awarded for developing his personal monogram, design of which impressed the Prince very much.

Popularity and fame of Asprey was growing steadily, and so it was decided to add jewelry to the range of manufactured products. For this matter, they started to look actively for talented jewelers and artisans, who can work with precious metals. In the early 20th century, Asprey started production of jewelry of the highest quality.

King Edward VII remained Asprey’s most important and revered customer up until his death.

In 1911, in the first year of his reign, King George V awarded Asprey with Royal Warrant as goldsmiths and silversmiths. The warrant was withdrawn from Asprey only after the death of King George in 1936.

In 1920, Duke of Windsor, His Royal Highness Prince Edward, also awarded Asprey with Royal Warrant as goldsmiths and silversmiths. The Warrant was not withdrawn until the abdication of Prince Edward from the throne in 1940. 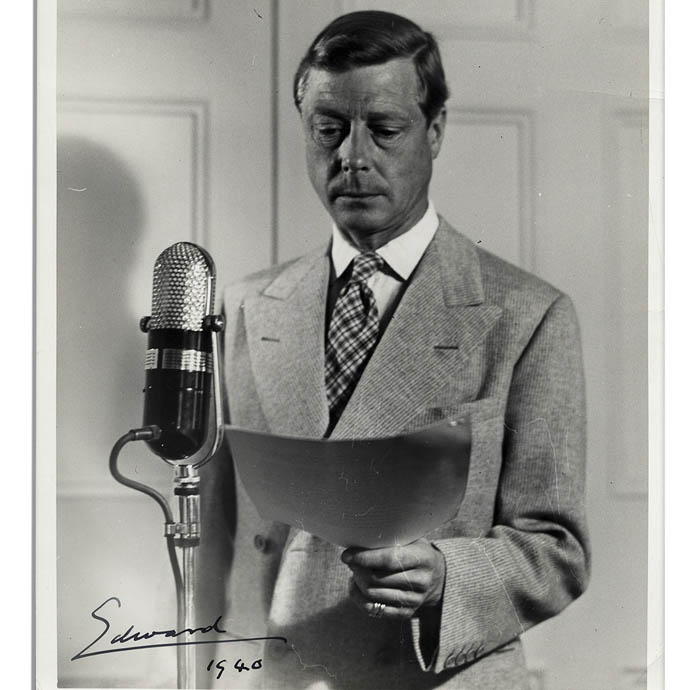 Duke of Windsor is abdicating the throne..

The peak of glory “Asprey” falls on the 1920s and 1930s. Designers and jewelers of the Asprey House sized up the fashion trends of the period in time and became one of the first to actively use new style of “Art Deco” in their works, what turned out to be a stunning success. Jeweler’s masterpieces of the House in the style of “Art Deco” hit originality and luxury at the same time. They bore the energy of a new era, amazed with their cleanliness and ease of the form’s perception. In general, the period before the World War II was extremely successful for Asprey. 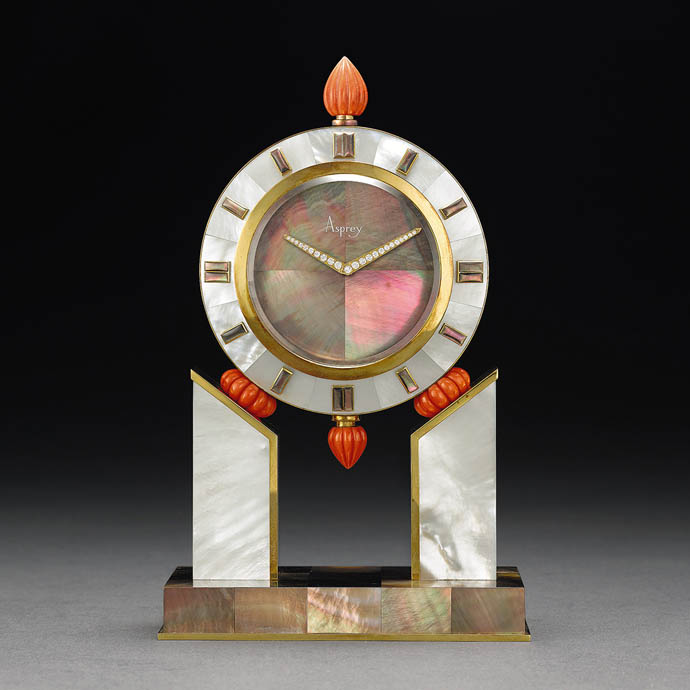 During the World War II, artisans of the Asprey House continued their work, slightly changing the course of their activities to provide assistance to the British army and the Government. Those turbulent times were not too bad for the company; they even managed to get a pair of high-ranking customers: the Emperor of Ethiopia, Haile Selassie I, and King of Norway, Haakon VII, who were in the UK at that time as fate willed.

In general, the Asprey House had recovered from the effects of war soon enough and almost regained its past positions shortly after: it started operating at full capacity again. In 1975, Queen Elizabeth II herself awarded the House of Asprey for their contribution to the development of the industry. 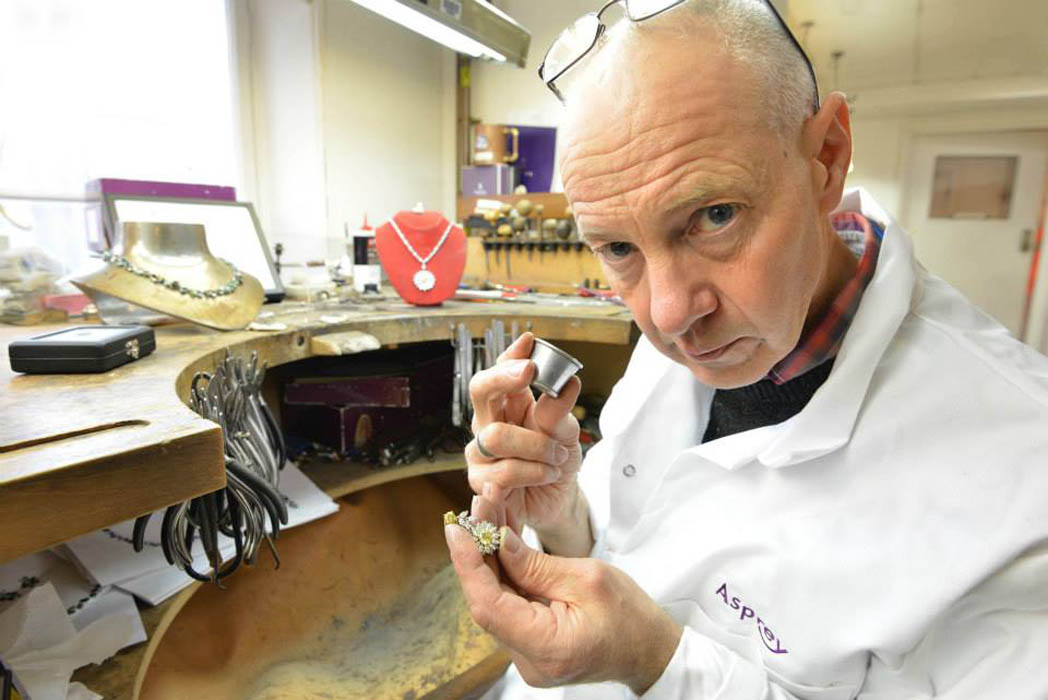 To date, goldsmiths, silversmiths and jewelers of the Asprey House have been awarded with a lot of Royal Awards. Queen Elizabeth II and Prince Charles were their clients. Asprey supplies a significant part of Royal jewelry, but not always directly. Since the House commands popularity from Arab sheikhs and other oriental rulers, the latter ones often ordered “Asprey” jewelry, designed to become gifts for the Queen and other members of the Royal family. There are several delightful sapphire sets among those gifts. For the wedding of Princess Diana of Wales, Crown Prince of Saudi Arabia sent a delightful set of diamonds and sapphires by Asprey. Princess Diana received another outstanding set of the same stones in 1986, during a visit to the Sultan of Oman. Perhaps sapphires enjoyed such a great honor among members of the Royal family because at one time the young Queen Victoria was coronated with the crown, adorned with the magnificent sapphire in the center thereof. 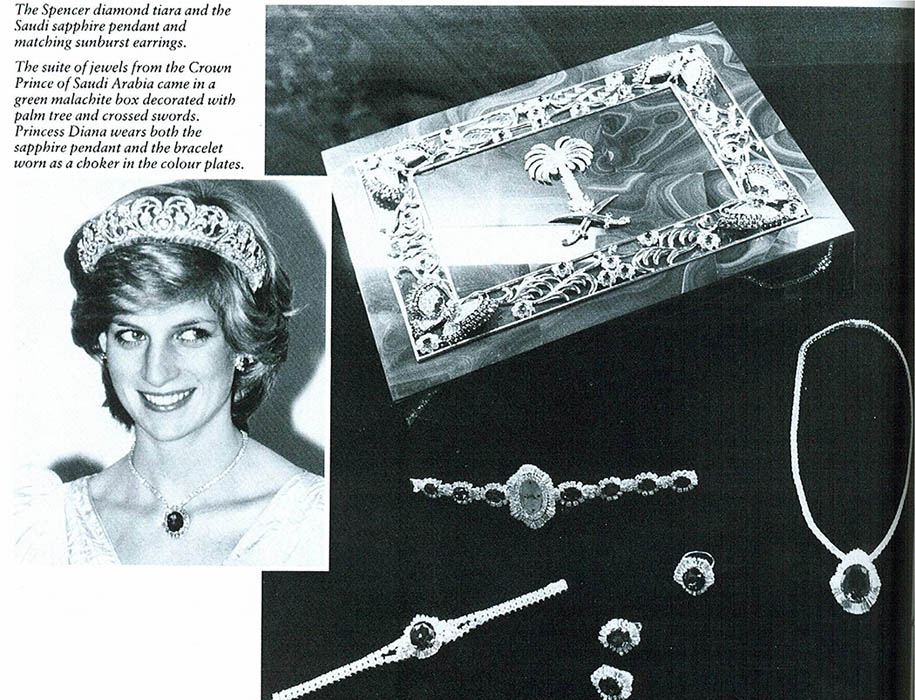 Diamond Sapphires Set by Asprey.
A gift from the Prince of Saudi Arabia to Princess Diana of Wales.

In 1980, Asprey decided to try their hand at a new business and launched the Asprey Polo, which dealt with equipment and accessories for playing Polo, with not only those which the player himself needed, but also all that required for the horse. 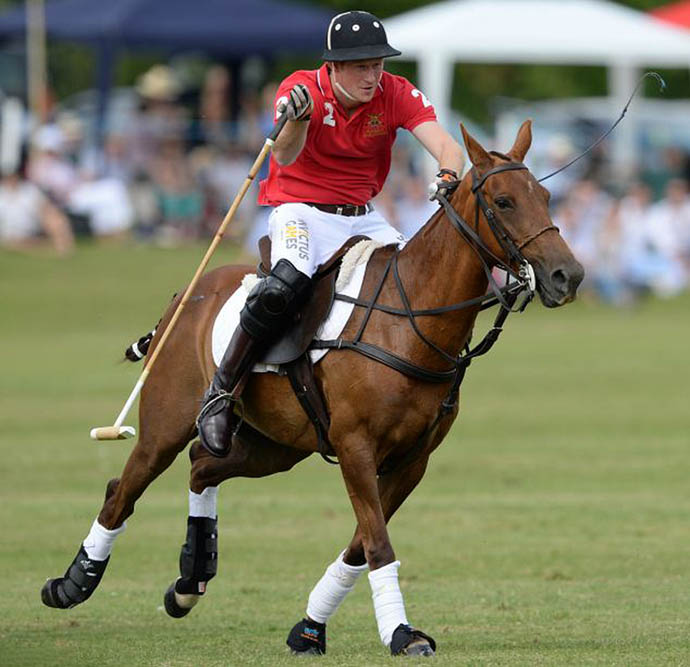 In 1997, Asprey got an order for creating a necklace called the “Heart of the Ocean”, the same one that sparkles around the Kate Winslett’s neck in the movie “Titanic”. It is worthy to say that Asprey managed to get an “A” on the objective, and apparently not without the help of Garrard & Co. 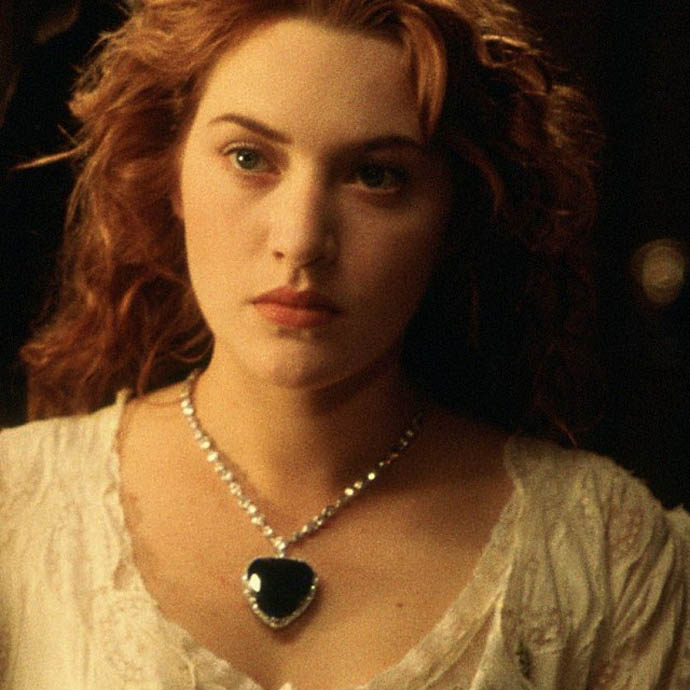 In 1998, Asprey joined forces with Garrard & Co, however, their work together lasted not for long: already in 2002, the alliance crumbled and each brand went its way. In 2002, especially for Asprey the world-renowned jeweler, Gabi Tolkowsky, developed a special kind of the cut, which became one of the main prides of the British company. 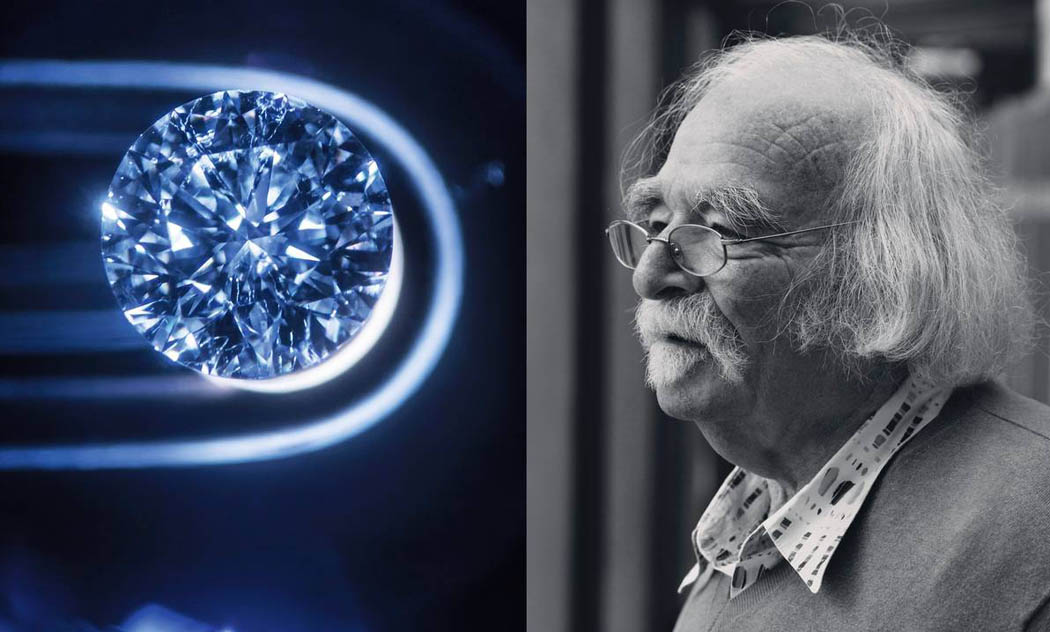 In 2004, Asprey decided to finally made the American market happy by its products and opened its first boutique in New York. In the same year, a popular actress Keira Knightley became the face of the brand. 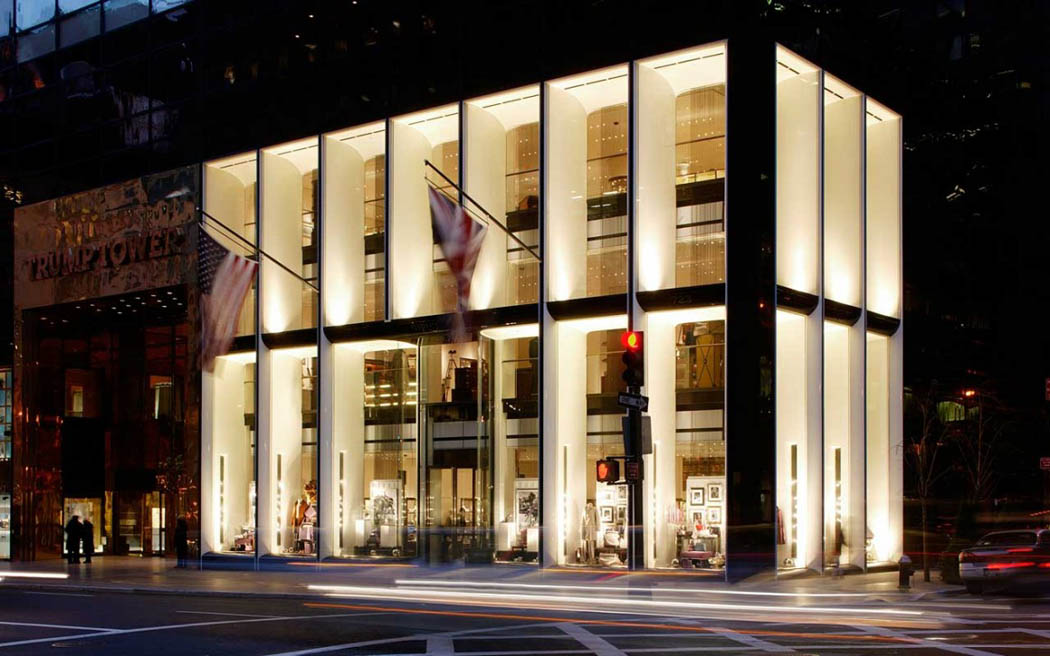 Today the Asprey Jewelry House is one of the major jewelry companies in the world. The House of Asprey offers a huge selection of exquisite jewelry, accessories, watches, cufflinks, tableware and furnishings for home, handbags and other luxury products. 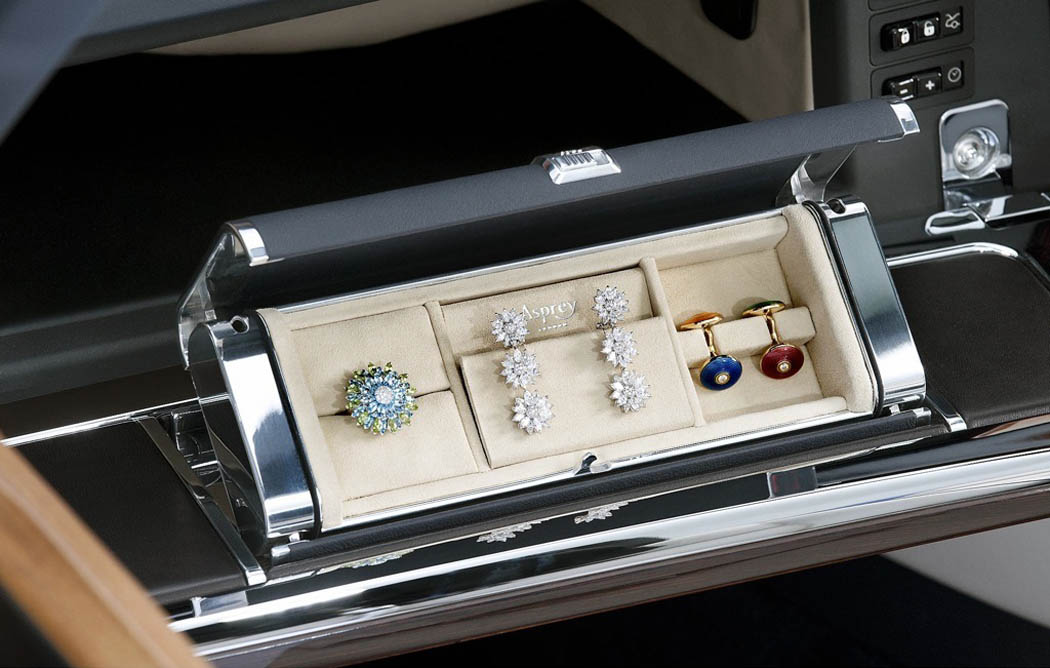 Asprey and Rolls-Royce. The joint presentation of the Phantom convertible.

In 2006, an American private company “Yucaipa” bought Garrard & Co. and on July 15, 2007, the Garrard & Co. Jewelry House lost the honorary title of master goldsmith of the British Royal Court without any explanation.

Interestingly, under the Protocol, this title may be awarded to two jewelry companies, but the second place remained vacant over 166 years, while the English Royal Court gladly enjoyed services of the House Garrard & Co., and apparently was not going to change their habits. So far the Garrard & Co. Jewelry House has a Royal Warrant received from His Royal Highness the Prince of Wales, and its artisans have still been jewellers, goldsmiths and silversmiths of the court.

In 2015, House Garrard & Co celebrated its 280th anniversary. And thanks to the exquisite jewelery and exquisite taste, jewelry of this brand have been very popular for nearly three hundred years. Each product by House of Lobortas is the embodiment of style and artistry, a perfect allience of luxury and elegance. This is the ruling principle of the company, its genetic formula which symbolizes the sublime love of perfection.

Ring «The Wizard of the Emerald City». Lobortas House.
Photo by Vladislav Filin.