History of Asprey & Garrard is no small than 300-year-old chronicle of two ancient British jewelry Houses Garrard & Co and Asprey with rich history and established traditions. And despite the fact that their joint union lasted only for four years, each jewelry house made an invaluable contribution to world jewelry treasury.

In ancient times, talented Jewelers enjoyed honor and respect in the circles of royals and nobility; they were valued for their weight in gold, as today. They were instructed to create crowns and royal regalia, weapons, diadems, pendants and necklaces, wedding and engagement rings, buttons and cufflinks. People wanting to possess this shining splendor were lining up at their door, since jewelry is an aura of authority and power, grandeur and status. 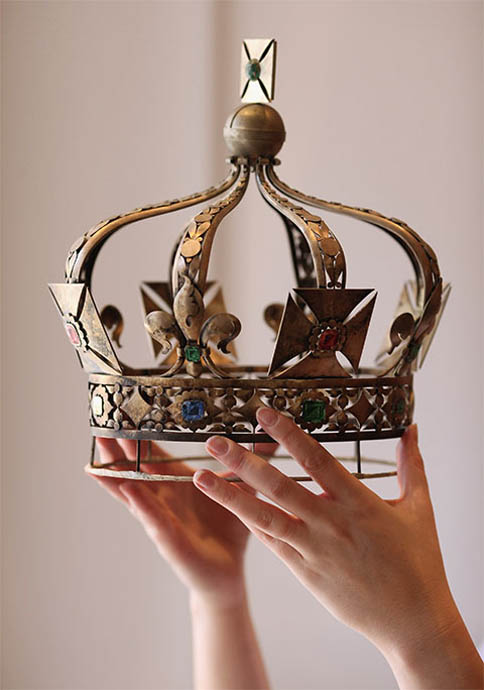 A similar destiny was envisioned to talented artisan George Wicks (1698-1761). When Wicks turned 24, he was already a member of the Guild of Goldsmiths, and became known as a skilled silversmith for his works in the style of Rococo. In 1722, despite young age, George ventured to establish his own business. That event had presaged the start of dizzying career of the Jewelry House, which later became known as Garrard & Co. 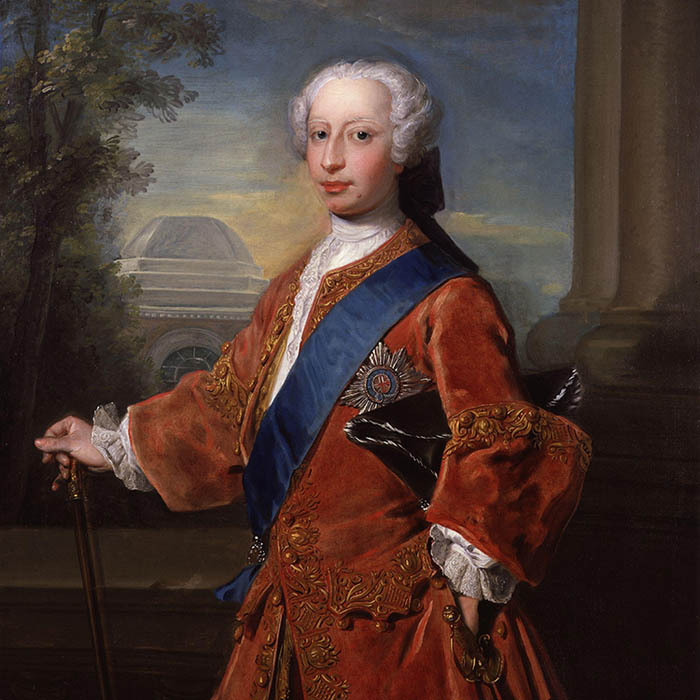 We can argue that throughout its history, the Garrard & Co has worked closely with the British Royal family, starting with Frederick, Prince of Wales, and every subsequent British monarch, creating lots of beautiful jewelry. 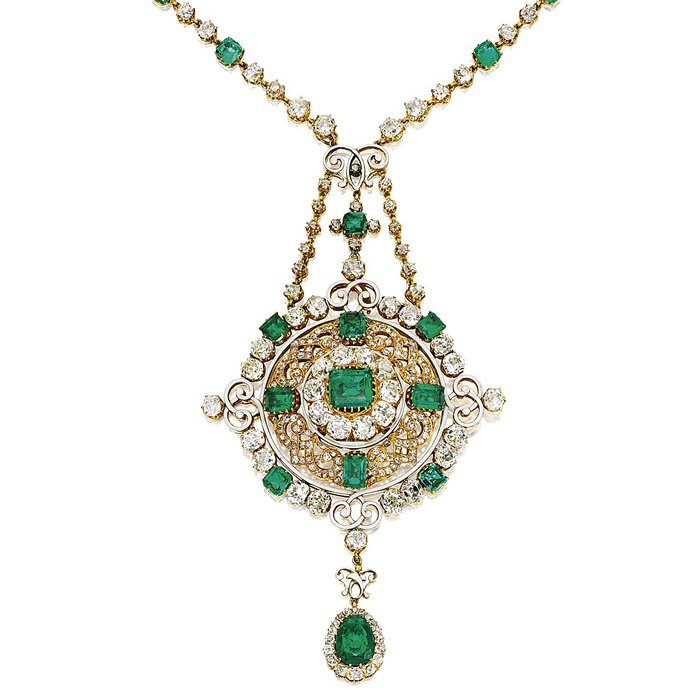 During its existence, the Wicks’ company repeatedly changed hands, replacing its owners. In 1760, George Wicks’ company acquired his disciples, John Parker and Edward Wakelin, and in 1776, John Wakelin and William Taylor replaced them. In 1792, the year after the death of William Taylor, Robert Gerrard became the partner to the company. In 1802, Robert Gerrard became the sole owner of the company of George Wicks, and passed control to his sons, Robert Gerrard II, James and Sebastian. The brothers succeeded in running the company, trading as “Robert Garrard & Brothers until James’ having retired in 1835. After that, the company changed its name to “R & S Garrard”.

In 1843, comes the greatest event in the history of the Garrard Jewelry House: the young Queen Victoria entitled the House as the court jeweler. 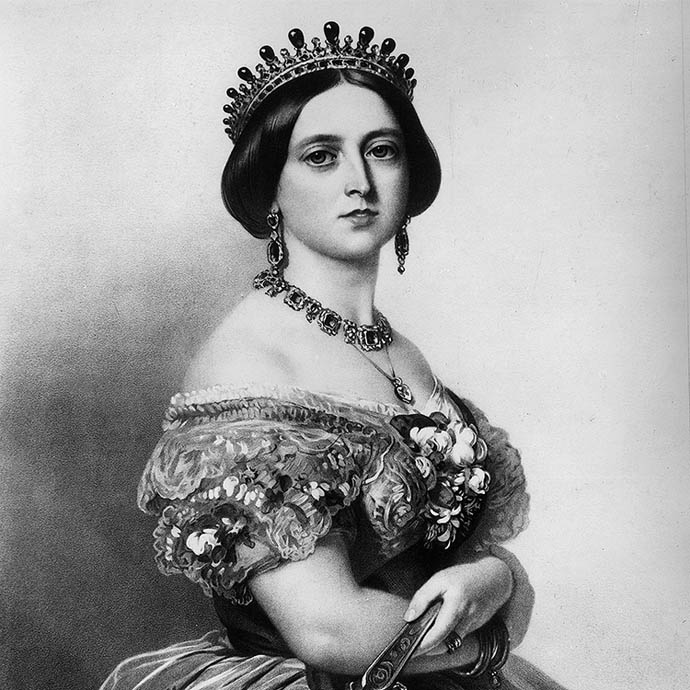 The granted privileges discovered limitless opportunities before Garrard & Co. Henceforth the official design of the Royal jewels and regalia, manufacture and maintenance of proper form, as well as care for collection of silver and jewelry, owned by monarch, became the House of Garrard’s concern. For 166 years, every winter, Garrard & Co sent a team of their artisans to the Tower for two weeks, and the jewelers carried out preventive maintenance and repair of the Royal jewels, protected by armed guards. 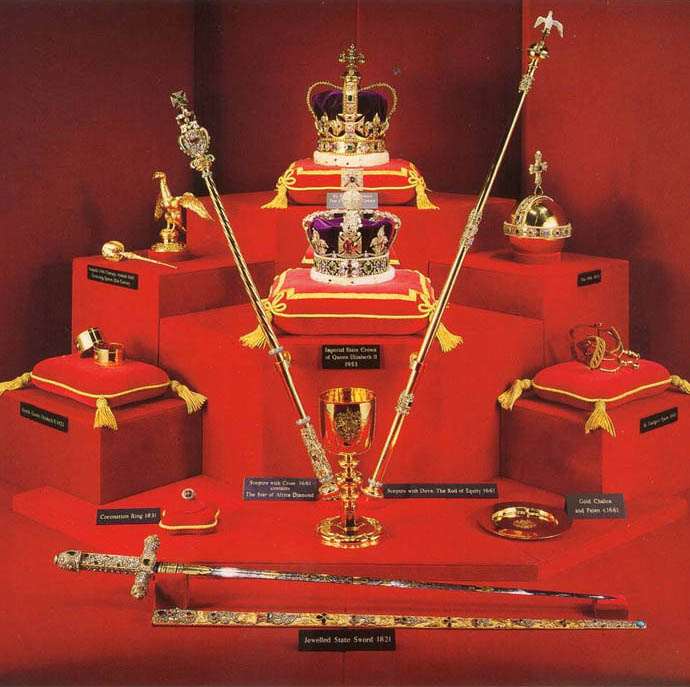 Royal treasures in the Tower.

In 1848, artisans of Garrard & Co, made a trophy called “America’s Cup”. “America’s Cup” is one of world’s most famous and most prestigious regattas. It has been the world’s oldest international competition in all sports; it was founded two decades earlier than FA Premier Cup and 45 years before the first modern Olympic Games and has been the oldest international sporting trophy. 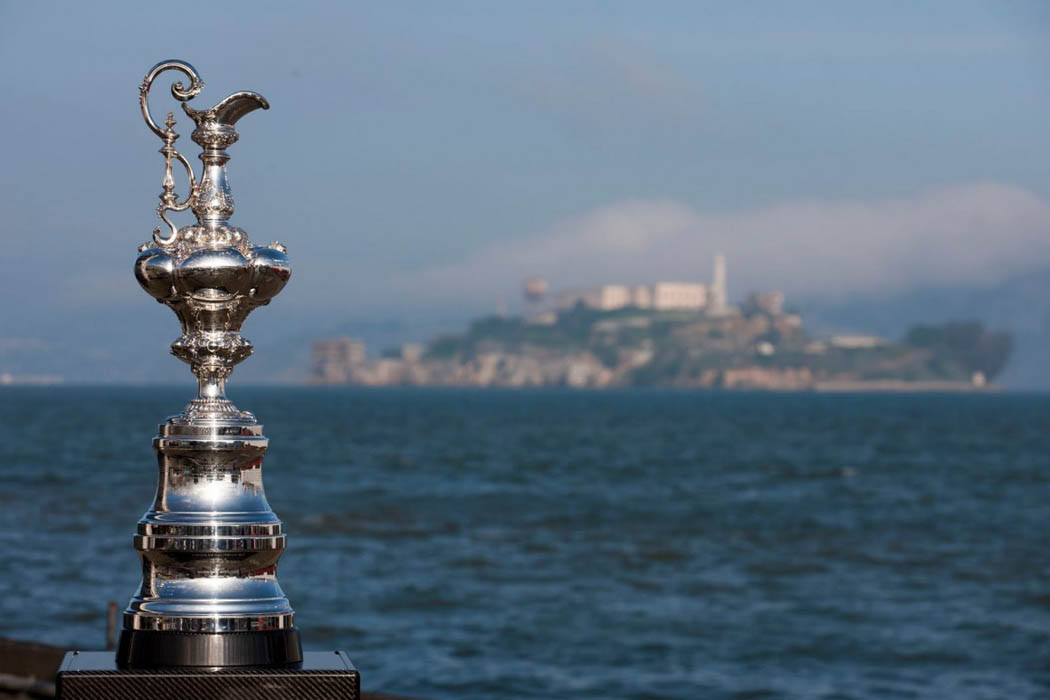 In 1849, Indian treasure trove of Lahore, in which there was the famous diamond Koh-i-noor, came into the possession of the British authorities. April 6, 1850 Koh-i-noor departed from India and reached Great Britain on July 2, 1850, and was given to Queen Victoria. In 1851, the diamond was exhibited at the great exhibition in London. 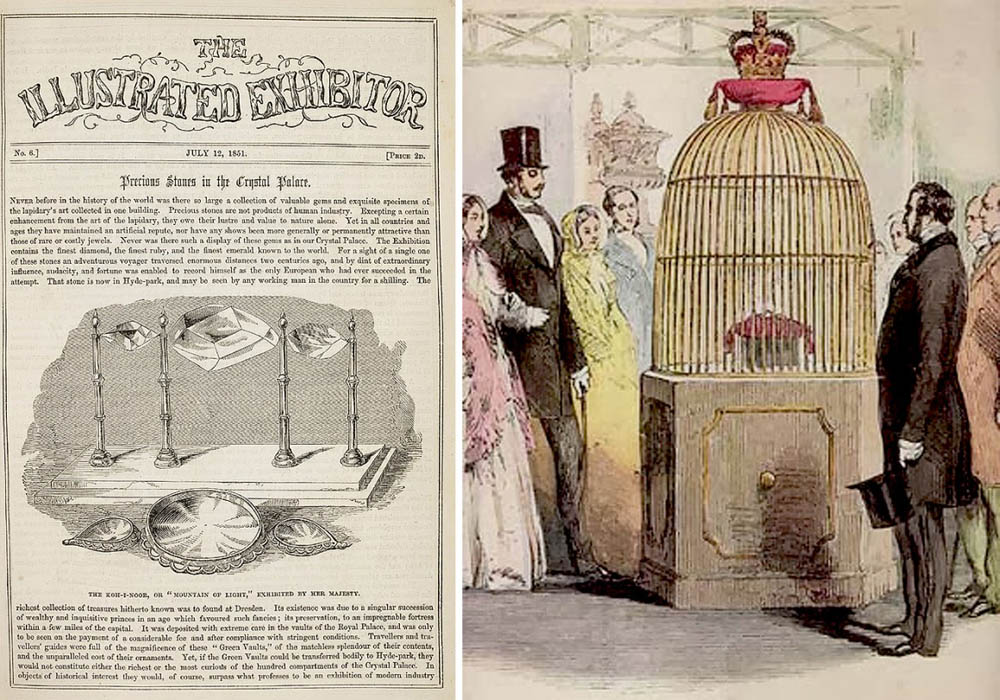 The Koh-i-noor diamond at the Grand Exhibition in London in 1851.

Despite the fact that the gem gained the notoriety of the object bringing misery to the owner, the Queen defied the preconceptions and wore it to the crown. By the time, Koh-i-noor still retained the ancient Indian form of cut. 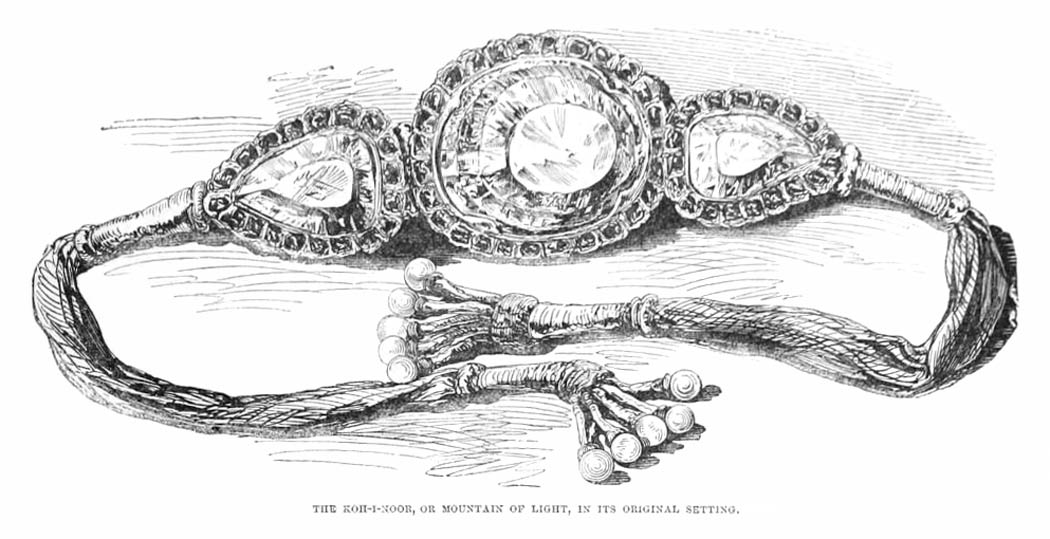 In this form the Koh-i-noor diamond was transferred to Queen Victoria in 1851.

Prince Albert along with goldsmith Sebastian Gerrard said that the gem’s rose shape was improper and that the new cut will make Koh-i-noor tune up again. They decided to turn to experienced gem cutters. A small machine with a steam engine was made for the works to be carried out. Upon expiration of the 38 days of painstaking work, which cost a tidy sum to the British Treasury, diamond was almost relieved of yellowness, and became lighter. Thus, there was 108.93-carat oval-shaped Koh-i-noor diamond. In the process of new cutting, Koh-i-noor lost 43 percent of its weight. 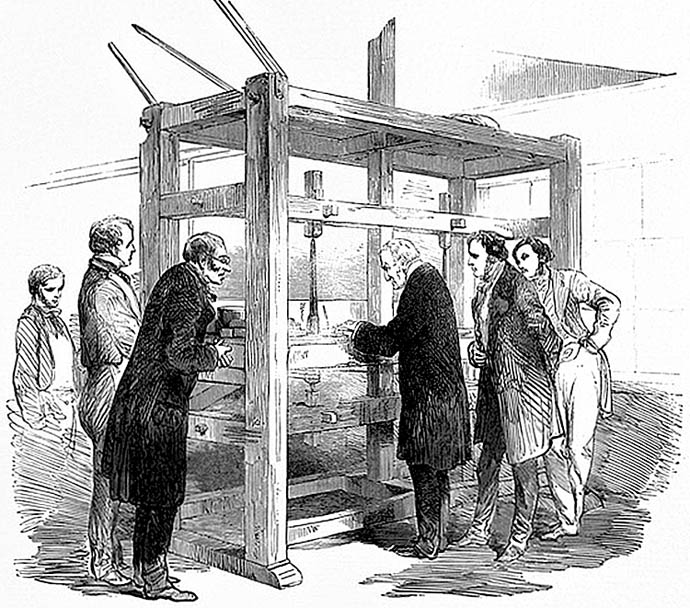 The cut of Koh-i-noor diamond.

The usefulness of this procedure has caused a storm of criticism and doubt because its original Indian rose-shaped cut represented a tremendous cultural and historical value. In 1853 gorgeous diamond “Koh-i-noor” became a decoration of the royal tiara, which already included more than 2,000 gems. 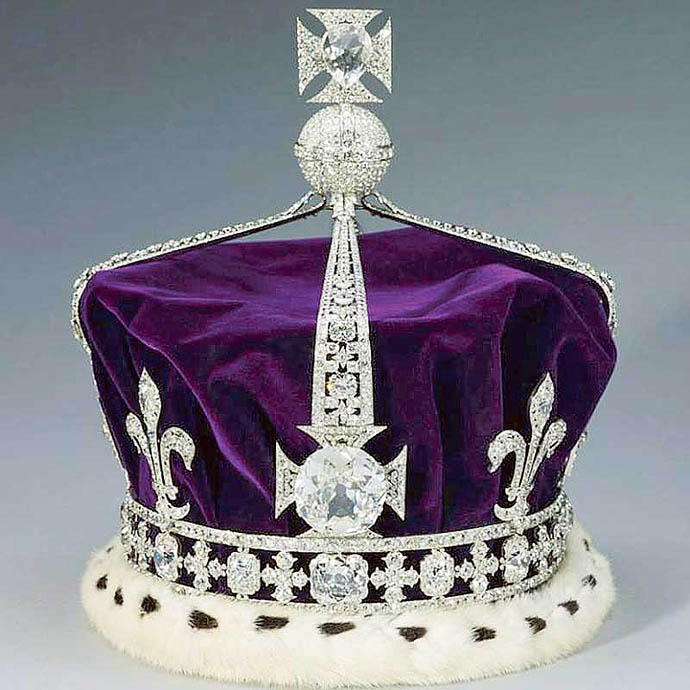 Jewelers of Garrard & Co. demonstrated all their skill and mastery in 1871 while making small crown for participation of Queen Victoria, their patroness, in official events. It was the crown, wearing which, the Queen was depicted on most paintings and sculptures. A prerequisite for this event was the death of Prince Albert, and the Queen’s health abruptly shattered in a relation of this development — she suffered migraines and could not wear the “full-size” crown. Queen Victoria liked the crown so much that she did not part with it until her death. 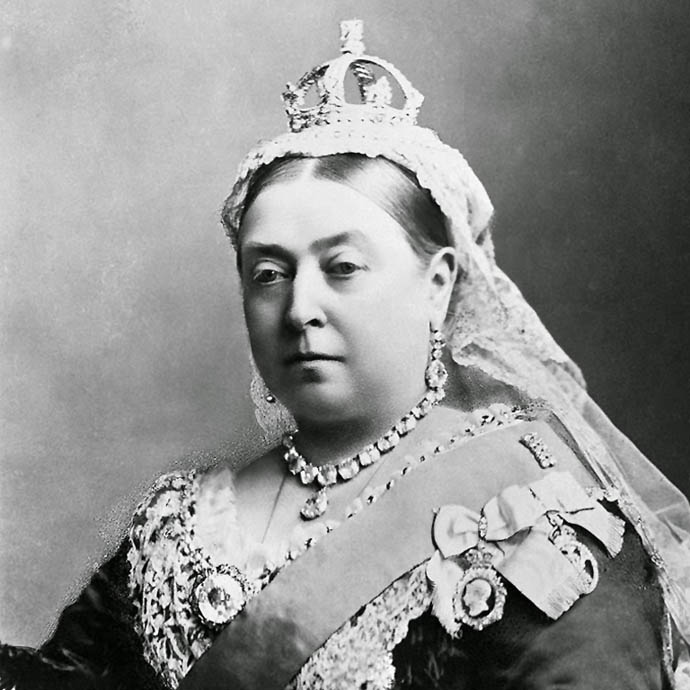 In November 1907, the year when Cullinan, the world’s largest diamond, was presented to King Edward VII of Britain on the day of his 66th birthday. Diamond possessed exceptional purity and white-bluish tinge.

In 1910, to order of King Edward VII, artisans of Garrard & Co set the Cullinan I diamond in top of the royal scepter, which is now exhibited in the Tower of London. Jewelers of Garrard & Co used the rest of the Cullinan diamonds, when creating the famous Cambridge and Delhi Durbar Parure. The parure was created by the Garrard & Co Jewelry House in honor of the coronation of George V and Mary on June 22, 1911 and the subsequent assignation of the titles of Emperor and Empress of India to them at a ceremony in New Delhi on 12 December of the same year. 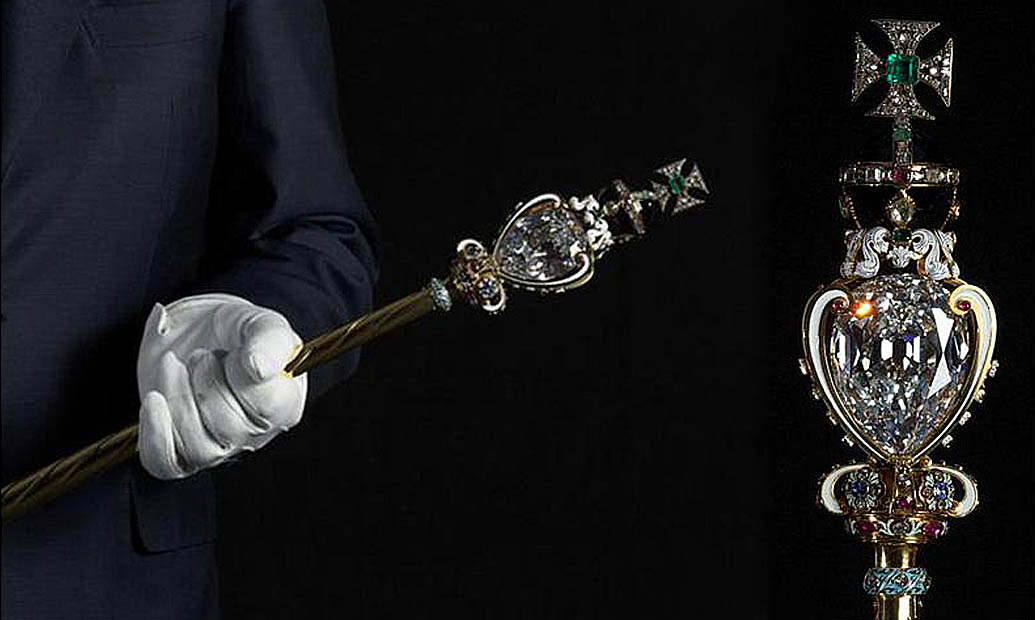 In 1911, store and workshop of Garrard & Co moved to 24 Albemarle Street, where they have kept the Honorable status to this day. 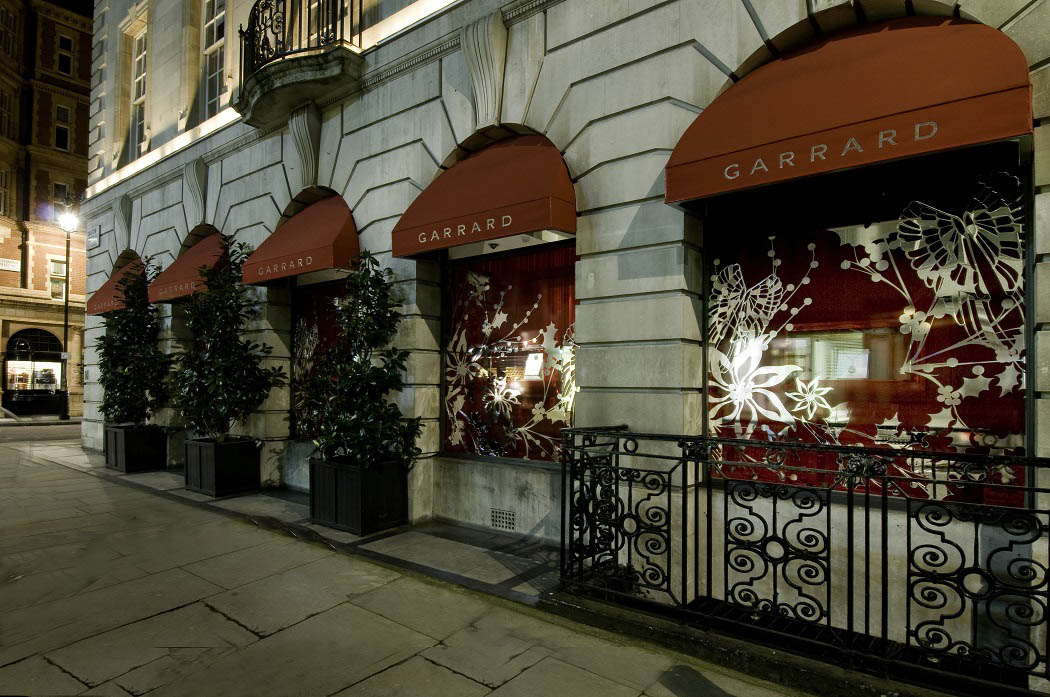 An order from the British armed forces to create range finders for accuracy of firing the artillery shells served as a manifestation of confidence to Garrard & Co. In 1915, Garrard Engineering and Manufacturing Company was established. It developed and produced the necessary equipment. In 1920, its new engineering and manufacturing division Garrard & Co successfully mastered making of spring actuators for gramophone. Grammophone motor designed by Garrard & Co was the best spring engine ever made. 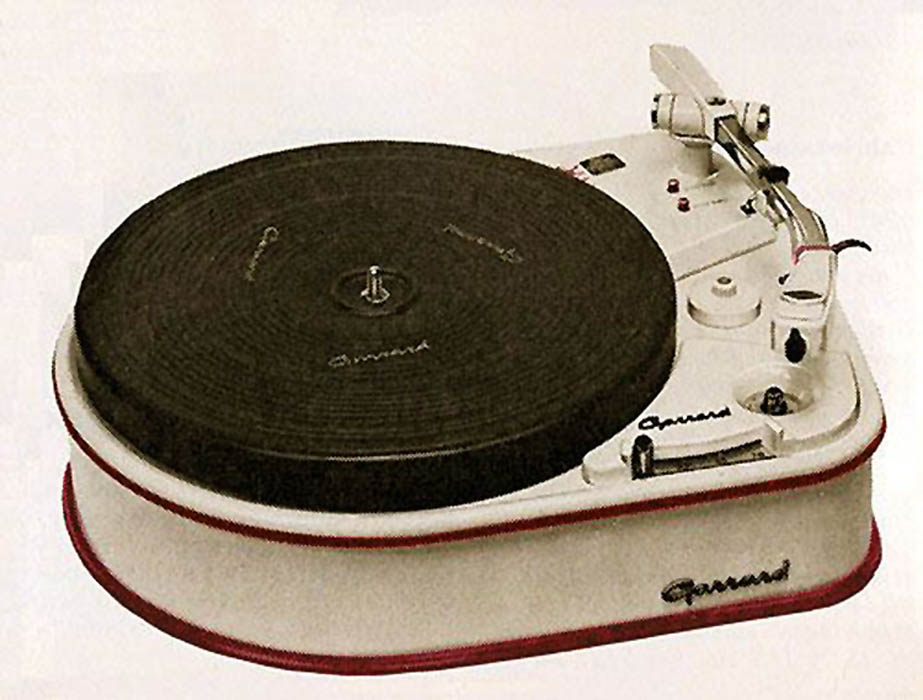 A record player by Garrard & Co.

The name of Garrard & Co is inextricably linked to the coronation ceremonies, as well as with high responsibility and prestige attached to the holders of the title “Royal Jeweler”. It is Garrard & Co, who prepared Crown “The Imperial State” for the coronation of George VI in 1937. 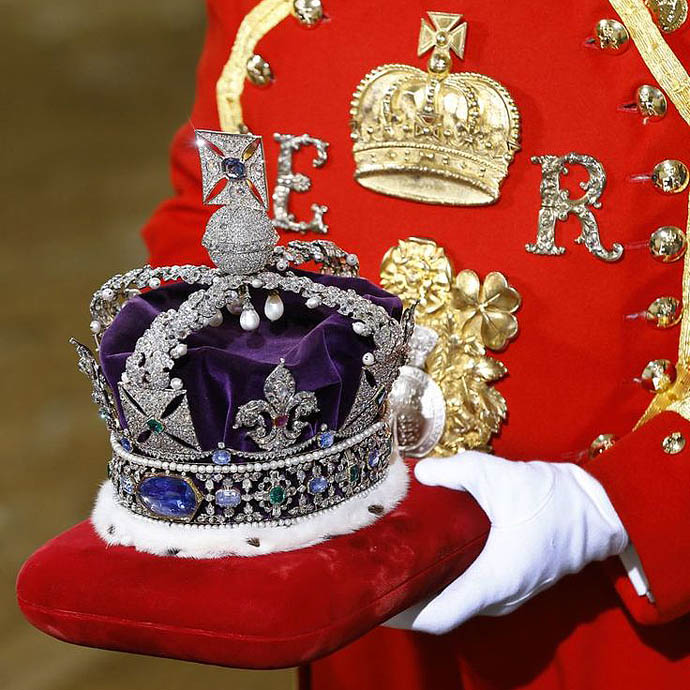 Company Garrard & Co would remain in the hands of the Gerrard family until the death of Sebastian Henry Gerrard, the great-grandson of Robert Gerrard Sr., in 1946.

During the long years of glorious existence, Garrard & Co changed its owners repeatedly, but fanciful beauty of charming and elegant jewelry remained unchanged. 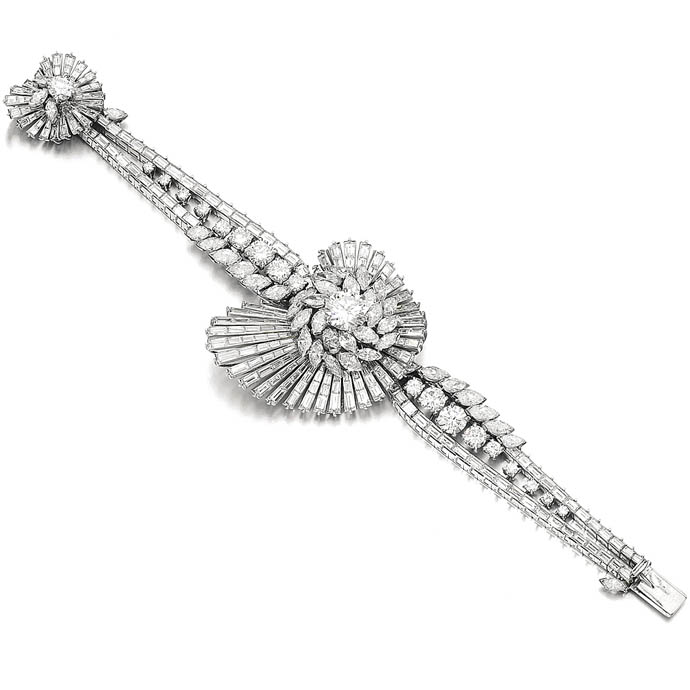 House of Garrard & Co hasn’t left unheeded members of the Royal Family, who are closer to our time. The wedding of Princess Elizabeth in 1947, alteration of the Crown of the British Empire for the Queen Elizabeth II in 1952, Lady D’s diamond tiara with tear-shaped pearls, engagement rings of Diana and Prince Charles – the status of Royal Court supplier was an obligation. 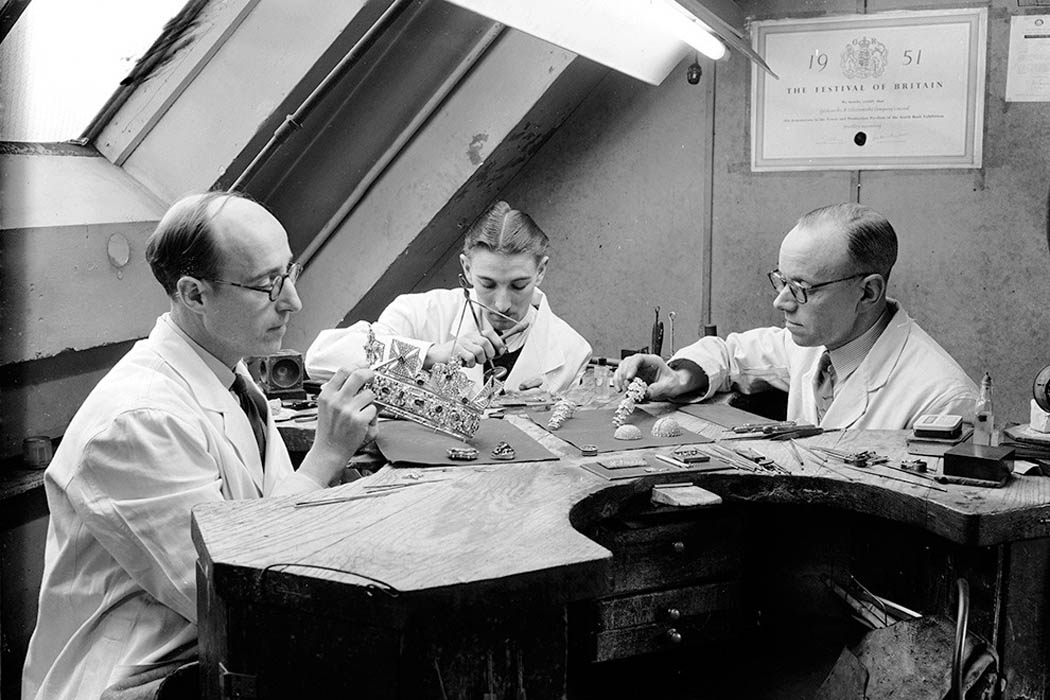 In 1998 year, there was the need to merge jewelry House Garrard & Co with another famous ancient jewelry company – Asprey.