Treasures of the World. Cufflinks out of Сoins

In recent years, many buried treasures were found and the coins were the lion's share of it. 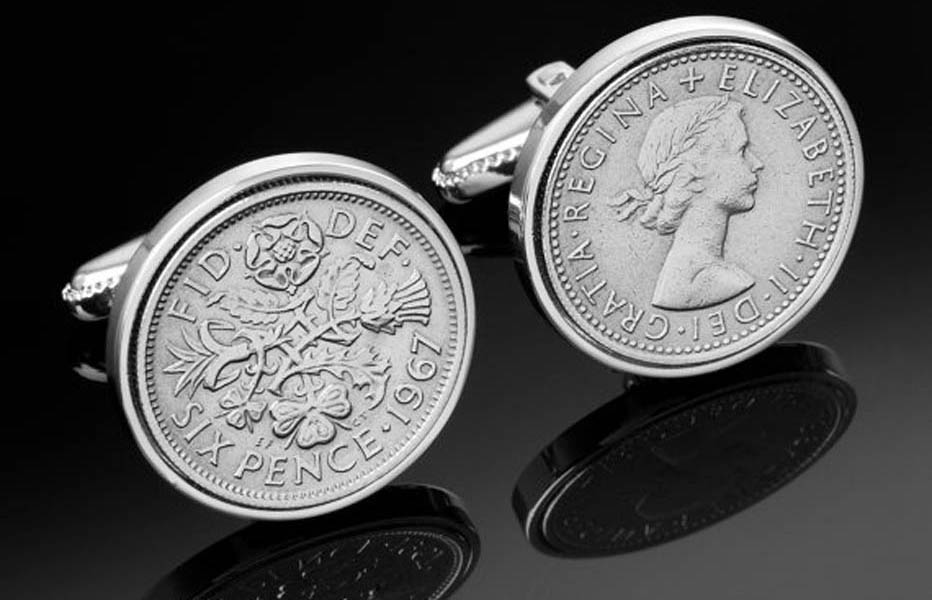 350 gold coins were found and nine of them were especially rare ones. These were the golden reals coined in 1715 for the Spanish King Phillip V. An estimated value of each such coin is about 300 thousand dollars.

In the waters off Florida's Coast treasure hunters raised values for a total amount of about 4.5 million dollars from the bottom of the Atlantic Ocean. It took place on 30 and 31 July 2015 on the 300-th shipwreck anniversary of the Spanish flotilla, filled with a valuable cargo.

It is noteworthy that the findings were made on the 300th anniversary of the galleon wrecks.

On July 24, 1715, 11 ships left to Spain from Havana with the load of the royal treasures of the total cost of not less than 400 million dollars in modern prices. Off the Florida's central coast the ships encountered the hurricane. The winds and waves smashed the flotilla onto reefs. As many as one thousand crew members and passengers were lost.

In addition, the Schmitt family (father, mother and several children) took part in treasure hunting at the coast near the Fort Pierce. The waters 210 kilometers off the north of Miami are regarded by treasure hunters as promising: here in 1715 the powerful Hurricane sank 11 ships of the Spanish fleet, filled with gold and jewelry.

Treasure hunting is the family profession for Schmitts. A few years ago, at the bottom they found the 15-meter gold chain, jewelry and coins with a total value of about 300,000 dollars. Under the laws of the United States, 20% of the treasure belongs to the State (values are usually sent to the Museums). The rest is evenly divided between the owner of the site and those who detected the treasures. The new discovery was made on June 17, 2015, but it was decided to inform about it on July 30 (the day precisely 300 years ago the Spanish flotilla suffered wreckage).

The right of discoverer belongs to the 27-year-old Erick Schmitt, who dived to 3.7 meters down at a distance of 305 meters from the shore and detected the gold coin. Then with the joint efforts of the entire family 12-meter long chain of gold was found, and the total number of coins was 51. Experts call a rare gold coin, minted for the Spanish king Philip V, the most valuable one. Its value may reach 500,000 dollars. In total the treasure is estimated at 1 million dollars.

The genre of unique cufflinks "Treasures of the World" can make the new masterpieces, created in the single copy, where a pair of coins from the treasure trove can serve as a basis. Jewelers will design it so skillfully that the coins will not get any damage and save their historic and numismatic value. Such work will combine the jewelers' skill of the past and the present. The cost of such cufflink set will surely be more than a million dollars. 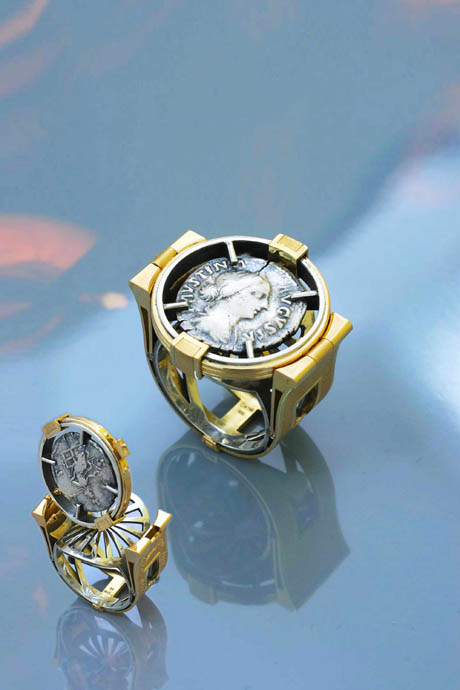