Chess is the Art

Chess is most often referred to as a "game". Yes, it is a game, but it includes many elements of the sport, science and art. 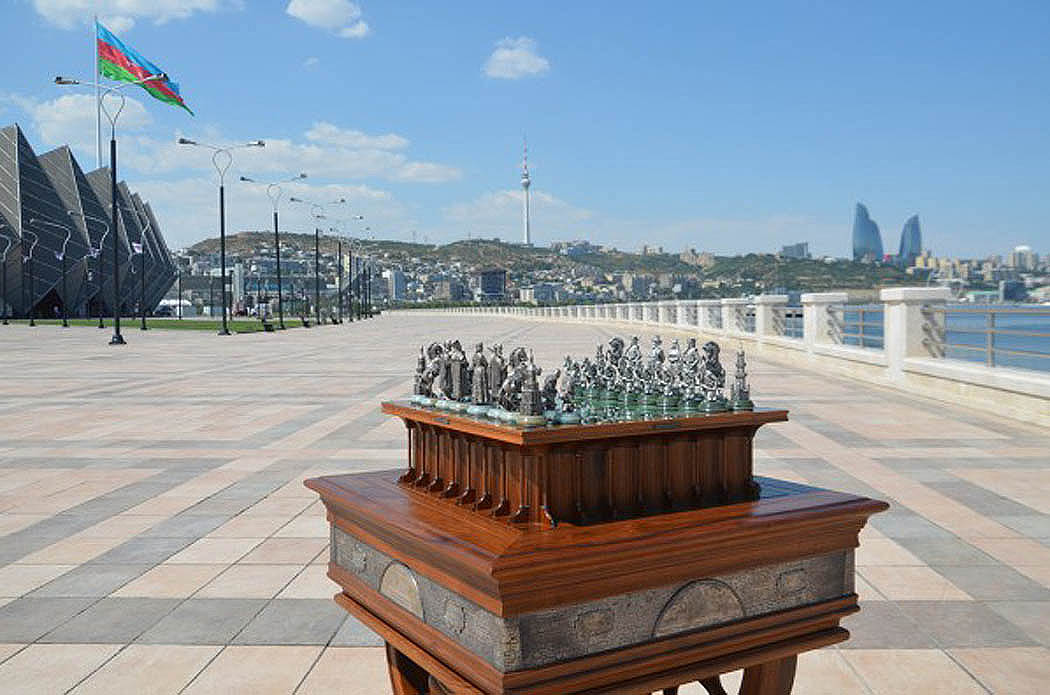 Unique chess set of The Marches on Bosporan. House of Lobortas

Everyone knows that chess originated in the ancient centuries in India and its history counts a number of millennia. One of the most ancient games on Earth, preserved up to our time, is practically endless – if the players had sticked to the chess board since the times of Adam and Eve, all possible games would have not been played even till now.

Over the centuries, the chess has been the subject of the competition between the world's best artisans. They sought to make the special image and present the chess pieces originally. Each time the expressive means of artists brought something new in their look. However, in the vast majority of cases it was related to the chess pieces only. There were rarer cases, when in a special way the innovations were related to the other two components, without which the chess were not possible to exist: chess board and the table.

Classic Jewelry House "Lobortas" introduced Its modest contribution in the history of chess art as well. 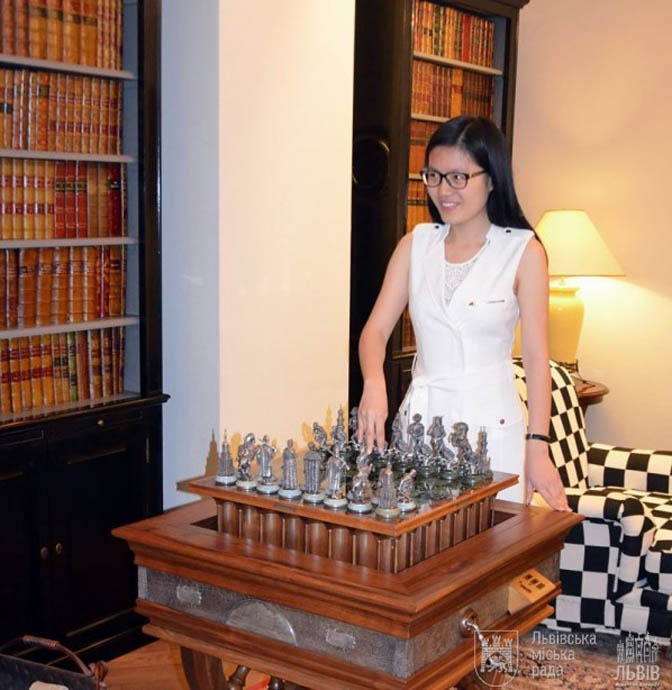 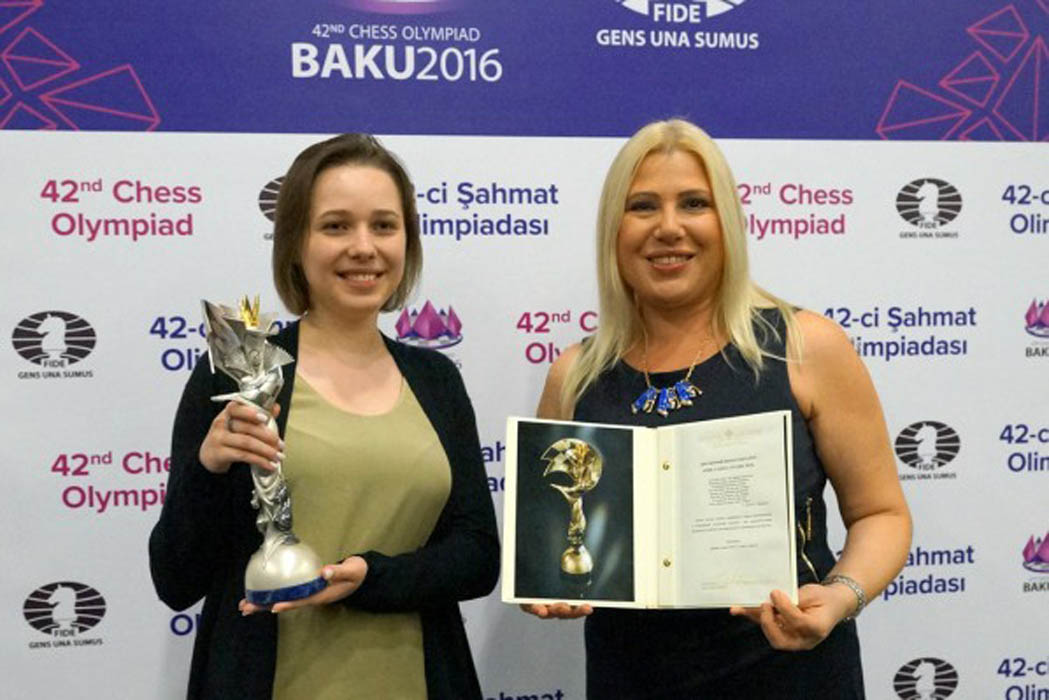 Official transfer of the women's chess award of Caissa to Maria Muzychuk, the 2015 best chess player, by Susan Polgar, the Chairman of the FIDE Commission for Women's Chess, Baku 2016.

Unique chess cufflinks and accessories had been creared by Lobortas House. 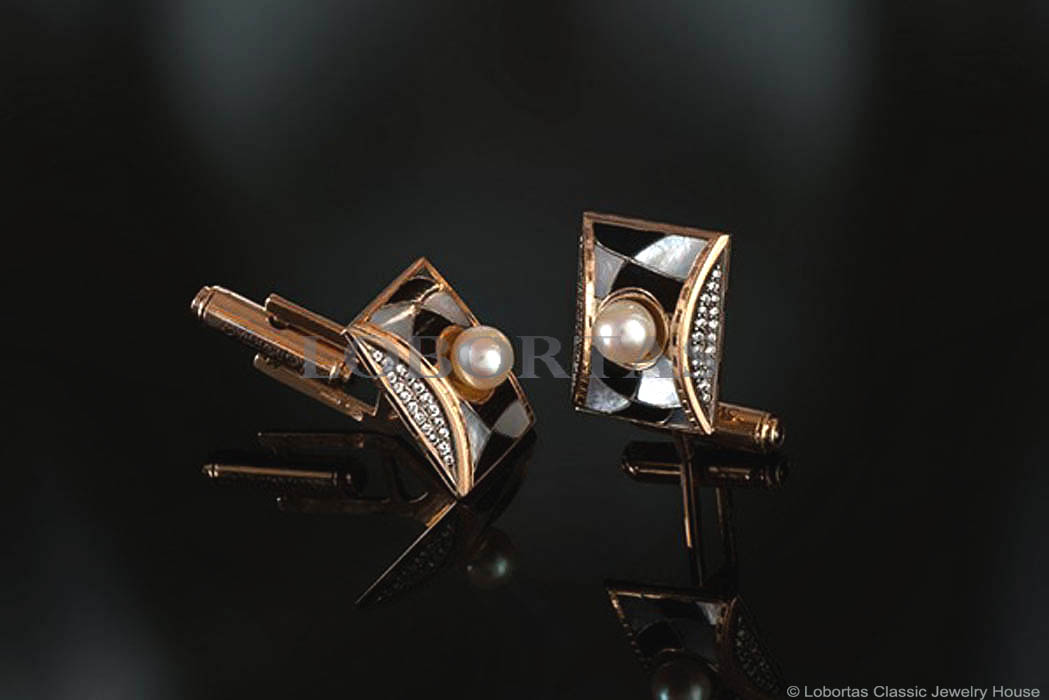 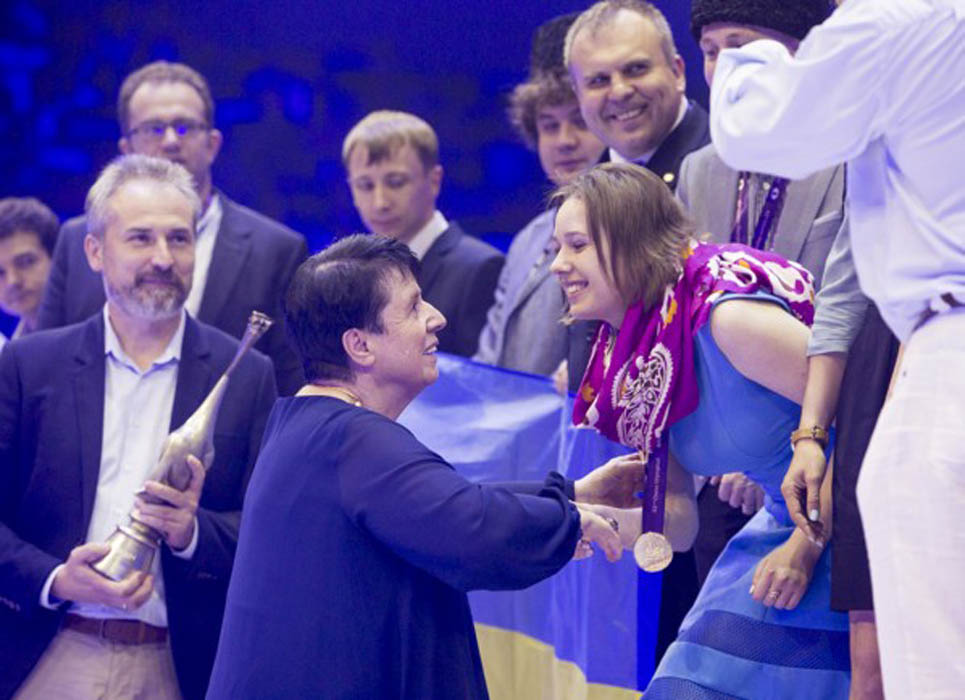 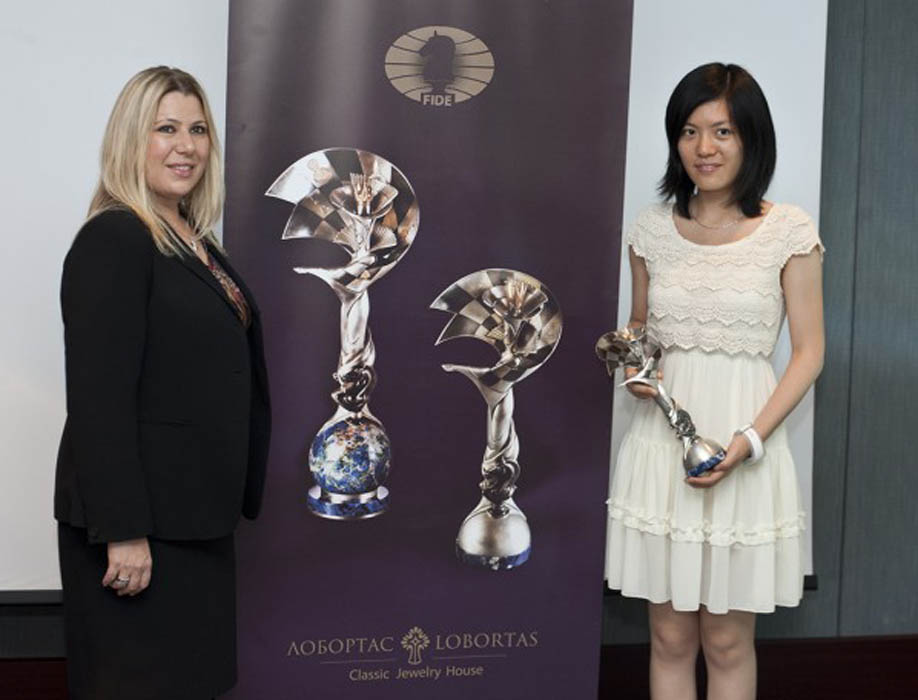 Hou Yifan and Fabiano Caruana are the history's first holders of the Grand Prix cups. 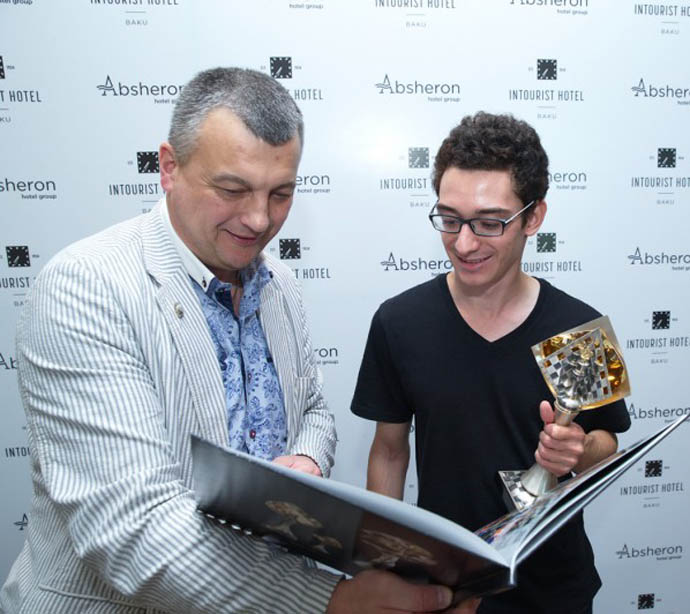 Taking into account the past and the present of the chess, their multidimensional public impact, you can say without exaggeration, "Chess is a beautiful and necessary part of the culture of mankind". Public impact on chess keeps increasing. Owing to chess, people receive the opportunity to entertain culturally, rest well and create unique designs in the area of jewelry and applied arts. Chess affect the identity, the team, the society. 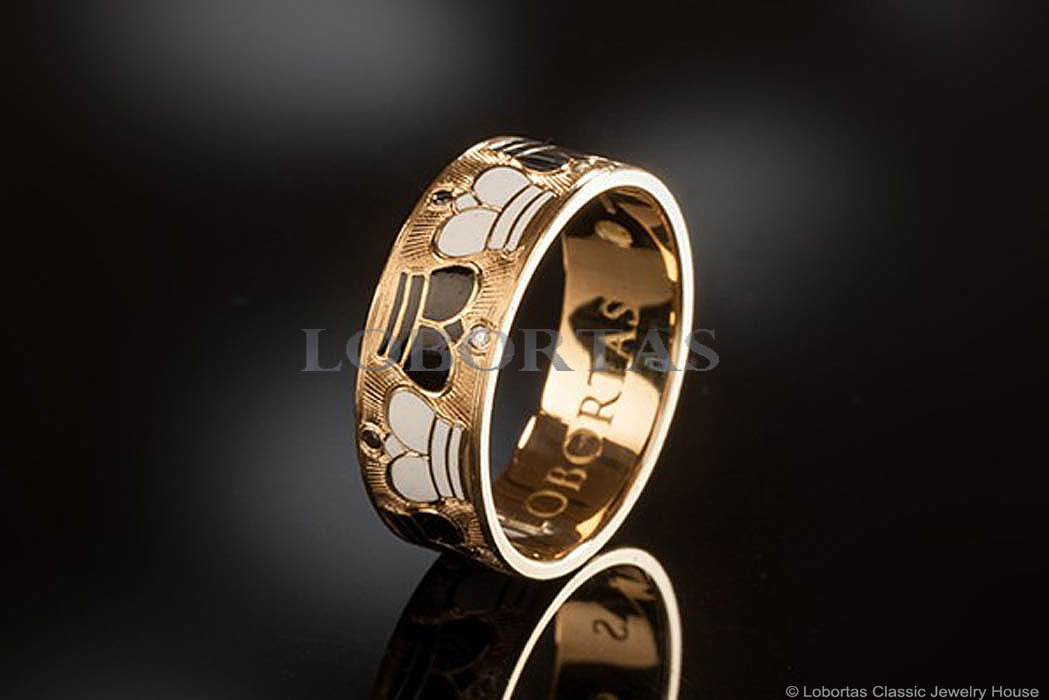 The Chess Study gold ring with enamel and diamonds. The House of Lobortas.
Photo by Vladislav Filin 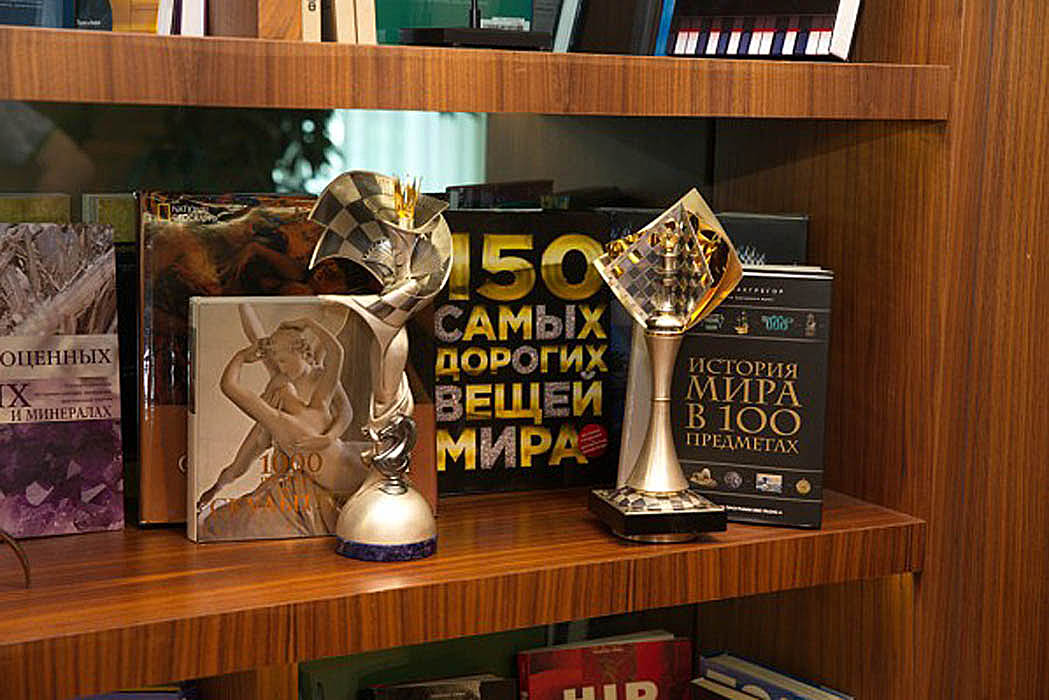 he Caissa Cup and the FIDE Grand Prix Cup in the men's individual championship. House of Lobortas.

A lot of people may wonder whether the chess are an Olympic sport? The answer to this question is "no", chess is not the Olympic sport. But the FIDE tries to make it so. Besides psychologists proved that the influence of chess in other sports is very high.

For example, chess boxing is gaining popularity in Europe. This combination of chess and boxing was invented in Germany. It would seem that what are the chances for the chess players against the boxers? It turns out that both of them devote themselves to chess boxing and the superiority of boxers over the chess players is far from clear.

At the World Chess Boxing Championship in Kalmykia an exhibition fight took place between Kirsan Ilyumzhinov, who used to go in for boxing, and Raimkul Malakhbekov, the ex-champion of the world and Europe. 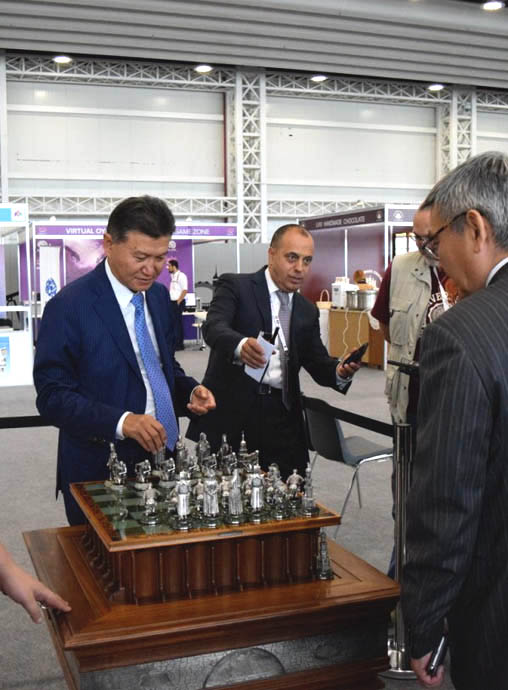 Kirsan Ilyumzhinov, the President of the World Chess Federation. 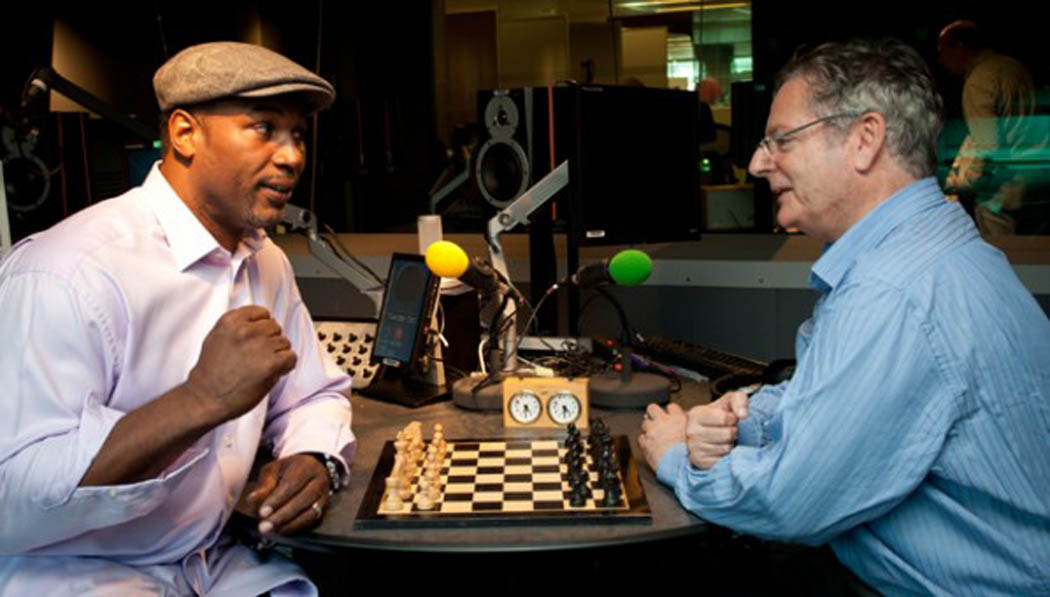 Vitaly Klitschko considers chess an important part of his training program, since they train ability to concentrate. "If we look into the boxing and chess, they are indeed very similar", Vitaly says, "two players play chess according to the registered rules, both players get the source material of the same number and value". 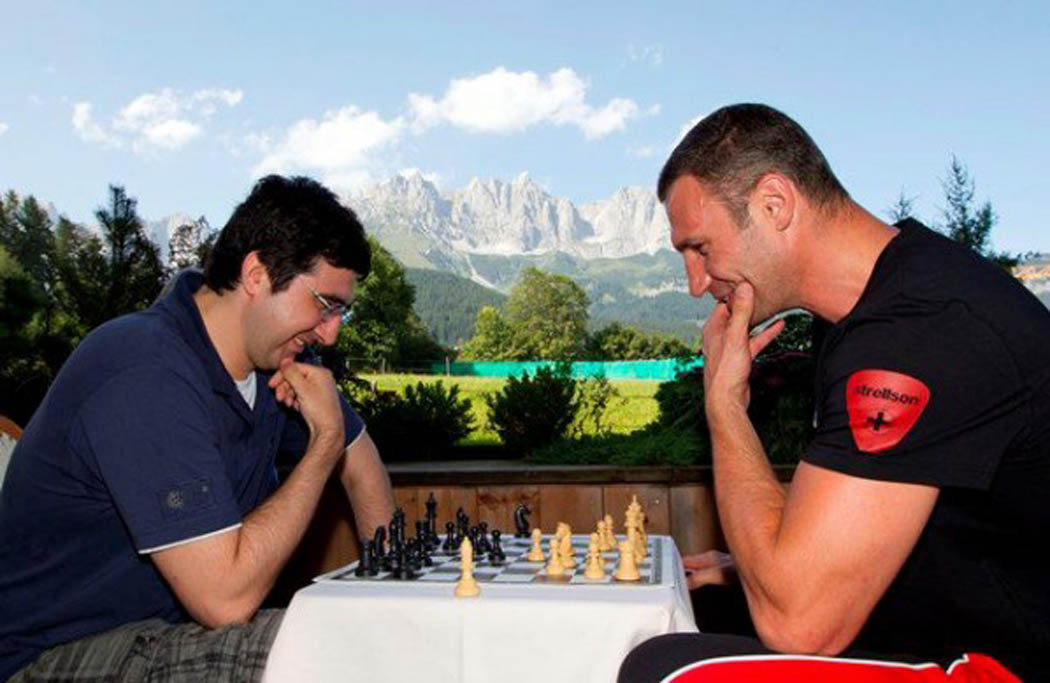 The game is open. The chess player learns the use of the logical thinking, contingency calculation, masters the strategy and tactics. He needs to learn thinking first and then doing, and, finally, to learn standing the defeat and victory. Both are difficult arts, but they nurture such features of character and spiritual qualities that are undoubtedly useful for an athlete, and strengthen the moral force, self-discipline and objectivity.

The common interests drew people closer. The motto "Gens Una Sumus" (We are one family) of the International Chess Federation (FIDE) perfectly demonstrates the mutual respect of many people throughout the world, communicating with each other in the language of chess. There is no doubt that the increase of individual and team competitions promotes rapprochement, better mutual understanding and friendship of individuals and the entire nations through them. In such way the cause of peace becomes stronger. 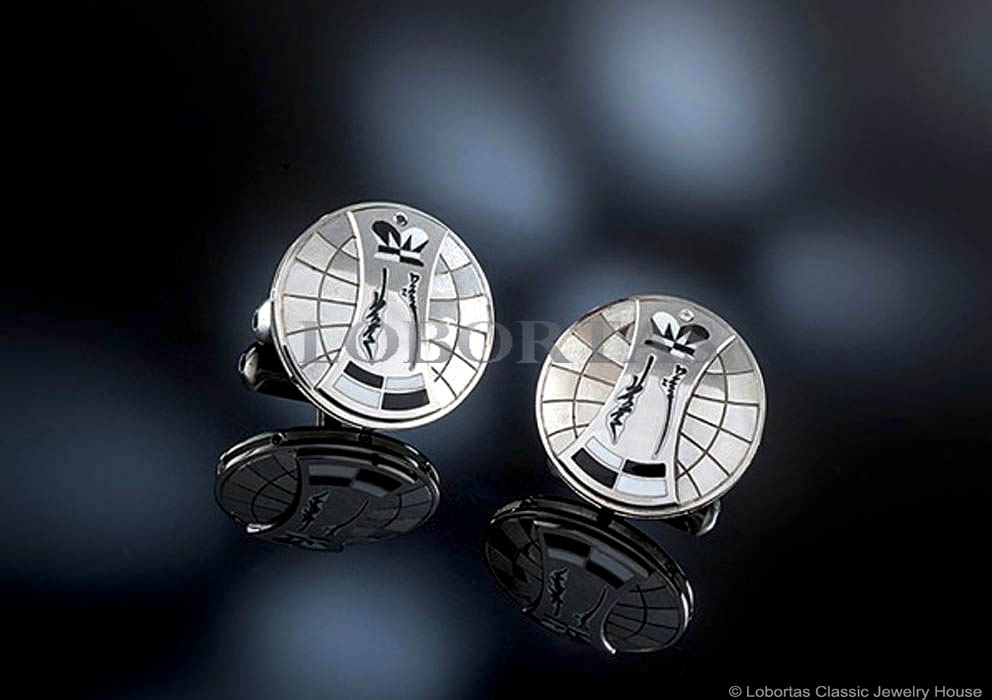