On September 25, 2013, the 10th Anniversary Congress of Leaders of World and Traditional Religions took place.

Under the arches of the pyramid of the Palace of Peace and Accord in Nur-Sultan, topical issues of strengthening mutual understanding between religions and cultures were discussed. 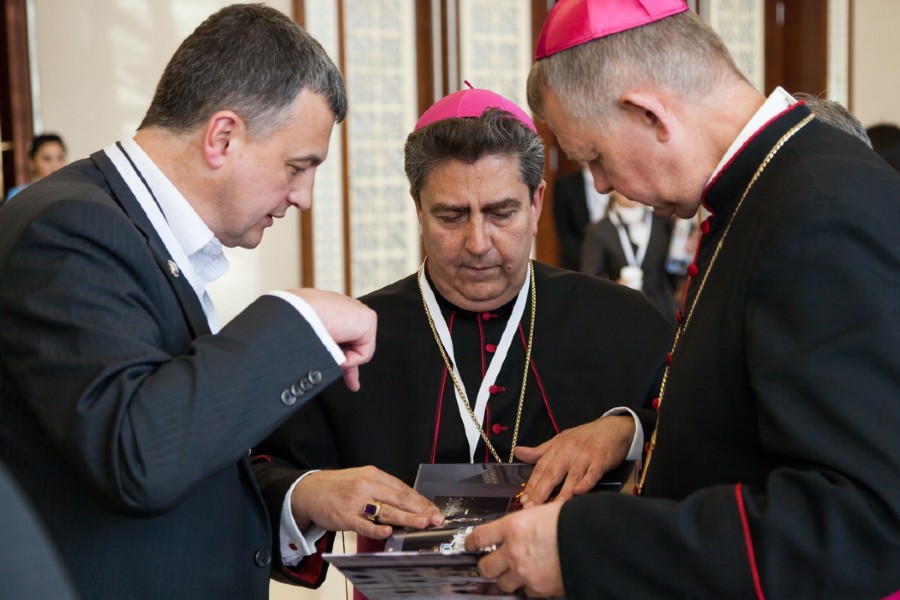 Representatives of Roman Catholics and Igor Lobortas at the Congress of Leaders of World and Traditional Religions.