The men’s cufflinks “PATRIARCHAL MONOGRAM” represent the precious monogram of His Holiness Patriarch Kirill of Moscow and all Rus’.

The very word “monogram” derives from Polish “wezel” (a knot) meaning one’s own name’s initials inscribed in ligature-style and composing an emblem-pattern. The characteristic features of all monograms are finesse, simplicity, perceptibility of symbols and the completeness of a composition. Since the VII century the highest confessors and monarchs have been attesting their title-deeds with own monogram-engraved seals. Numerous coins and church plates bear the traces of monogramming as well.

Monogram of Catherine II   |   Monogram in the ancient theater

The XXI century inserts some new symbolic meaning into the phenomenon of initialization – a monogram tacitly demonstrates the individual status and oneness of its owner.

There are delicately tangled letters “П” and ”К” (for Patriarch Kirill) on the right side of the “PATRIARCHAL MONOGRAM” cufflinks. The lettering is on the green enamel background, which is also not for nothing, because Russian Patriarchs have traditionally used this color to symbolize the eternal life.

The monogram is diademed with the Patriarchal “crown” which represents the Judaic King and baby Jesus. The heraldic pattern is set off with golden laurel wrapped around with the red-mid-striped white band.

During his enthronement (from Greek ένθρονισμός) Patriarch Kirill’s monogram was decorated with the Holy Altar and Banner. One could also see this sign upon the Testimonies and the mantle, the Patriarch’s clothing and his standard. 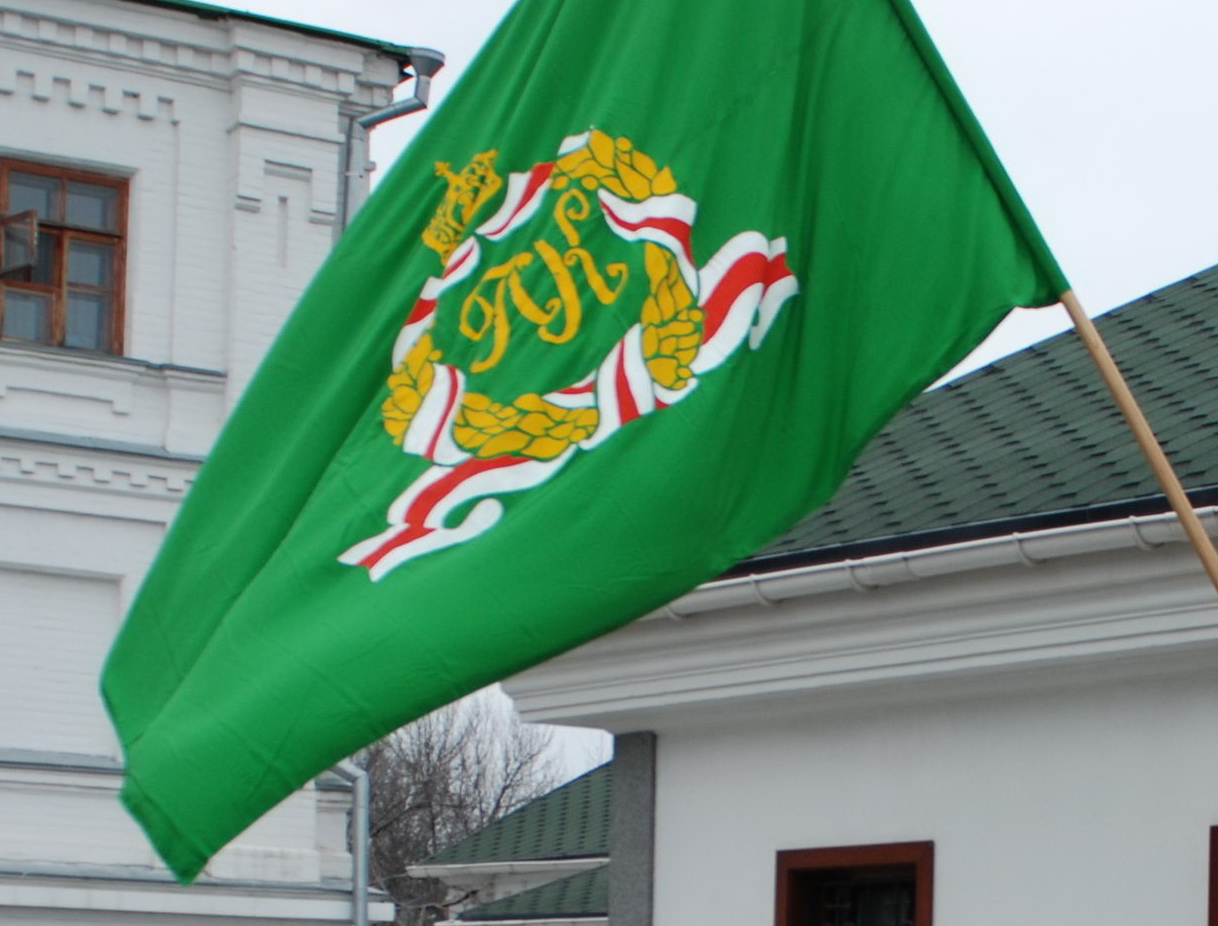 The flag with the monogram of Patriarch Kirill