In 2019, Pope Francis received the head of the Ukrainian Greek Catholic Church Svyatoslav (Shevchuk) at an audience in the Vatican. 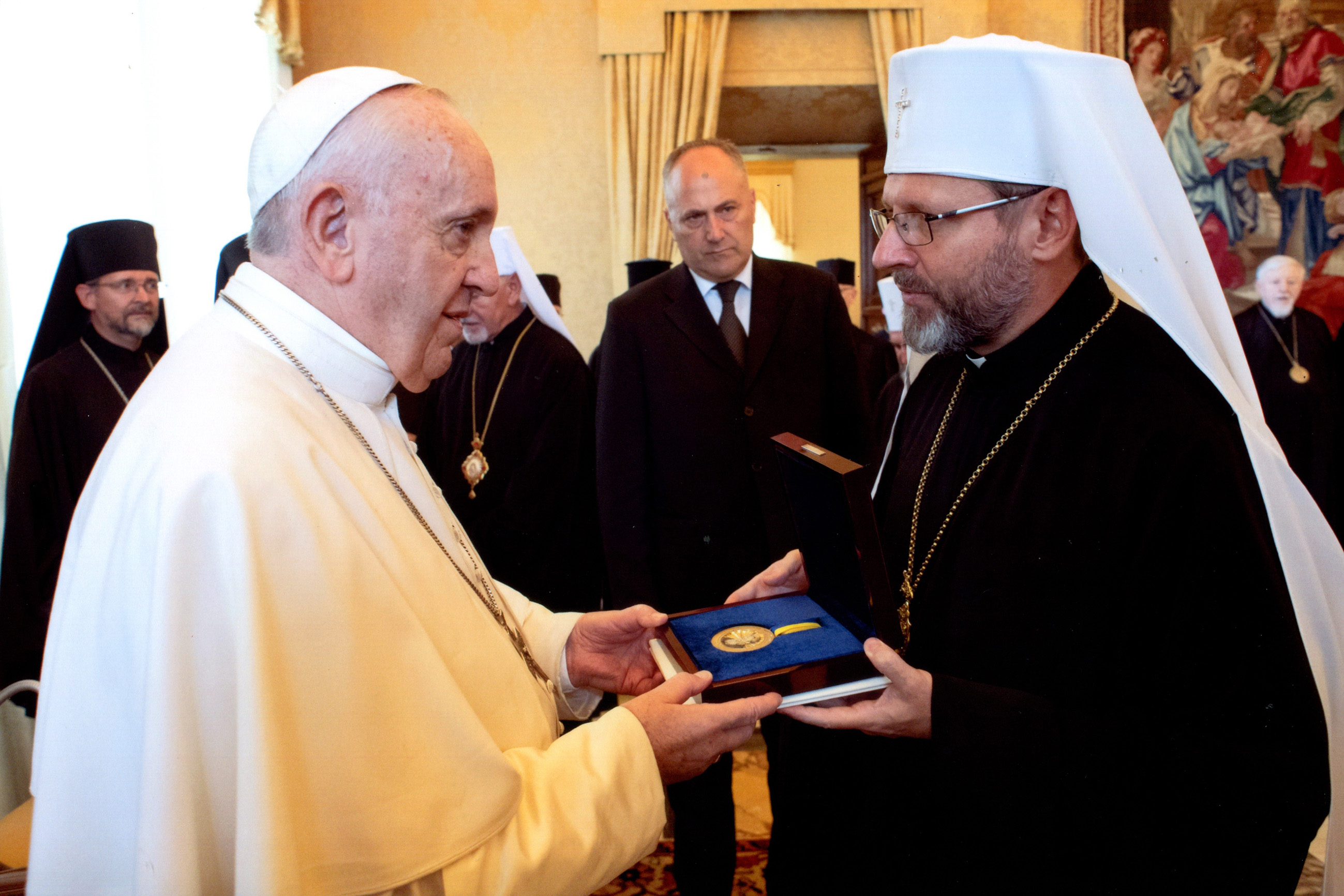 Francis is the 266th Pope of Rome and Svyatoslav Yuryevich Shevchuk is the supreme Archbishop of Kyiv and Galicia, the head of the Ukrainian Greek Catholic Church.

At the meeting, a special gift – the medal of Andrey Sheptytsky, which is a real masterpiece of medal art – was presented by the head of the UGCC.

A righteous man of faith – this is how Sheptytsky is known all over the world. For Ukraine, Metropolitan Andrey is one of the greatest persons of the Ukrainian Greek Catholic Church, his actions have always been guided by love for people, truth and honesty. Metropolitan Andrey, as Prince Vladimir the Great once, Yaroslav the Wise later, then Bohdan Khmelnytsky and Taras Shevchenko, and today the leader of our state set the vector for further development of Ukraine.

In commemoration of the memory of Metropolitan Andrey Sheptytsky, the Lobortas Classic Jewelry House has created a commemorative medal, a new evolutionary step of the medal art of the XXI century, which has no analogues.