Opening of the MemoryArt object
dedicated to the Kyiv camera 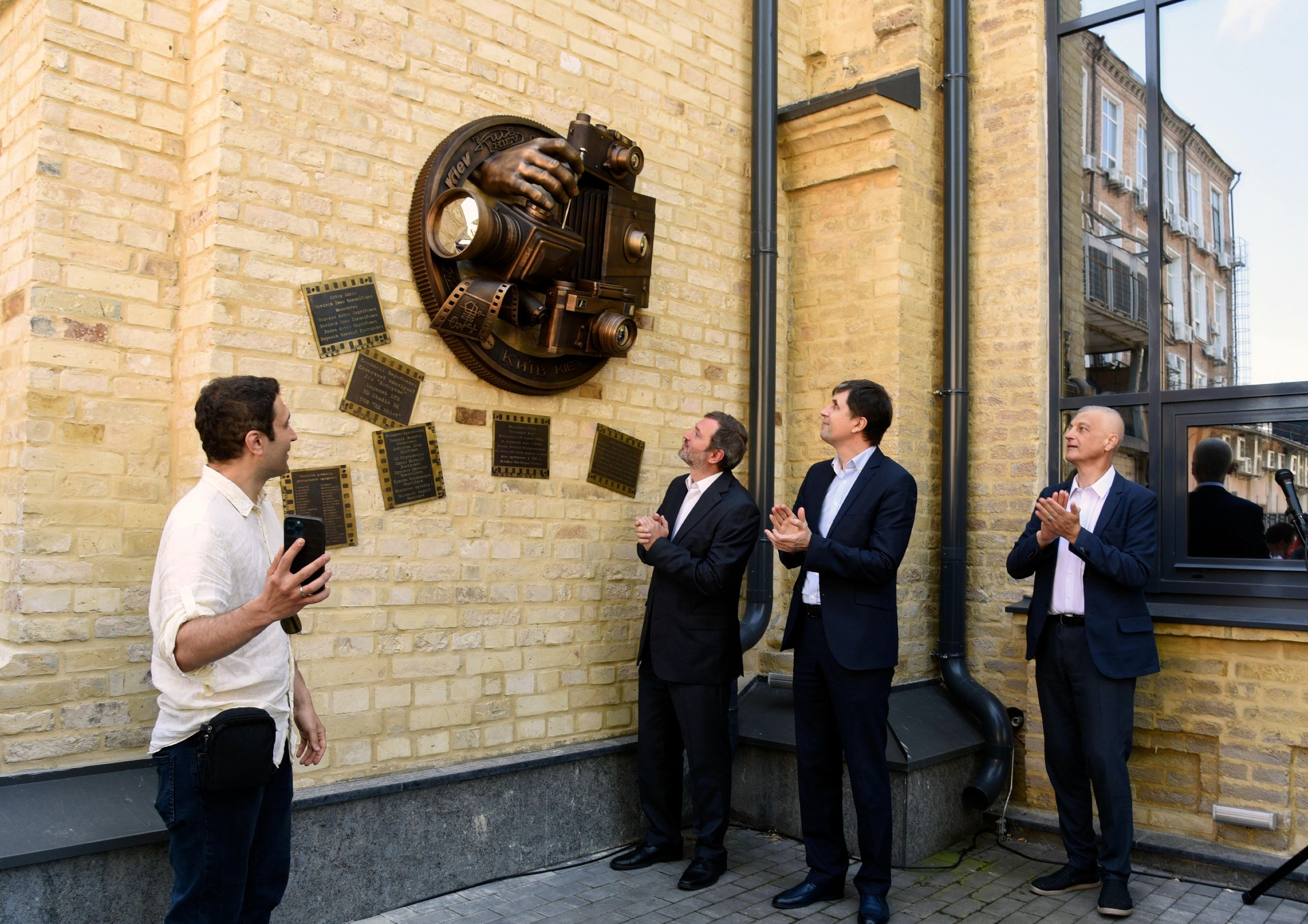 The opening of a commemorative MemoryArt dedicated to the world-famous high-end cameras, which were produced under the trademark of Kyiv, took place. This year the photo turns 200 years old. The date of August 19 was not chosen by chance, because World Photography Day is celebrated on this day. 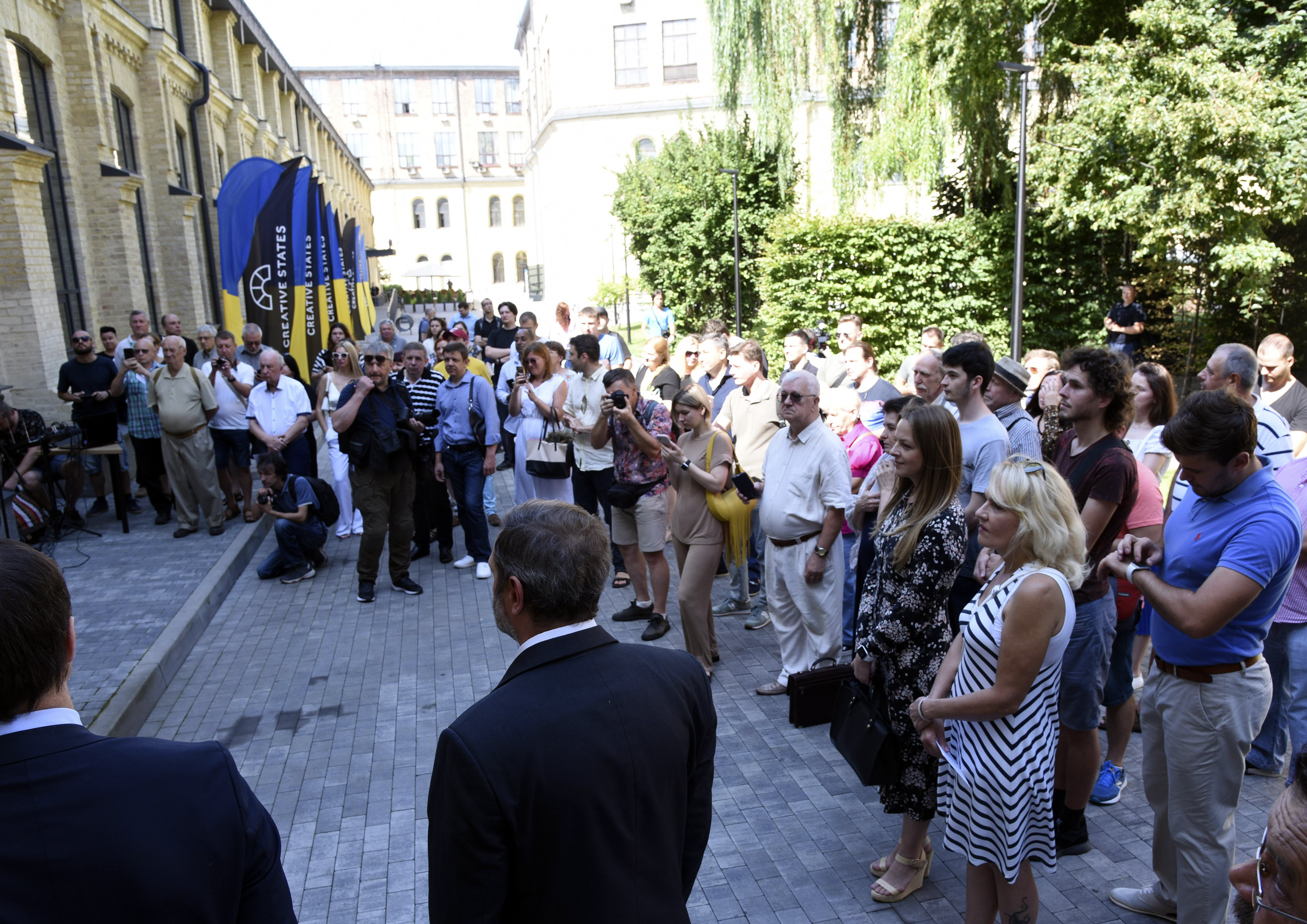 Guests of the opening ceremony of the MemoryArt object of Kyiv

The memorial object was installed on the facade of building no. 7 of the Arsenal Factory, known as the Koval Workshop, which was built back in 1914-1915 according to the project of military engineer Captain Fleischer and has the status of a monument of architecture and urban planning.

The project of creating and installing a MemoryArt object to the Kyiv camera was carried out by the Lobortas Classic Jewelry House on the initiative of the historian and Ivan Zotikov, expert in the field of optical and mechanical industry of Eastern Europe.

The first technical device that helped photography to be born was a pinhole camera. During his experiments on the formation of a helio-graphic image in 1812, the French inventor Joseph Nicephore Niepce invented a heliograph, which can be considered the world's first camera. The action of the camera, called the "dark room", was carefully studied during the Renaissance. In 1822, Joseph Nicéphore Niépce got lucky and it was he who received the first image, the prototype of modern photography. Unfortunately, the picture has not survived, so the first photo is considered to be the View from the Window at Le Gras made by him in 1826. It was made using a pinhole camera on a tin plate covered with a thin layer of Syrian asphaltite.

Over the two hundred years of its existence, photography has evolved from a documentary tool to an artistic medium and now occupies its place in art along with painting and sculpture.