From 27 August to 10 September 2012, the 40th anniversary Chess Olympiad in Istanbul with the participation of 157 countries. The national team of Armenia gained a victory among men, and the national team of Russia – among women. 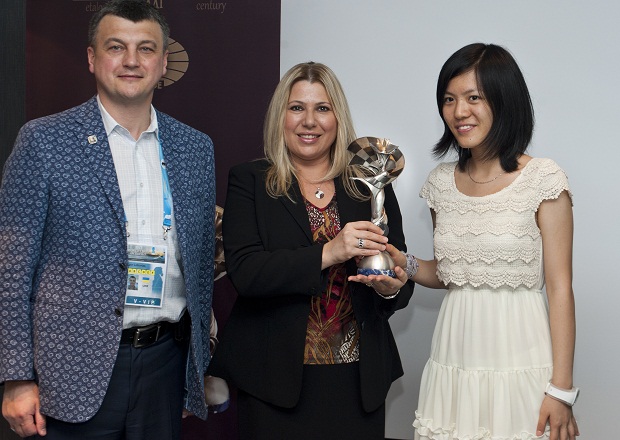 September 2, during the meeting of the Women's Chess Committee, which is chaired by Susan Polgar, the grand master among men, multiple world champion in chess, Guinness world record holder, Hou Yifan, the FIDE 2011 top chess player, the representative of the People's Republic of China, was awarded with the Small Caissa cup by Igor Lobortas and Elena Kadyrova, chief sculptor of the Lobortas Classic Jewelry House.

In the course of its history Lobortas Classic Jewelry House was connected with the most important awards in the chess world, the artisans of the House Chuvashia restored the precious cup of Nona Gaprindashvili, made engravings on the Hamilton-Russell Cup, the main FIDE trophy.

The creation of Caissa was initiated by Alexandra Kosteniuk, world chess champion. The cup is crafted out of silver, gold and diamonds. Unique jewelry techniques and technologies are used to create this trophy.