Cufflinks to the Special Order of the Roman Pontiff Francis

On the holiday of the Holy Martyr Jehoshaphat, by special permit of Pope Francis in the St. Peter Basilica in Rome, a solemn Liturgy on 50th anniversary of translation of the Holy Relics of Jehosaphat to this sacred place. 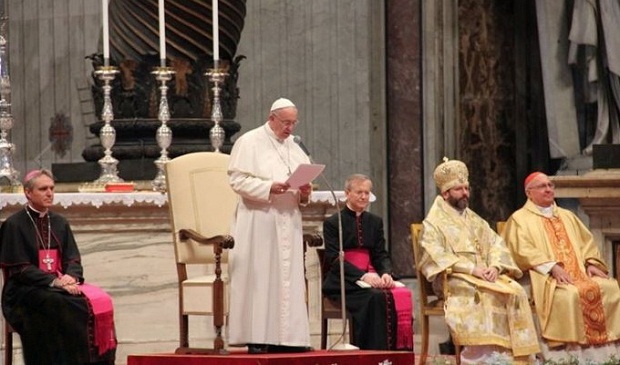 The solemn Liturgy with the participation of Pope Francis.

The ceremony of the Liturgy was attended by 200 priests. At Pope's meeting with pilgrims from Ukraine the unique cufflinks, crafted in imperial enamel jewelry technique, were presented to him. The cufflinks were presented by Igor Lobortas, the Head of Classic Jewelry House "Lobortas". The cufflinks depict a scroll with the Pontiff’s emblem, and on the back there is the Jerusalem cross and a swivel bar in the shape of famous Christian fresco, the fish and loaf basket.