Unique collection of the 21st Century Sports in Sculpture was born as a reflection of the modern world of sports, which has become part of the achievements of modern history. It was presented within the framework of the Cultural Program of the 2nd European Games 2019 in Minsk. This unique collection of modern jewelry sculpture has become a resonant and historically significant event for the entire sports and cultural world and demonstrated sports as an ultramodern achievement in a new spectacular framework through the most sophisticated of the arts – the artistic jewelry of the 21st century. 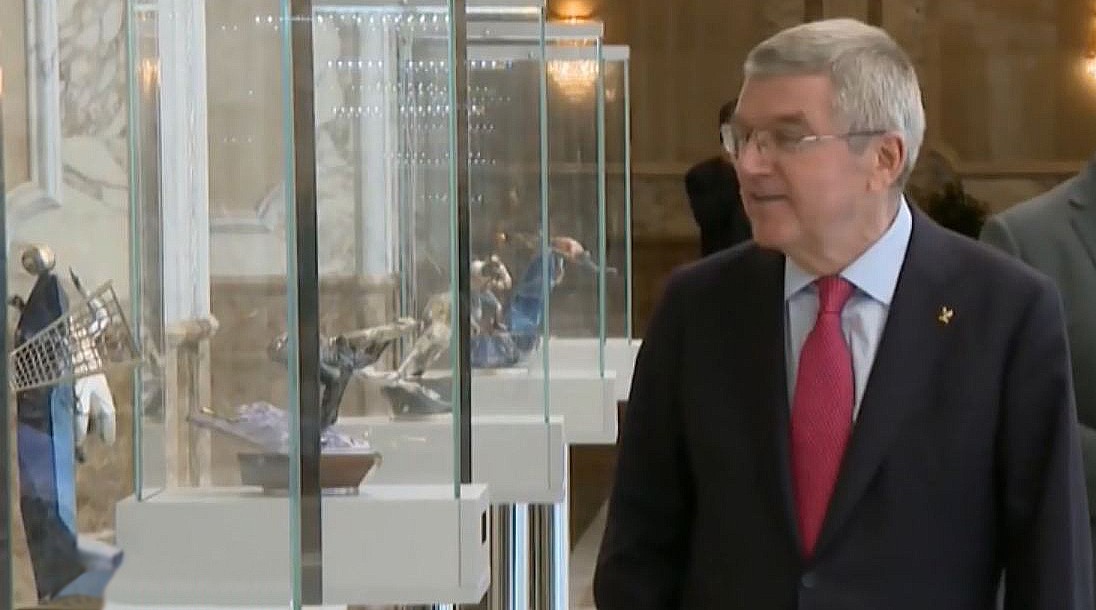 Thomas Bach, the President of the International Olympic Committee.

As is well known, the topic of sports is resonant and attracts attention actively in the modern world. The Olympic Games revived since 1896, which after a number of years fueled universal interest therein more and more, served for the emergence of this phenomenon. Thus, over the past more than 100 years, the sports have become one of the highest achievements of civilization, giving rise to the emergence of the brand new art form: dynamic sculptural miniature of the 21st Century Sports.

As the originator of the innovative directions of Realism of the XXI Century and the 21st Century Sports, the Lobortas Classic Jewelry House has united realism and the latest technical achievements in the small-scale sculpture, and the artisans, artists and engineers presented to the world a miniature sculpture the only of its kind, in which dynamic stands shape a special space, on which gladiators of the III Millennium converged. These miniatures of jewelry are filled with the expression of movement, which is achieved by combining two components: types of faultless and unique cutting applied in large minerals for the first time; and modern rotary and observational systems.

New images became possible owing to high-precision modern video, literally step-by-step photography and a "freeze-frame". It became possible to capture, and then to transfer the image of an athlete or a sports event of the XXI century in metal and stone in the brightest and most beautiful phase of the implementation of human capabilities, as well as to masterly perform all its attributes in the techniques of fine arts, to portray a modern sports uniform, by having passed all the realism of the materials, from which it is made, through exquisite jewelry techniques.

During the start of the 2nd European games and during the General Assembly of the EOC, the new collection was seen and appreciated by Janez Kocijančič, the President of the European Olympic Committee, Viktor Alexandovich Lukashenko, First Vice-President of the NOC of the Republic of Belarus, Presidents of National Olympic Committees of European countries, heads of international and national federations, as well as leading sports functionaries.

It should be noted that the collection was presented at the Independence Palace, the residence of the President of the Republic of Belarus, as part of the Cultural Program of the 2nd European Games 2019 and was demonstrated to the guests of honor and heads of state during official visits, and personally to Thomas Bach, the President of the International Olympic Committee and it was highly appreciated by him.

Also, the works included in the collection were adequately appreciated by leading experts in the field of art, as one of the most interesting creative and technical developments of the new Millennium. Undoubtedly, modern sports and art, simultaneously represented under the scope of the 2nd European Games, have contributed for the benefit of the humanity's main values understandable to all peoples of the world.